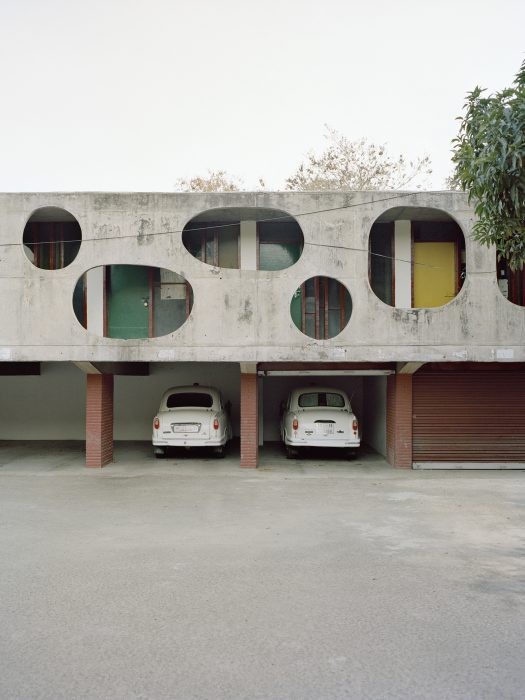 Art and Architecture can be interpreted as a a form of expression how humankind asserts itself in a certain environment, and the challenges it implies. Collectors Agenda has put together a series of artworks by international artists, who explore and reinterpret this interplay from different perspectives, for the »100 Häuser« magazine in the form of a limited edition.

Sculptor and photographer Werner Feiersinger (*1966 in Brixlegg, Tyrol) challenges the fractures and controversies caused by ambivalent objects and photographies which document what's already well-known. As a result of this process, he often points out surprising and unconventional perspectives. Feiersinger applies an accuracy in his photography which is matched by the meticulousness of his research and preparation work.

The edition is a framed photograph from his extensive series Chandigarh Redux. Chandigarh is Le Corbusier's planned city in Northern India. It is a peculiar place, not only because it has been conceived and constructed by one of the most influential architects of classical modernism, but also because in this place it was possible to implement the vision of Classical Modernism from scratch in all its consequence.

As the only German-speaking magazine »100 Häuser« presents the diversity of country-specific building culture. 100 projects by 100 architects provide a multifaceted overview of the different designs and diverse distinctive elements of a country.