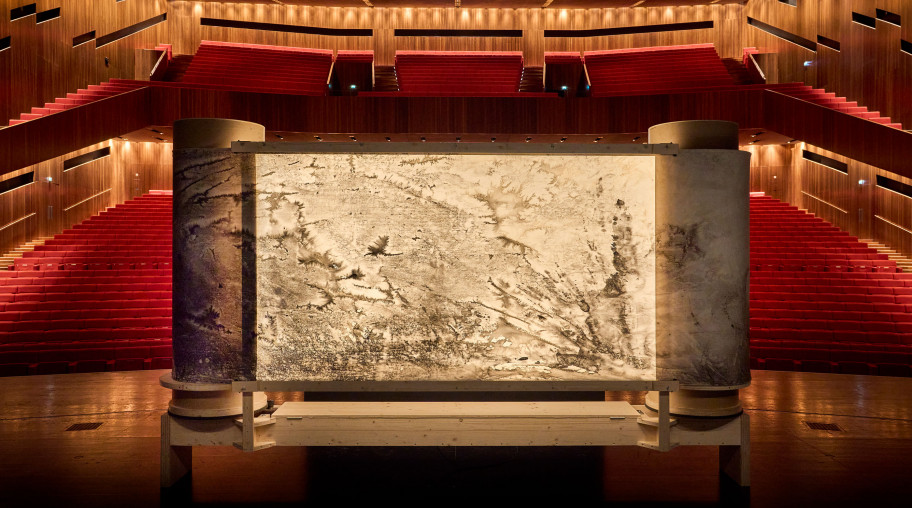 What does an opera sound like in the 21st century? How do sounds, stories and space affect each other and shape the way we see the world? The opera atelier, a joint project by Bregenz Festival and the Kunsthaus Bregenz, invites the audience to follow the creation of an opera over several years – a process that normally takes place behind closed doors.

Three different artists have come together to engage in creative exchange: composer and violinist Éna Brennan, director and librettist Sir David Pountney and artist Hugo Canoilas. In the last few months, the audience already had the chance to get to know them: Last August, Éna Brennan and members of the Symphonieorchester Vorarlberg elated the audience with their music during the Concert at the KUB. At the Insight 1, which took place at the beginning of this year, the trio already gave away that a mysterious octopus might be at the core of the project. Ever since, this diverse, sensitive and fascinating creature has influenced the work of Portuguese artist Hugo Canoilas, who lives in Vienna and New York. For the 2022 exhibition Phantasmagoria at the CAV – the Centro de Arte Visuais in Coimbra, Portugal – he created a huge painting that stretches across several rooms and depicts elements of an octopus. This piece of art may play a pivotal role in the premiere of the Opera Atelier at the 2024 Bregenz Festival.

At the Insight 2 at the Festspielhaus Bregenz the painting is at the center of attention. Hugo Canoilas talks about his work and his ideas for the upcoming opera project.