curated by Francesco Pedraglio: To Do Without So Much Mythology 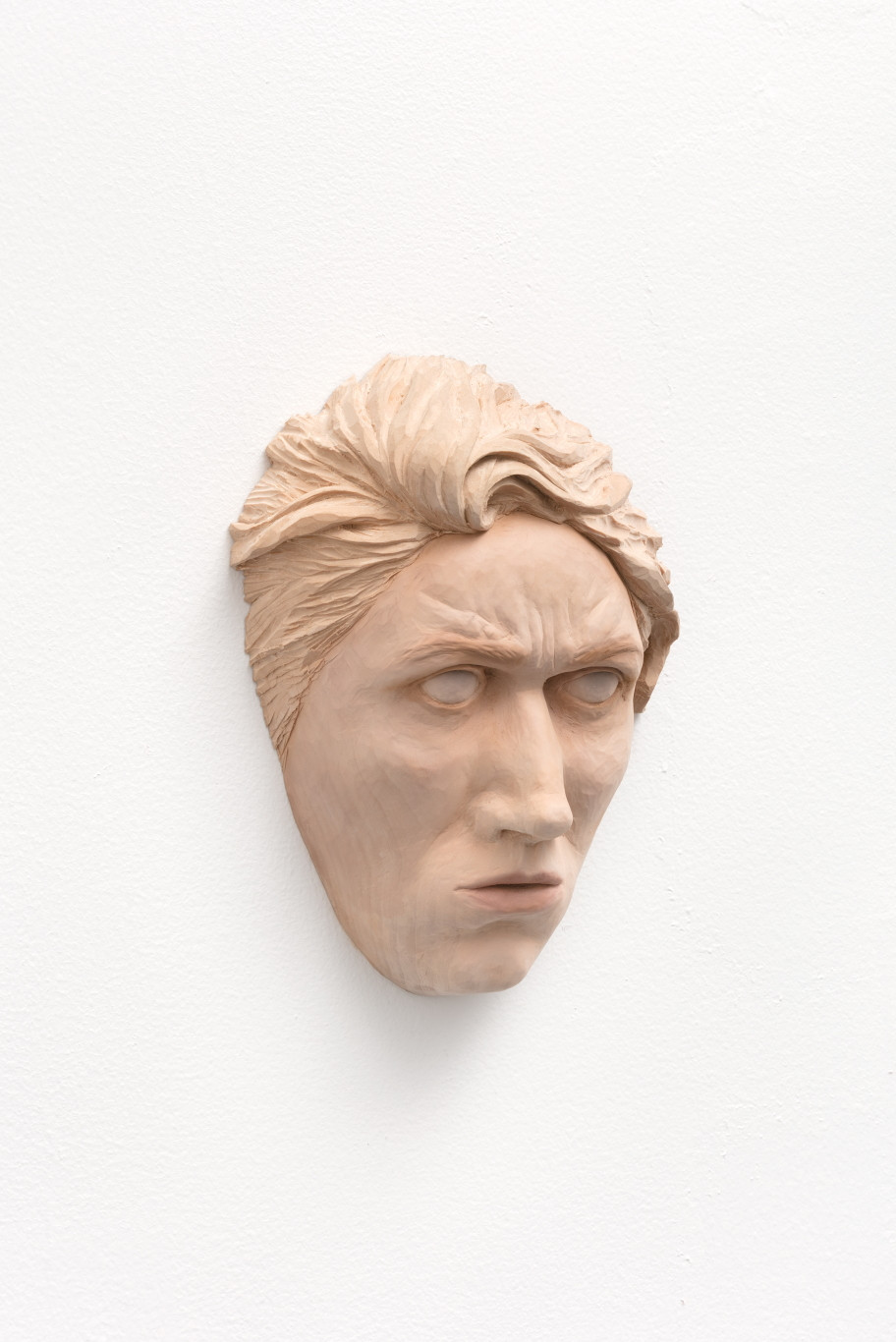 Beth Collar
Thinking Here Of How The Words Formulate Inside My Head As I Am Just Thinking (4), 2016–18
lime-wood, cosmetics. Image courtesy of Waldo, Maine 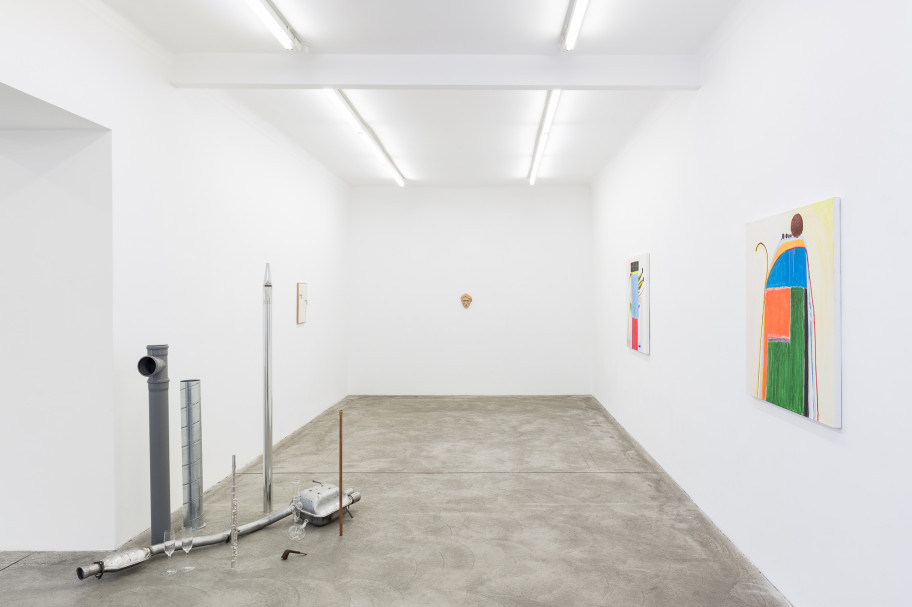 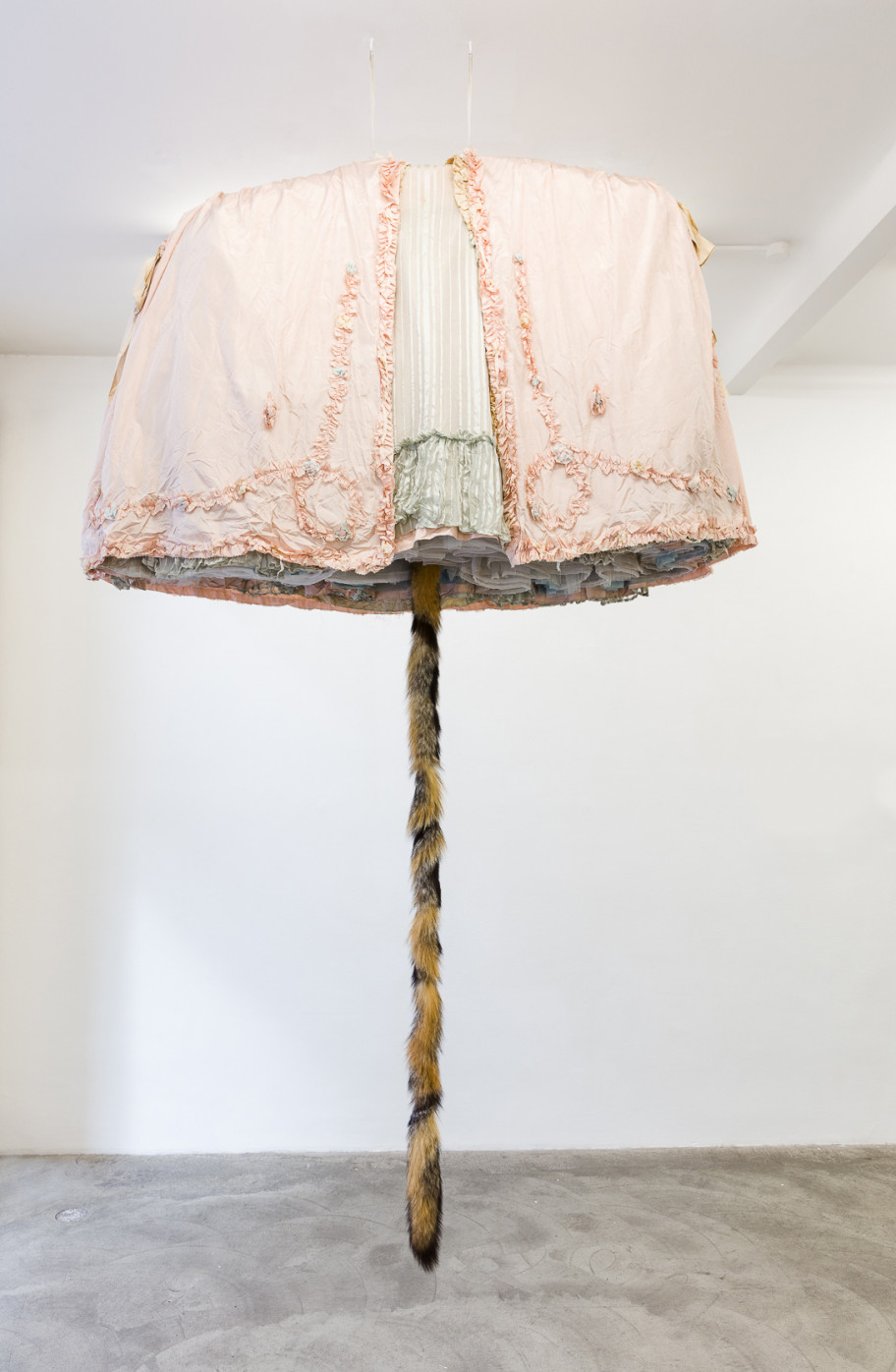 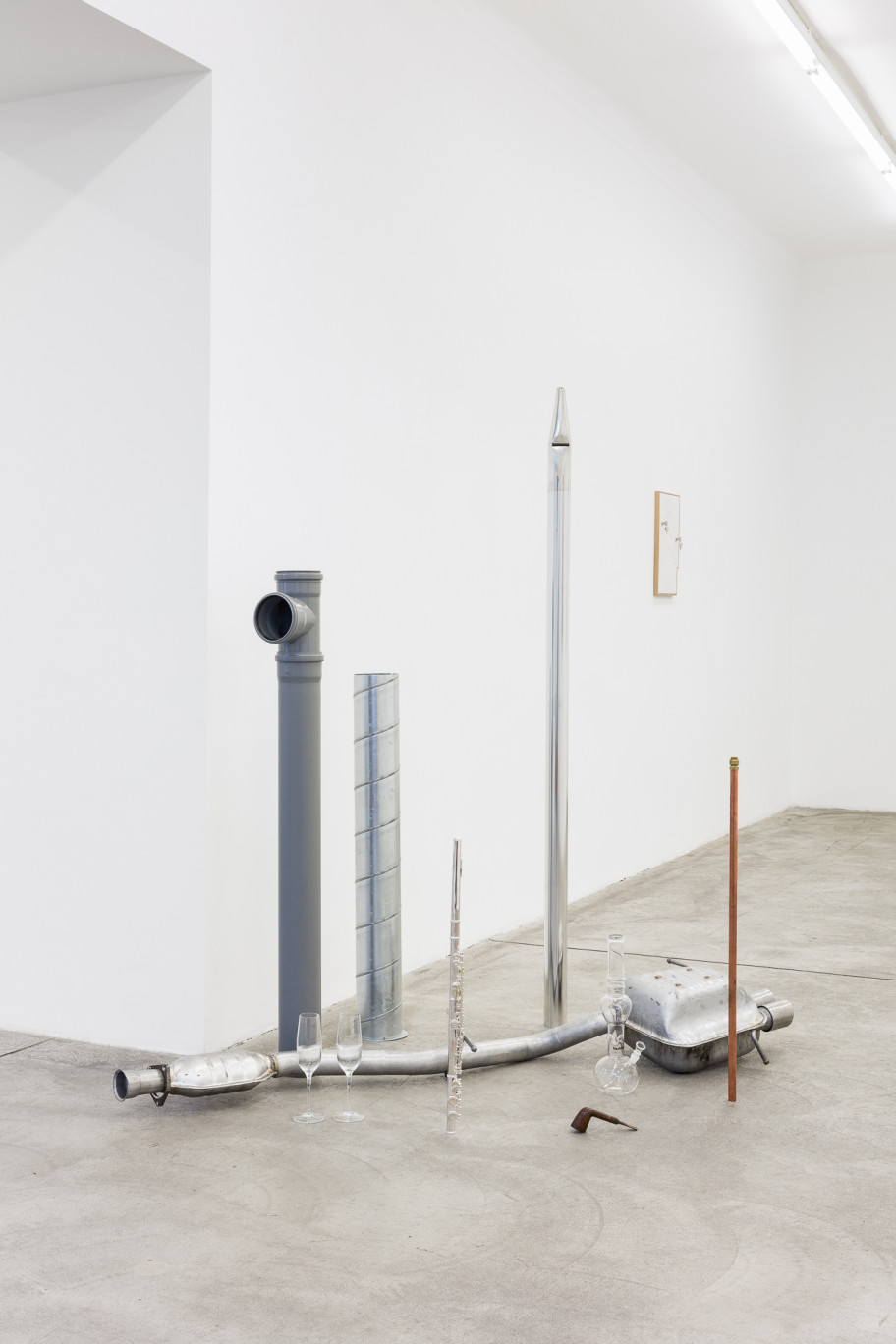 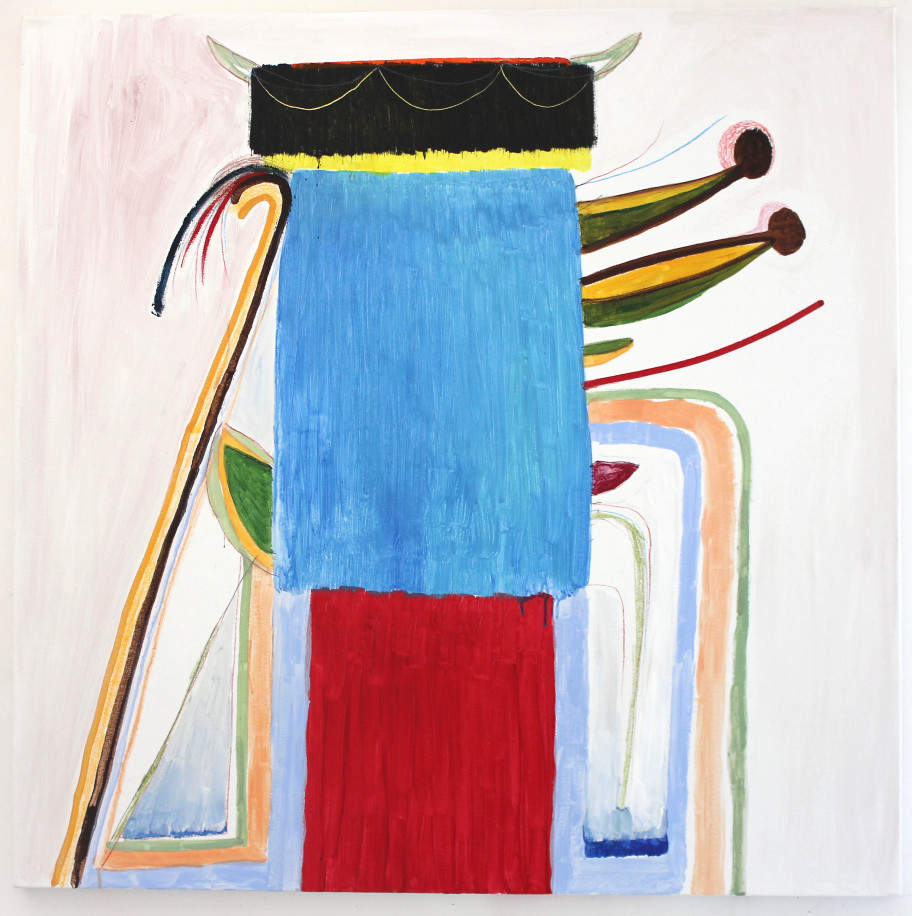 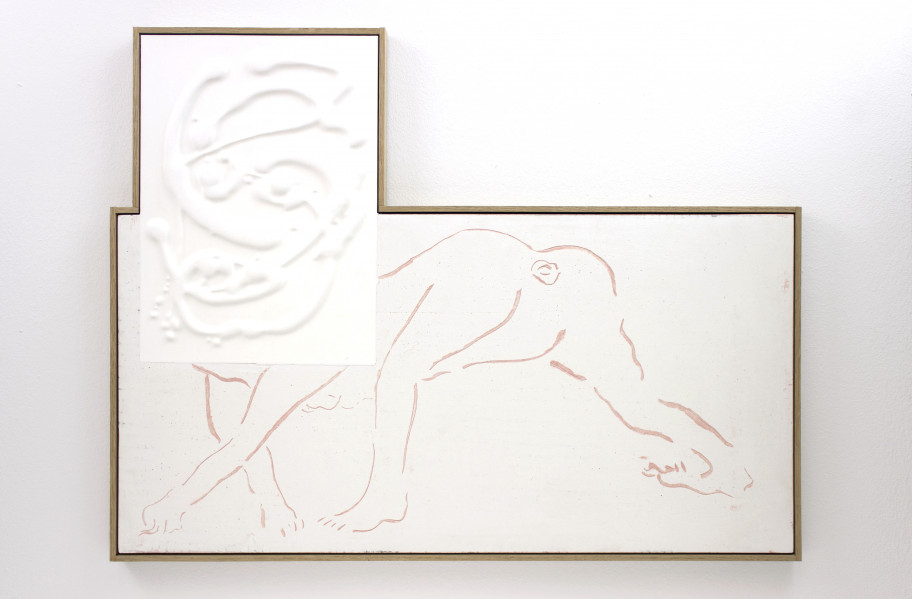 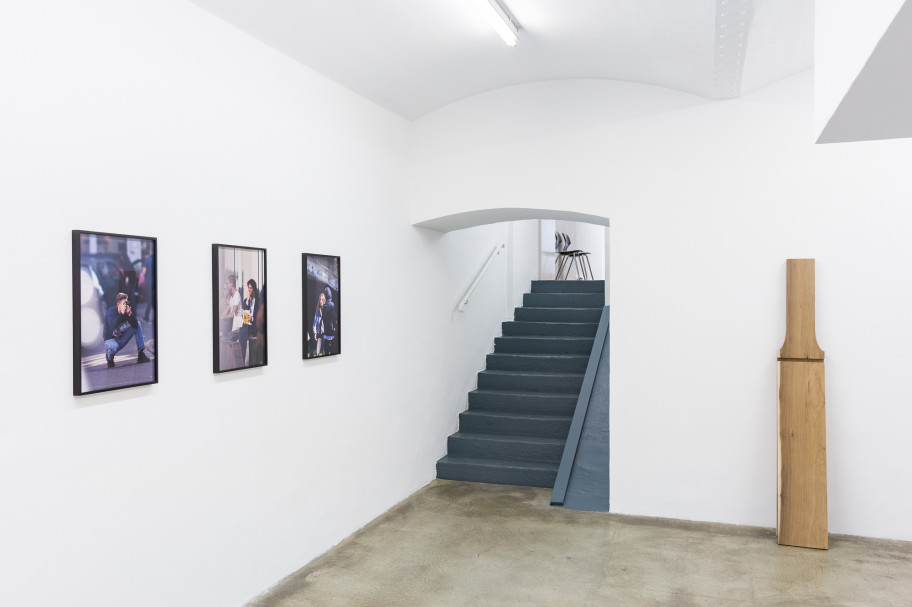 Galerie Martin Janda is part of curated by 2021 – COMEDY, the gallery festival with international curators in Vienna. Our exhibition To Do Without So Much Mythology is curated by Francesco Pedraglio.

Picture a live comedy show. A routine, as they call it. Picture it starting with a widely recognisable pre-show tune. Something hummable. Something you’ve definitely heard before even though you might not recall the name of the singer. Then: a woman or a man appears on stage. The music swiftly changes for a much more upbeat song, almost danceable. The woman or the man walks the whole stage, emphatically waving and hailing while the audience is clapping hysterically. She or he reaches a mic on a mic stand. Hello everyone… thank you for coming. Or better: Hello Vienna! Or again: Vienna, how you doing? Travelling through the mic, hers or his voice is blasting through the whole auditorium, the rejoicing audience greeting back with all they have. And that’s how it starts. That’s how it should start. Every time. Always. Because a comedy show is nothing but a ritual. All based on an unspoken contract, a pre-rational agreement between a speaker and a listener. The whole point being: to surprise, fascinate, scare, excite, emotionally transport or simply amuse, we need a shared grammar. We need a ceremony of sorts. A liturgical harmony. Hello everyone and thank you for coming. Clap. Hello Vienna! Clap. Only at this point the contract is signed and we are all in it together. The woman or the man as well as the audience. Us. All accomplices. And yes, I agree, it would be better to do without so much mythology, but that’s not how things work. You and I both know that’s not how it works.

So what has all this to do with art? I have no idea… but I bet a lot. Comedy as a perfect case study. Comedy as a product of human imagination that follows a different path than that of conscious, logical thinking. Because like myth, also comedy is a way to tell stories and, at the same time, a lens to read oneself and the reality as a whole… to give or take away meanings, anxieties, joys or sorrows. It is an organisational tool. So why not look at the comic (and its counterpart, the tragic) as another category of that mythical thinking that dominated human behaviour for centuries.
Myth as a knowledge that is already sovereign in itself, that does not need or even tolerate any further developments. Myth as a construction made up of variations, alteration of the same.
Above all, myth as a “thinking in images”, a parallel form of knowledge.
With the arrival of modernity and scientific thinking, the myth had to migrate into the peripheries of storytelling… into the curious, the weird, even the morbid. And nowadays a potential residue of mythical thinking might be found in that suspension of logic underlining our relationship to the comic and the tragic… two fields where feelings, habits and archetypes dominate as moulding forces.

Again: what has all this to do with art? A lot. That’s why here you’ve got two shows. Two exhibitions running parallel to each other. One visible (with works by five artists: Beth Collar, Simon Dybbroe Møller, Sophie Jung, Lukas Thaler, Kostis Velonis), the other invisible (with spoken pieces by writers and artists Bob Kil, Paul Becker, Holly Pester, Luis Felipe Fabre, Sarah Tripp). The first show is silent, the second spoken. One exhibition becomes the shadow of the other, and yet they are both completely interchangeable. Like the two sides of the same coin, like comedy and tragedy existing together, only together. Silent objects and bodiless words, both treating the idea of the comic as a mythological category of thinking, something that is all praxis, pre-reasoning, no real separation between concept and object. And yet everything here exists only thanks to an agreement between the two parts, between what is left there to be seen and who sees it.

I have no real answer. I don’t exactly know what all this has to do with art. And I guess that’s the show.

Curated by Guided Tour | in person and via Livestream at curatedby.at
Sunday 5th September, 12.00 – 12.15pm