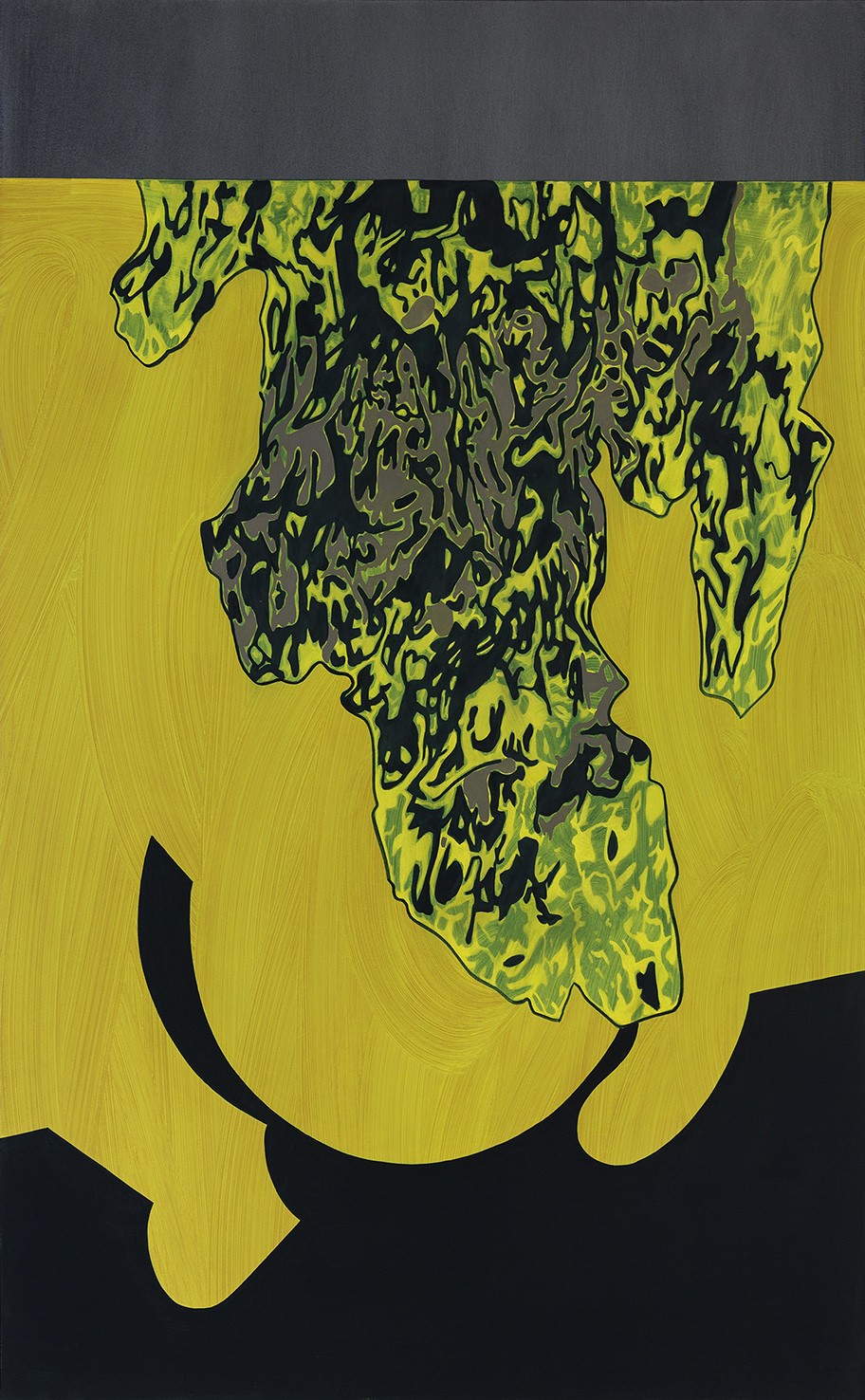 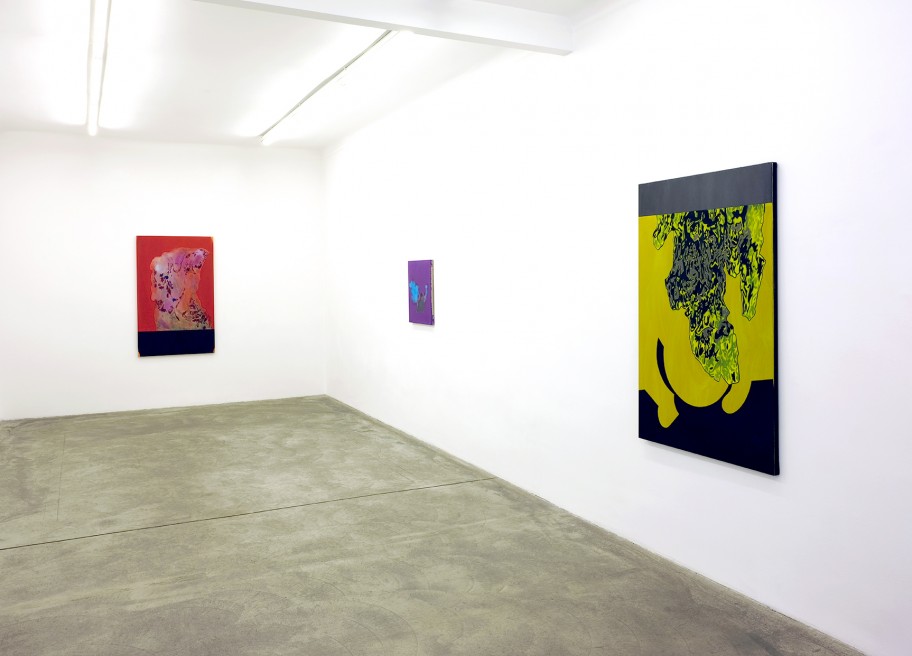 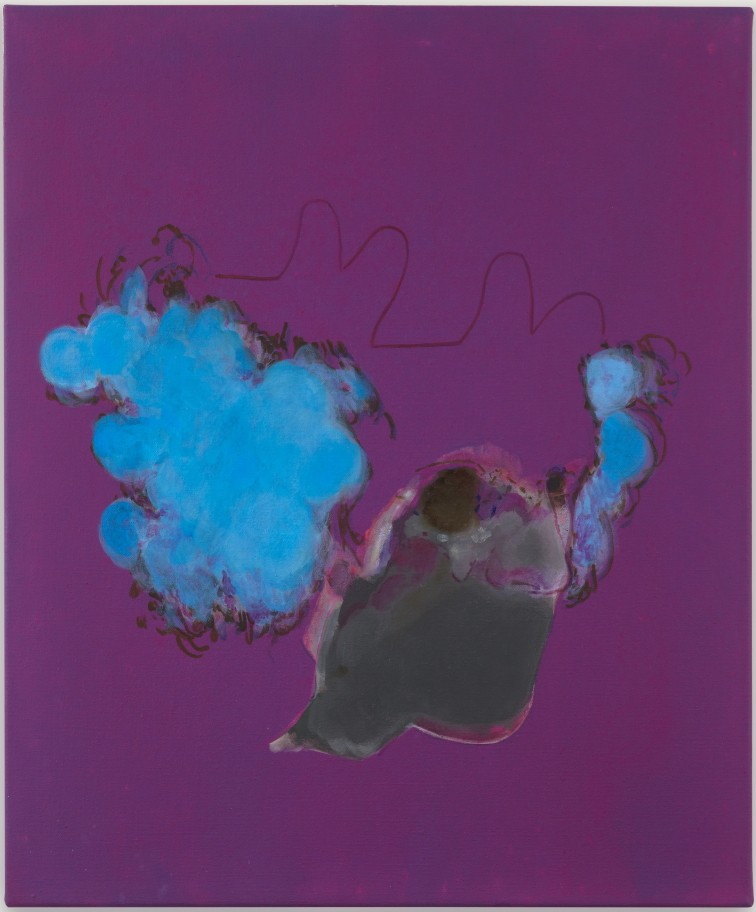 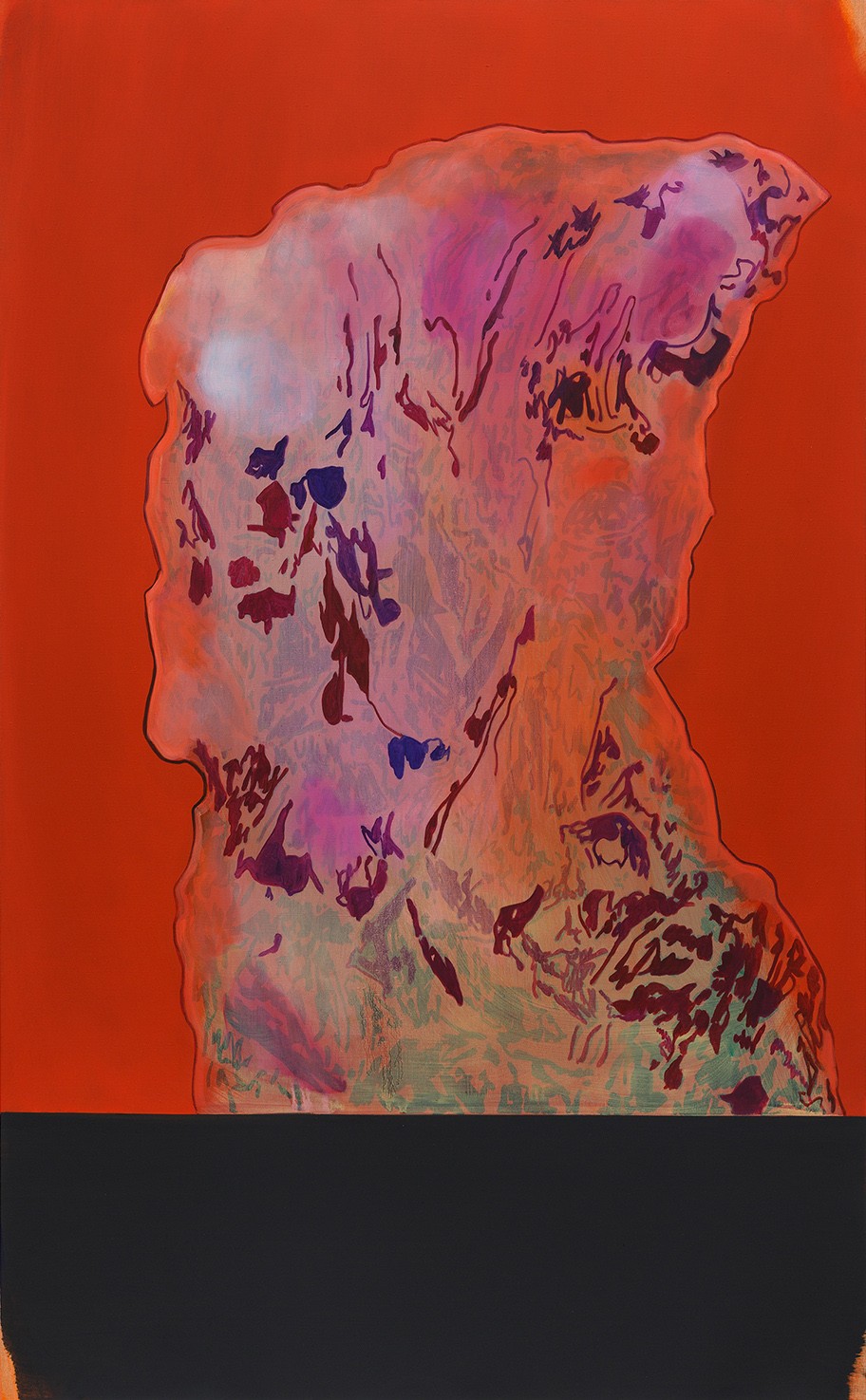 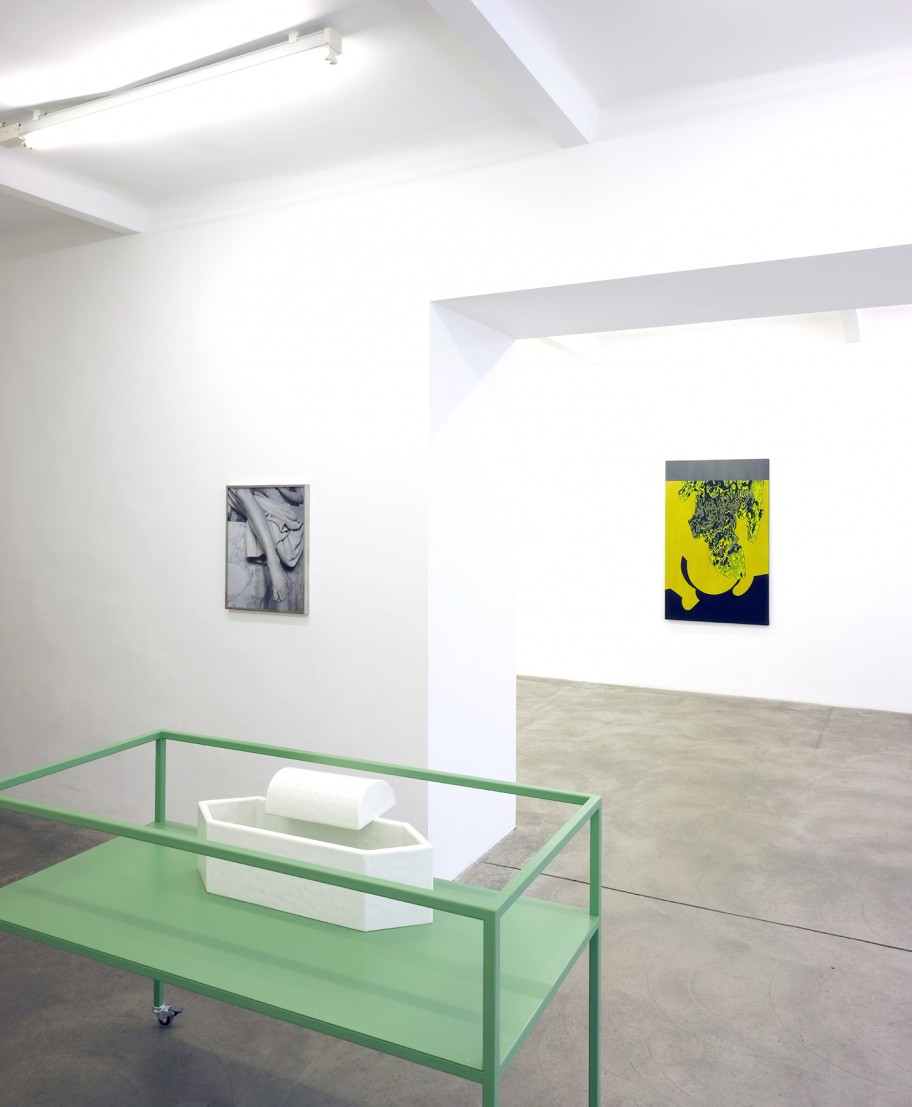 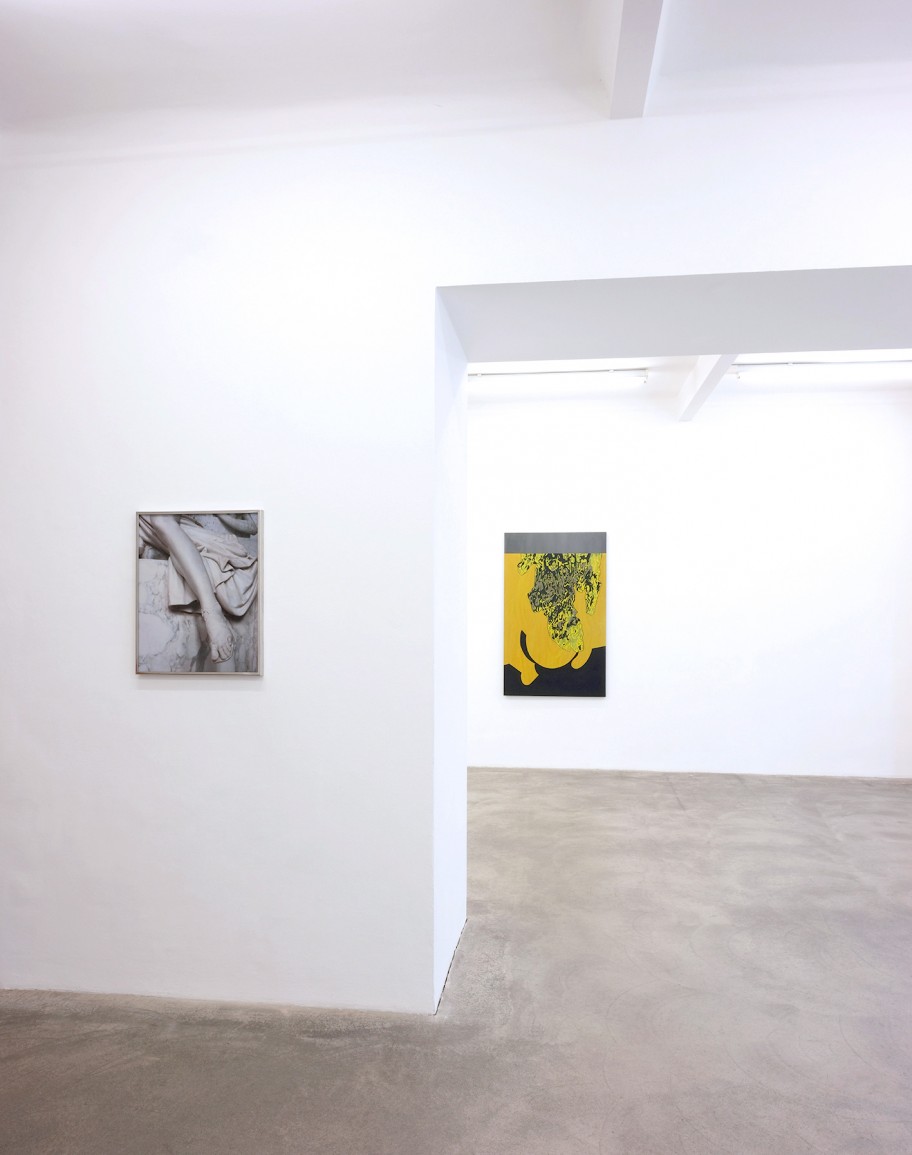 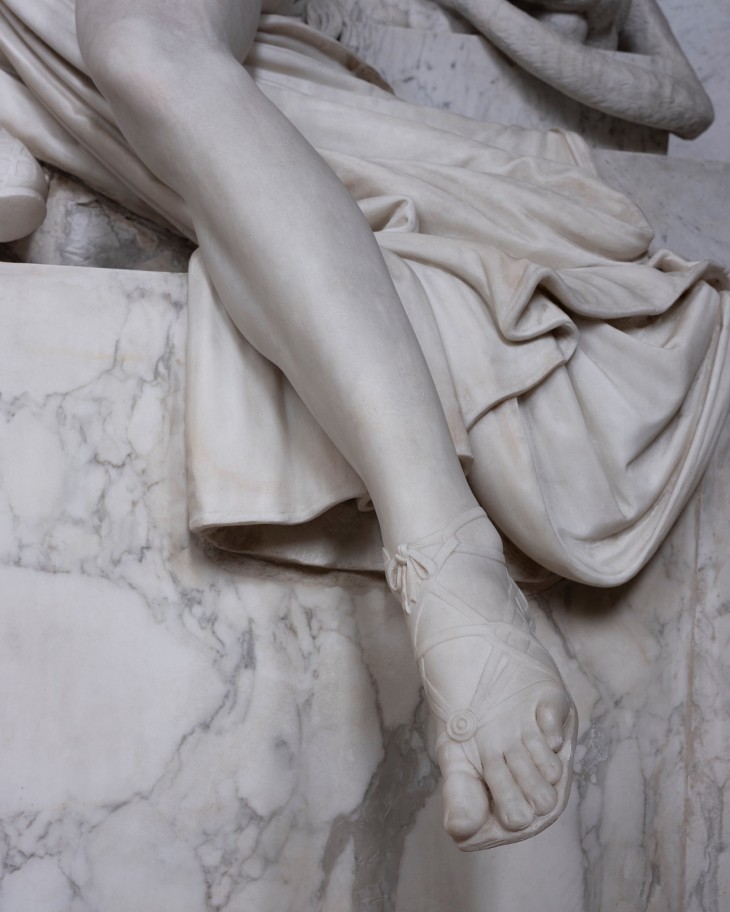 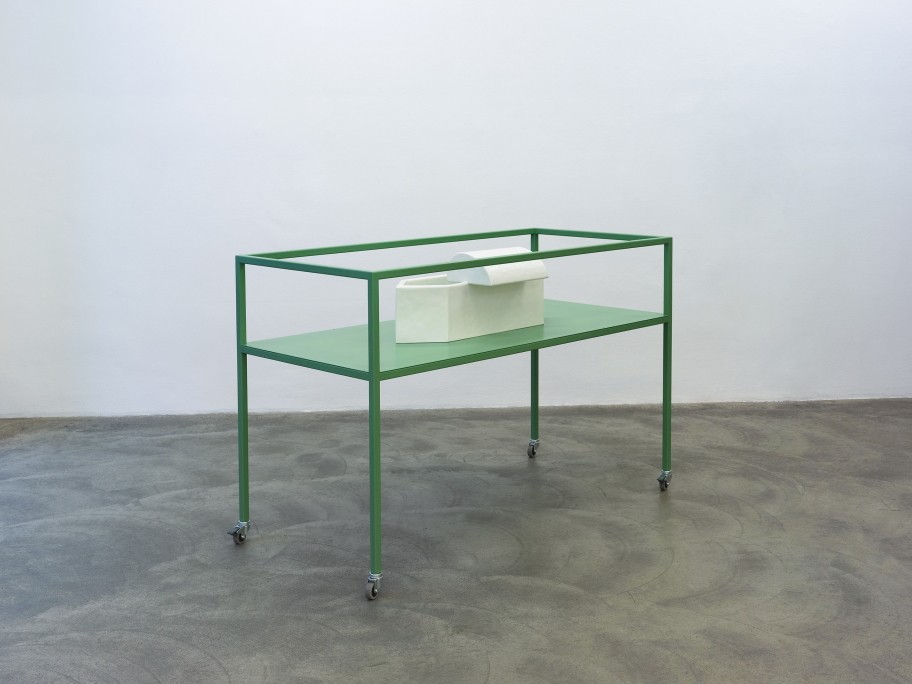 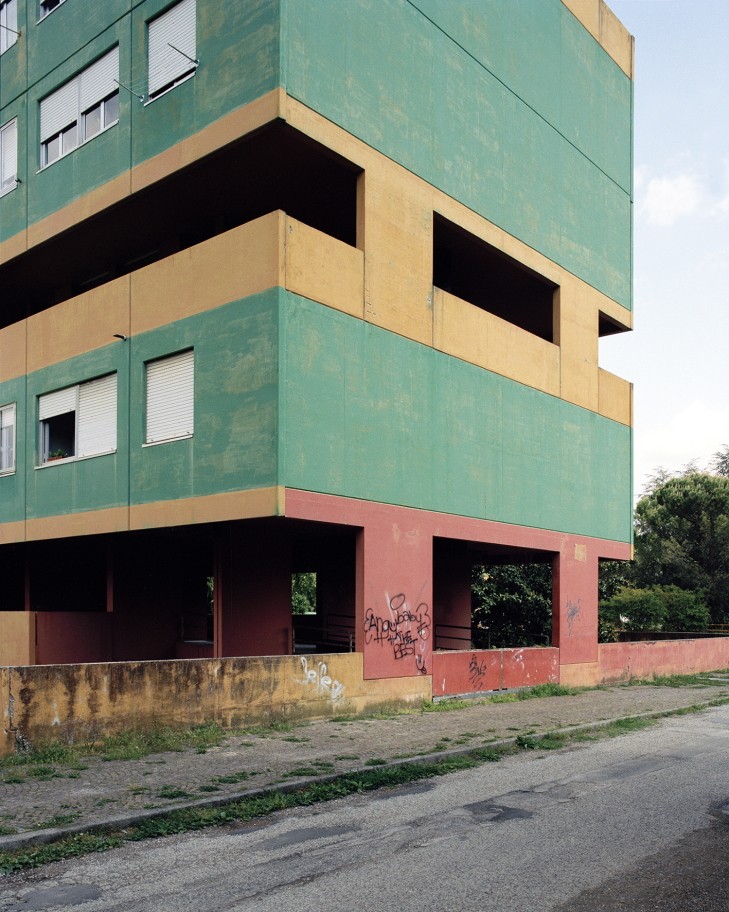 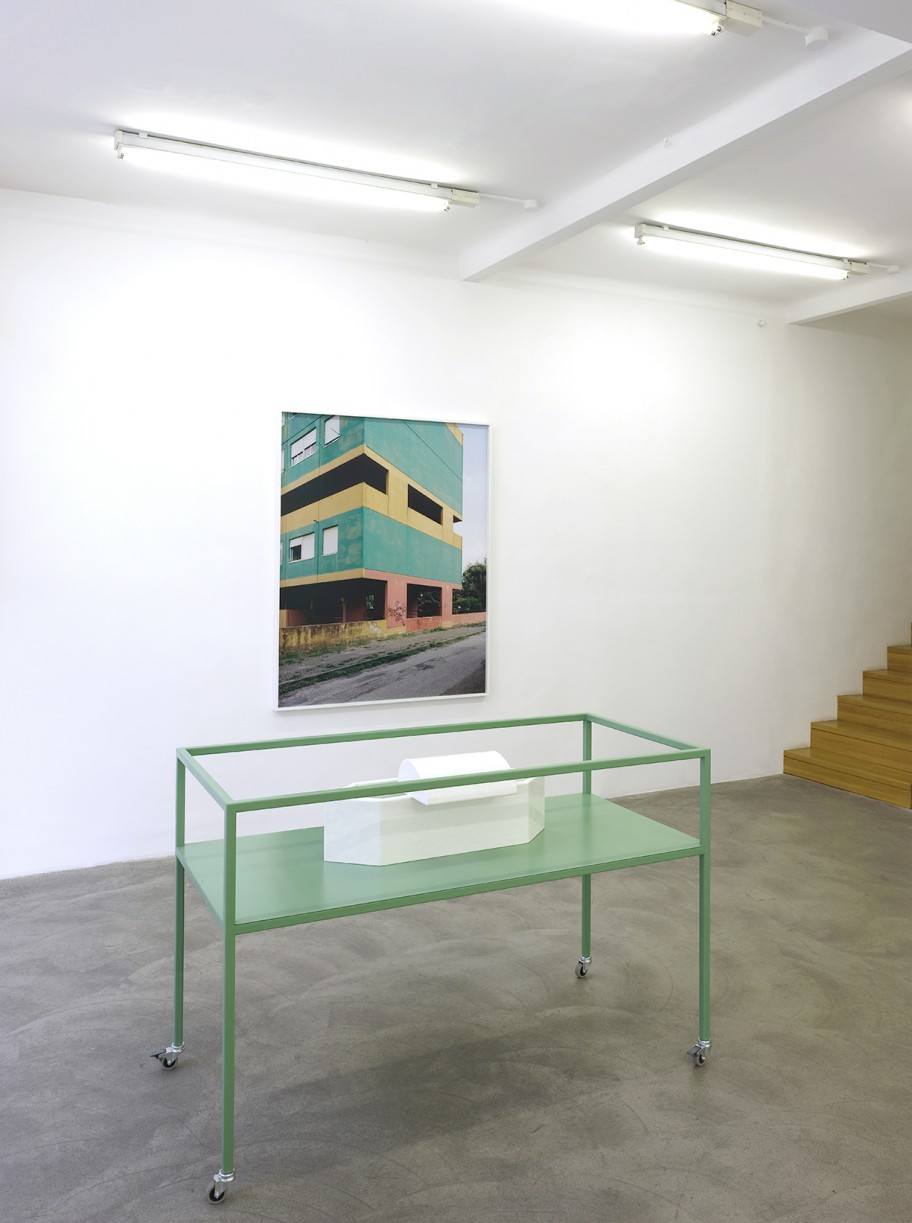 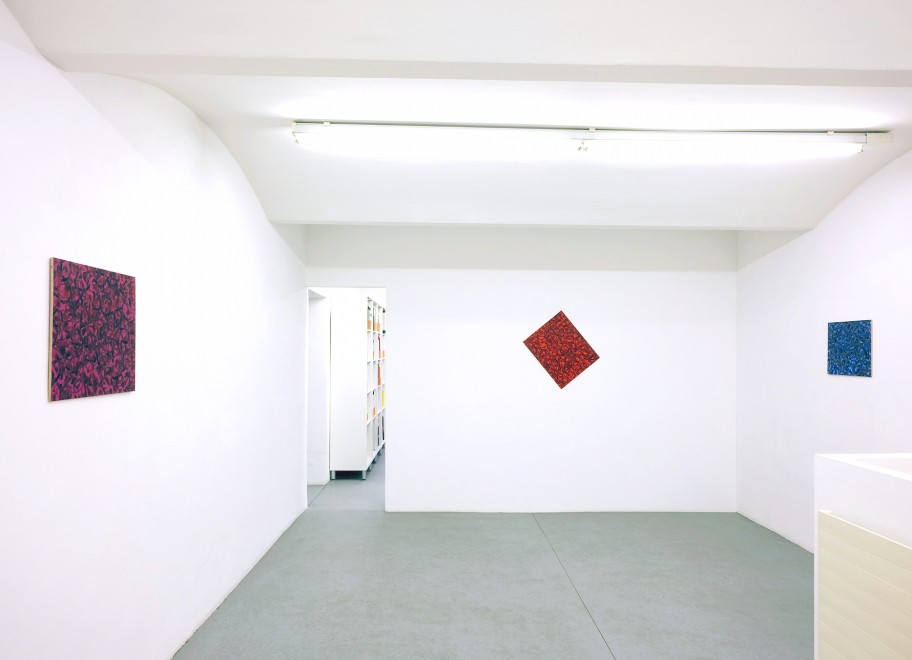 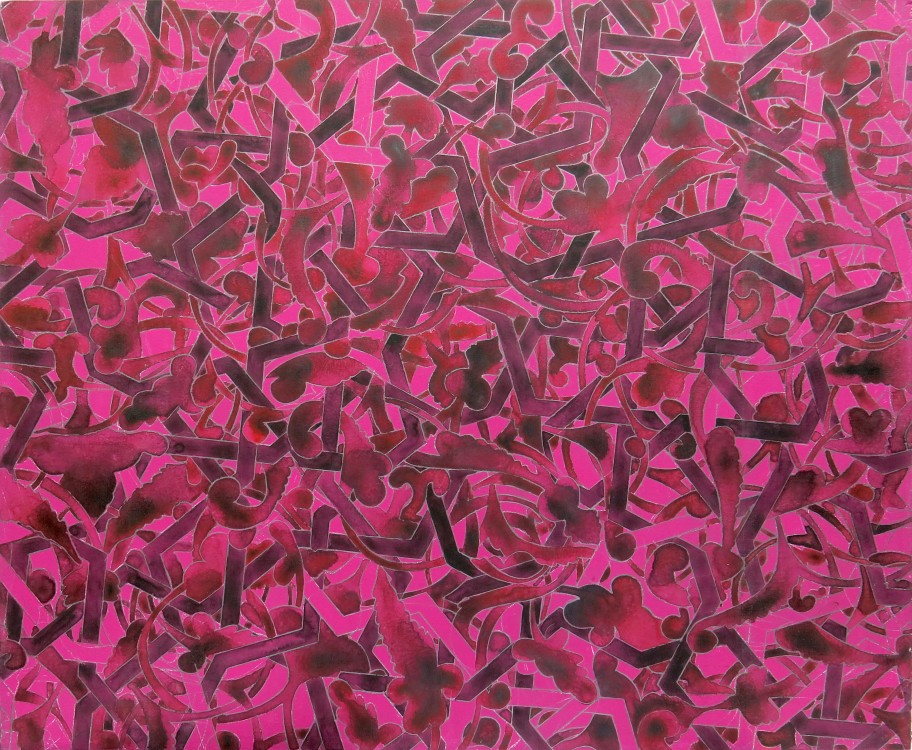 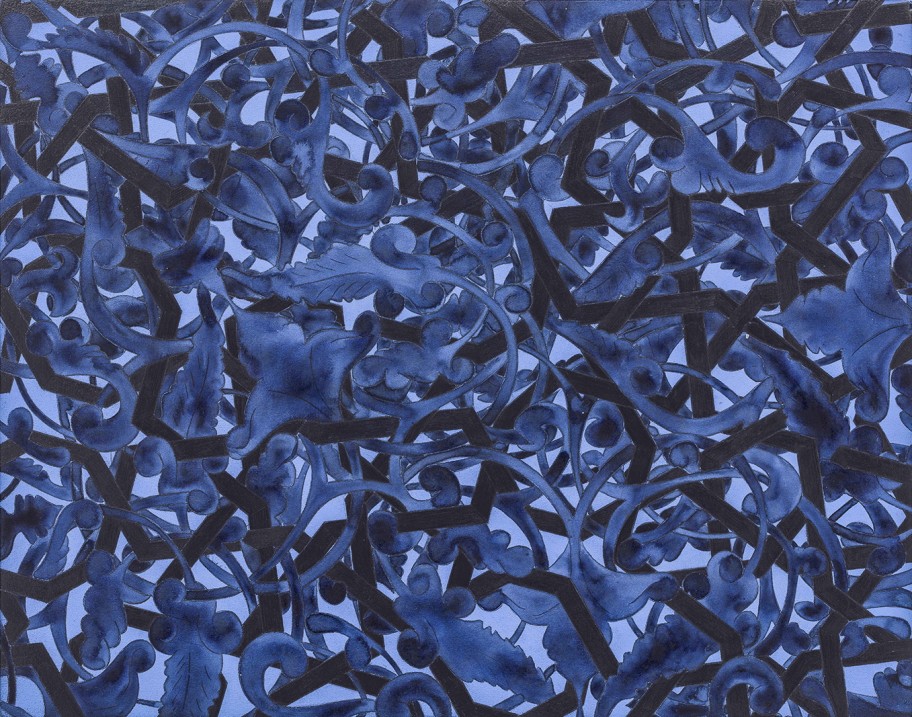 From 23rd February until 20th March 2021 the Galerie Martin Janda is showing the group exhibition Drift with works by Adriana Czernin, Milena Dragicevic and Werner Feiersinger.

The exhibition examines fields of reference within specific artistic positions and thematises cross-references between them.

In the first room works from two series by Milena Dragicevic, Supplicants and Erections for Transatlantica, are being shown. In both series she uses a bricolage of gathered imagery, painterly processed, dissected and abstracted, to produce forms which are fused with swaying outlines from intuitive drawings. The abstract forms emerge to distinguish structure within the continuous space of the canvas and even evoke the passage of sculptural notions, before dispersing again into the background. This relationship of tension is heightened by the artist’s use of bold, block colour, which alternates between anchoring the forms onto the canvas and suspending the backdrop.
The starting point for the Supplicants series is the human face – altered, or rather, dismantled by the artist through various interventions. The paintings are not psychological studies, portraits, or true reflections of the models, they are 'stand-ins' for something else; and yet these changes to the physiognomy also do not make them mutants or hybrids, they are just unknowable.
The paintings in the series Erections for Transatlantica also oscillate between figurative and abstract, refusing to settle for a clearly defined identity. ‘Transatlantica’ alludes to a fictional place of origin or an in-between place only inhabited in a suspended form.

An open vitrine made from steel sections, strict in its form, and within it, a fragmentary, model-like, architectural object. Its amorphous surface, carved and covered with a textile layer, is in clear contrast to the cool smoothness of the vitrine with its industrial green paintwork. The ‘sculptural’ merges with the ‘plastic’ to form a hybrid object.
Werner Feiersinger's sculpture is surrounded by two of his photographic works, which contextualise it and create a system of references: One large-format photograph shows a section of a building by Gino Valle in Udine from the 1970s, its specific colour palette relating to Feiersinger's object.
The second image shows a detail of a Canova sculpture in the Augustinerkirche in Vienna, in which the foot of a marble statue seems as if it were alive – the moment when the surface of a sculpture seemingly begins to flow is also Feiersinger's demand upon his own sculptural work. In their interplay, the photographs and the object thematise questions about the sculptural and the plastic.

In her new body of works entitled Lajin, Adriana Czernin intertwines different ornamental structures that originate from the so-called Vienna Tableau, a fragment of an Islamic ornament from the 13th century. Czernin multiplies the botanical elements and arabesques of the inlays, and interweaves them with the strict geometric lattice ornament – the result is a dense, almost opaque and wild structure that seems to be in motion.
The floral elements of a small-format blue work are painted very fluidly, whilst the pencil latticework appears in contrast to be metallic and hard. Czernin plays with opposites: soft – hard, mobile – rigid, strict – (apparently) free, concrete – abstract. She is not only concerned with ornamental forms as such, but also with the ornament as an expression of something, as a carrier of content – be it culture, religion or politics. “Ornaments have the ability to fascinate and intoxicate, to make you forget everyday life and surrender to the divine – but they manage to do that with an extremely rigid structure, and that interests me.” (Adriana Czernin)