Why do birds suddenly appear? 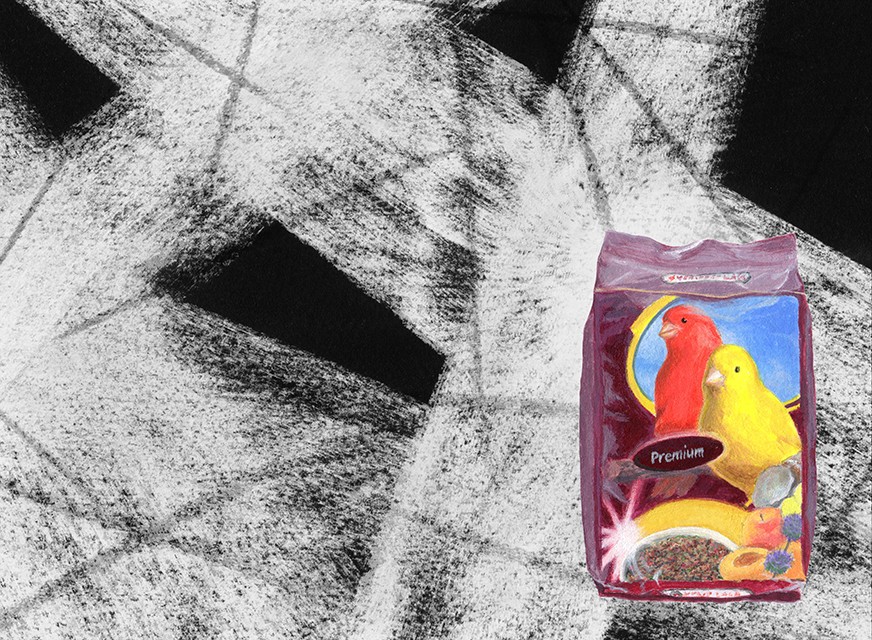 Galerie Martin Janda presents the group exhibition Why do birds suddenly appear? featuring seven artists who use cinematic codes to conjure a wide range of associations and aesthetics. Through reproducing conventions of representation, gestures and techniques used in the context of cinema, the artists in the show investigate the sound, space, memory, and experience of an alternate perspective. Besides summoning a vivid motif of birds, the title of the show draws upon the first line of the well-known Carpenters’ song, which continues “just like me, they long to be, close to you”.Ostensibly a love analogy, an idealistic state of mind, which also invokes a sense of infatuation and therefore tips one’s train of thought to Alfred Hitchcock’s pictorial use of birds as harbingers of danger and an ominous sign of peril. What results is the juxtaposition of romance and threat – a recurrent allegory in cinematography.

Tatjana Danneberg utilizes movement, colour, intensity, and rhythm, to capture blurred, fragmented moments on canvas. She uses photographs as the basis for her works and focuses on the possibilities that can unfold through their manipulation and deconstruction. The bold gestures left by the brushstrokes used in the transfer process turn the images into expressive illustrations of an instant in time.

By means of figurative codes Nilbar Güres explores scenes from everyday realities.  She stages her protagonists into theatrical frames and gives voice to disparate cultural identities, in particular female and queer narratives. Her paintings, like her textile collages and photographs, are an assembly of people, objects, metaphors, and layering. She questions worldviews, politics, and conventions of representation.

Christoph Meier has created a series of wooden birdhouses whilst blindfolded. They explore architecture, scale, idea and concept, authorship, silliness, poetics or the use of language. Each object is a lightweight and small cubicle there to function as a bridge between two parts: the words bird and blind, but at the same time between a bird and an ornithologist, a gallery and its audience or a space and its purpose.

The act of whistling for Cecilie Norgaard is bodily, she believes it has a physicality that makes people copy. In her recorded sound piece, she uses melody to transport you, change the feeling of the space and form connections and associations. It is a tool used to affect mood and can be implemented to be uplifting and cheerful as well as sinister and eerie. Just as birds can enter a space through a gap, a chimney or window, are then caught and cannot escape, a whistle can become contagious, enter your head, settle in your mind and stick.

Lukas Posch’s works capture the essence of a single object. He uses painting and point of view as tools to question our consumption of digital images. The forms occupy the canvas and become a decoding tool for a wider context outside of the image’s boundaries. He reduces the surrounding scene to its humblest form. The objects evoke screen pictograms, urging you to examine the constant flow of images penetrating your awareness.

The boundary between photography and painting is blurred by Kazuna Taguchi. Through profiling fictional characters, she turns monochrome paintings into photographs that portray constructed romance. We view the staged, ghostly features of non-existent characters. This subtle technique questions and emphasizes stylistic expression, ambiguity, and self-reflexivity.

Sharon Ya'ari uses photography as a way of visual thinking. The point of departure for his work is often the Israeli landscape. At first glance he creates impressions of inconspicuous, everyday scenes. However, the photographs, frequently tinged with a melancholy undertone, can be read on a multitude of layers. They depict contradictions that only gain in significance and impact once they are placed in a context of the country's history, politics, and societal structure. In Private Courtyard we gaze upon the action of an anonymous person washing the dust off garden decorations. The work is intensified and takes on cinematic scope through its unusual lighting situation, as shimmering crystals and water droplets reflect the sunlight.