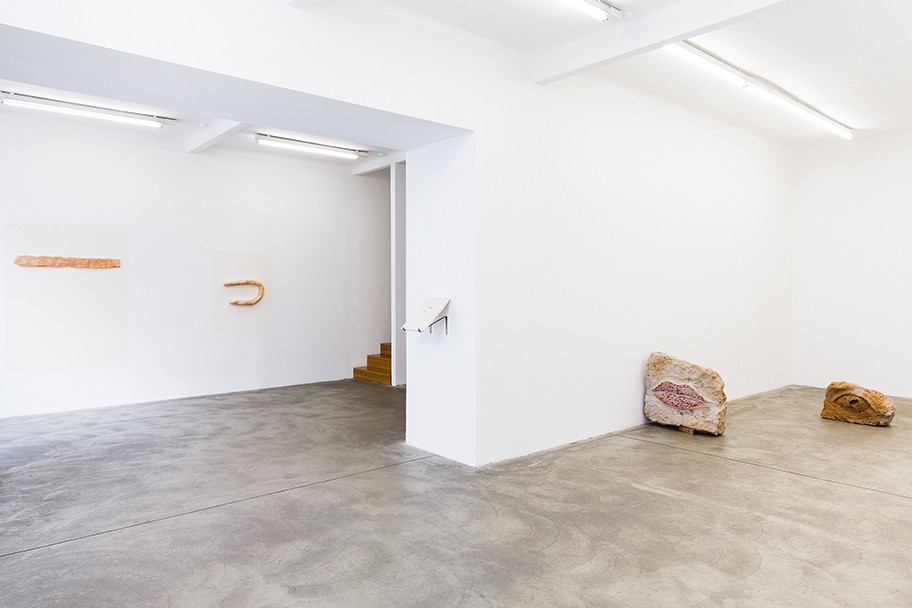 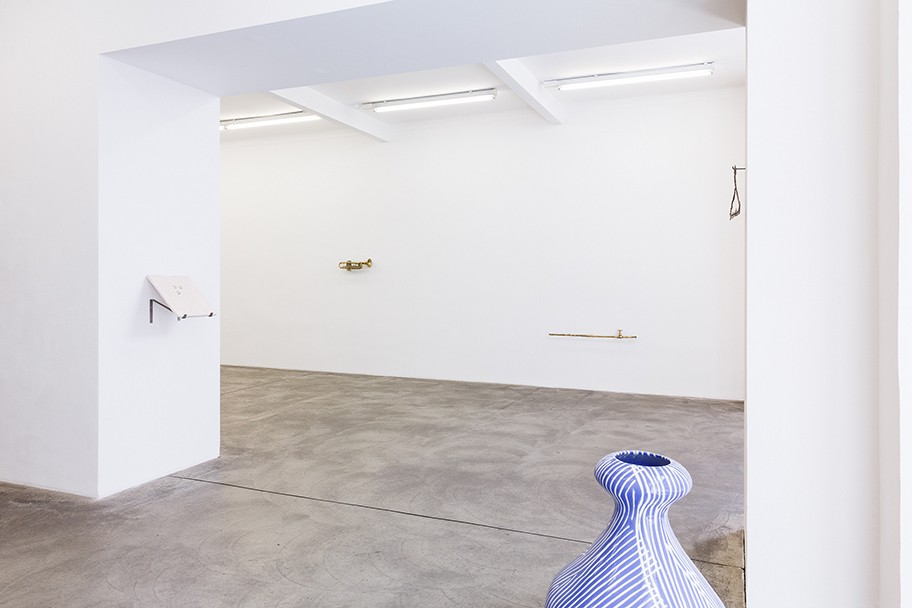 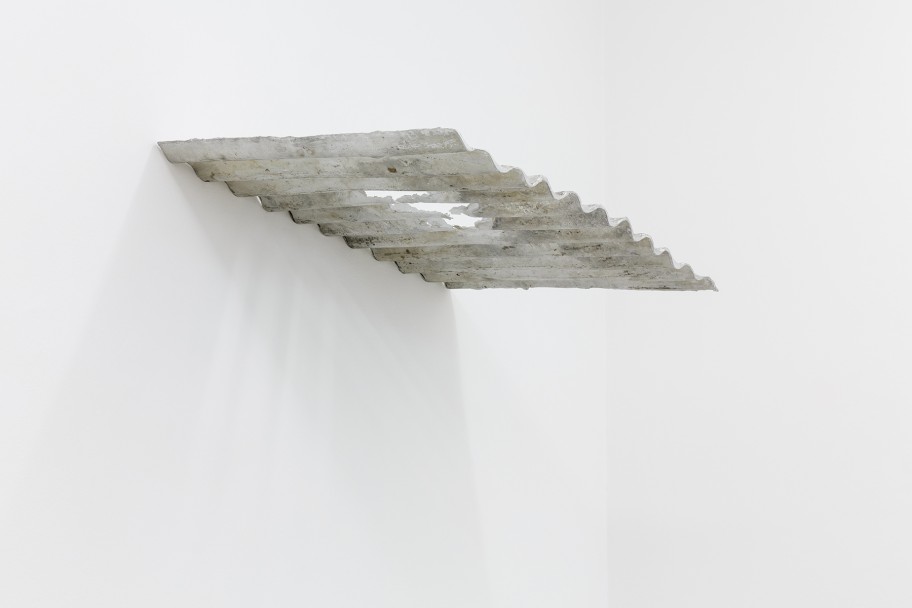 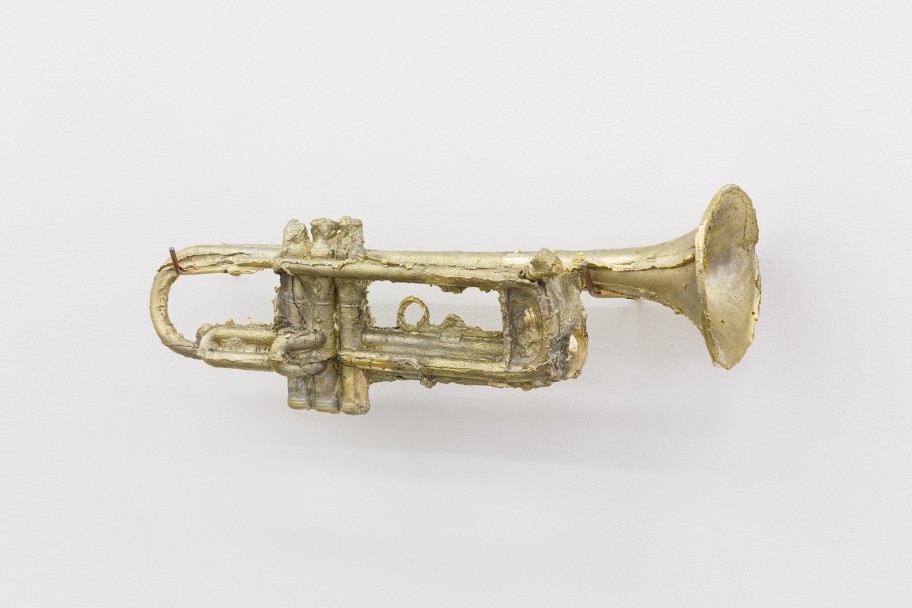 Tania Pérez Córdova
Spare change, 2019
brass and bronze (trumpet that was cast, melted and recast into its own mold)
13 x 47 x 15 cm 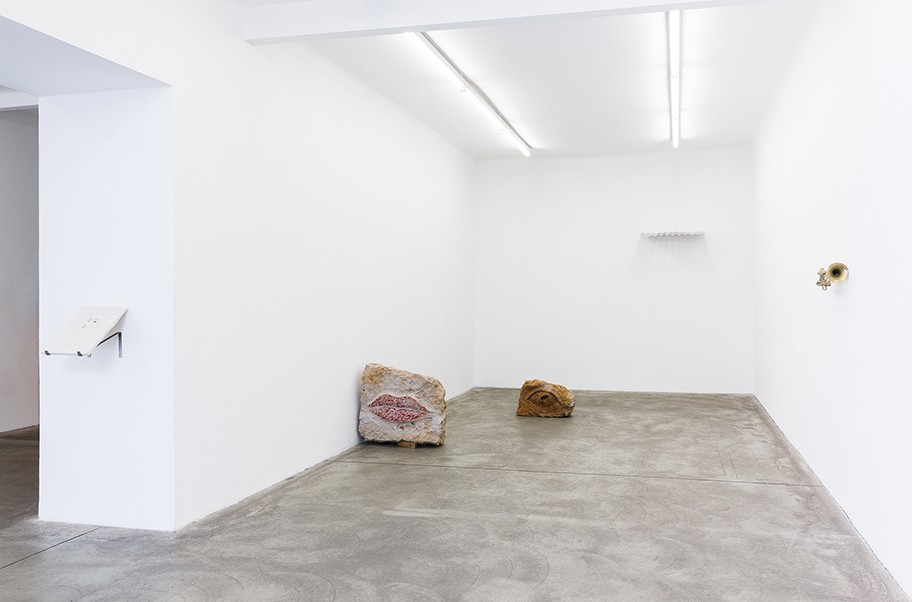 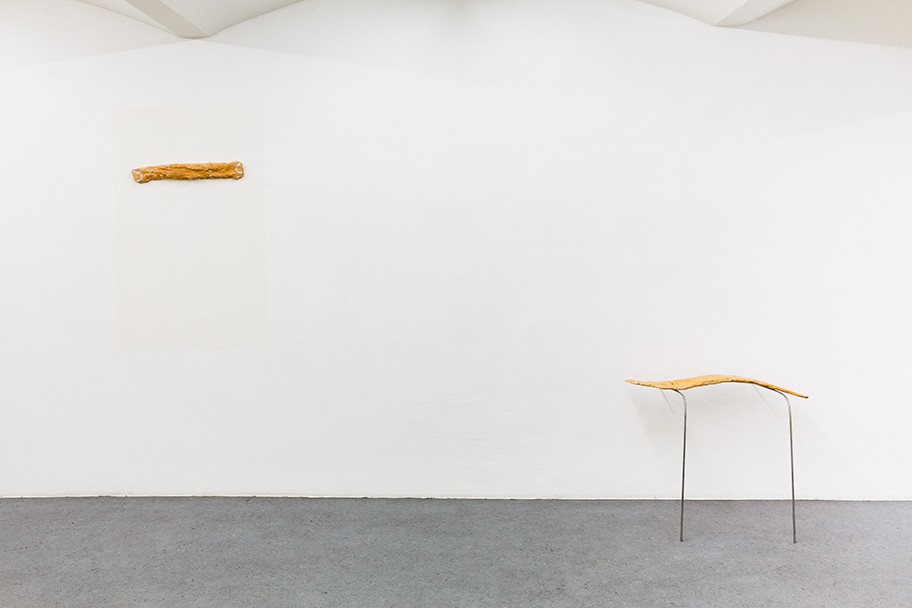 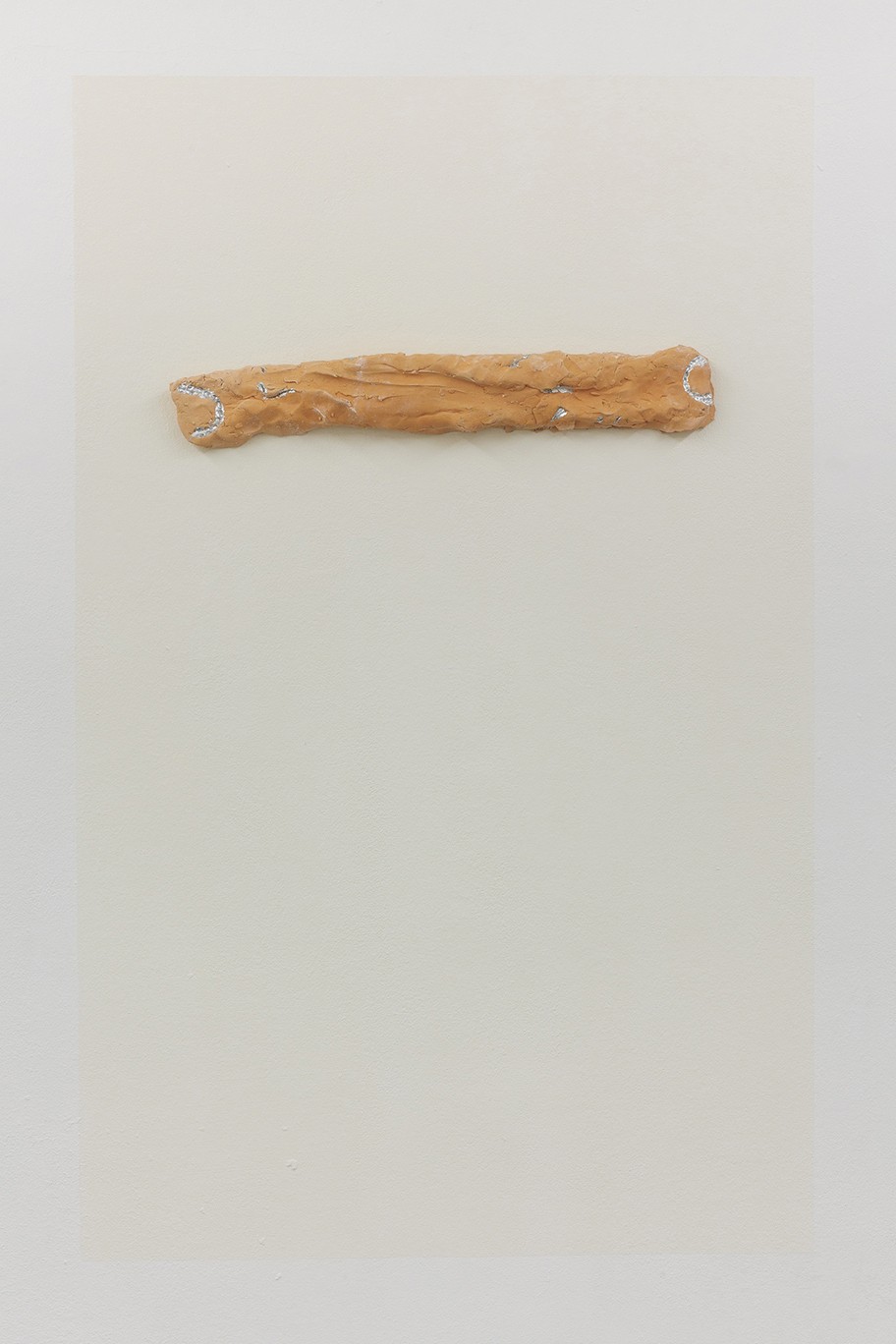 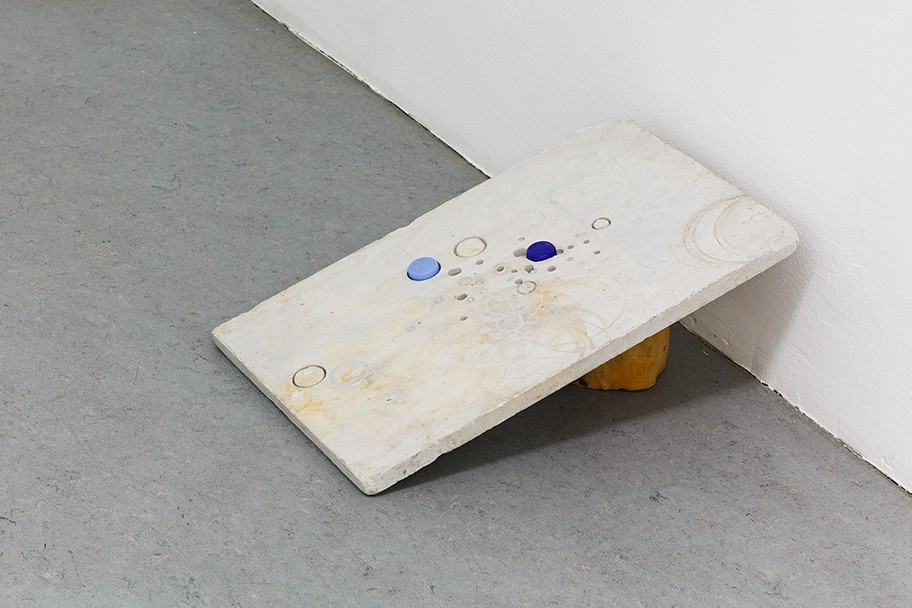 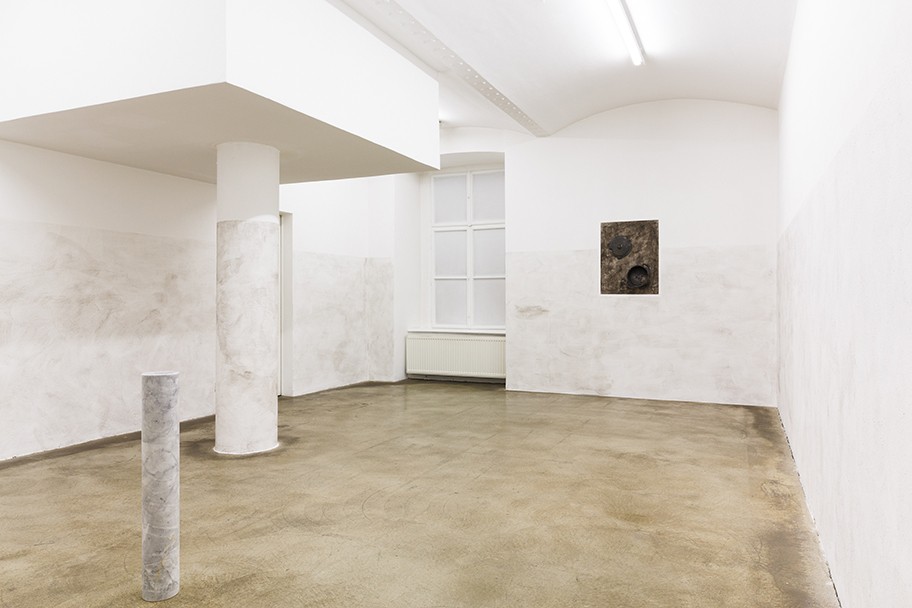 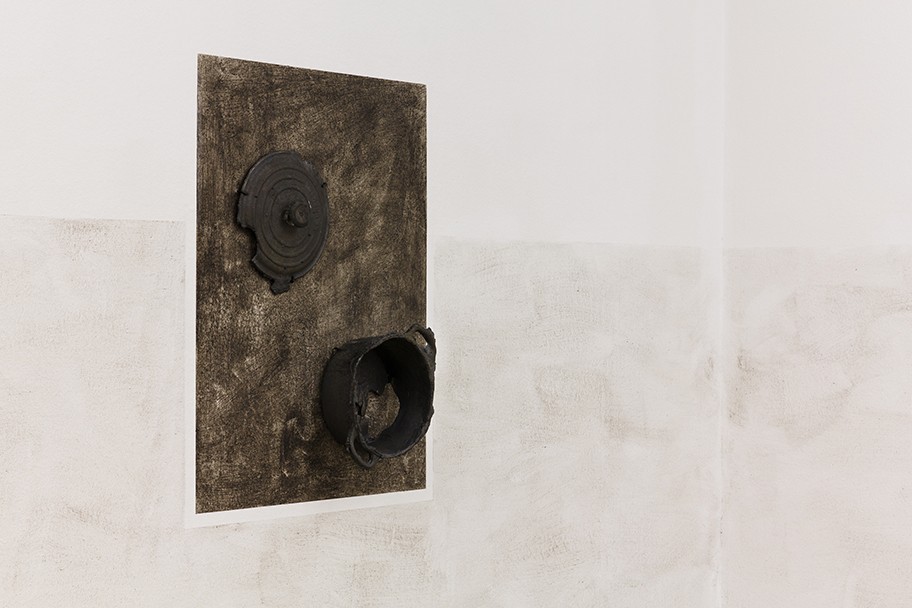 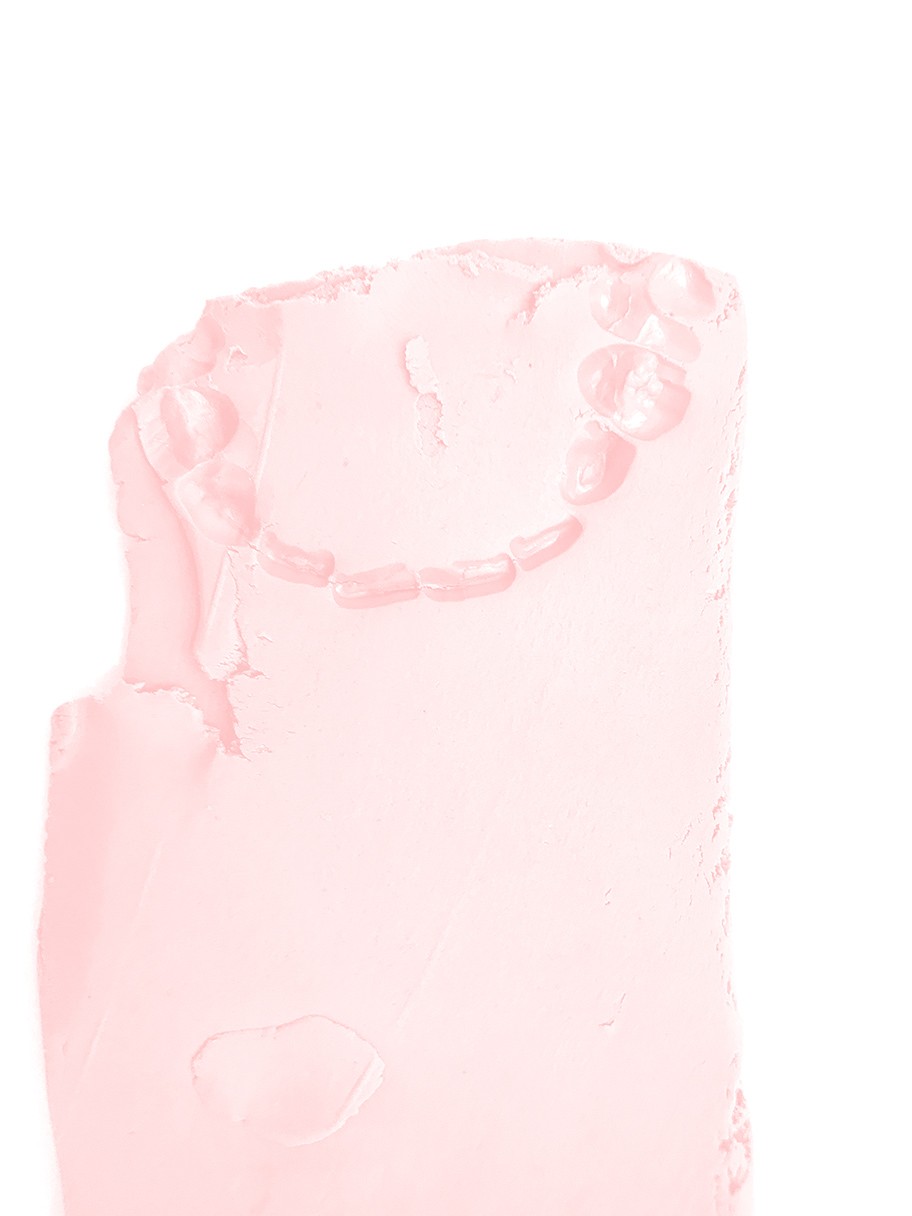 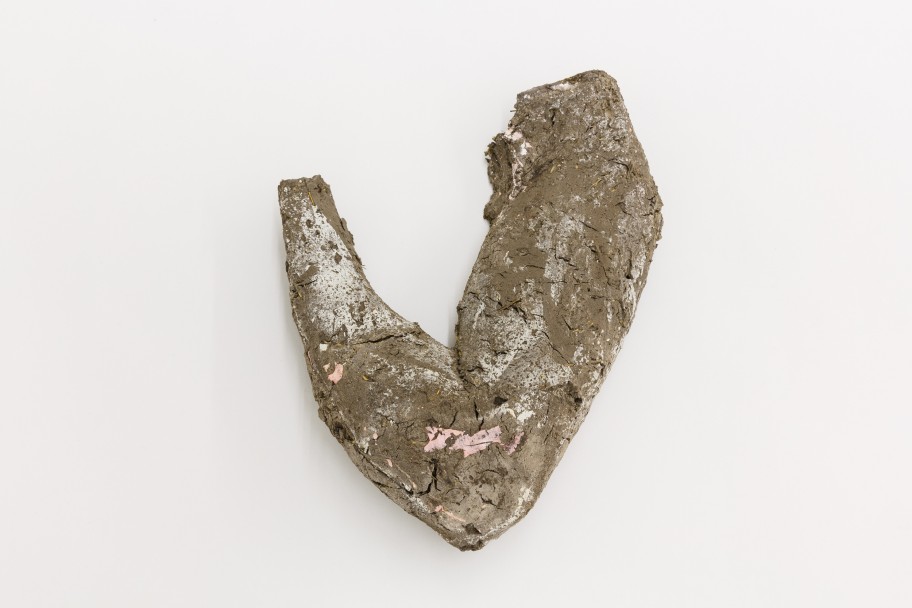 A man passes by playing a trumpet. He is looking for spare change. The melody sounds familiar. And so it starts a collection of encounters. A trumpet, a pot, a water pipe, a hanger have been cast, melted and recast into their own mold. As such they become a copy of themselves, losing a percentage of themselves in the process of becoming. If the action would be repeated enough times, these objects might potentially disappear.

A small note in an Egyptian museum in Italy stated how some sculptures were recycled by successive dynasties simply by slightly changing the facial expression of the carvings.
A mouth and an eye in pumice stone reenact such behavior. The mouth is shown in its second reiteration, this time wearing red lipstick.

A series of pieces made from extra hard, stone-like plaster normally used to create dental impressions materialize the temporary distance between two strangers. The indents of both the people’s bites and the making of the object have been filled with gold and silver.

A series of marble fragments carrying artificial teeth, plastic nails, a fake gold necklace, cosmetic contact lens, among other materials: a nonspecific human portrait through a collection of synthetic extensions of the body.

In the distance, a person wearing a blue striped shirt passes by.


Finally, in the background, volcano ash.