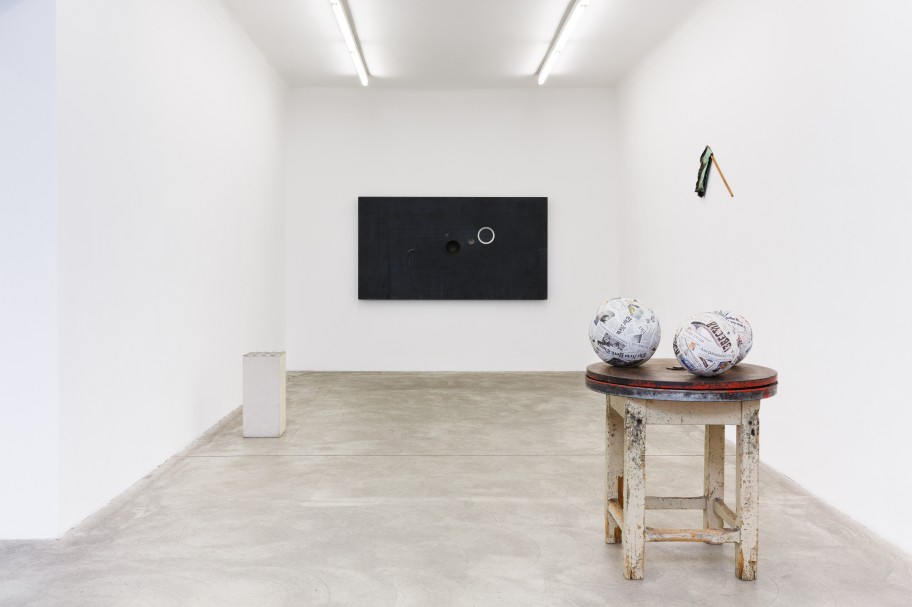 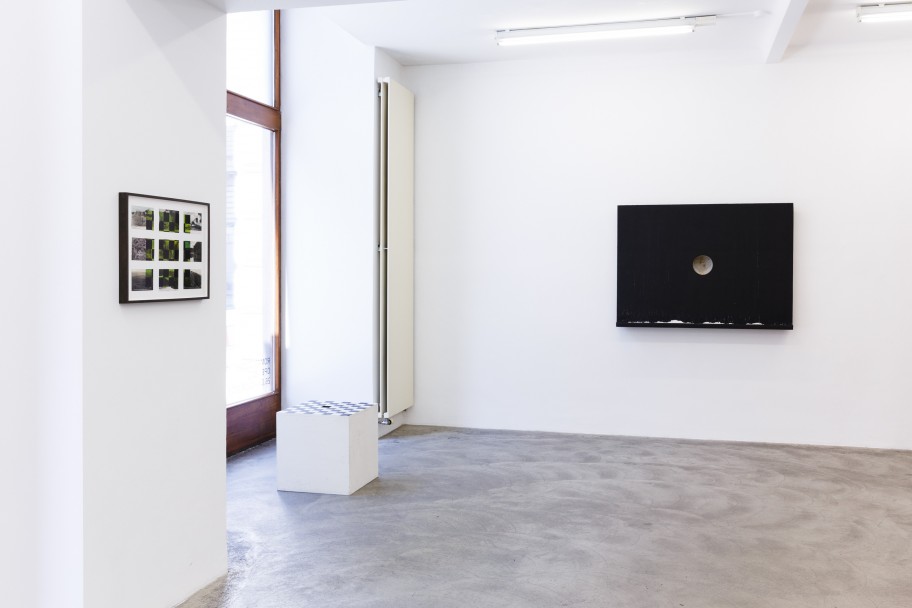 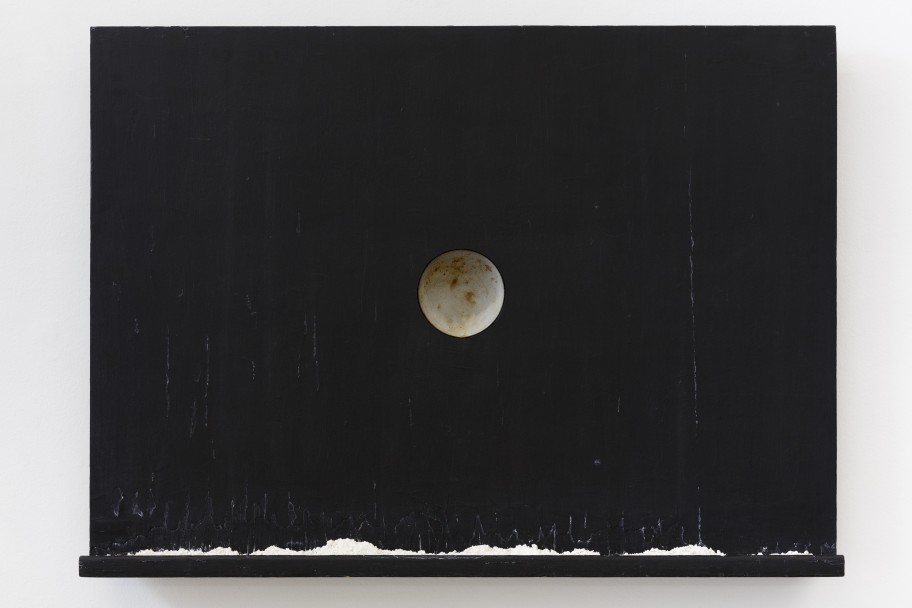 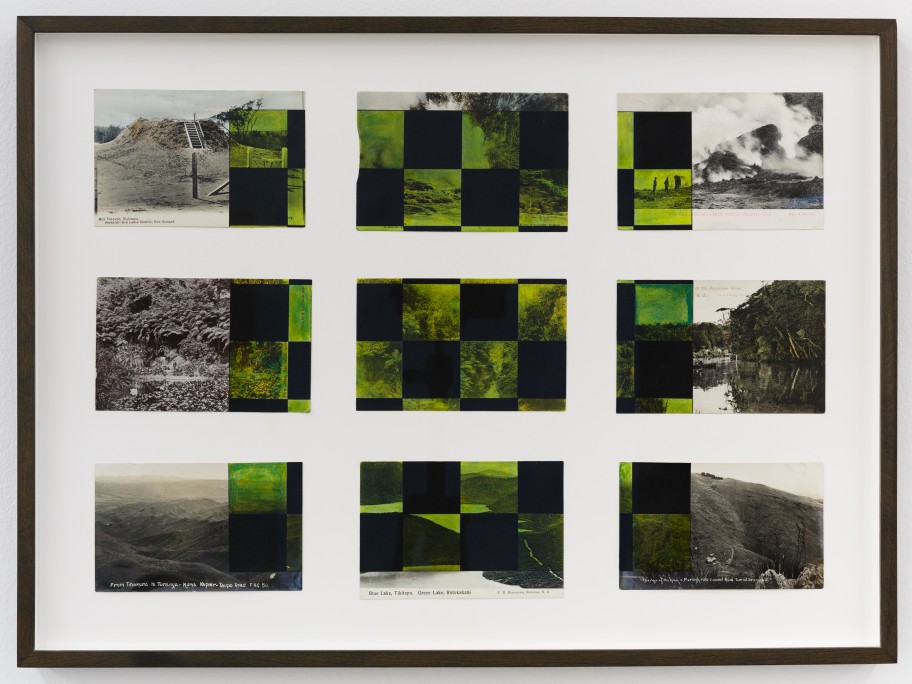 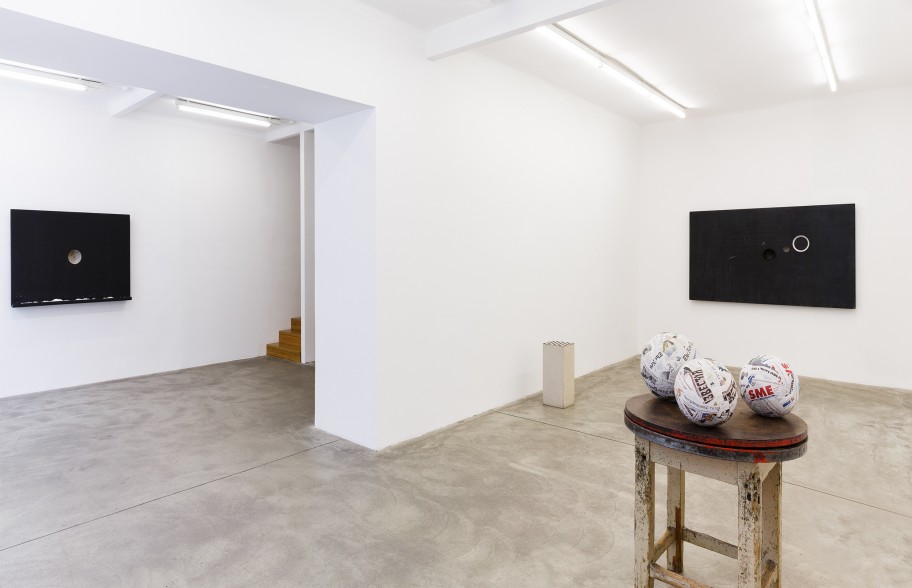 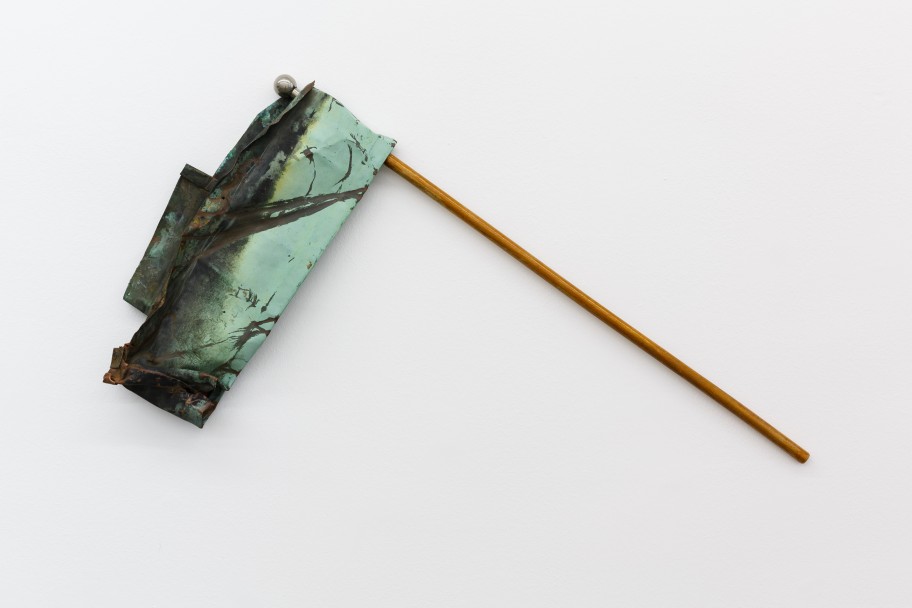 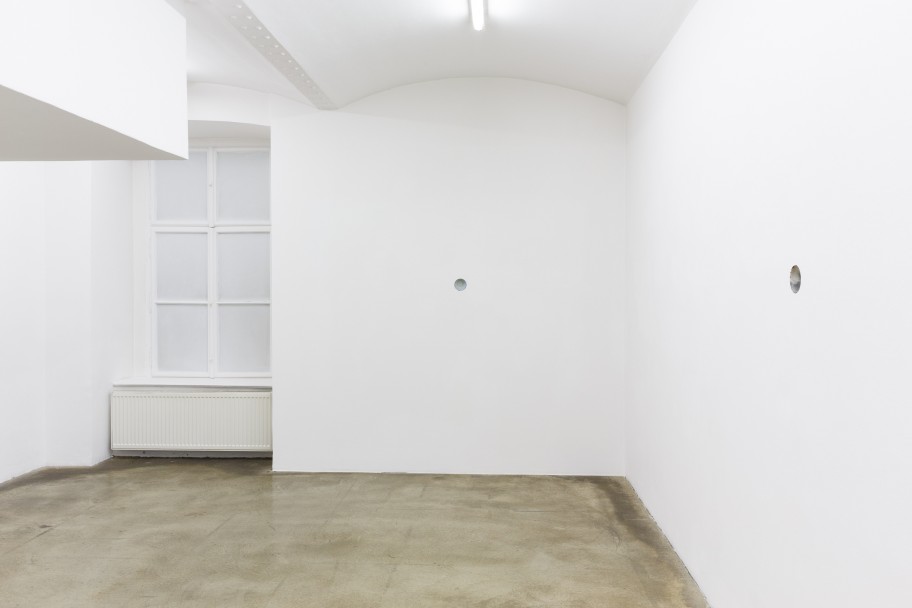 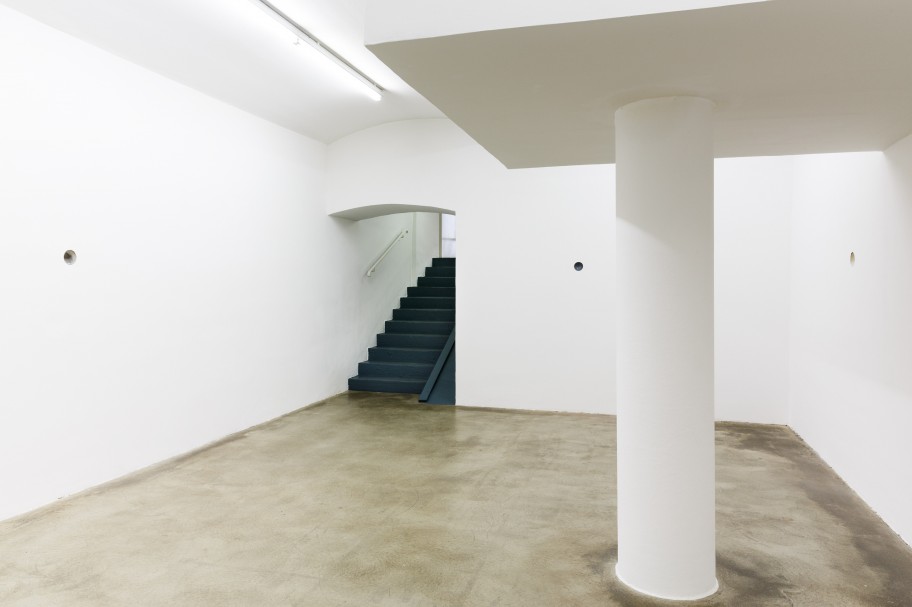 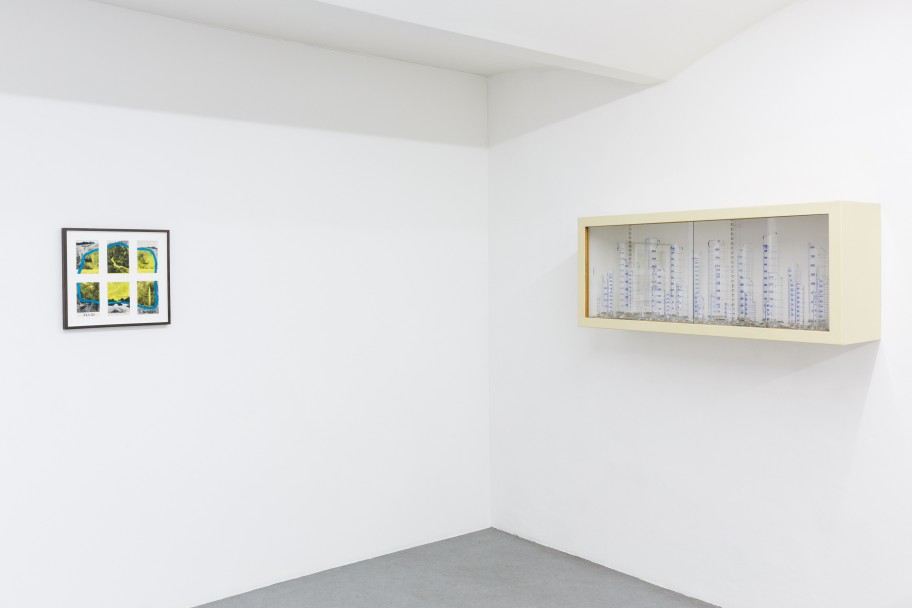 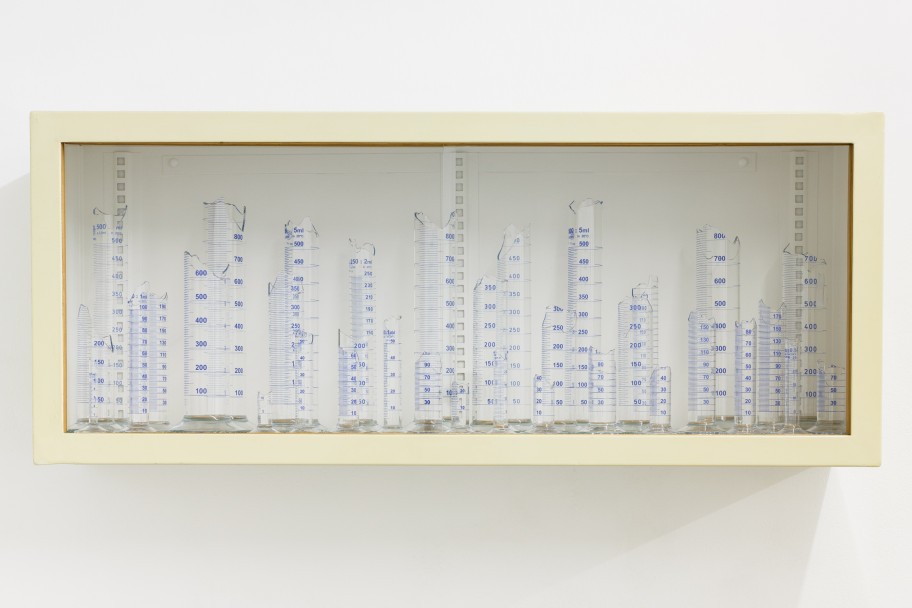 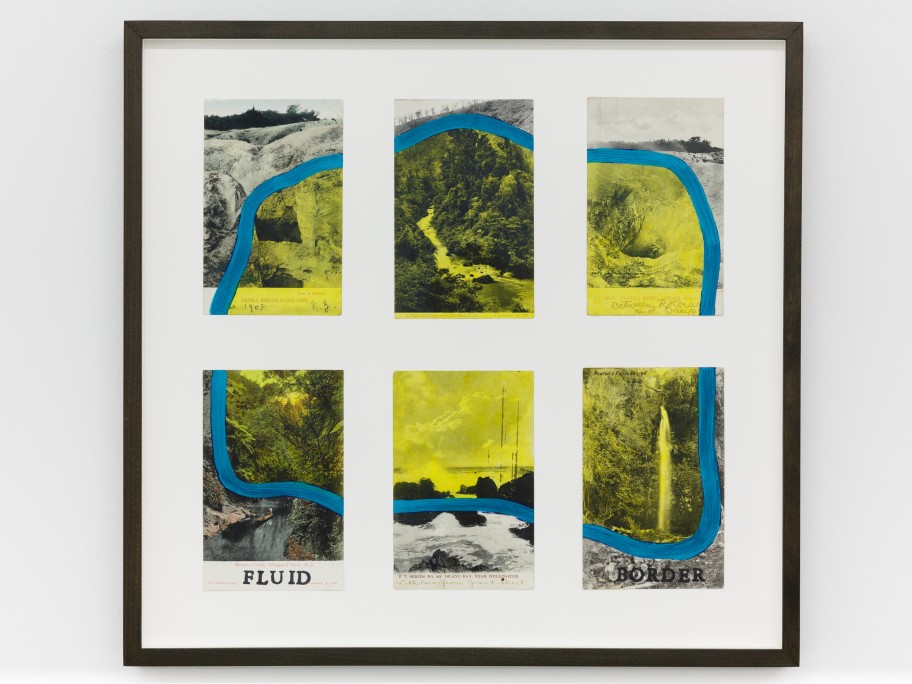 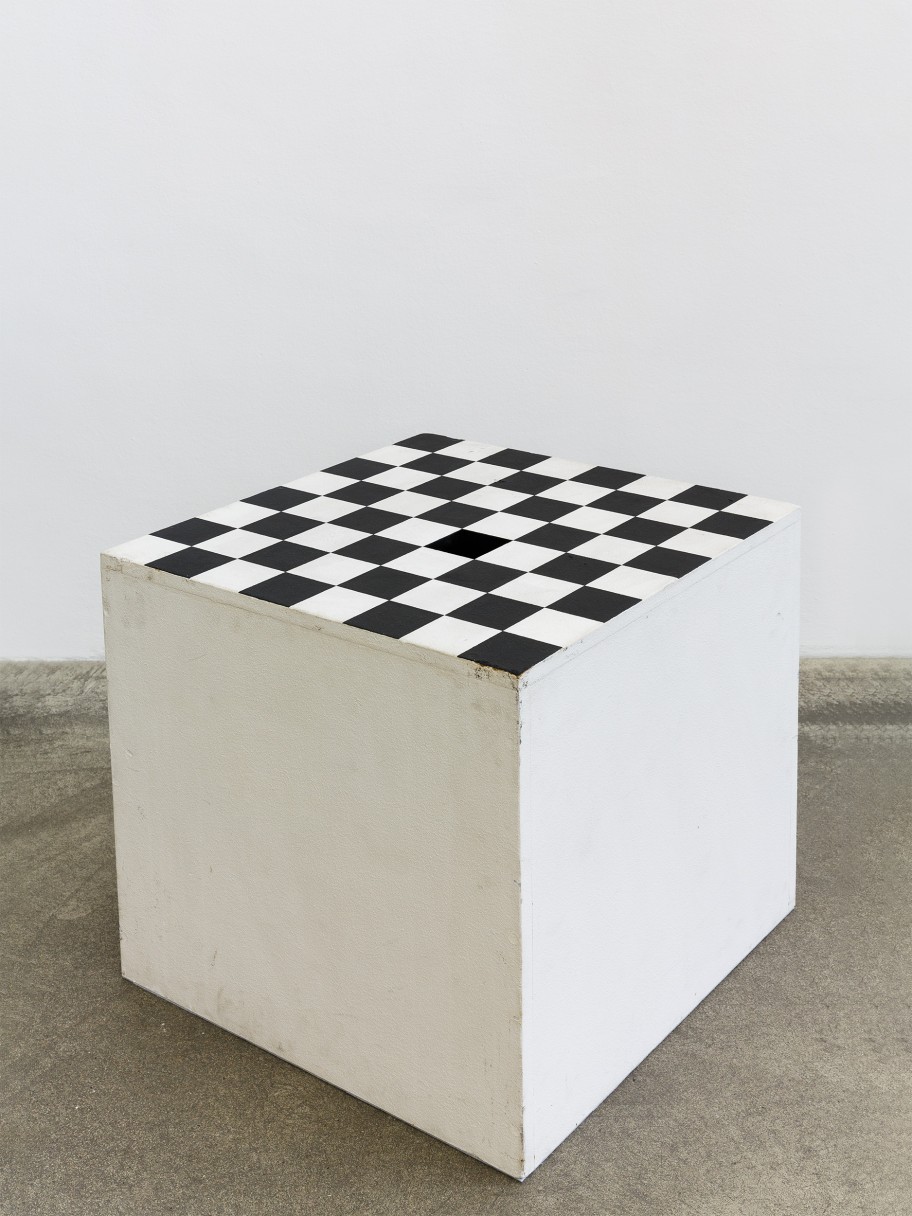 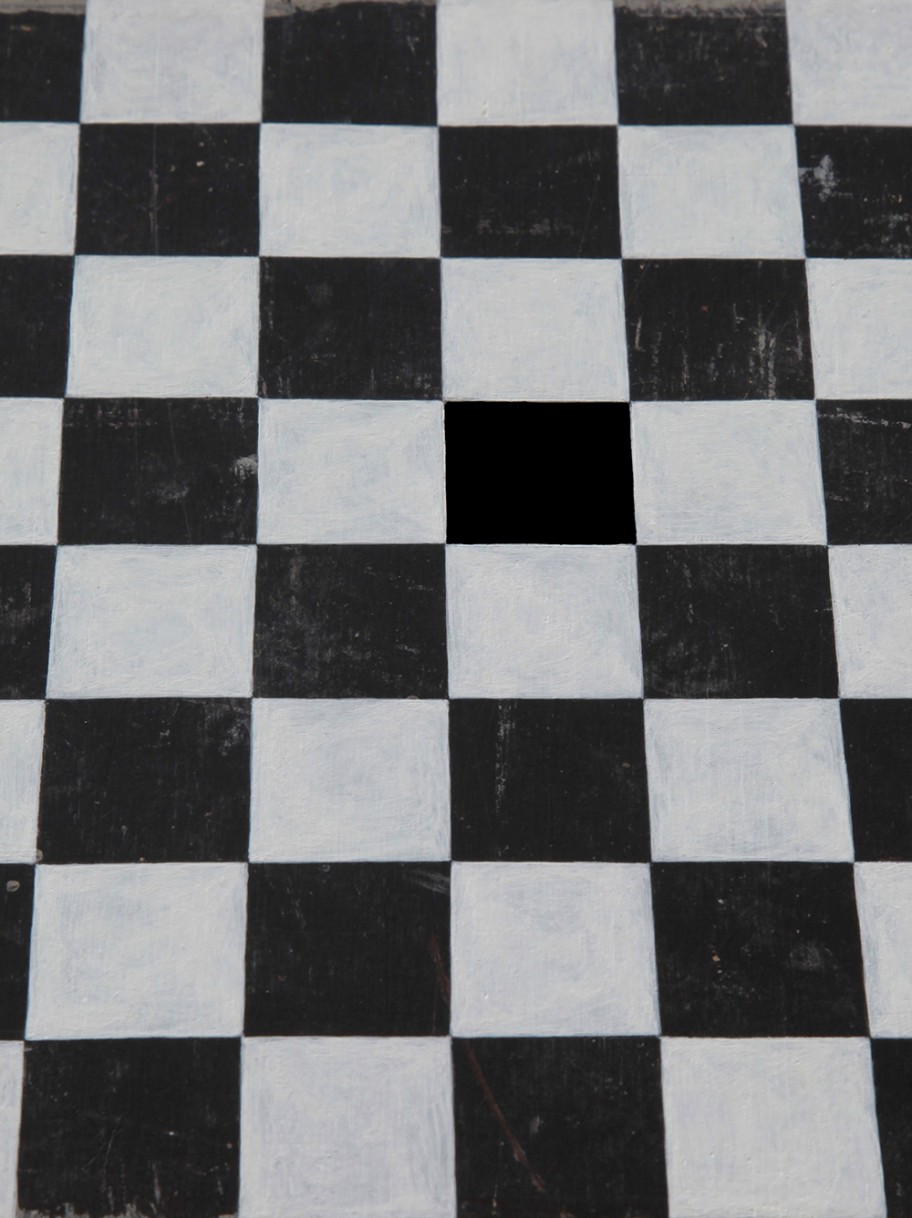 With his projects Roman Ondak invites us on a journey not merely in space but also in time. As an artist, he is able to address us in a universal and, apparently, also a timeless language, but despite his movement between continents he continues to return to one place like a satellite source, and that is Bratislava, where he lives and works.

Although his background is in conceptual art, he has emphasized on many occasions that his “things” point towards a reflection on sculpture.1 Ondak is disquieted by the relationship between memory and the picture; he plays with the material, essence and dimension of things, which he organizes with irony; his works are hung between reality and utopia.2

Autobiographical content, personal experience, the private history of the artist, is manifested in each work of his and is not just an admixture, an inessential component, but the filter and catalyst of the content.

Ondak’s objects and installations become more inconspicuous, almost unresearched, difficult to differentiate from reality. There is only a minimal shift beyond what they are essentially – a transference of the everyday to the gallery and a simple or even, we may say so, poor material: “creating something out of nothing”: that is what Ondak does. The economy of his means and the modesty of his gestures are stunning: monotone, often without a material basis, while even the largest of his projects is not wholly monumental.3

He uses the strategy of infiltration4 – natural symbiosis with the physical, mental and social space. The inconspicuous elements and situations of everyday life “disturb” the exclusive space of the gallery. Ondak’s sensibility is shaped by respect for the existing: a source of inspiration, which he draws from the daily perusal and the permanent creation of visual and textual notes. At the same time, he is building a specific archive of stimuli and possible ideas for future projects, but his commentaries also reveal a systematic working with thought and idea. Apart from realizable projects, his design sketches also have a utopian, unrealizable nature. This “flying off” into notes and records is not only of a purely pragmatic character, rather it gives proof of the artist’s powerful imaginative capacity and openness to alternatives in the perception of reality and to observation of human behaviour. After following his artistic development for a certain period, we find that Ondak returns to certain themes, subjects, spaces, phenomena, situations. His open system has a capacity for recycling, repetition, and vital circulation.

Ordinariness, wit, situational humour, improvisation, all play a role in these, and people often become participants in them without being aware that they are part of art. The essence of human behaviour is repetition of certain rituals, which are connected with a feeling of security and deepen social solidarity, and awareness of one’s own individuality in comparison with others. Ondak’s “ceremonies” are of a private but also public character, minimal but also more mass-type, founded on interactivity and the participation of viewers. Not only does he use the concept of displacement of ordinary objects, he also shifts, or by other means fuses, ordinary activities with the spaces of the gallery and cultural practice. The action forms, culminating in site-specific installations, which came into being through the participative spirit of visitors and staff at the museum institutions, and in which Ondak uses a synthesis of time, event, and visualised / materialised record, may be repeated according to rules set by the artist.
Ondak’s decisive concept, however, is the binary principle, based on the pair, two, duality, dialogue, play, a doubling network, a numerical and relational system of mathematical legibility where the foundation is two parts or two units. His basal system, founded on the pair and on universal form, is comprehensible either in a western or eastern context of thinking. With Ondak we find the binary principle in the relation of interior and exterior, fiction and reality, space and time, old and young, child and adult, empty and full, before and after, nomad and antinomad, miniature and monumental, private and public, concealment and revelation. The system of the pair seems to be a fortunate one: it has an overview, a partner, communication and balance.