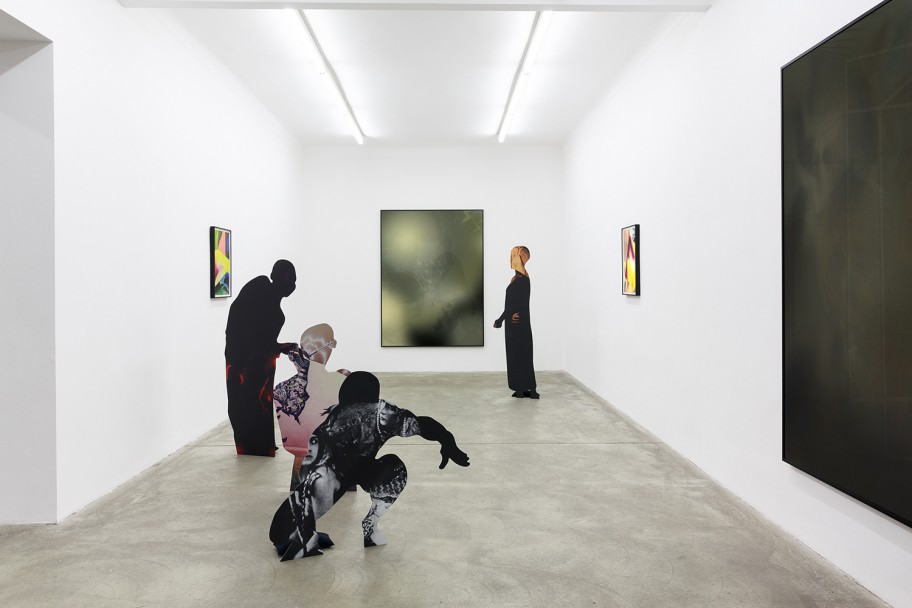 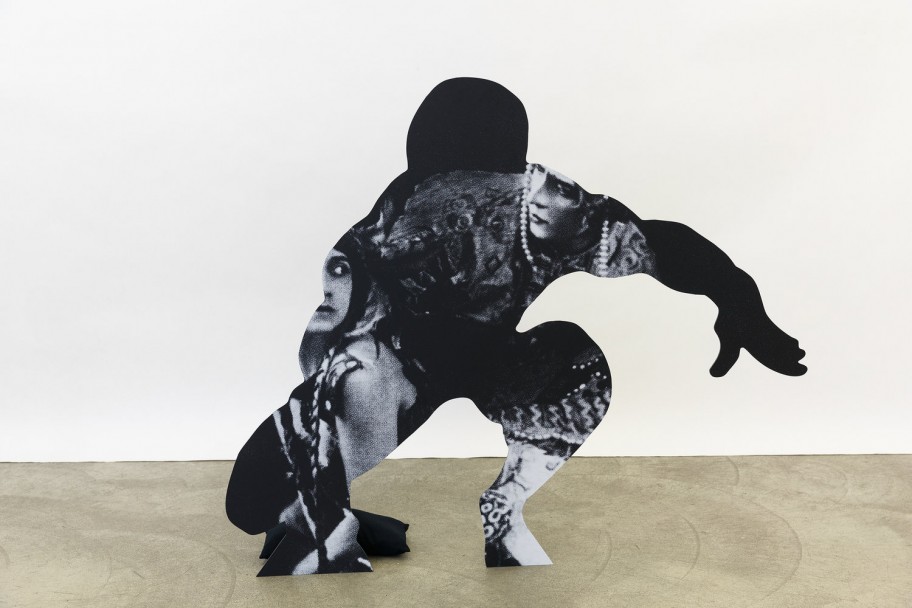 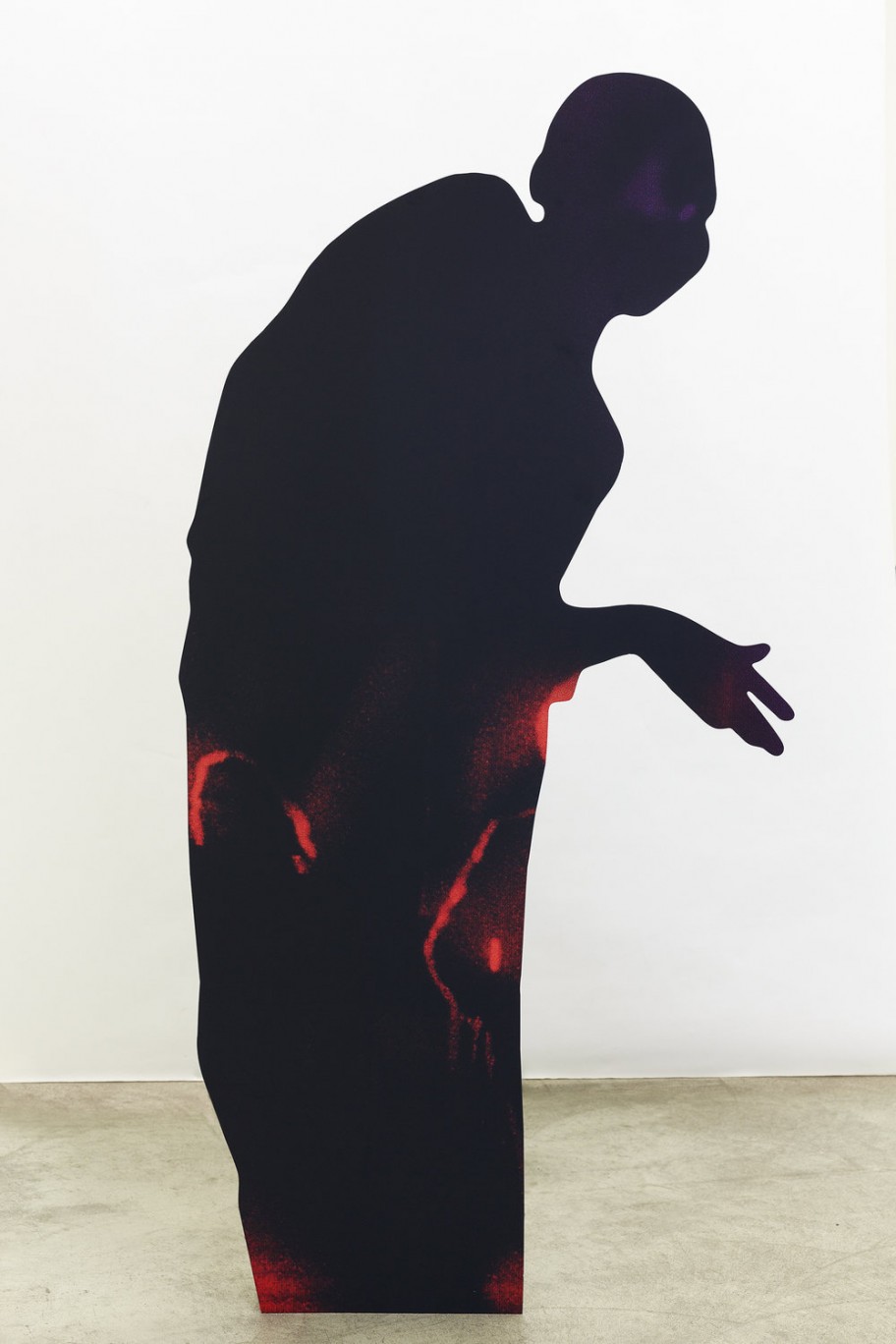 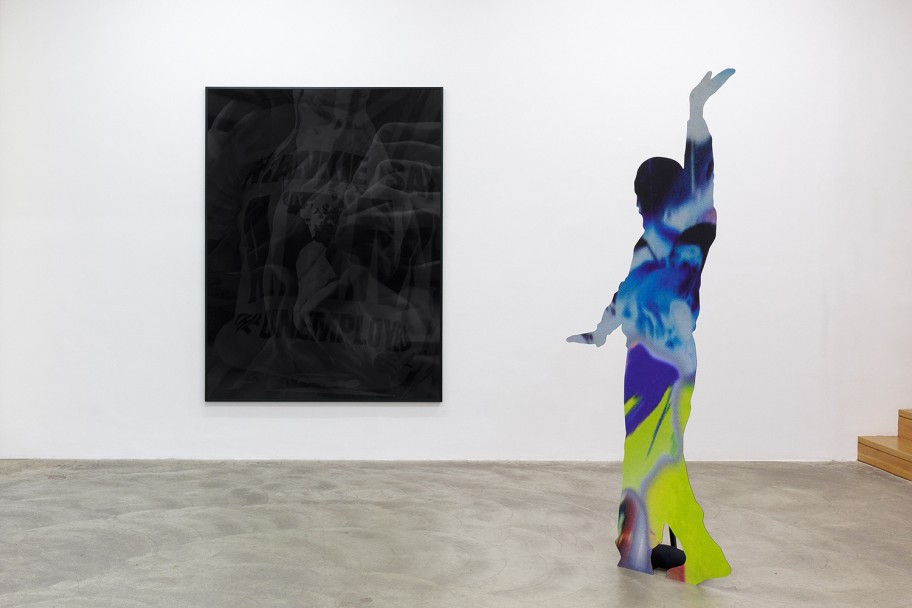 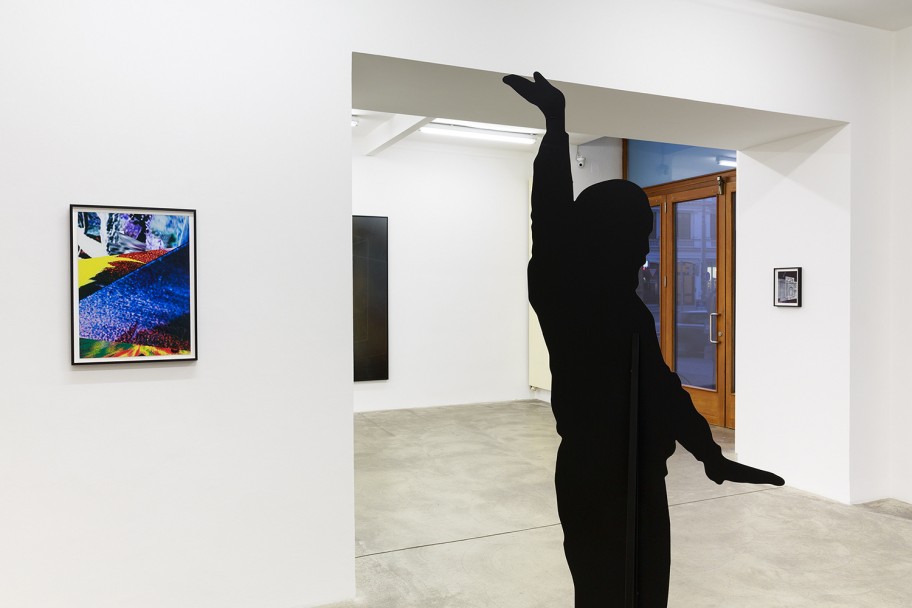 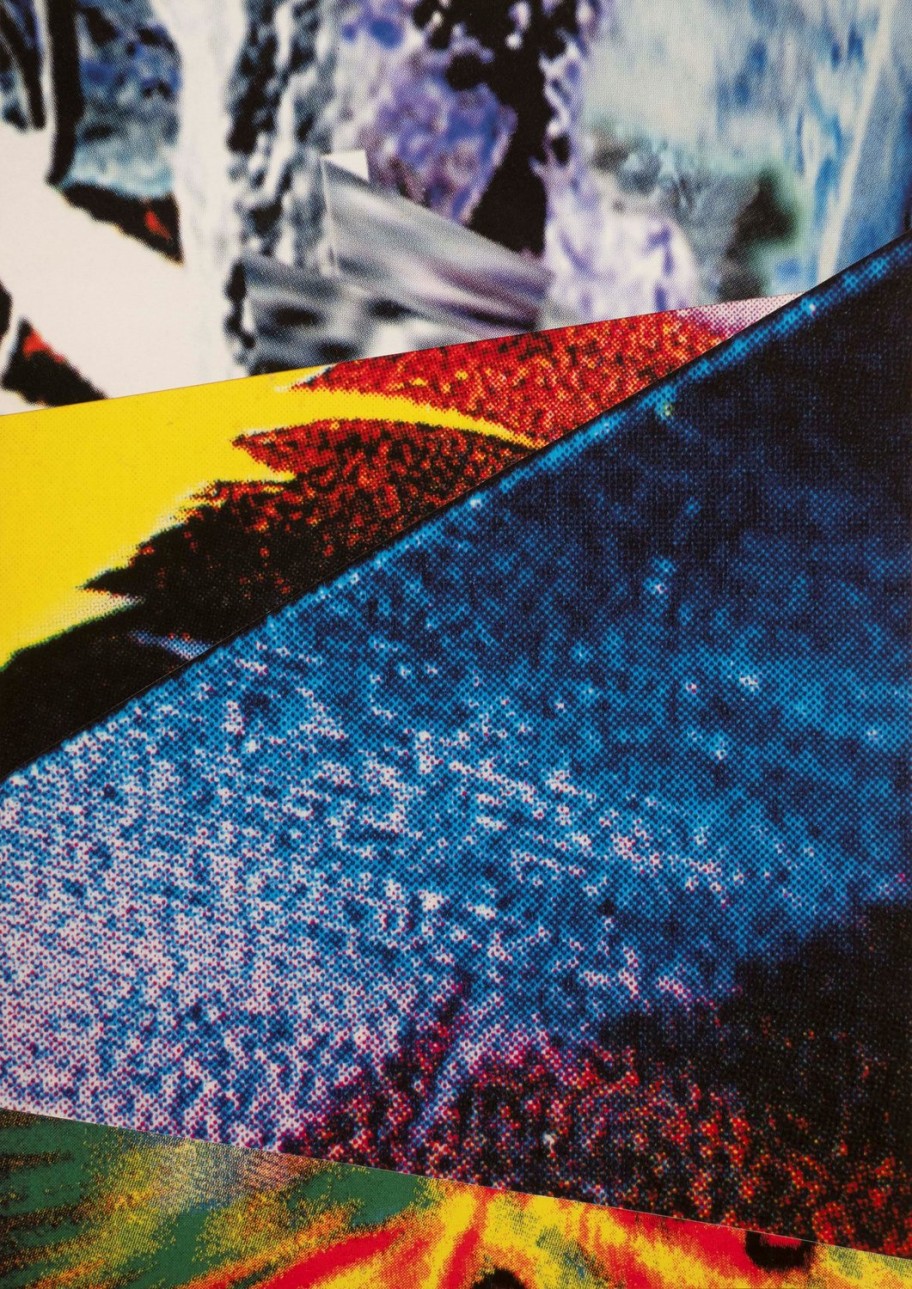 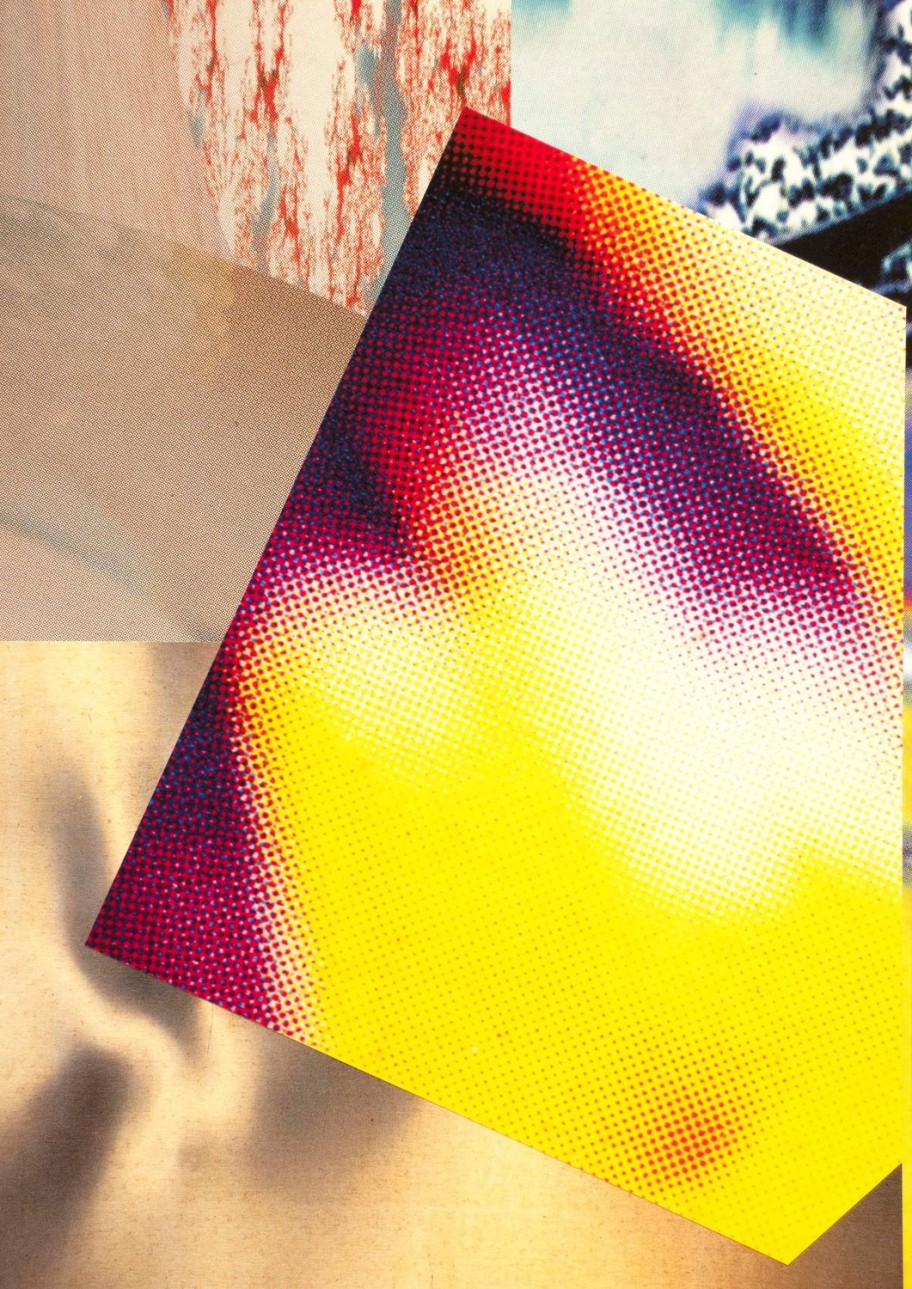 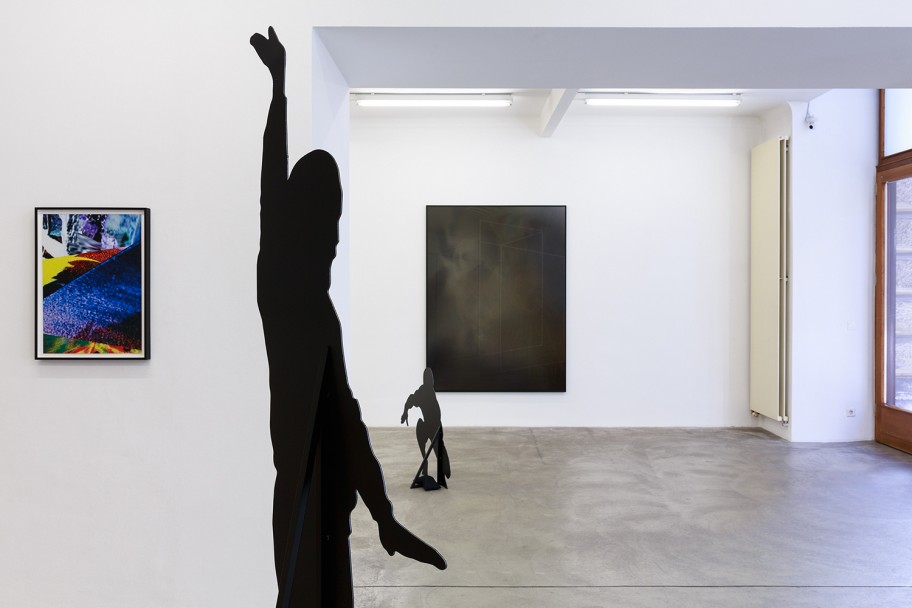 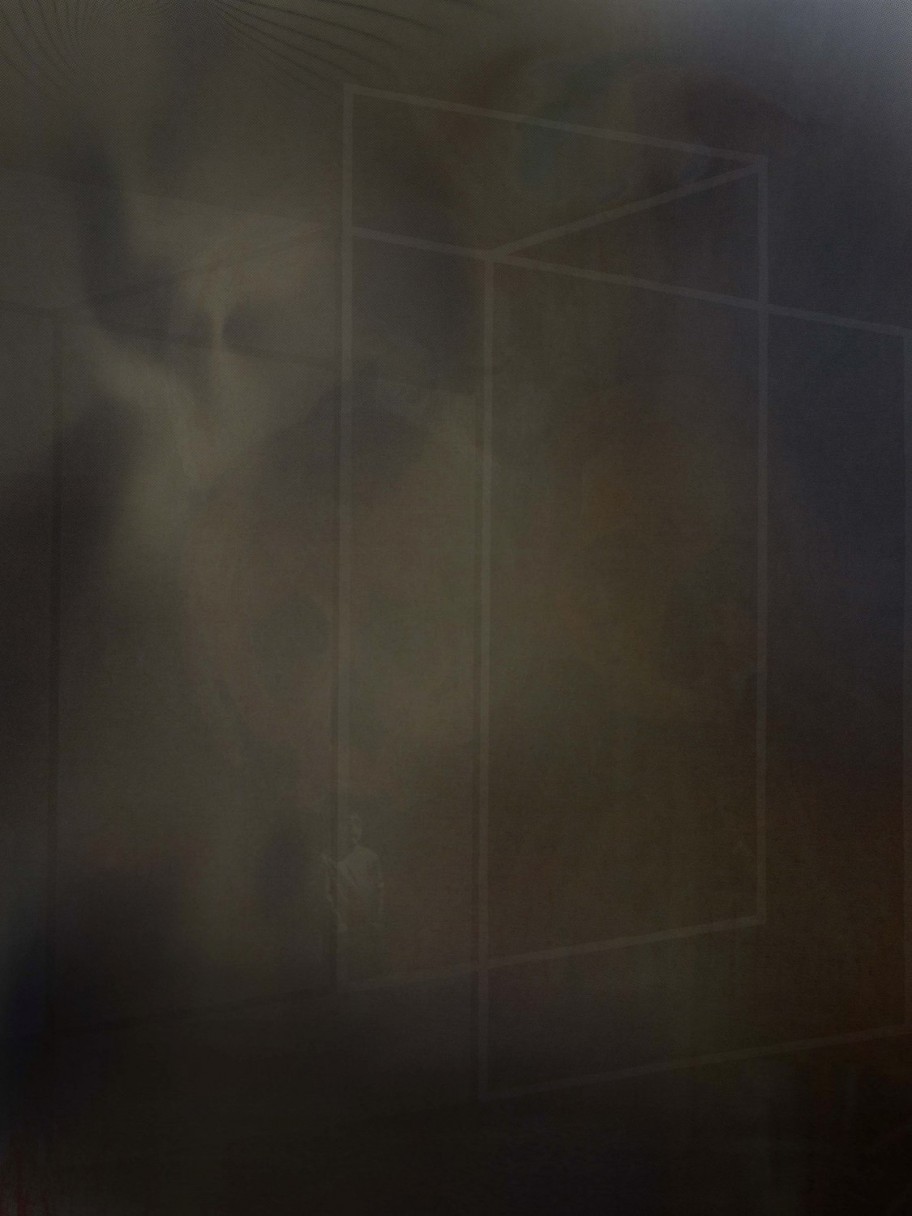 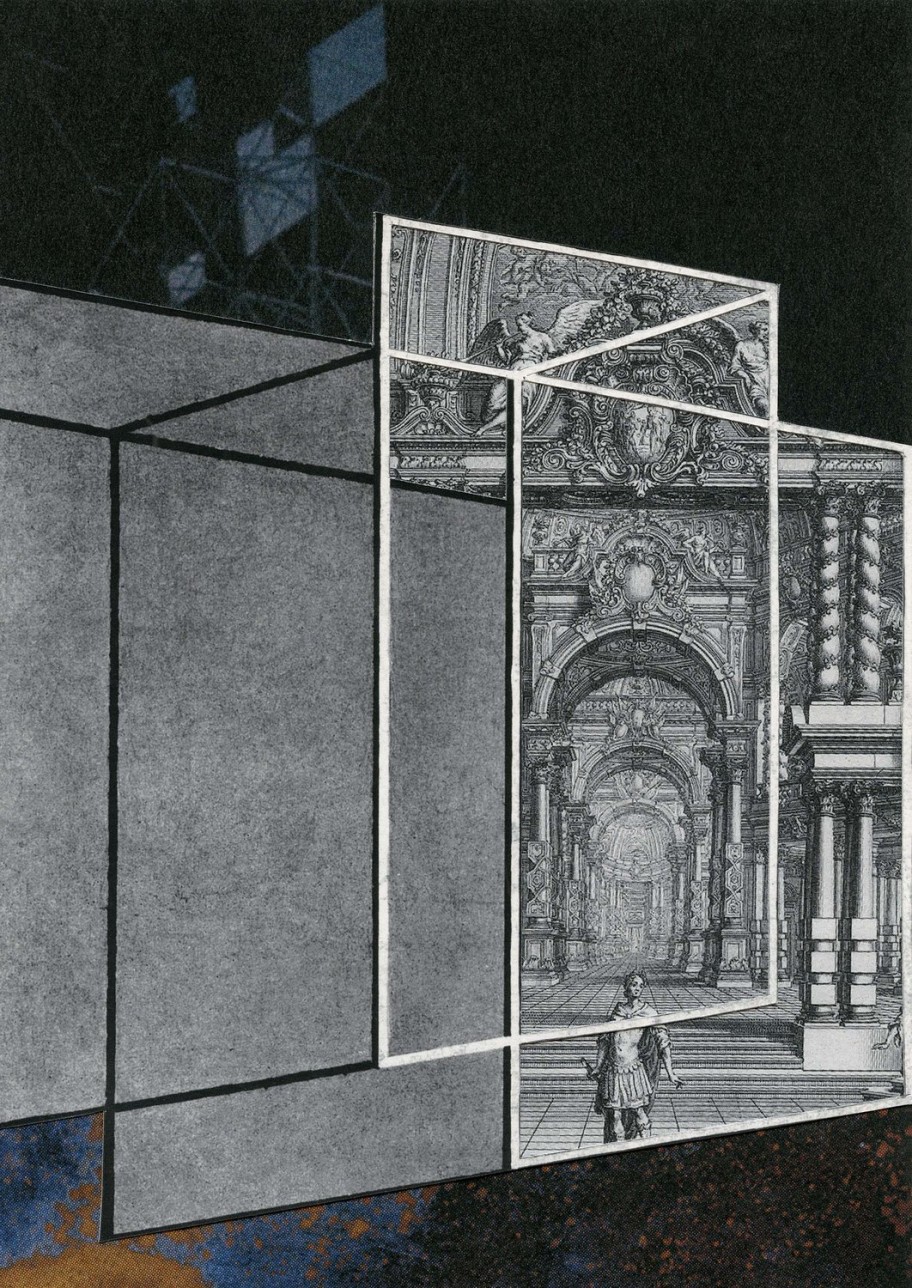 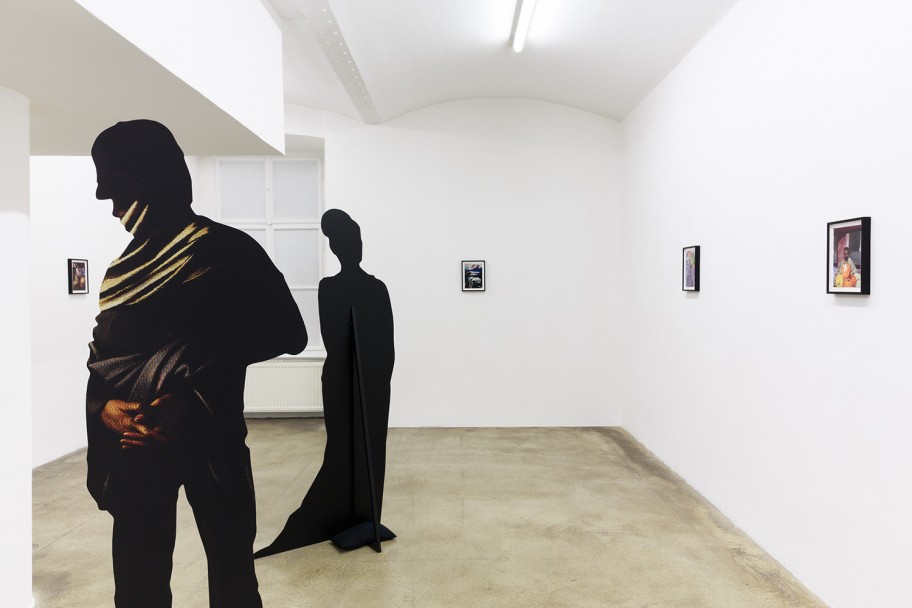 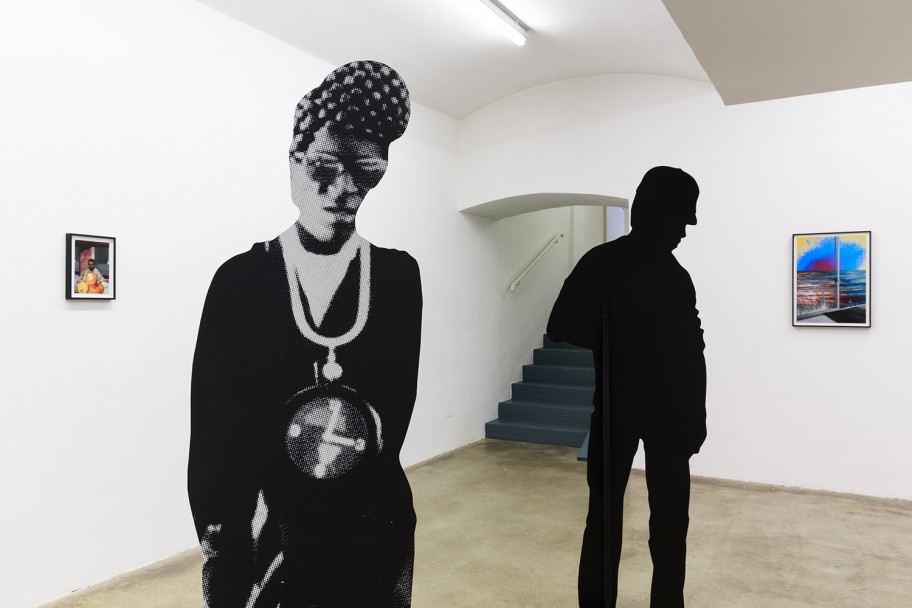 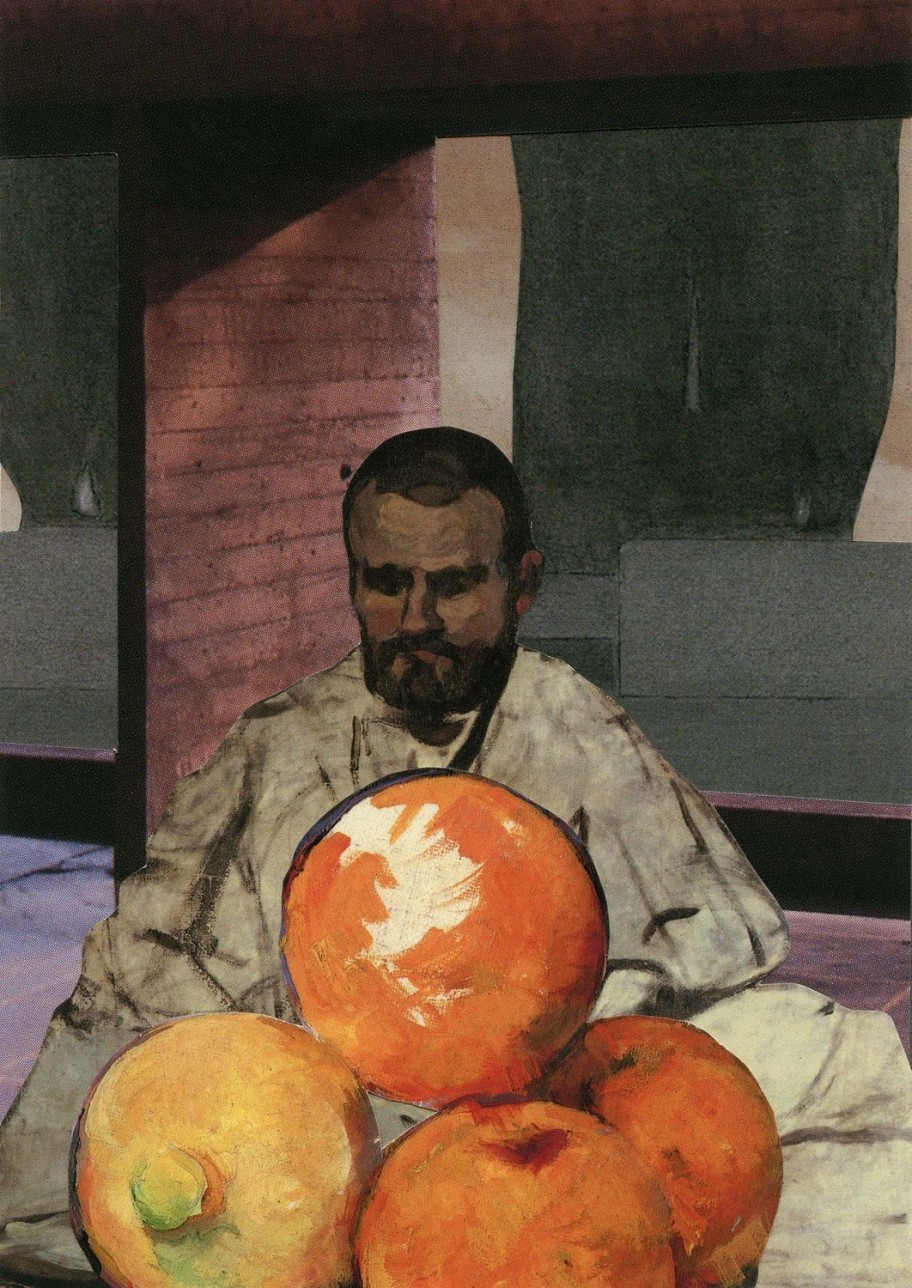 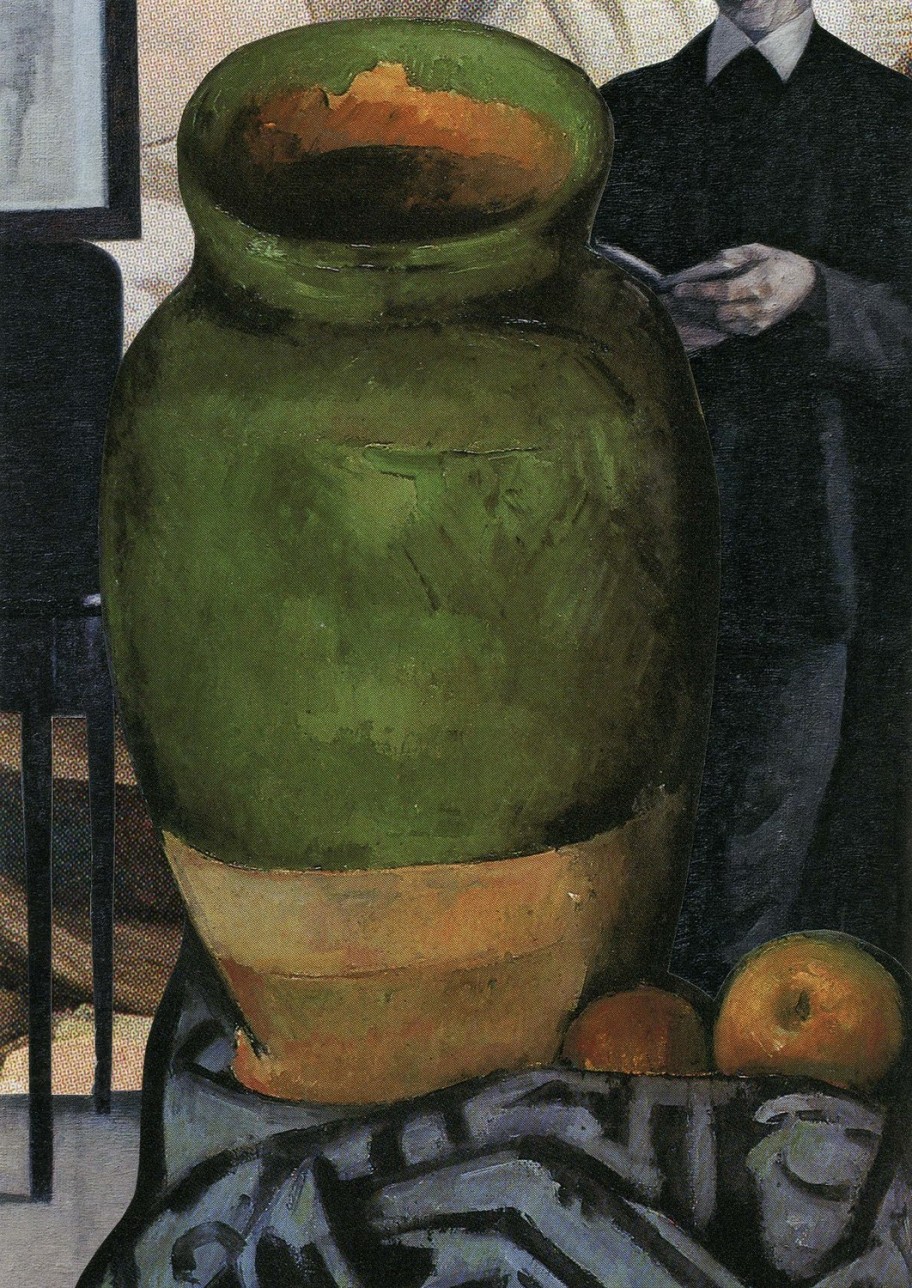 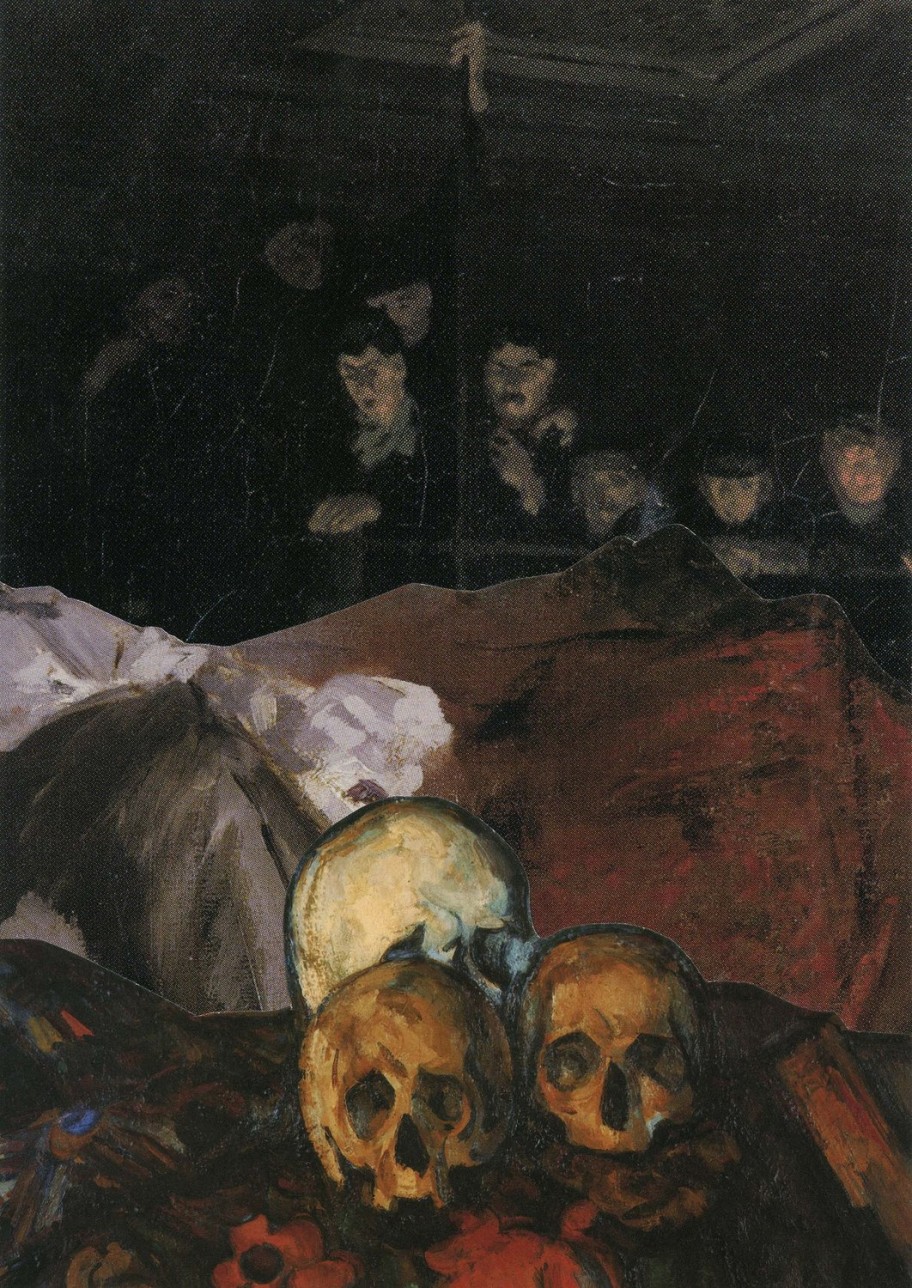 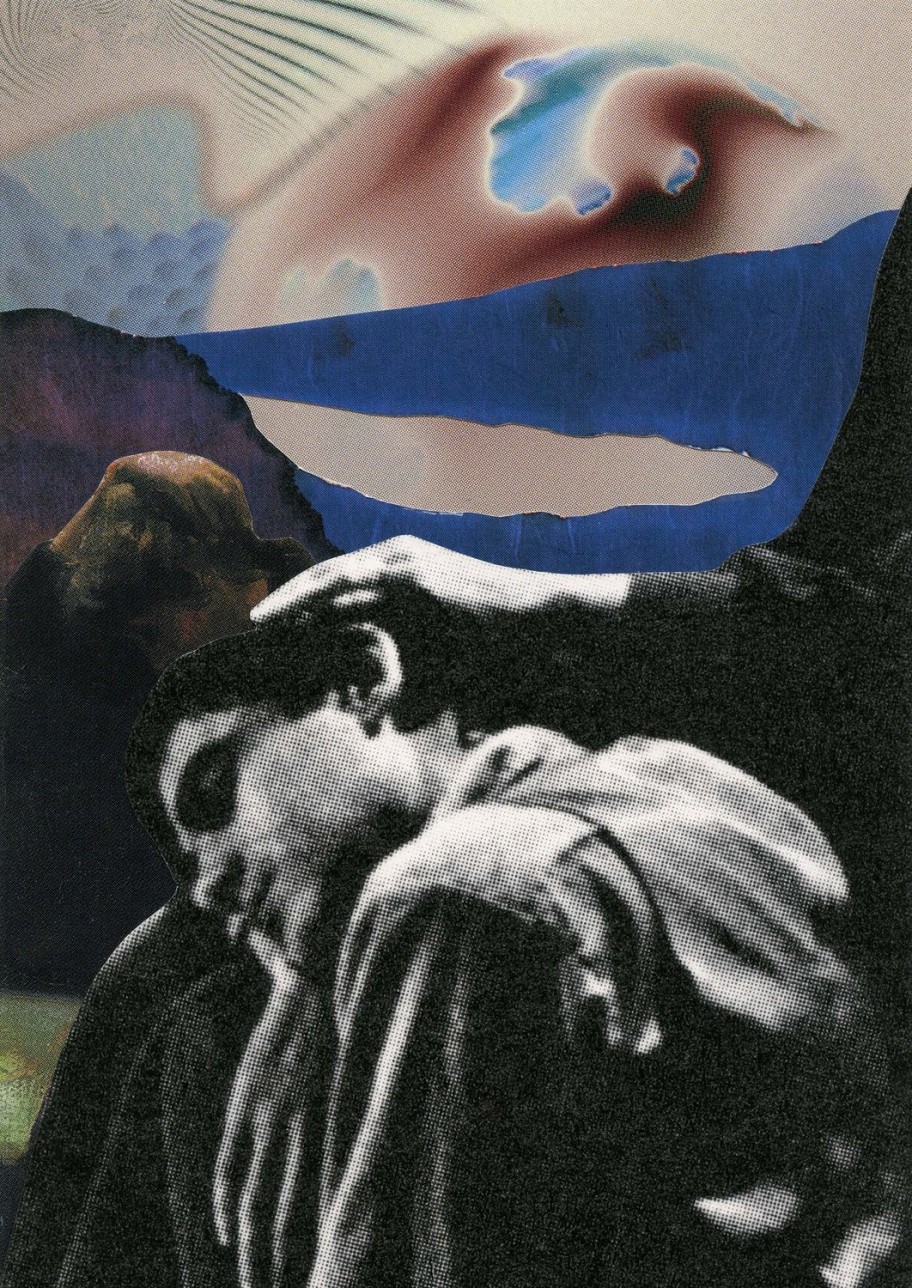 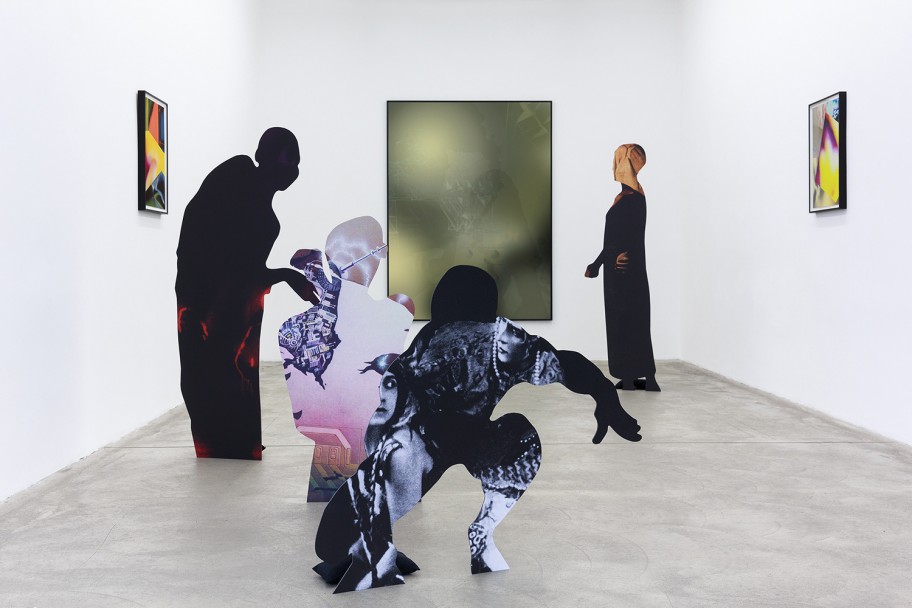 “Maybe all systems – that is, any theoretical, verbal, symbolic, semantic, etc. formulation that attempts to act as an all-encompassing, all-explaining hypothesis of what the universe is about – are the manifestations of paranoia. We should be content with the mysterious, the meaningless, the contradictory, the hostile, and most of all the unexplainably warm and giving … “

Building on Kolding’s ongoing interest in the construction of identities, Pieces brings together a wide range of visual narratives converging on continuous negotiations between individual and society.
The concept of symbiosis plays a key role in this exhibition. Echoing the above quote by Philip K. Dick it is posed as a counterpoint to the increasingly dominant authoritarian trends and principles of exclusion and isolation in contemporary societies and politics. Kolding’s understanding of symbiosis is not that of a flower-scented utopia where all live harmoniously - symbiotic relationships can of course be mutually beneficial as well as harmful - but rather in the inevitable interconnectivity that it entails. A conflicting collective, but a collective nevertheless.

Sculptural works of cut-out figures are placed around the exhibition space. In each work, the silhouette is dictated by one source, with the imagery “inside” coming from another, allowing for two images to be present at the same time, as part of one another. This creates a feed-back loop between two elements, destabilising their relationship internally, as a conflicted body as well as influencing the relationship to the other figures and to visitors. Like a dance perhaps, or, as seen from the back, a shadow play of vaguely defined bodies and positions.

Kolding’s choice of re-negotiation, re-viewing and re-appropriating, on insisting on an openness, is a social and political act, while at the same time giving us the space to derive our own experiences, to rework the narratives presented as well as our own personal narratives. The exhibition’s title is a nod to this practice, simultaneously suggesting the idea of something being broken as well as the idea of something being put together.

Continuing along these lines of converging and overlapping ideas and narratives the sculptures are accompanied by three large-scale prints, each consisting of several image layers at different levels of opaqueness. At first glance, the result looks abstract, almost like blurred monochromatic surfaces. Only upon closer inspection do the surfaces reveal themselves to be moiré patterns of co-existing images where no image takes precedence over others. This results in images that seemingly refuse to come into focus. Present, but as distant echoes, they evoke the illusion of fog or shadows, or the effect of looking into the sun.

The hazy nature of these prints is contrasted by a cut and paste collage series, in which Kolding explores imagery of past visualisations of a digital future. With material taken from science fiction book covers from the 1960s to the 90s, and rave and ambient record covers from the late 80s to the early 90s, the combined imagery suggests a future of new virtual worlds, both utopian and dystopian. Having zoomed in on details to the point of abstraction, the images are visually arresting, appealing, proposing a bright digital future. However, seen now, these images become tinged with sadness, revealing a dark undercurrent running through them. The abstract visualisations of once-upon-a-time dreams of an emancipatory utopia, of a networked world and individual freedom, give way to concrete realities of diminished privacy in a digital world of extreme inequality, far outside democratic control.

Returning to the idea of symbiosis, it becomes clear that Kolding’s interest is not in an outcome of harmony or of the ”right” pairing. It is a question of what happens when we acknowledge that several ideas and identities, elements and people can co-exist, that they can operate in the same space. The openness that is being sought is not an act of nihilism, but, on the contrary, an insistence on the importance of looking for meaning – how it is made and by whom. With Pieces, Kolding constructs an in-between world where context and meaning are continually shifting, giving way to new means of understanding and ways of being.

Jakob Kolding, *1971 in Albertslund, lives and works in Berlin.