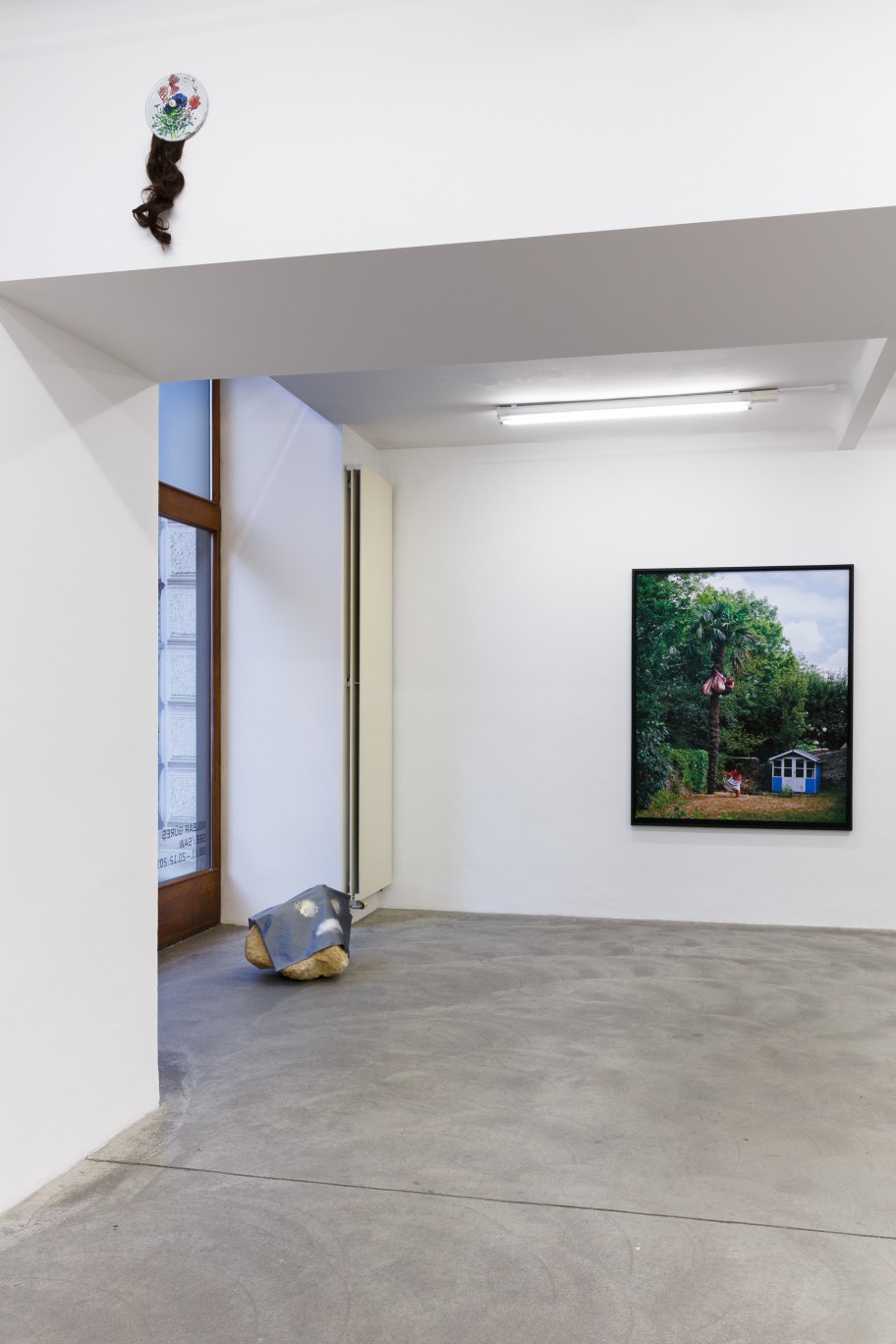 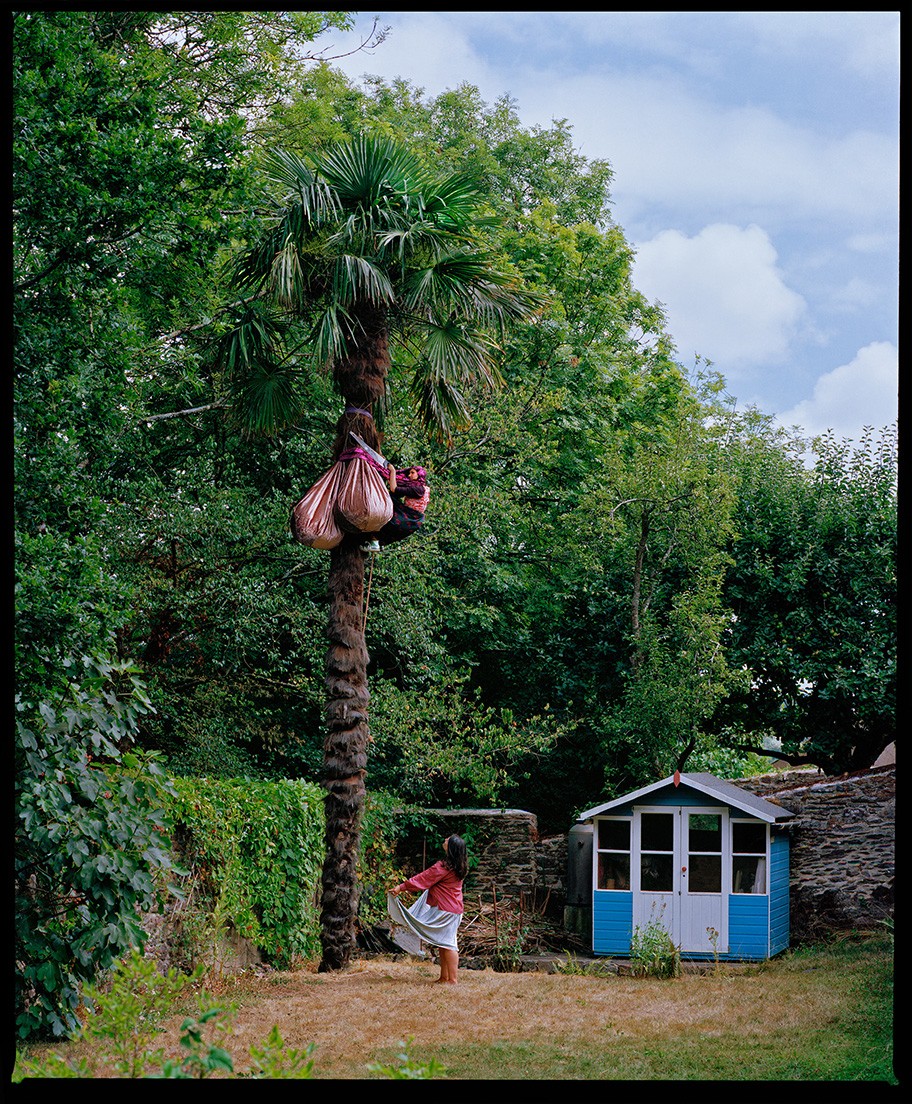 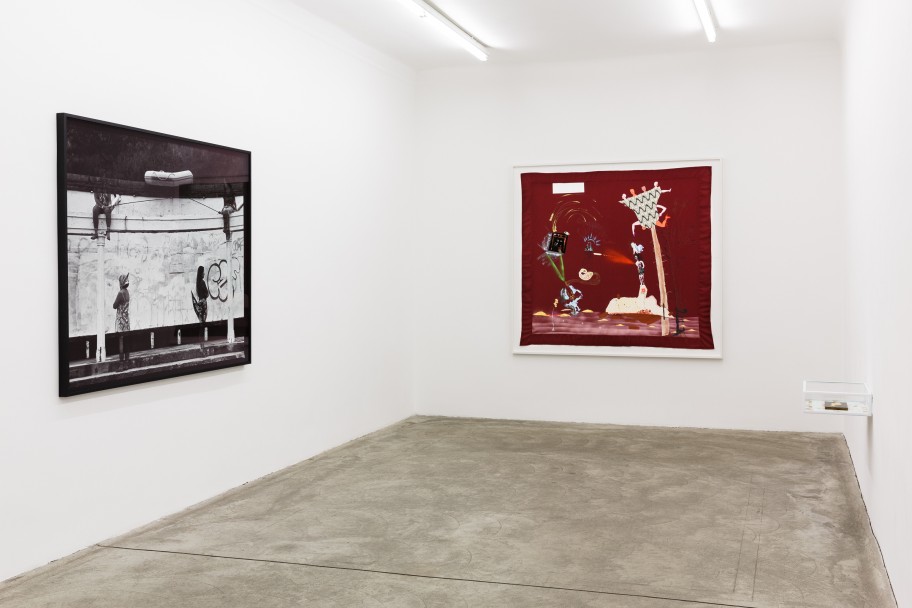 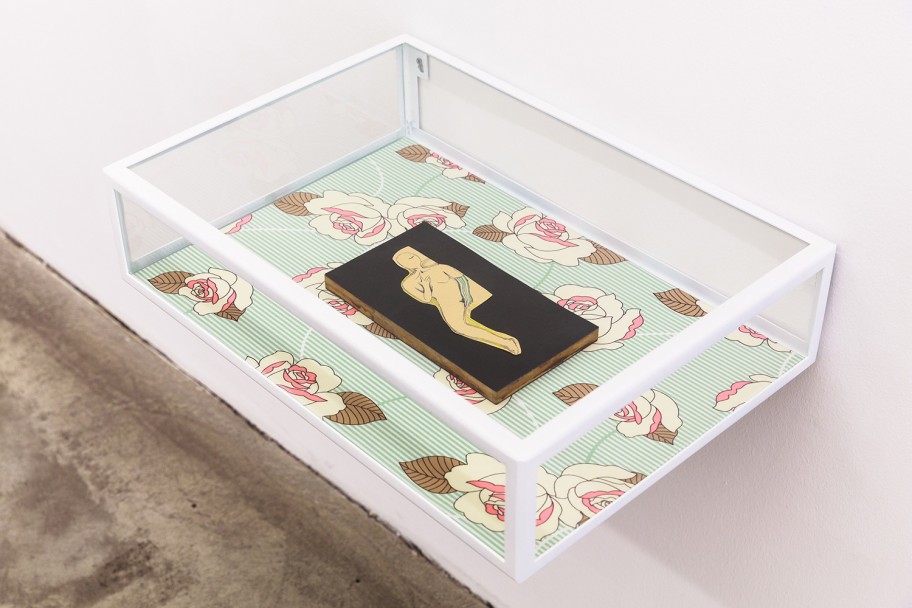 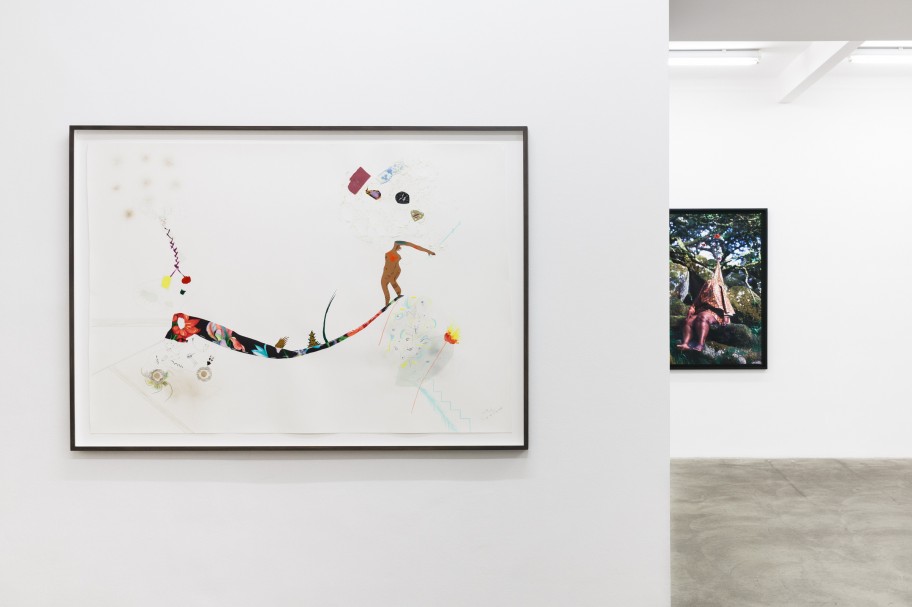 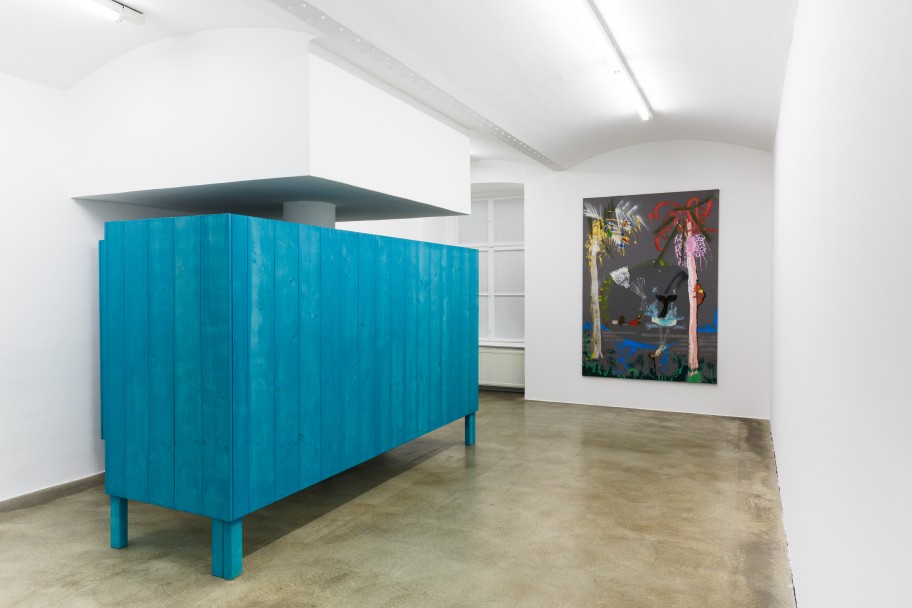 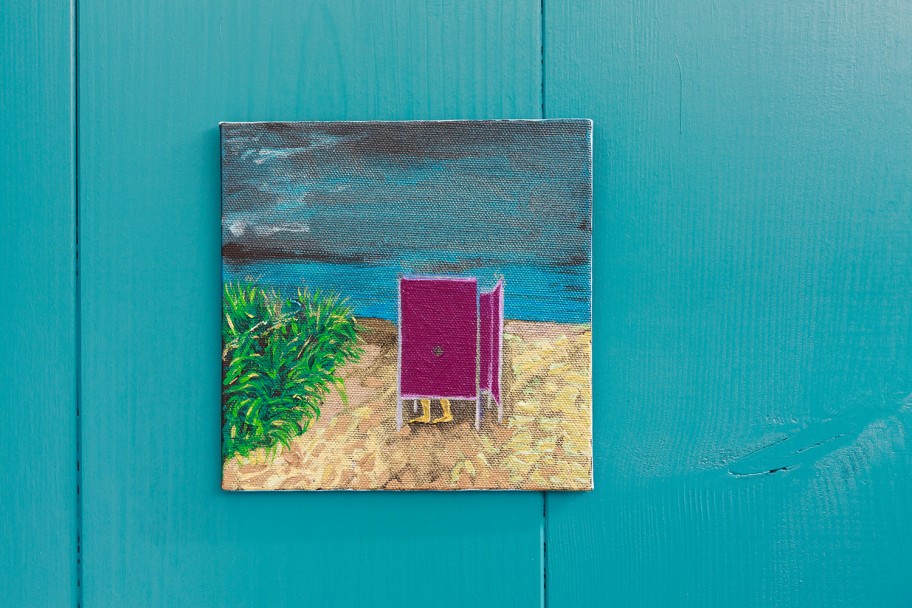 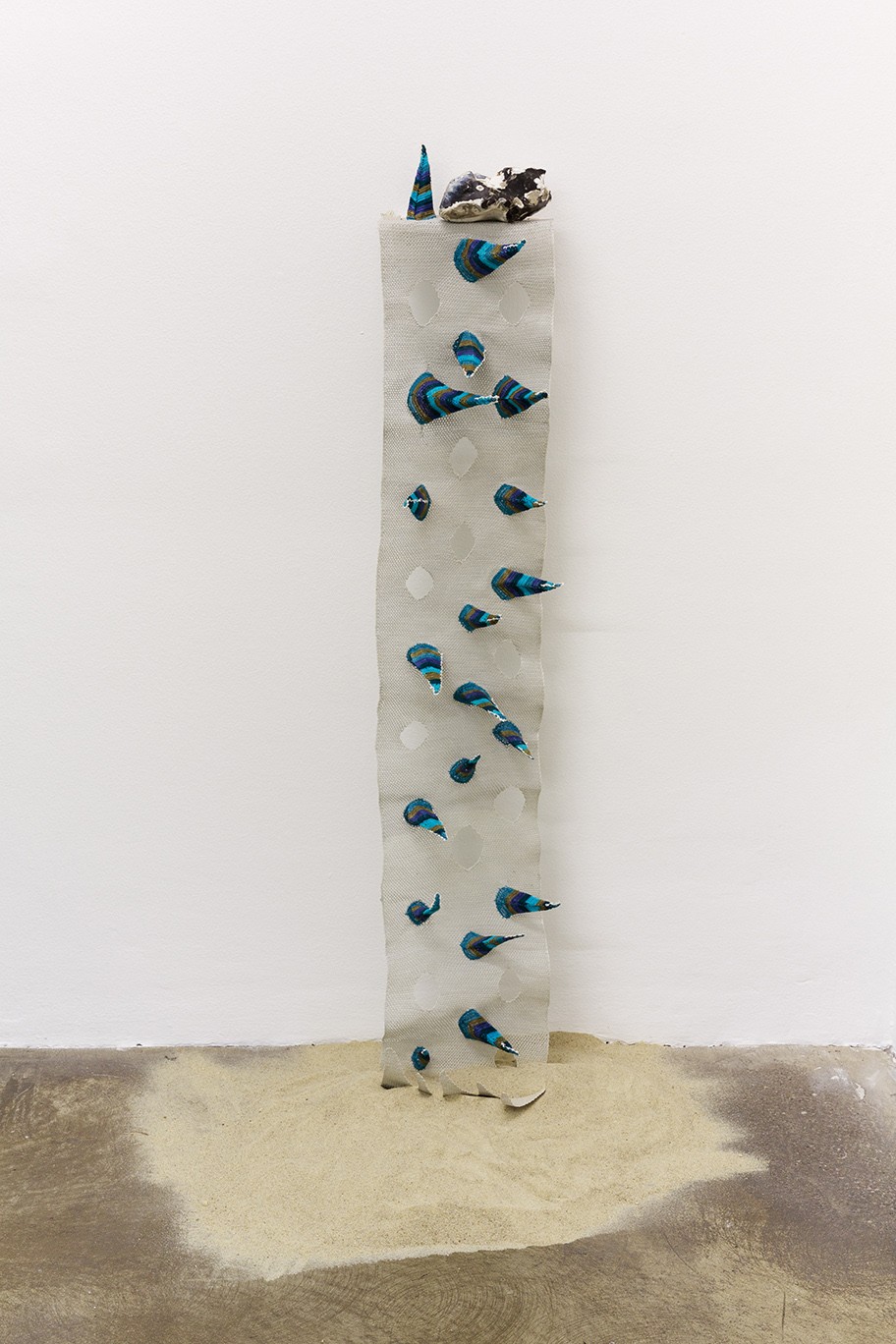 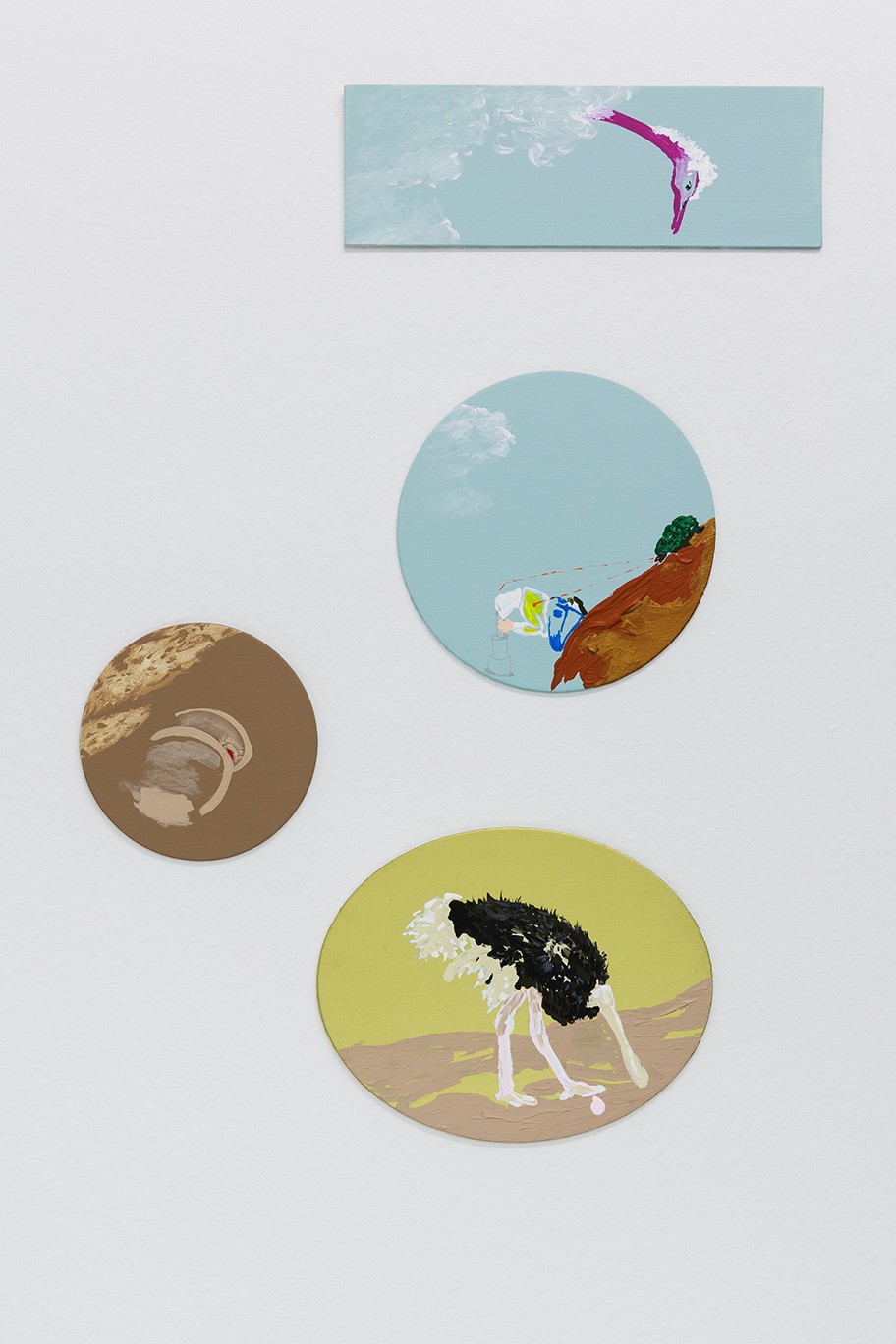 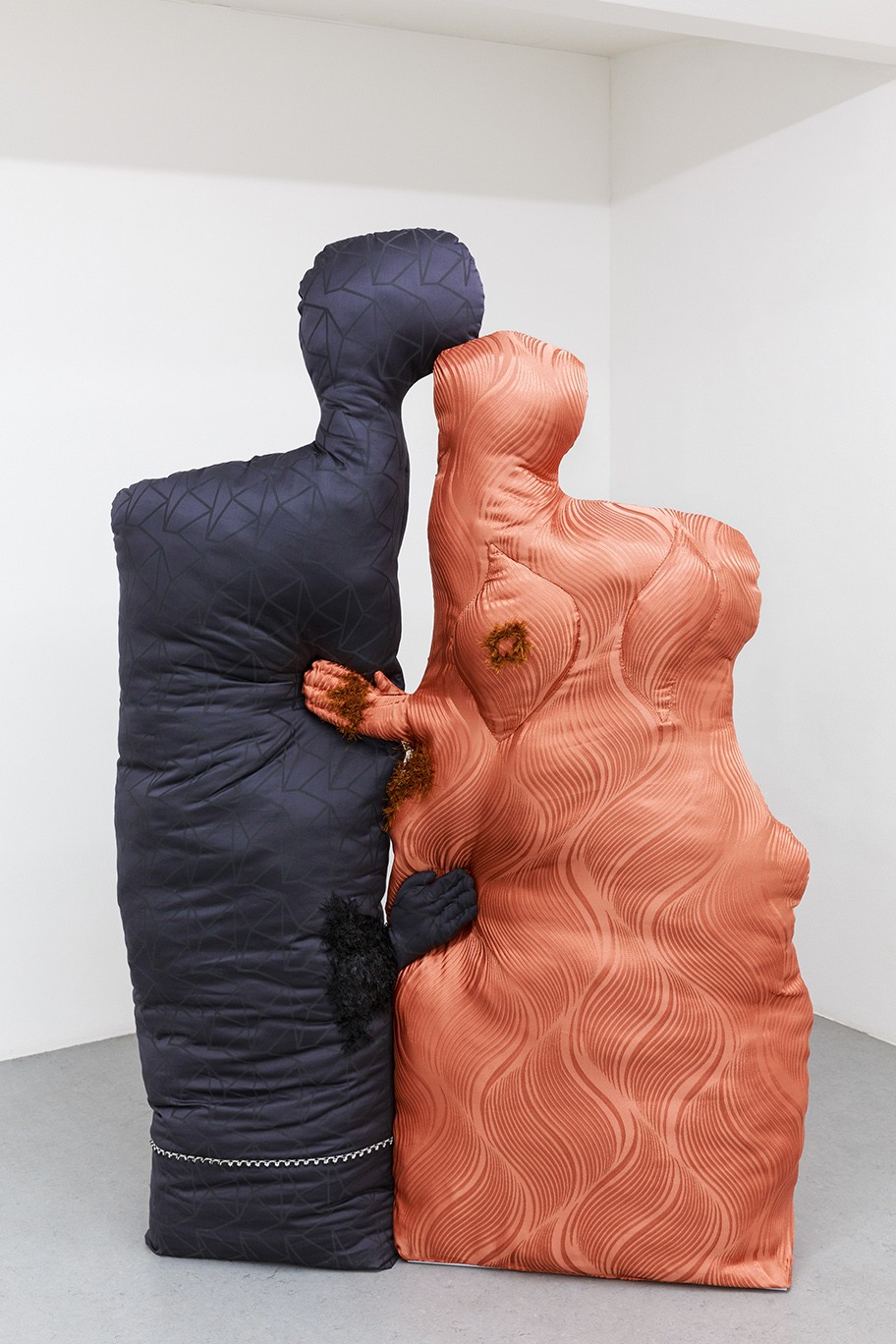 Seeing and being seen, concealing and revealing. In See/Saw, the third solo exhibition by Nilbar Güreş at Galerie Martin Janda, she uncovers dual social structures and exposes traditional patterns of thought and behaviour in her new works. Diverging from a modern Western world view, structured by oppositions – culture/nature, mind/body, self/other – she engages with new possible forms of representation for female, queer and cultural identity.

Coconut Cutters (2018), See/Saw (2018) and The Eye (2018) – three new photographs created during Nilbar Güreş' participation at the The Atlantic Project 2018 art festival in Plymouth (UK) – are fantastical, humorous scenes behind which socio-political constructs and the individual fates associated with them are concealed. The artist collaborated with people living in Plymouth to create these staged images. In See/Saw two women with very different lives want to find out more about one another and in doing so address very personal issues. The Eye engages with the veiling of cultural, spiritual and gendered identity through colonialism. Coconut Cutters shows two women in a garden of Garden of Eden-like setting. One of the women is sawing the nuts off the coconut tree – and at the same time cutting through her headscarf.

Nilbar Güreş' textile collages are combinations of her own intrinsically free-form use of techniques such as drawing, embroidery, appliqué and painting, to depict scenarios rich with associations. For the artist, textiles are not only an inexhaustible source of inspiration but also media that can transcend time and space, creating connections with bygone times and past cultures. The collage AKP's Light Bulb or America's Freedom Sculpture (2018) tells of the clash of values in an integrative society with conservative authoritarian politics and engages with aspects of the current political situation in Turkey as well its complex shared history with the USA. In another textile collage, On Four Hands (2019), a blanket which would otherwise cover the most intimate secrets and inner states has been folded back. The societal 'circus', from which the most intimate details are hidden, takes place in the upper half of the image.

For this exhibition, Nilbar Güreş has developed a new walk-in installation, The Hole (2019), in the lower gallery space. The architecture resembling a public changing room only seemingly offers protection from prying eyes. This makes it all the more clear that it references a culturally specific taboo of the body and gender, also playing on the gesture of concealing and uncovering. Someone disappears briefly and then re-emerges – has anything changed?

The playful irony that also underlies The Hole is an essential component of Nilbar Güreş' works. Despite the frequently serious subject matter, she offers positive alternative scenarios – for, as she says herself, humour can generate hope.

Nilbar Güreş, *1977 in Istanbul, lives and works in Vienna and Istanbul.

The photo production for The Atlantic Project was supported by SAHA Association.