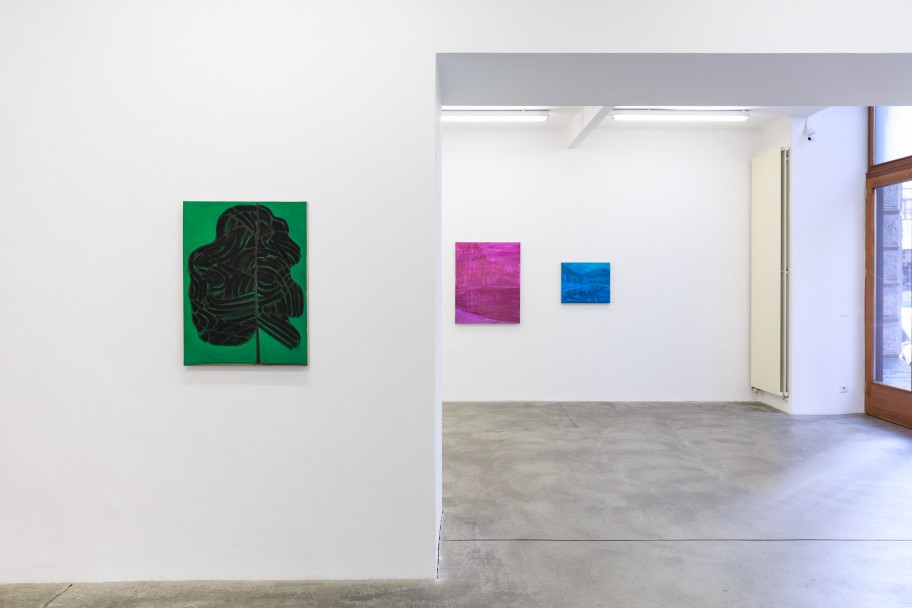 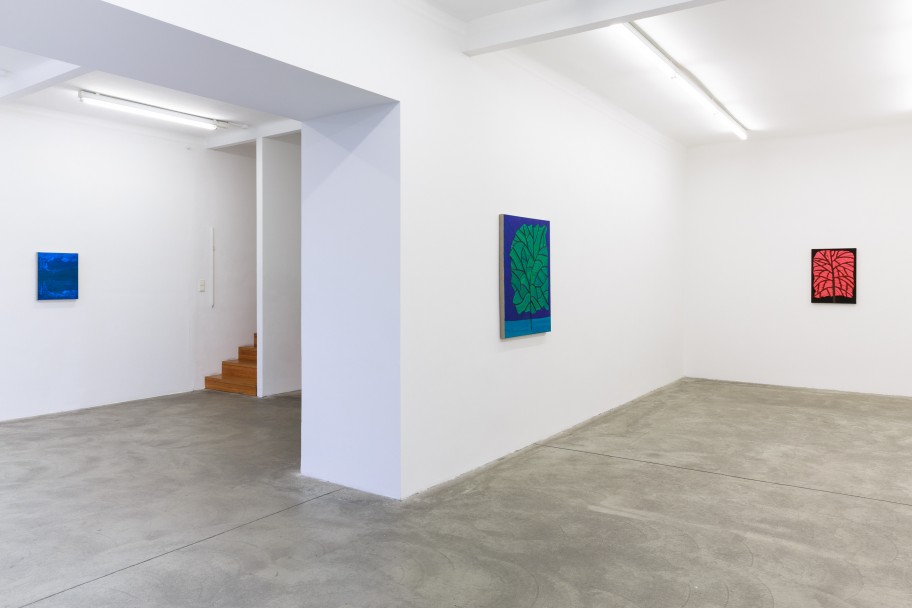 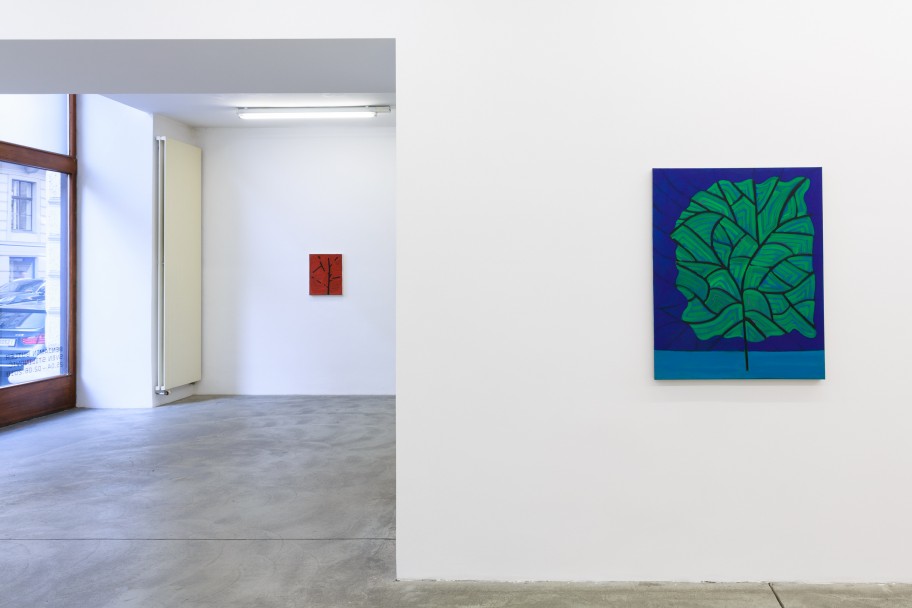 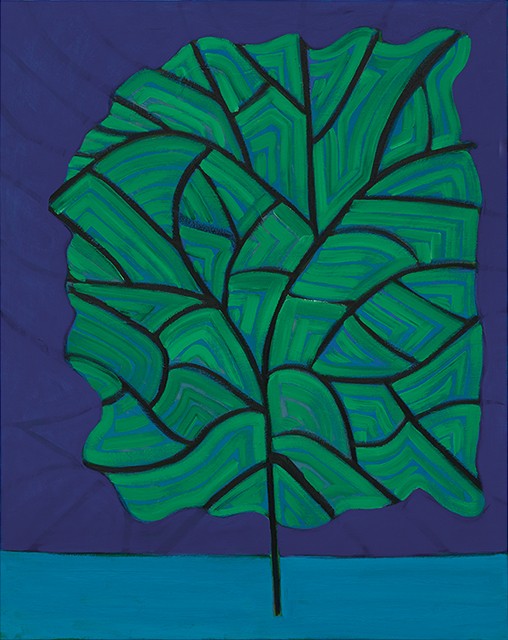 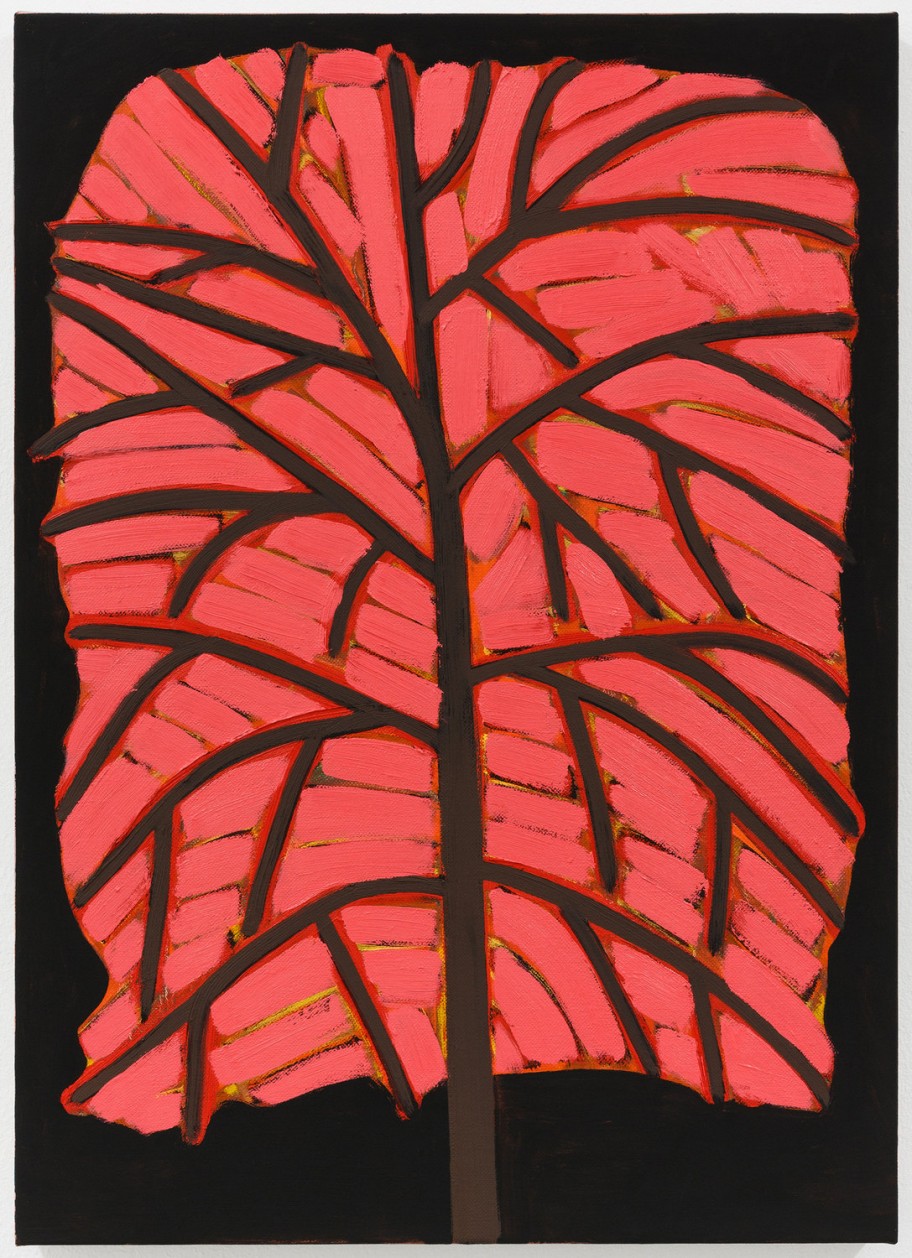 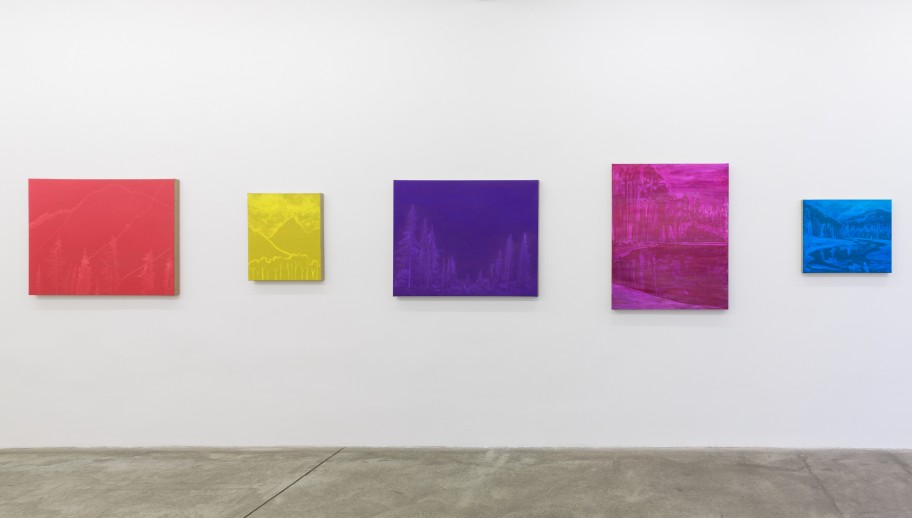 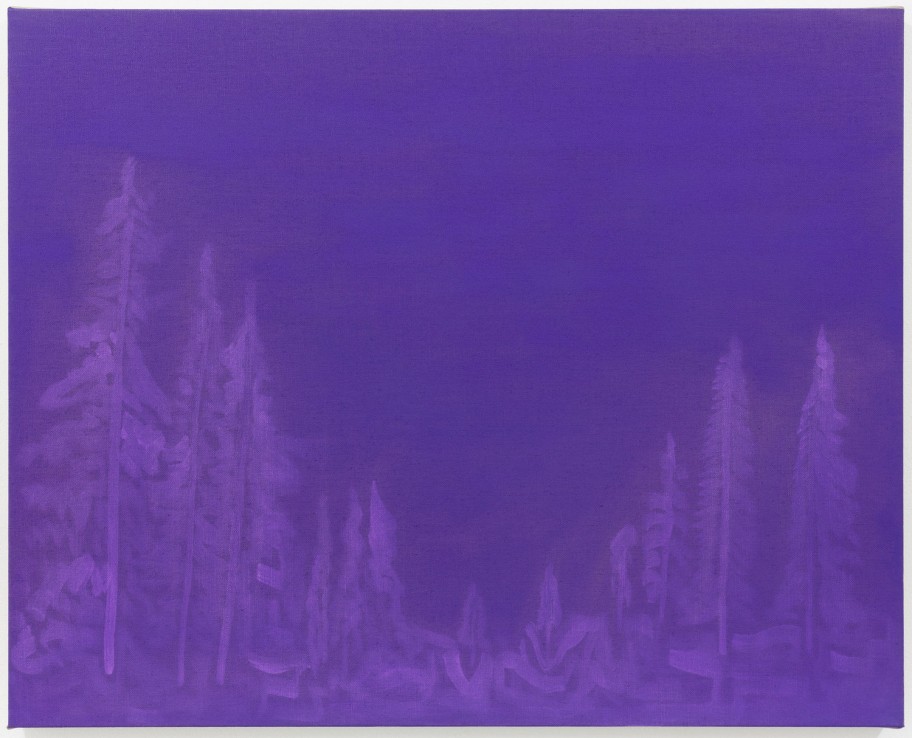 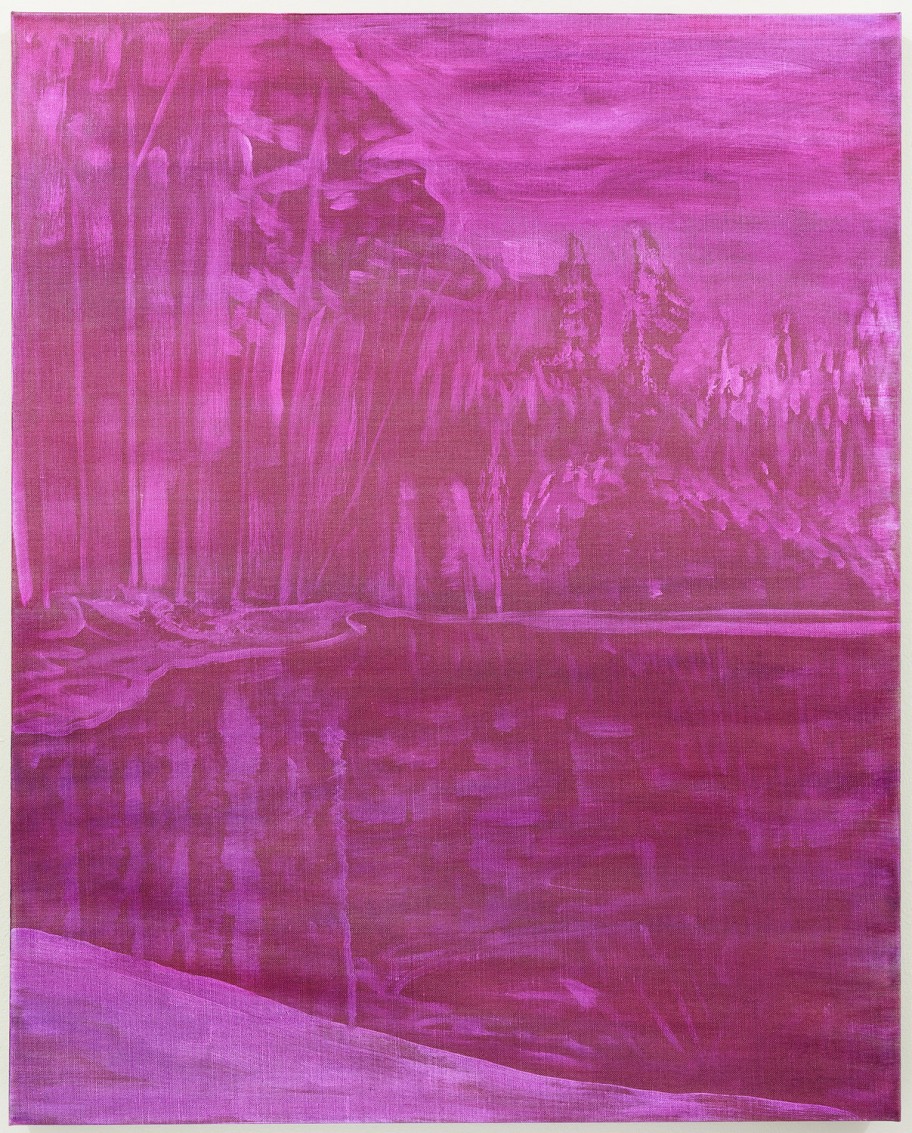 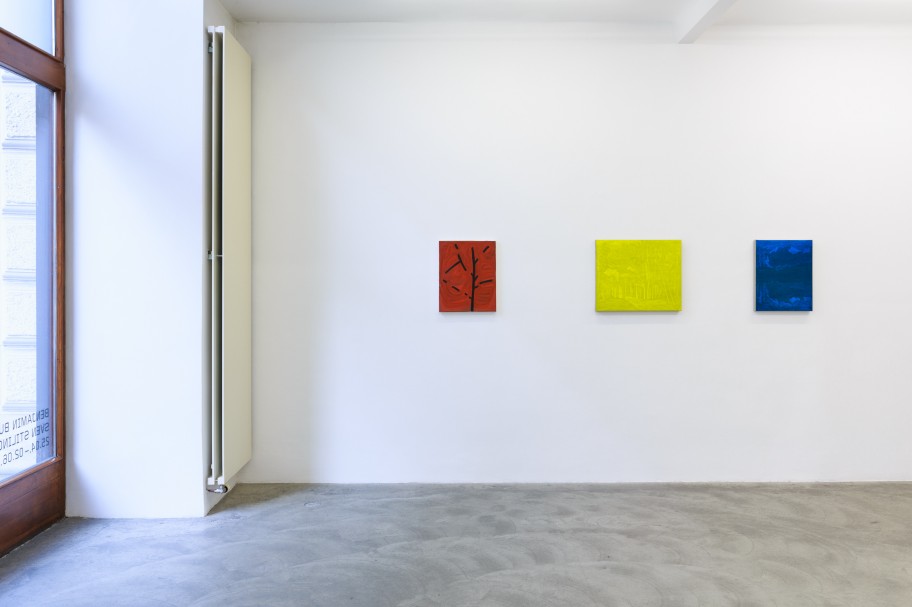 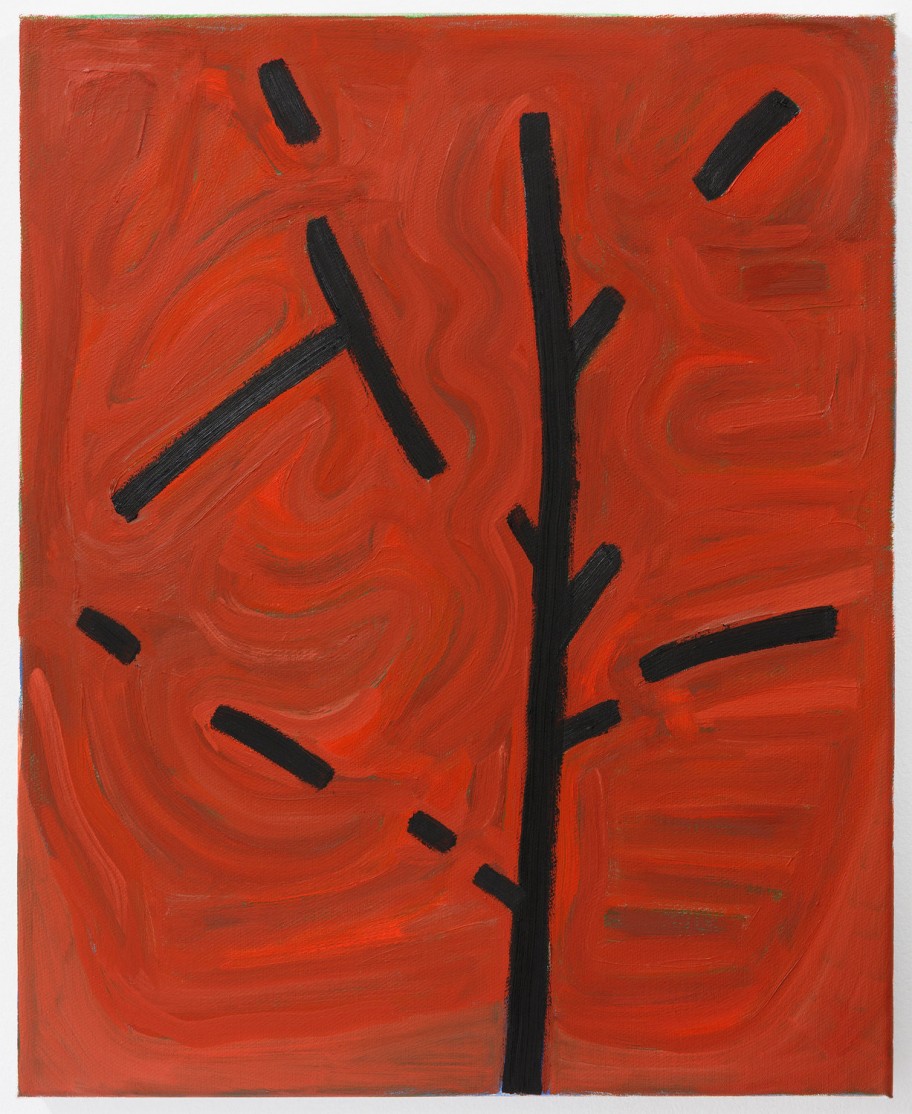 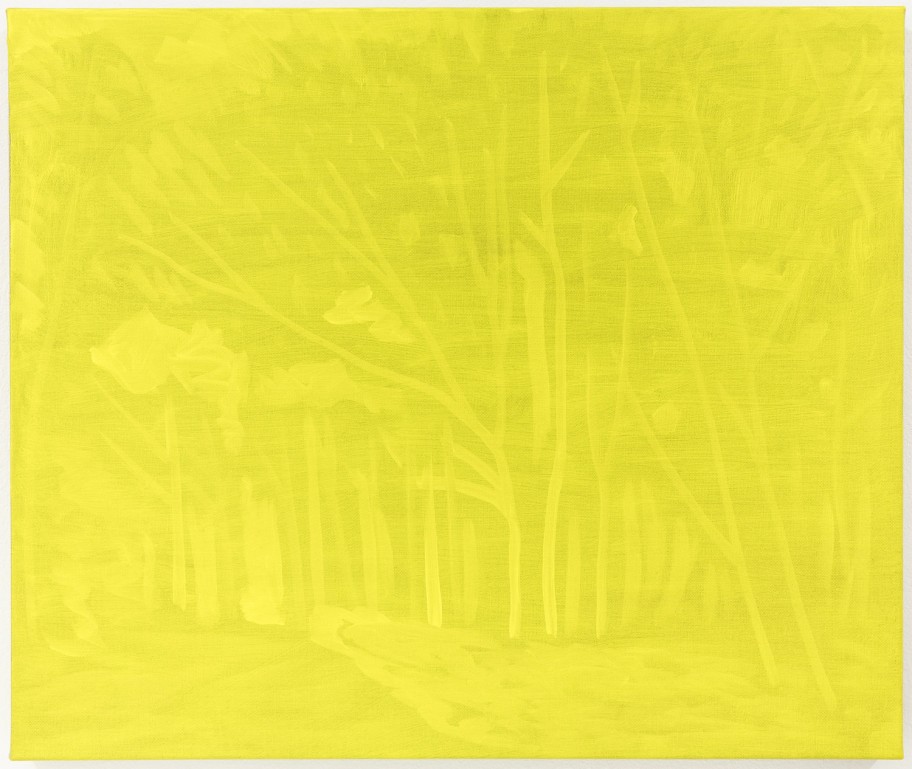 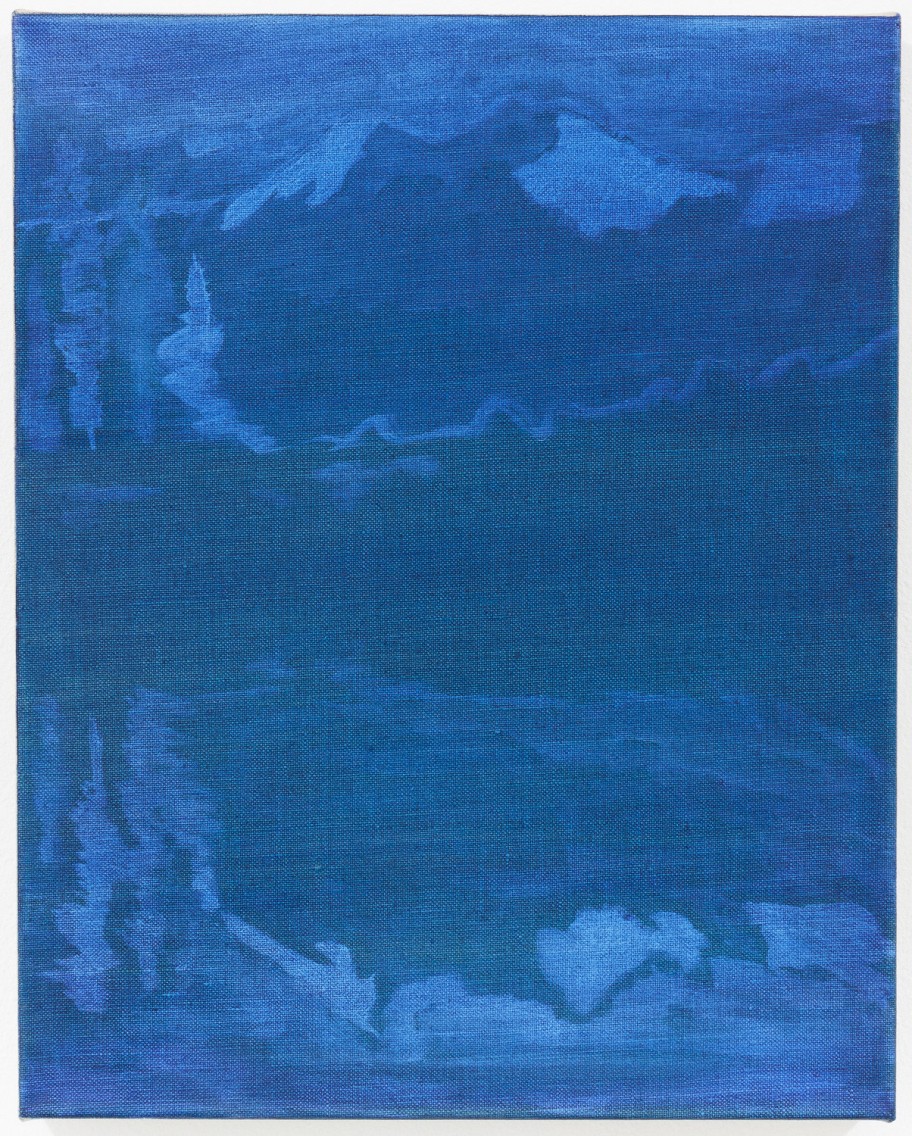 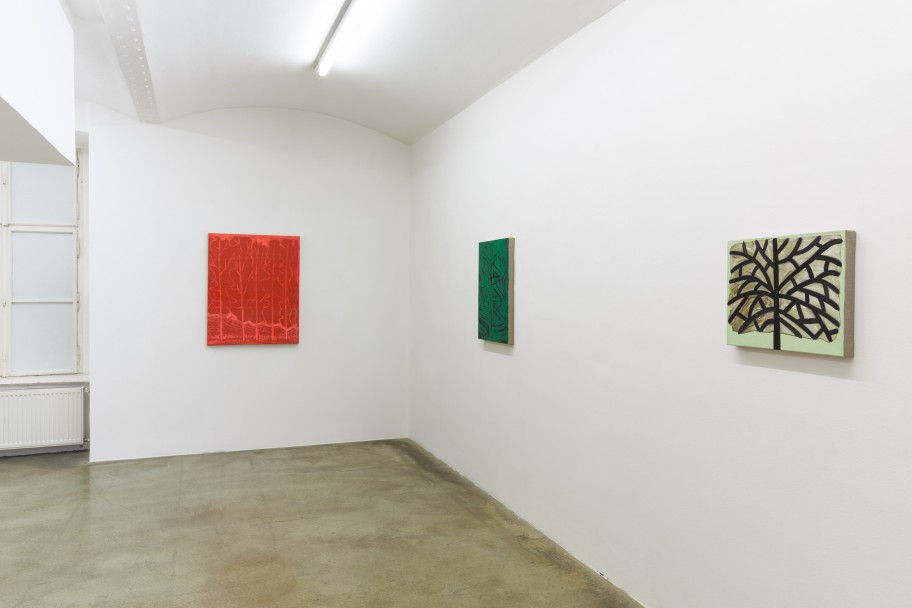 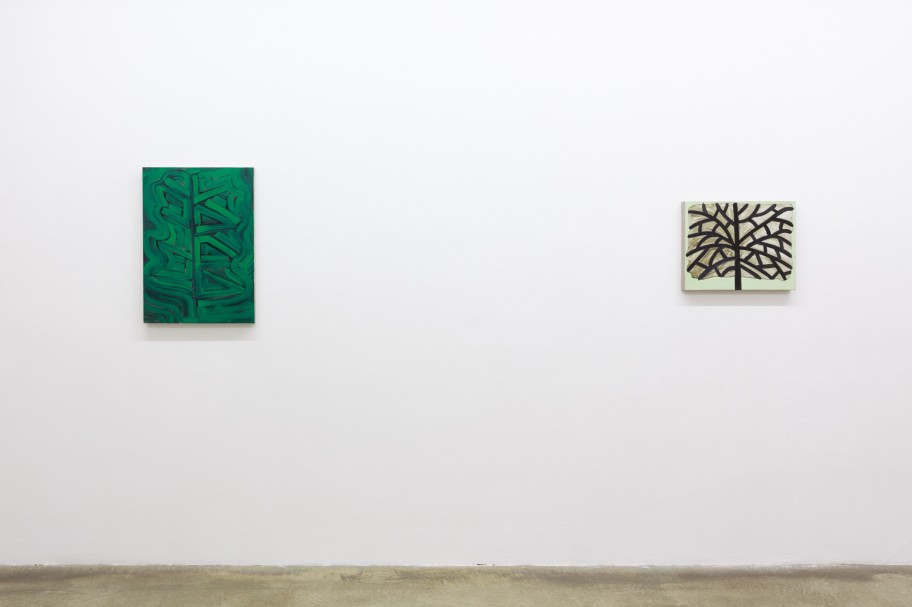 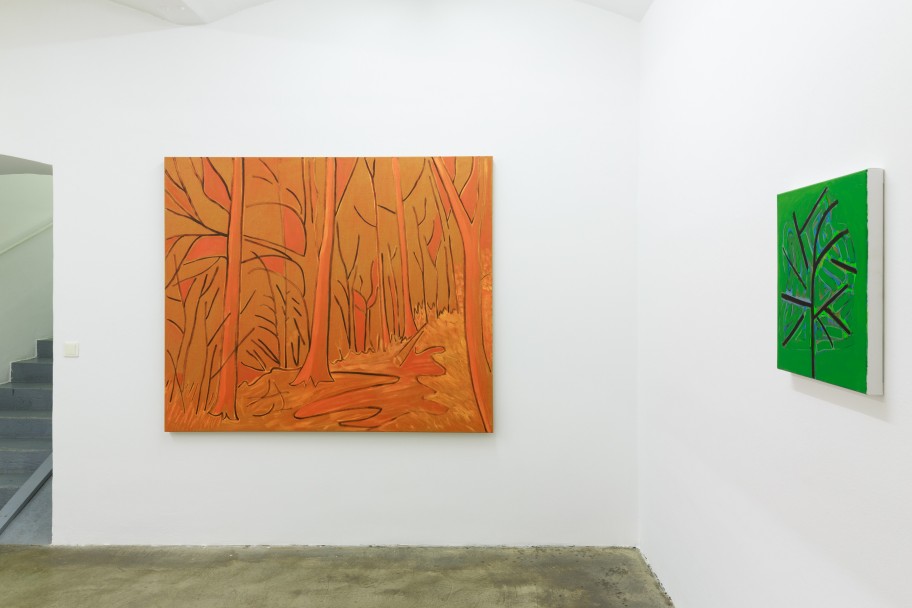 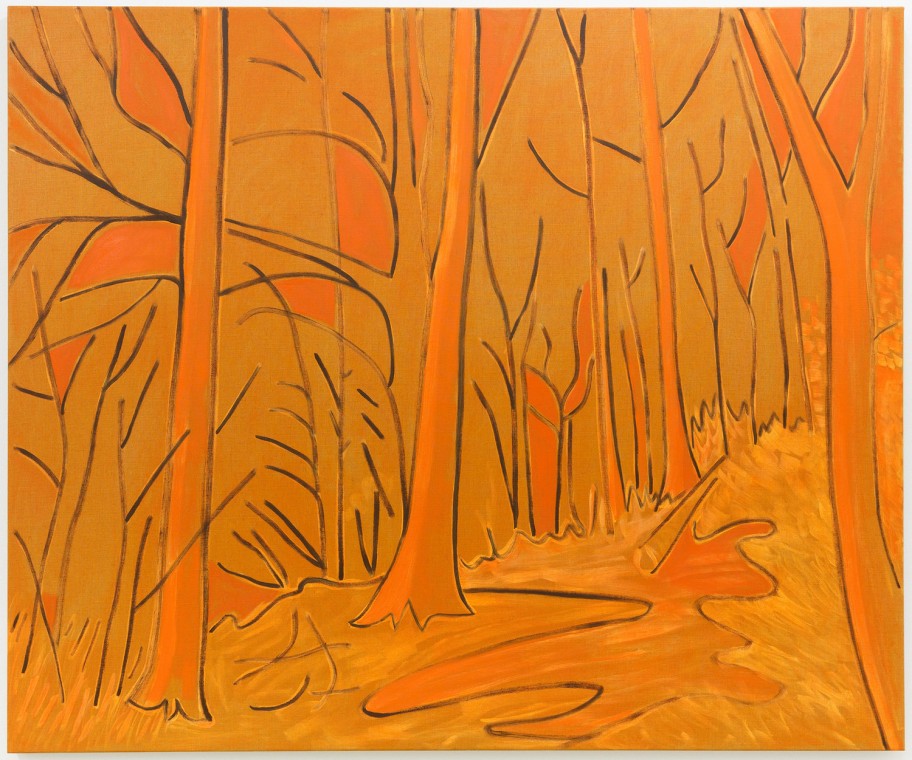 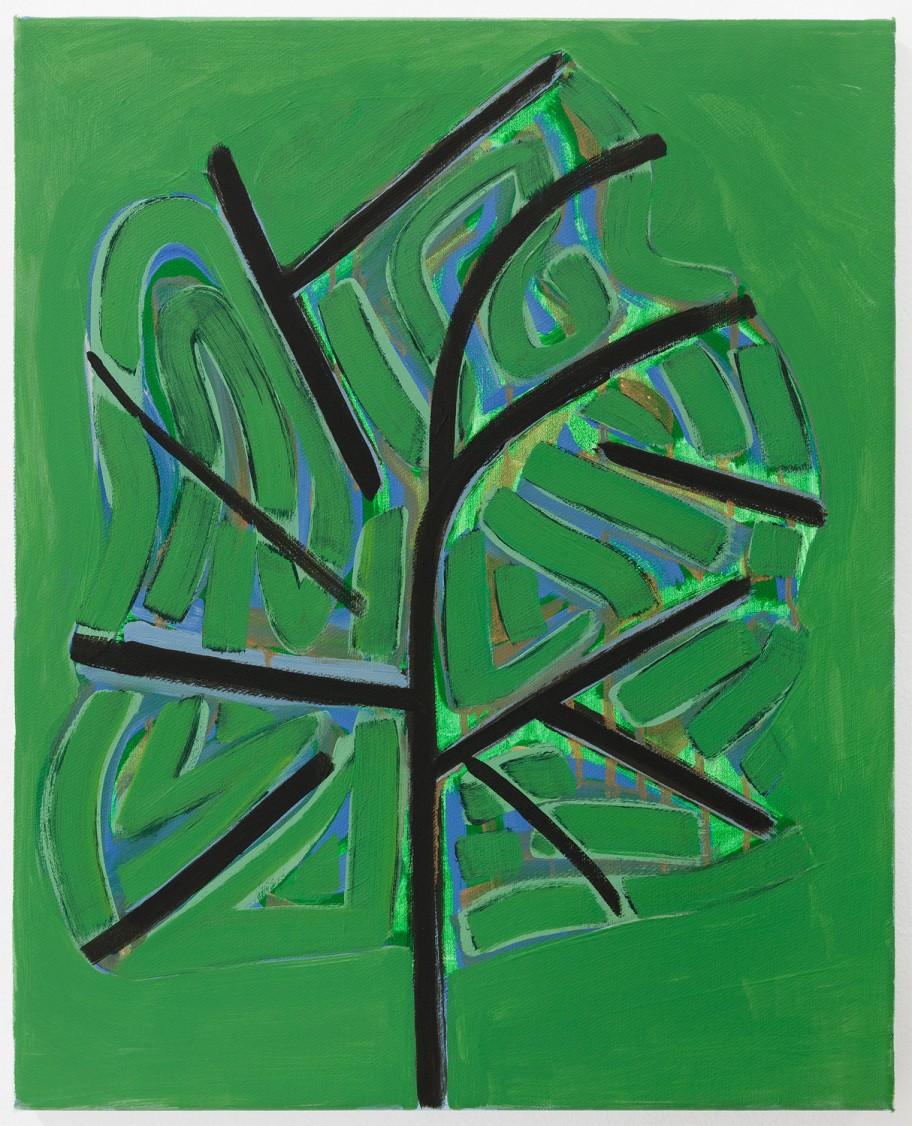 “Butler has narrowed his focus even further, to thrillingly psychedelic effect: His work now seems balanced on a razor blade between Conceptual practice and 'The Starry Night,' but at the same time, somehow, it has ample room to move.” (Will Heinrich, The New York Times)

Benjamin Butler's repeated use of trees as a conceptual and visual trope has continued to advance and evolve over the past fifteen years. The painted trees in this exhibition are represented as solitary and isolated figures surrounded by simplified fields of color. With the intention of extending the visual boundaries of his motif, Butler incorporates the languages of modernism and psychedelia, while keeping an eye towards the modesty of folk art and the ubiquity of Pop. Butler's trees can be viewed as individual paintings, fragments of a forest, works in dialogue within an installation, or as part of the artist's larger, long-term project.

Easel-sized landscape painting and banal scenic imagery were points of reference for Butler's first solo exhibition in 2002. For his new “monochrome” paintings, Butler has drawn, again, on these early characteristics of his work. While his paintings in the past have mostly offered a view of abstraction as seen through trees and branches, these single-color paintings function in the reverse. They offer, instead, a zoomed-out view of a somewhat distant landscape through the lens or filter of an abstract monochrome painting. These paintings combine aspects of two separate genres, Landscape Painting and Minimalism. Figure/ground relationships (underpainting and overpainting), various modes of abstraction, and a fusion of positive and negative imagery, conjure up contemplative and glowing images.

The disarming familiarity of Butler’s pictures mask their conceptual intricacy. Through self-imposed limitations, Butler continuously reinvents his painting practice, as he moves from one landscape to the next. The systematic process within Butler's paintings runs parallel to their pictorial beauty, weighing painterly language against conceptual restraint.