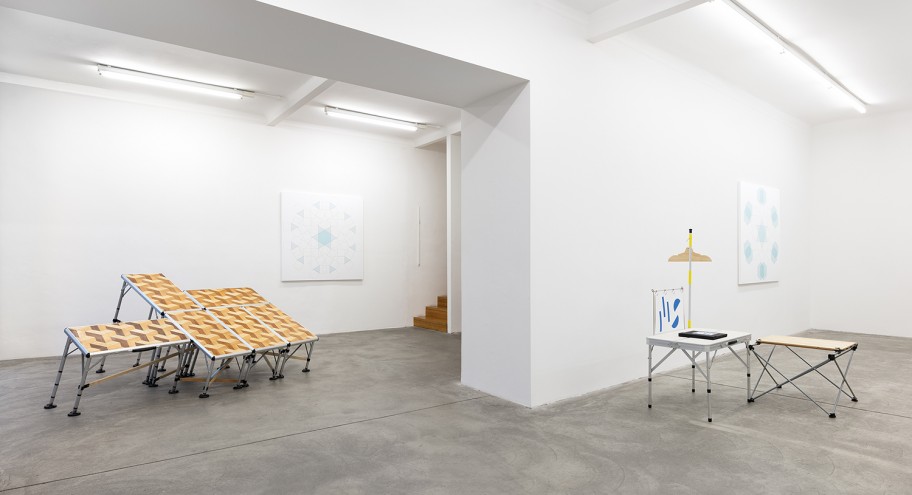 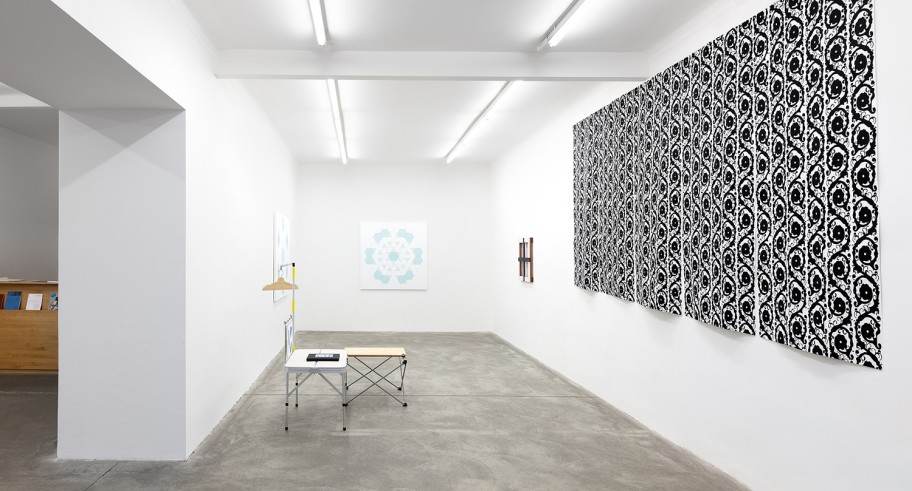 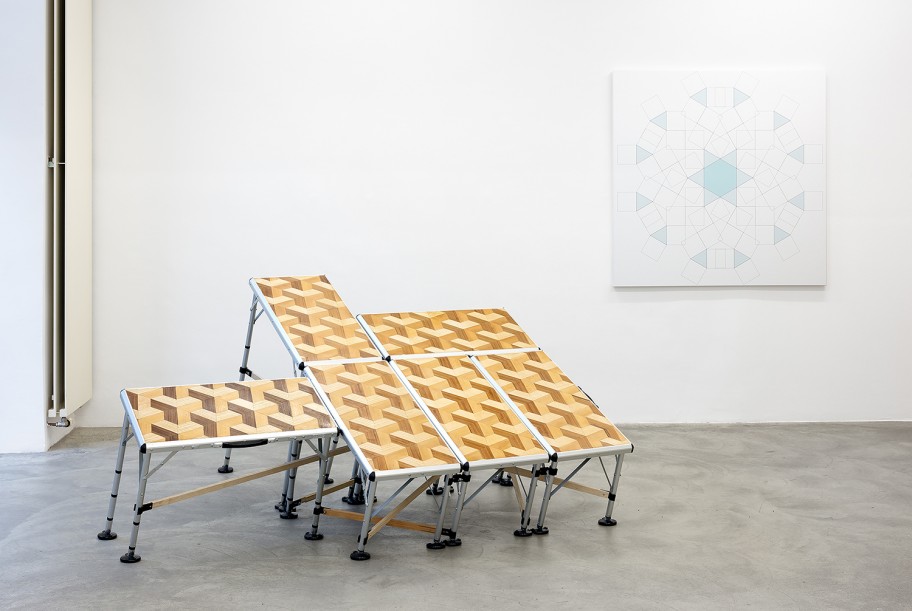 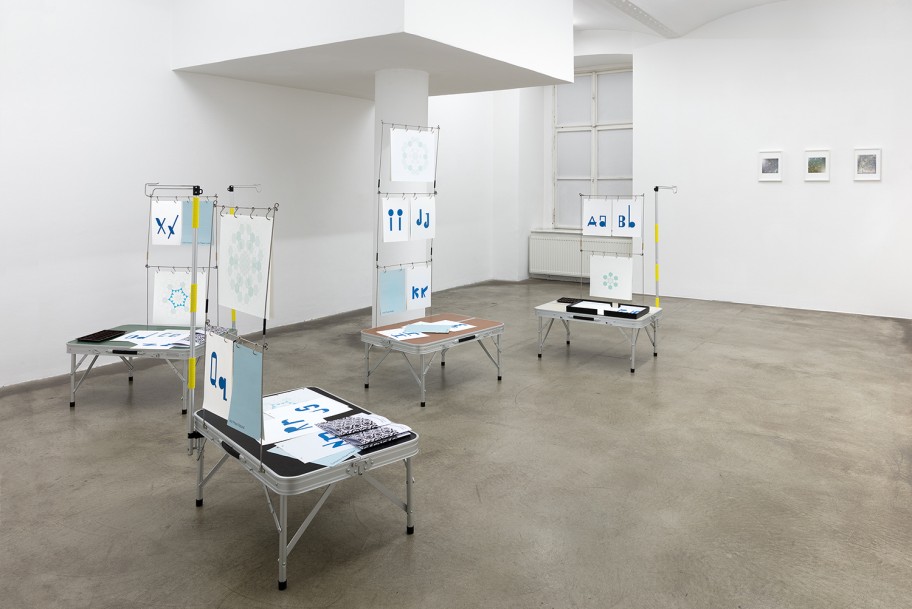 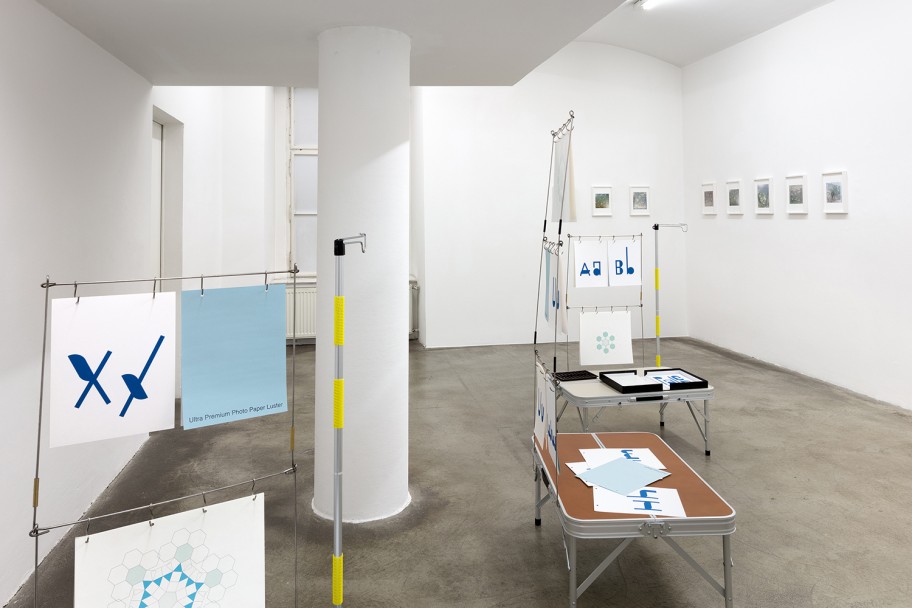 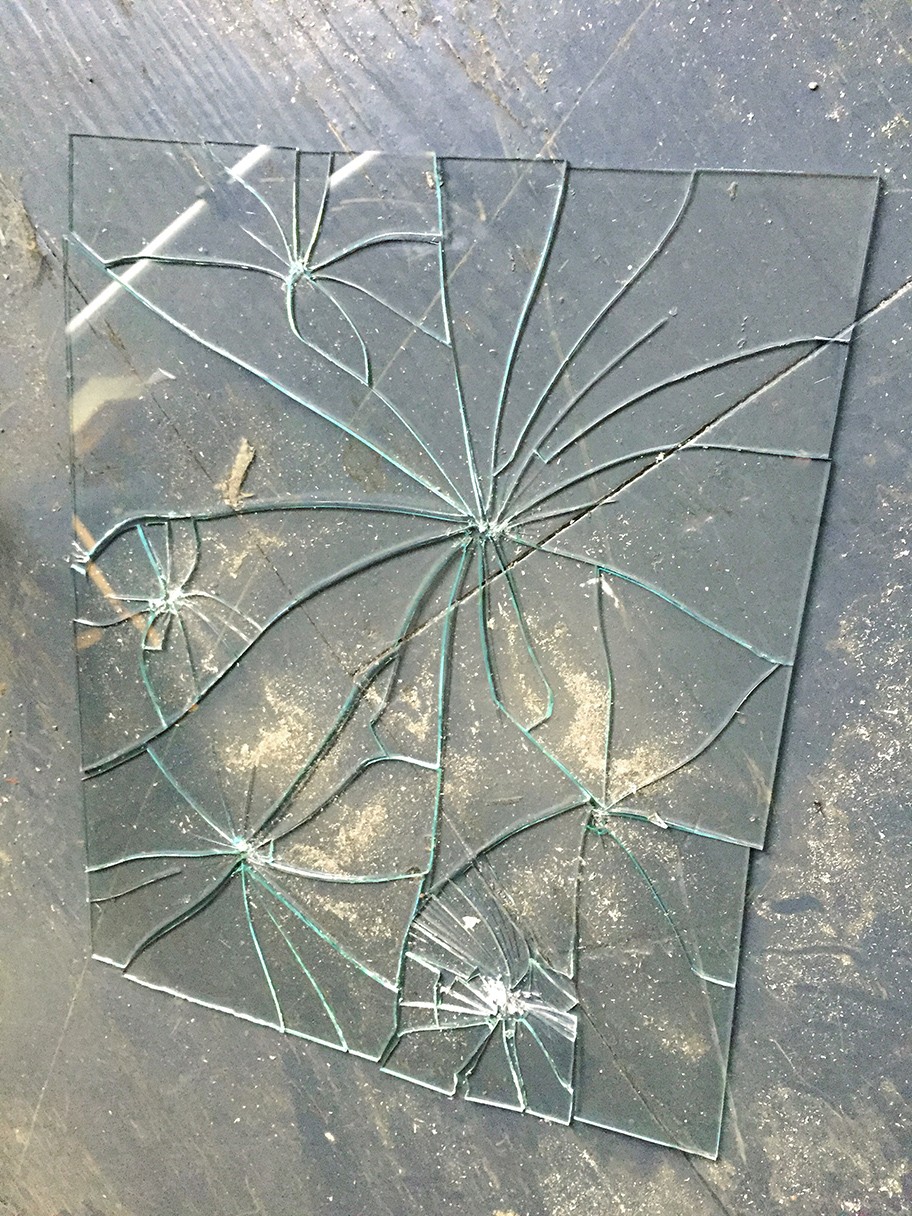 Joe Scanlan
IMPACT STUDY no. 7a, 2018
aqueous inkjet on paper

Joe Scanlan
IMPACT STUDY no. 7a, 2018
aqueous inkjet on paper

New Tricks, New Schemes is Joe Scanlan’s fifth solo exhibition at the gallery and presents what might appear to be opposing aspirations: formal décor and product design. What binds these two concepts for Scanlan is that both rely on deception to be successful, whether as objects that generate aesthetic pleasure or address a practical economic need. The relation – indeed, confusion – of art and commerce has been a lifelong interest of the artist, in particular his previous exhibitions Möbel (2011), Creative Destruction, Traveling Salesman, Circular Economy (2008) and Mieses to Pieces (2003) at Galerie Martin Janda; his four-part project titled Object Lessons/Truffle Finds Pig (2012) at the Mu.Zee in Oostende; and his published essays in Artforum.

Scanlan continues to be indebted to the work and writing of Marcel Broodthaers. Particularly his late turn toward décor and merchandise as both art and as a political statement on the failure of art, and yet also as a positive statement on what art is capable of, however limited its role in society may be.

The exhibition New Tricks, New Schemes is set in relation to the two current shows in Nantes curated by the artist with works from the collection of the Frac des Pays de la Loire. For these exhibitions, titled Décor and Avant-poste, Scanlan has attempted to achieve something like a successful utilization of art – to see what it might look like to pick up where Broodthaers left off and to emphasize the value – indeed, the necessity – of deception in art.

In a text that accompanies the exhibition, Scanlan refers to his work as deceptual art. In deceptual art the appearance or fiction is the most important aspect of the work. When Scanlan uses a deceptual form of art, it means that all the planning and decisions are built into the fiction of the artwork itself. The deception becomes a machine that makes the art. This kind of art is not theoretical or illustrative of theories; it is improvisational, it is involved with all types of theatrical processes and it is purposeless. It is very dependent on the skill of the artist as a craftsman. It is the objective of the artist who is concerned with deceptual art to make his work all-encompassing to the spectator, and therefore usually he would want it to become enthralling. There is no reason to suppose, however, that the deceptual artist is out to trick the viewer. It is only the expectation of truth, or transparency, that would deter the viewer from perceiving this art.