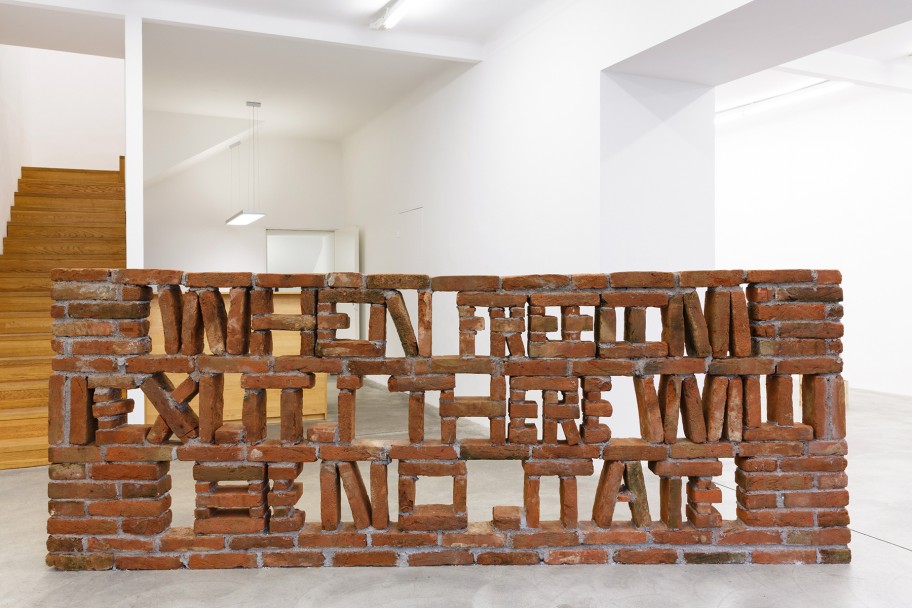 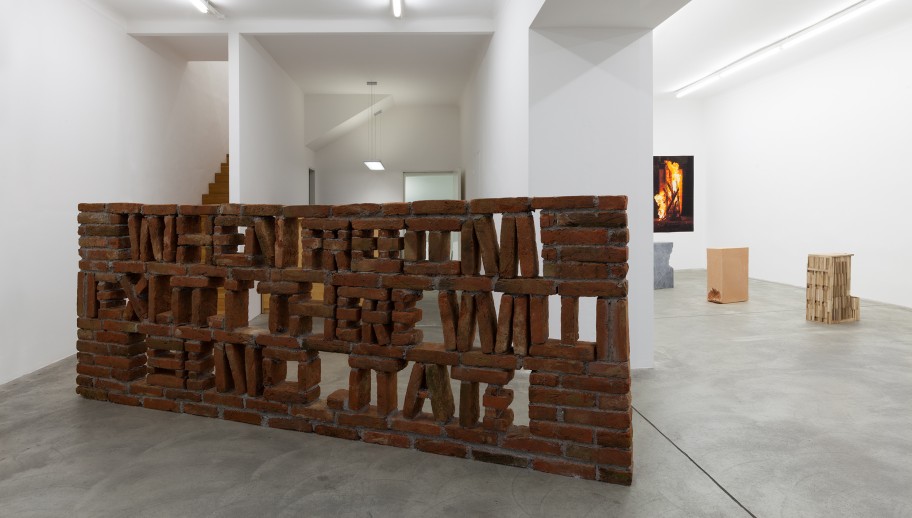 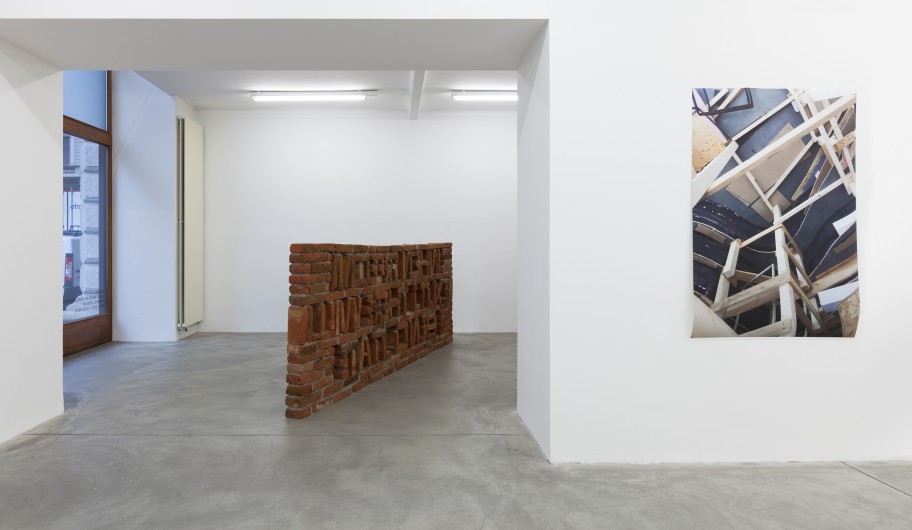 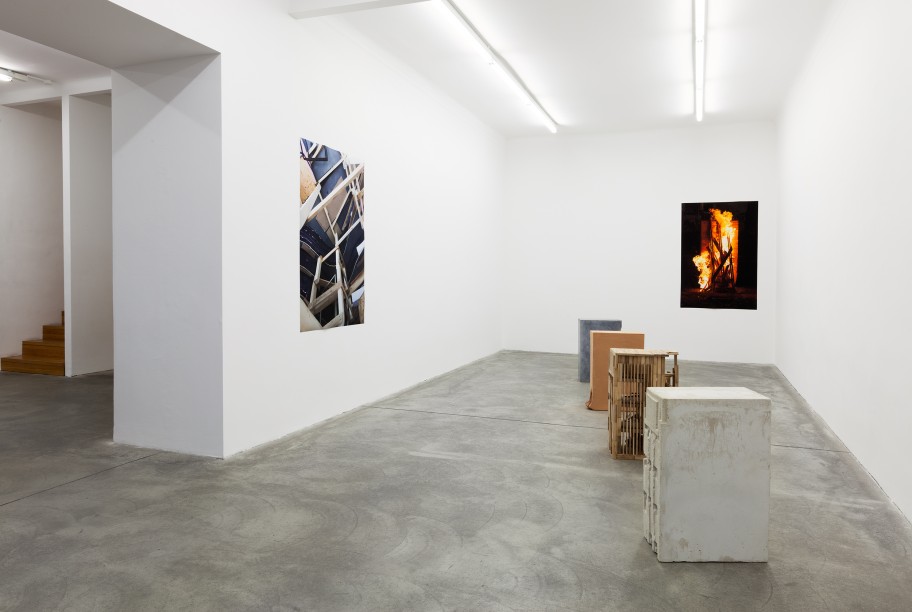 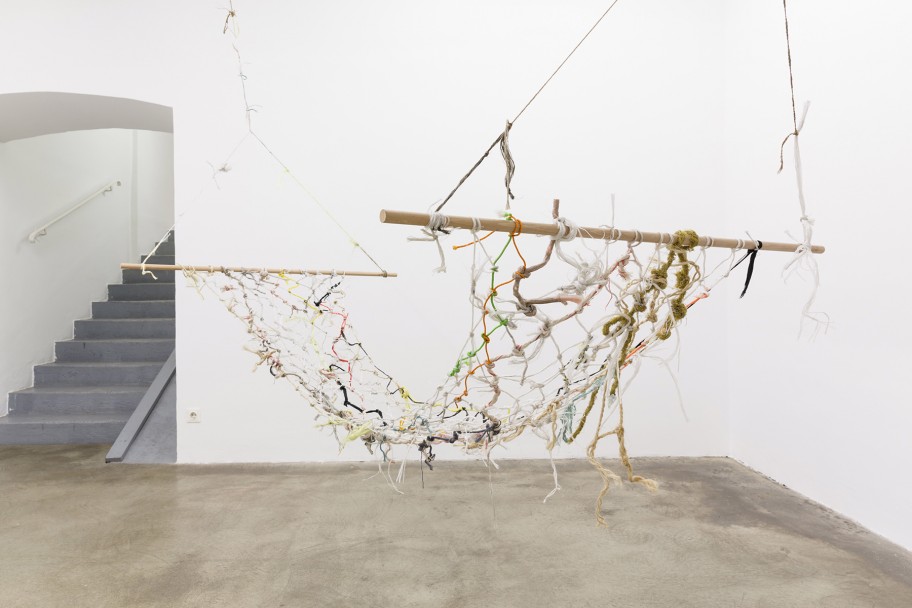 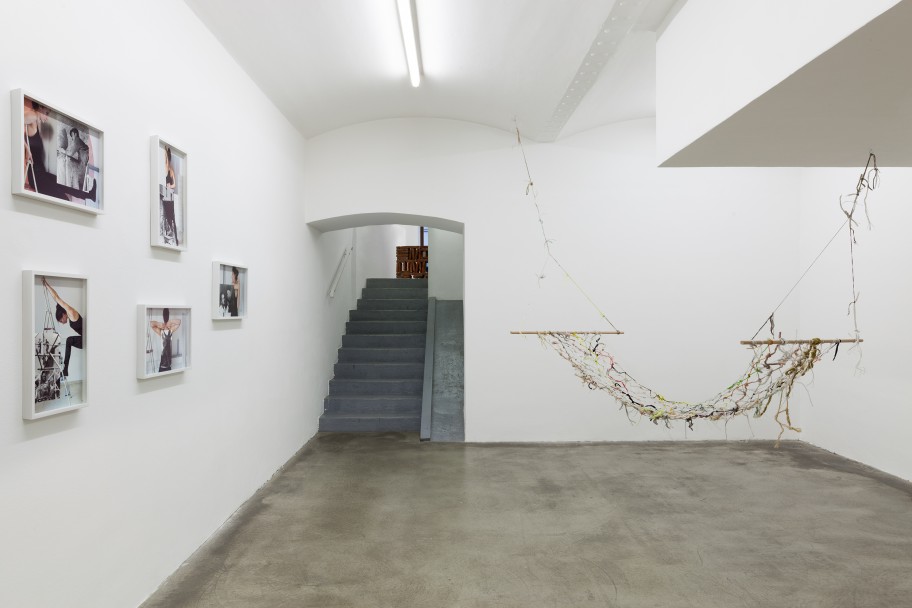 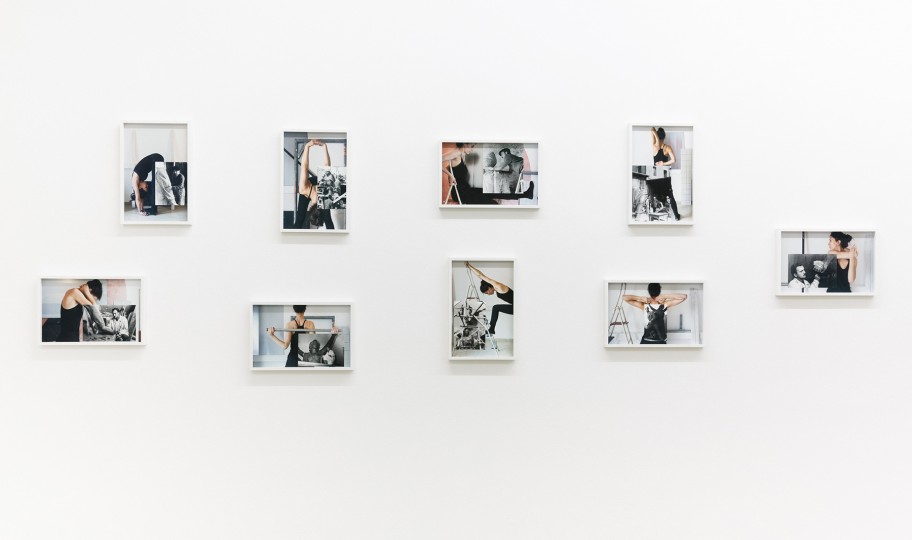 Hannes Zebedin’s installation Ziegelfenster #1 (When Freedom Exists, There Will Be No State) is preceded by the artist’s exploration of the history and culture of the Alpine-Adriatic region. Starting in the mid-19th century, a new architectonic style evolved in this region. The hay barns of the farms were fitted with so-called brick windows, the openings of which served mainly to air and provide light to the barns. Patterns were designed with skilful craftsmanship that often had a regional or religious character. This new form of artisan craftwork was initially performed only by wandering labourers from the Friuli region. On the one hand, they were the only ones who mastered this art, on the other hand, the Friulian craftsmen were forced to pursue their trade abroad due to poverty. Hannes Zebedin translates this old craft into his conceptual language and uses a political quote and statement instead of a pattern.

Space is Adrien Tirtiaux’s main interest, both public, urban as well as institutional exhibition space. His sculptures, projects, drawings and performances have their origin in a detailed analysis of the space or place he performs in. Tirtiaux’s interventions disrupt the cultural or functional orders of the respective spaces, or override them altogether. Sometimes he treats an entire house as “sculptural material”.
Urban Matters consists of four massive sculptures displaying a model-like character. They express thoughts on a series of in-situ interventions at artconnexion art space in Lille and were developed for Adrien Tirtiaux’s solo exhibition at that institution. The materials stone, clay, wood, concrete as well as their treatment – carving, modelling, assembling, casting – correspond to classic forms of sculpture and, at the same time, they can be applied to Tirtiaux’s use of space.

During her residency in Mexico City Luiza Margan observed how street vendors leave their mark on the city. Pieces of string and ribbon are left behind in the streets as the vendors move from one part of the city to the next. The artist collected these remains and used them to make a hammock – an object symbolically and culturally closely linked to Mexico’s history. In Siesta, the installation’s title, the remnants of many hours of work come to refer to peace and relaxation.
Restaging Monument, a series of nine photomontages, raises questions about the symbolism of sculptures in public space in connection with structures of authority and power, respectively: What significance and messages do historic monuments transport? Margan contrasts historical documentation of artist Vinko Matkovic, obtained from the artist’s family archive, with her own body. The black-and-white photographs show the sculptor in his studio while working on the figures for the liberation monument in Rijeka, which was erected under Tito in 1955 marking the ten-year anniversary of the liberation from fascist rule. Luiza Margan sets her own poses against the monumentalism and the melodramatic gestures of the figures.