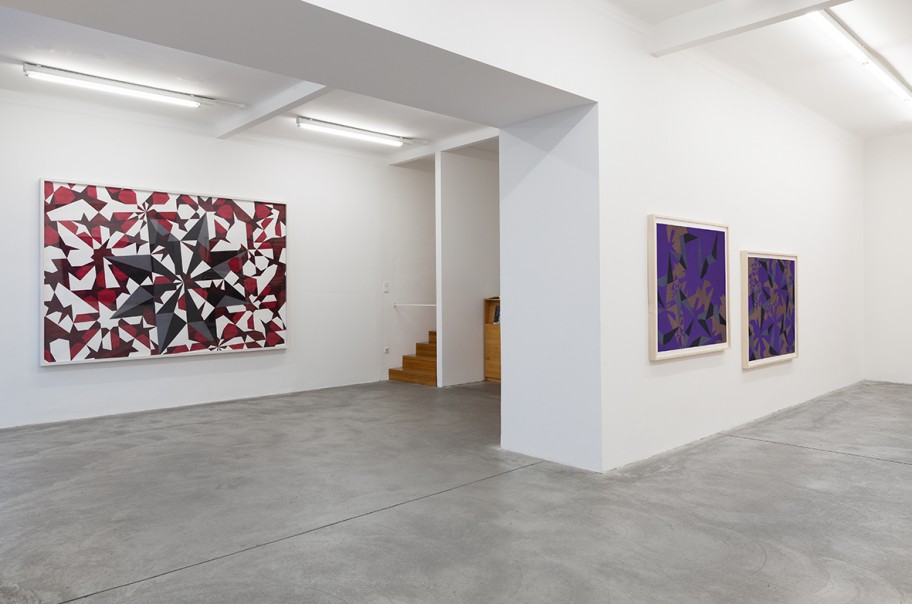 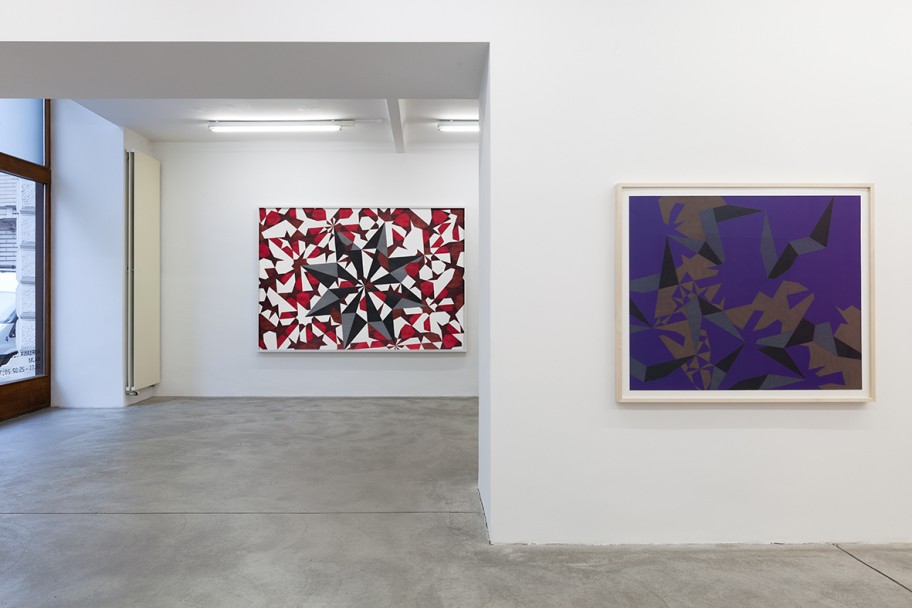 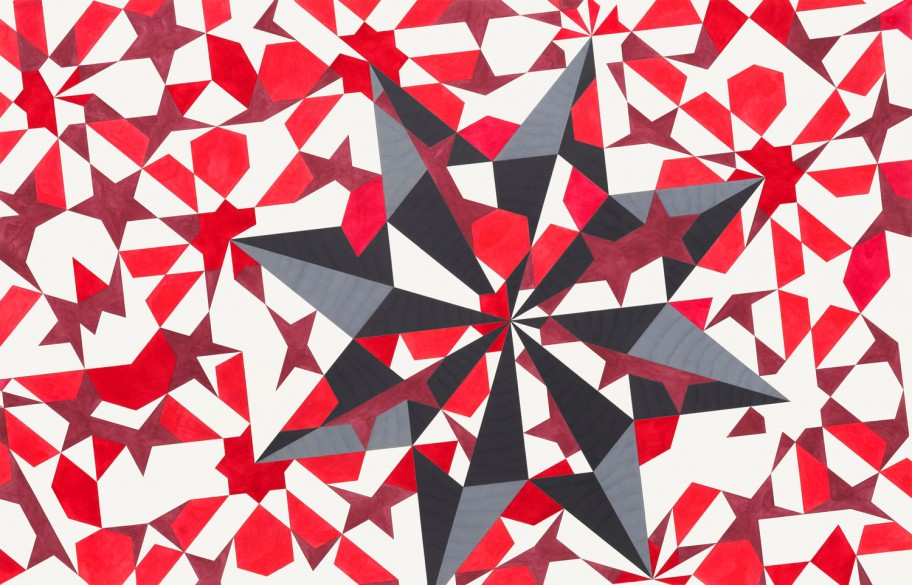 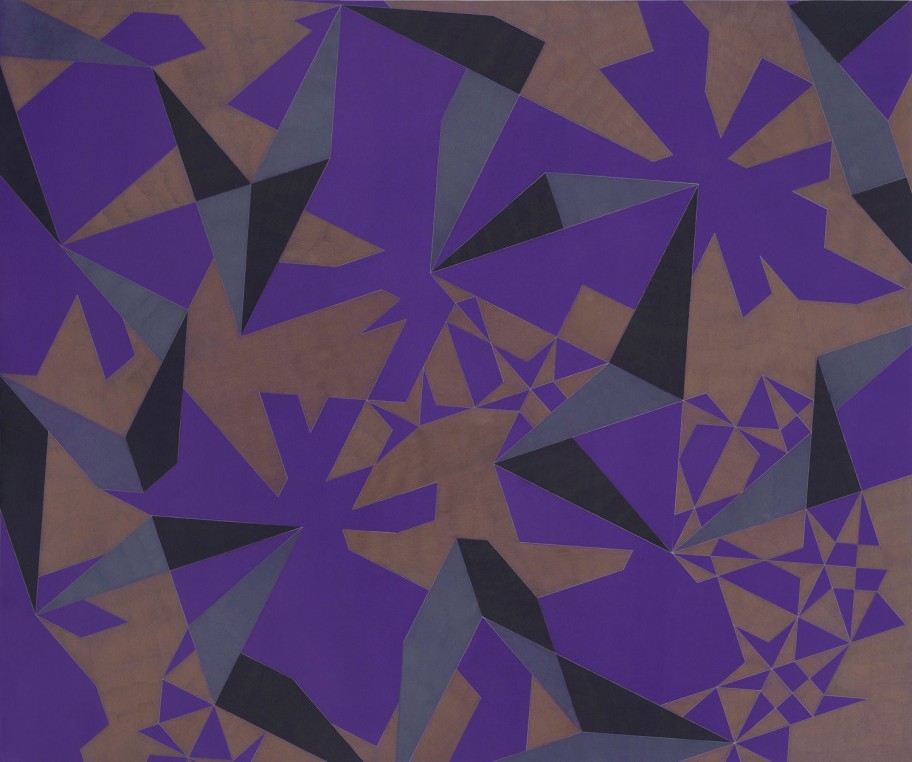 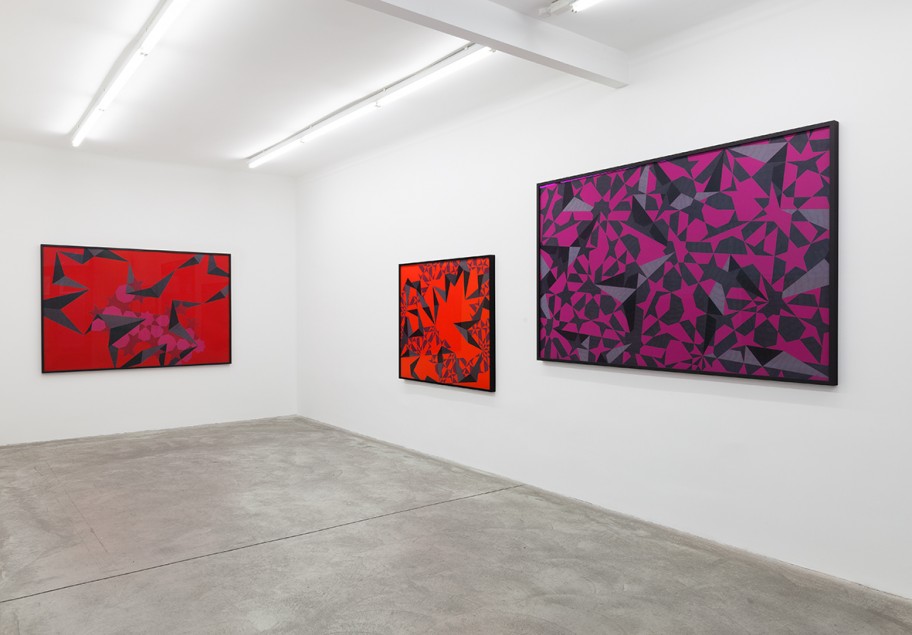 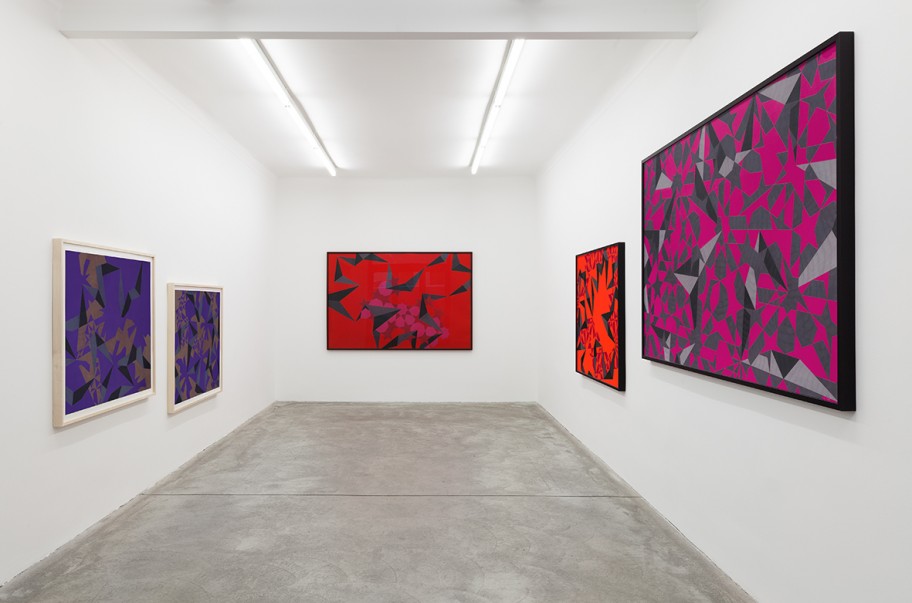 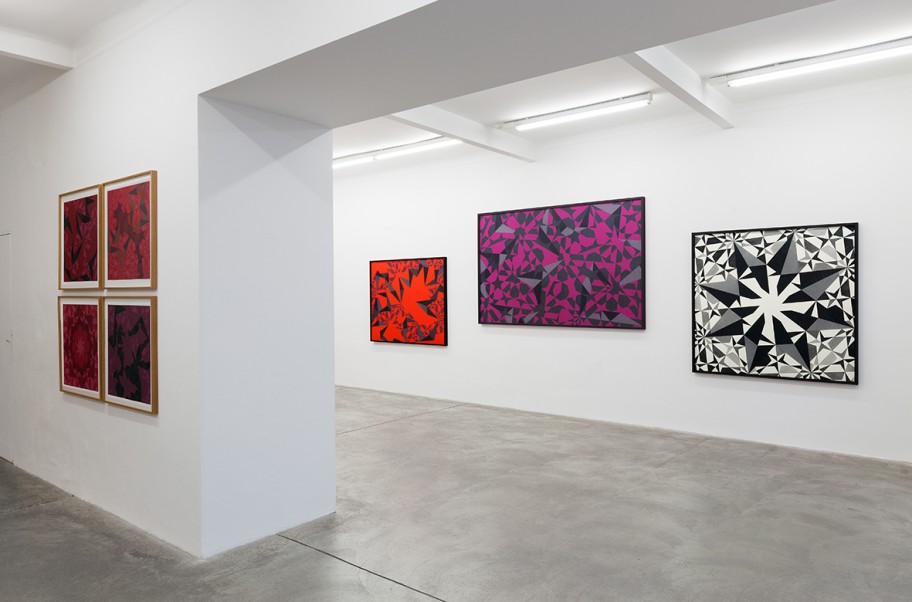 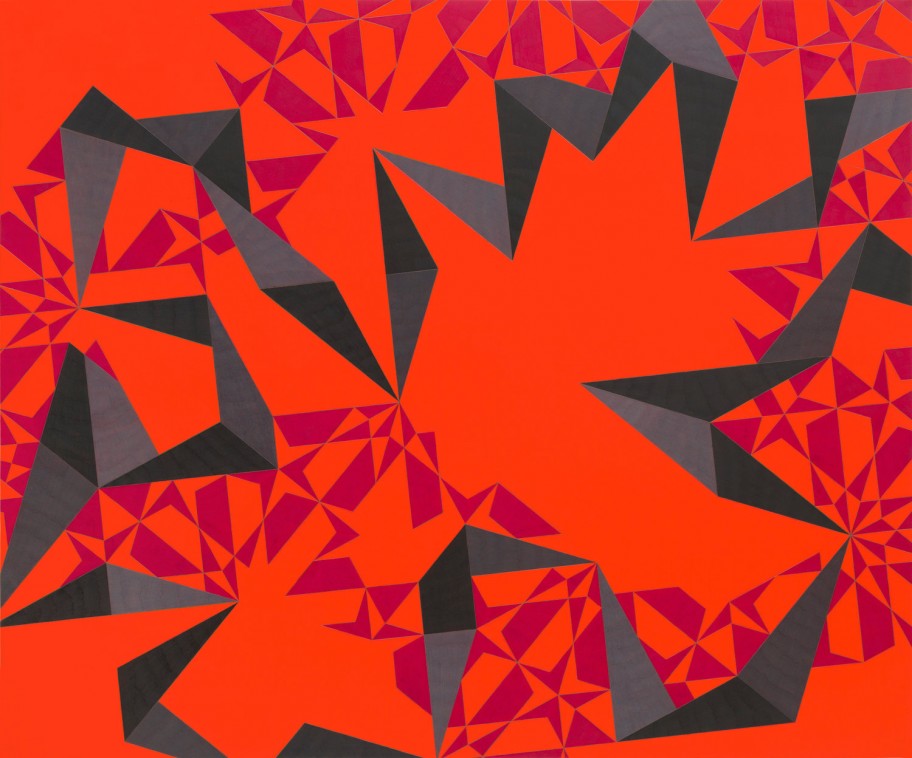 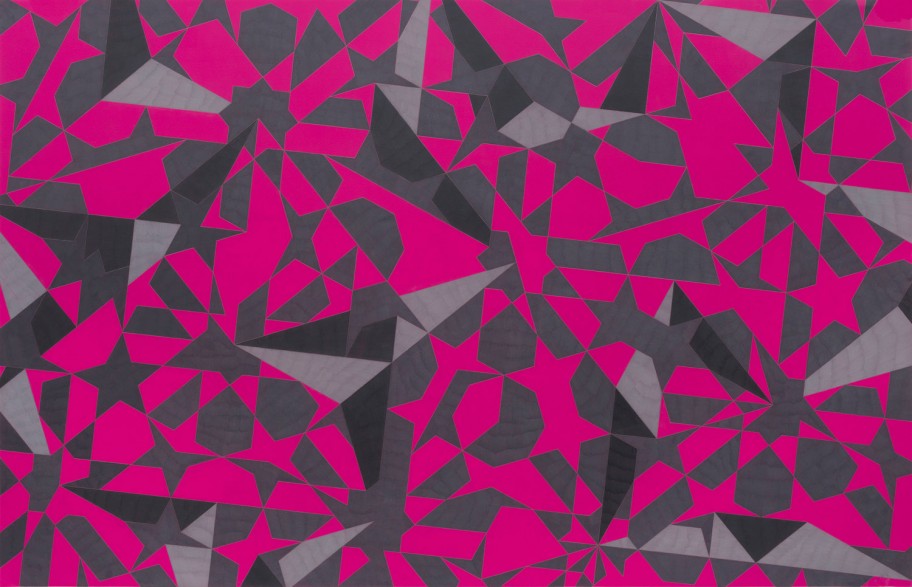 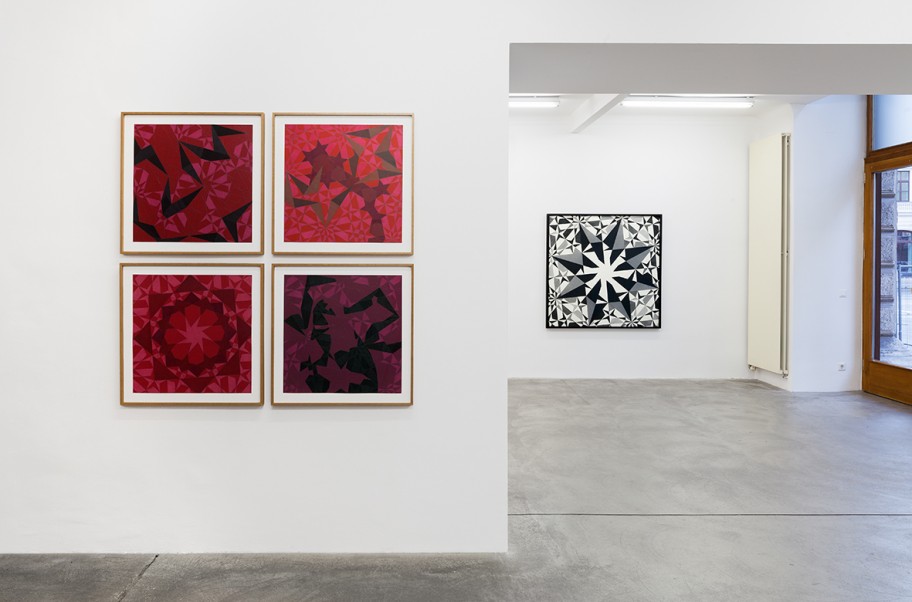 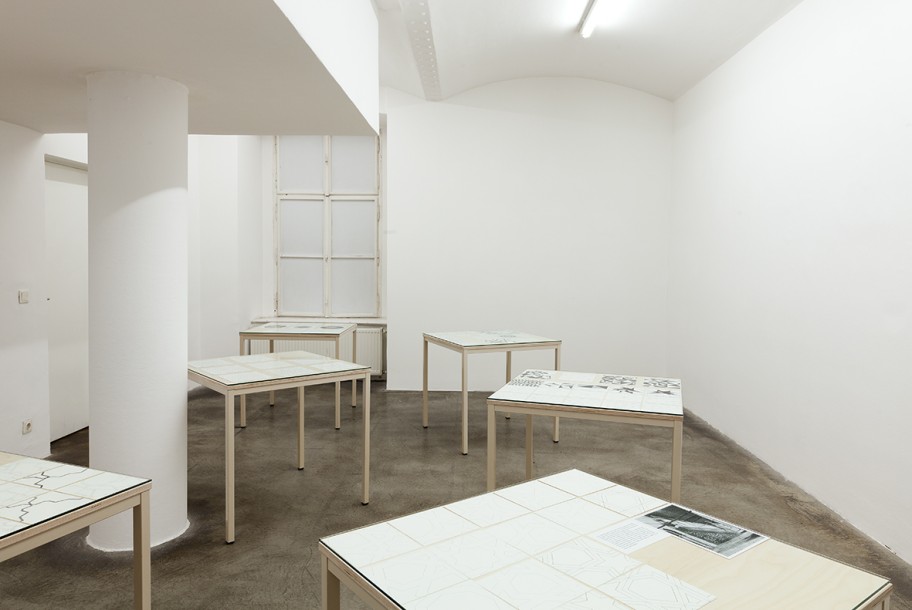 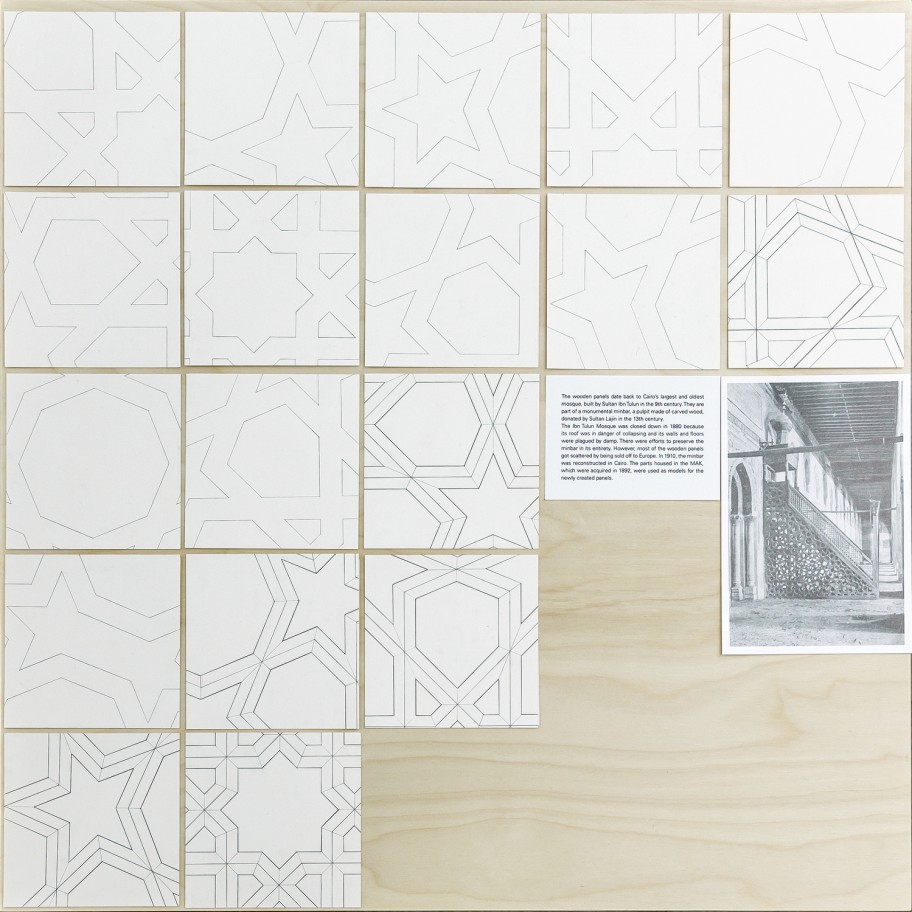 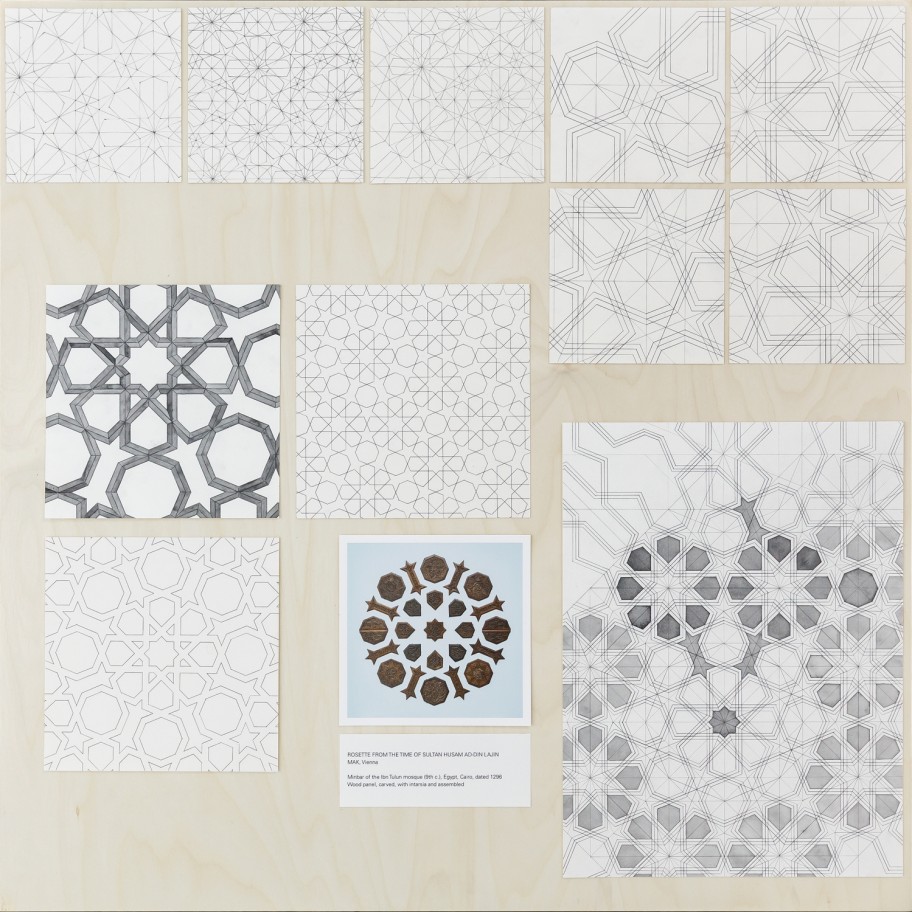 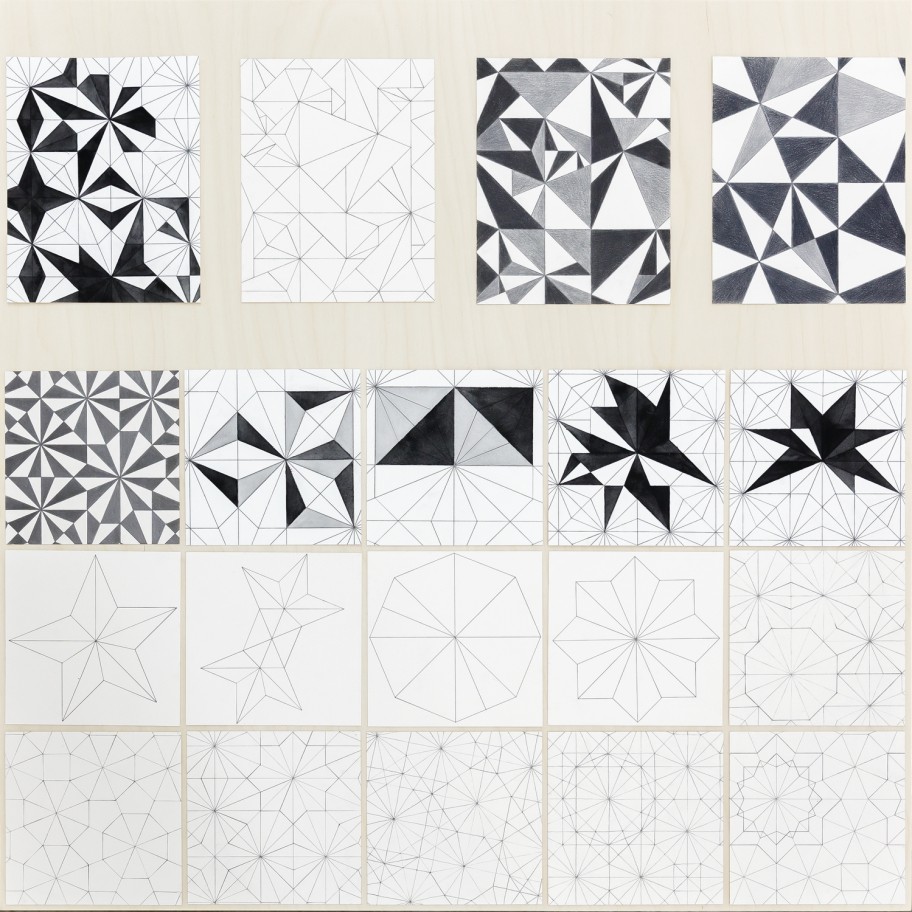 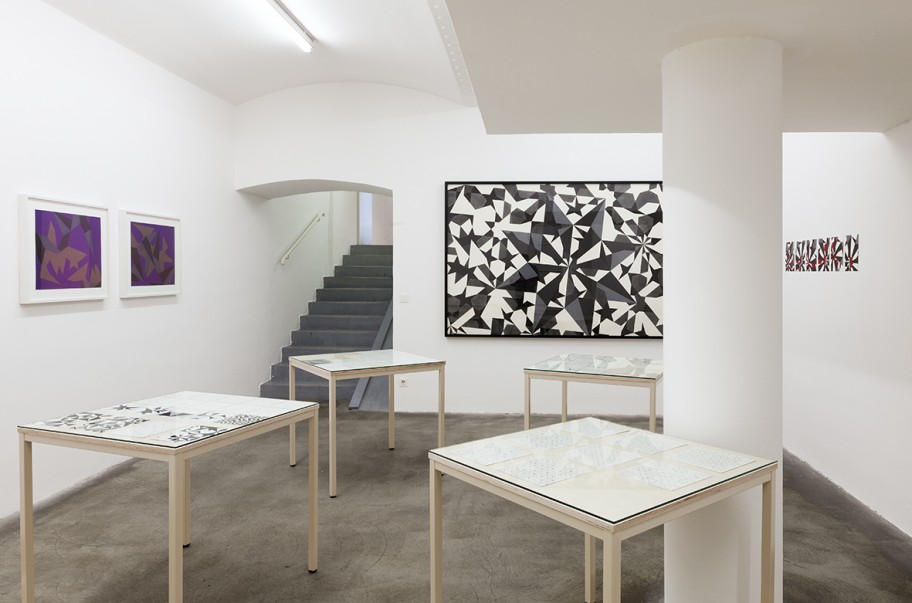 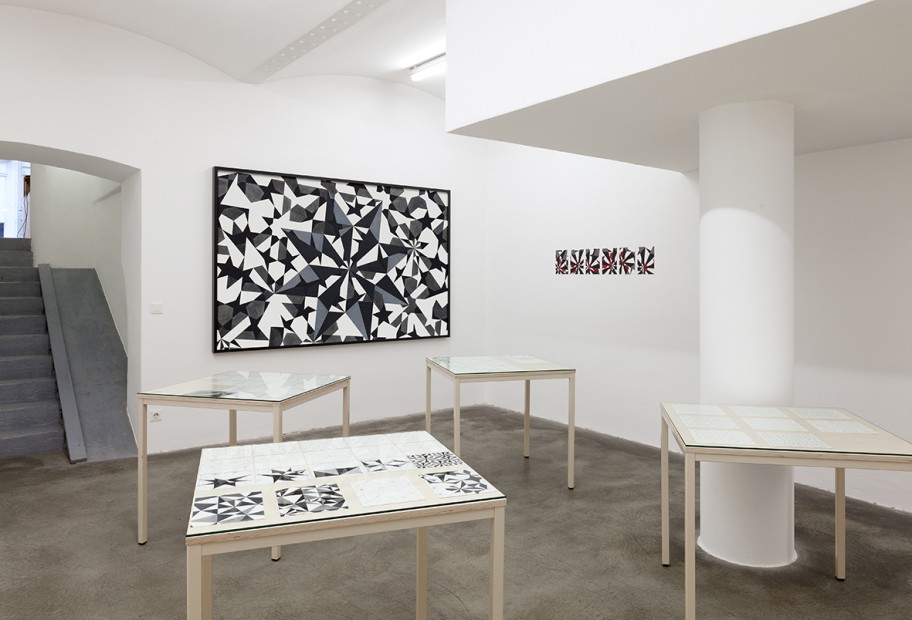 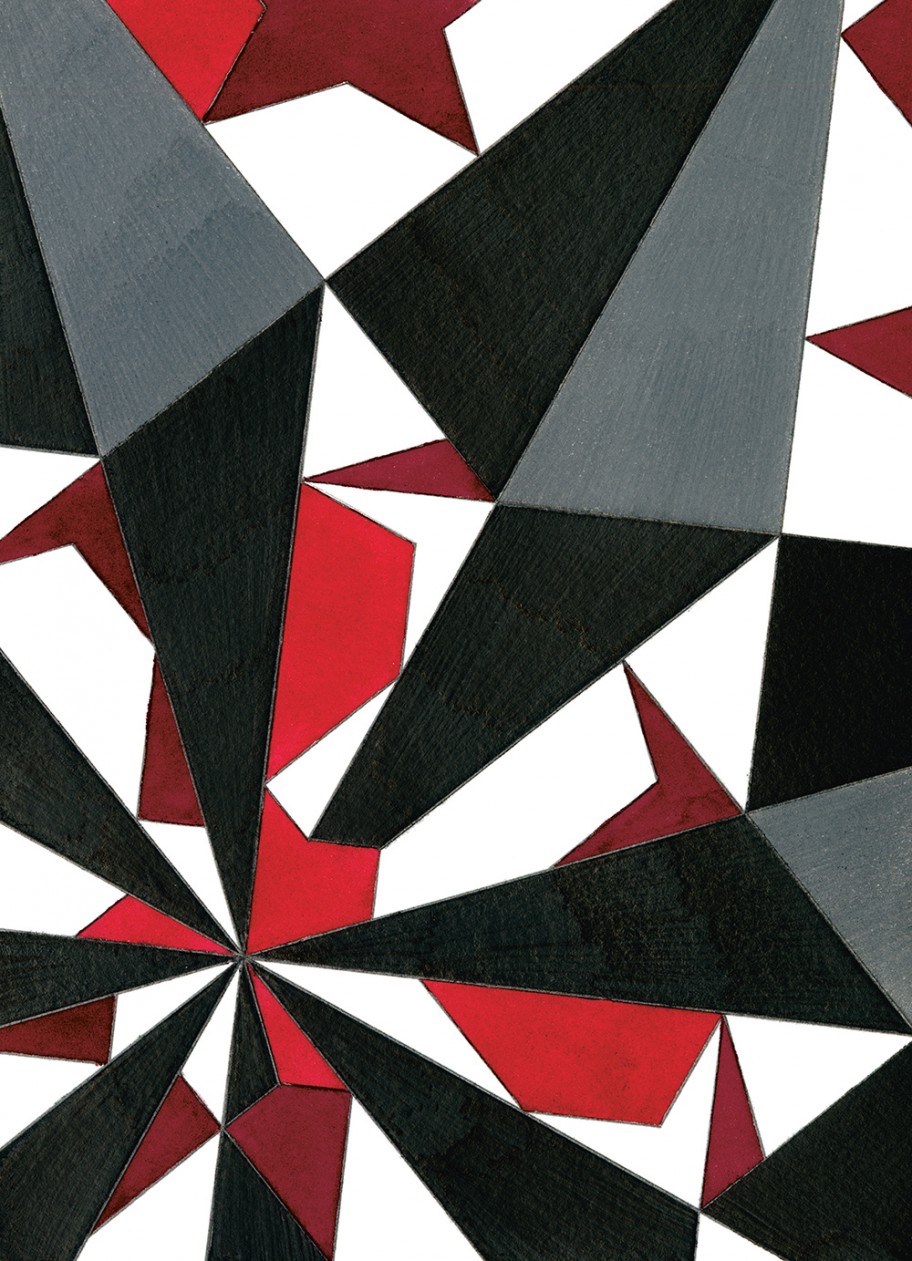 Galerie Martin Janda is pleased to present new works of Adriana Czernin between January 18 and February 25, 2017.

A fragment of a 13th-century Islamic ornament from the Mosque of Ahmad Ibn Tulun in Cairo serves as the starting point for Czernin’s most recent series of works. As opposed to her previous works – in which the artist has contrasted ornament with a female figure or a non-human, often expressive figuration – she has now dedicated herself entirely to a geometric ornament and associated themes around function, representation and political dimension.

The title of the exhibition, Najm, is derived from the Arabic word for star and refers to one of the components of the ornament from the Ibn Tulun Mosque. Czernin examines various aspects of the geometric construction as well as the destruction of this ornament.
The installation Minbar Ibn Tulun (2014–2016) consists of a variety of small-format drawings, a number of photographs and texts exhibited on several desks in the gallery basement. On the one hand, the work makes a reference to the original object from the Ibn Tulun Mosque and its history, and on the other hand it shows the artist’s analytical approach in her endeavour to reconstruct the missing structure of this fragment from the mosque, which is part of the MAK collection in Vienna.
“In order to find what was lost I have connected all existing points and lines with each other. A new network of relations with an almost conspirative context began to take shape under my ruler. I discovered a system so complex and complicated and yet simple. It is stable and static. It can’t be moved nor shaken.“ (Czernin)

This results in a series exploring, for example, squares and octagons, or – as mentioned earlier – the connections between the central points by lines. In this work Czernin focuses on the stringency of the system with all its symmetries and repetitions as well as the possible asymmetries, emphasizing individual elements of the construction, its structure and possible connections while pushing other elements in the background.

In the large-format drawings the artist applies the following method: Instead of changing the actual structure, she merely leaves out certain parts, which results in seemingly free forms Czernin juxtaposes in opposition to the fragments that are recognizable as ornaments. Black and grey spikes float freely across the image, traversing or piercing through other parts of the ornament; dynamic compositions, sustained by the tension between the seemingly different parts of the same whole, gaining an expressive quality.
“I tried to somewhat play off the ornament against itself and to undermine its totality. I wanted to break the symmetry, turn the static into dynamic, the rigidity into motion.”

Adriana Czernin’s examination explores not only ornamental forms as such, but also the ornament as a carrier of tradition, culture and religion, as an image of representation. The ornamental order per se is interminable, therefore leading ad infinitum. Consequently, these works also make reference to the transcendental meaning of the ornament in Islamic culture and its functions: contemplation, the sinking into the rapture of visual perception, the merging of the individual with the infinity of order. In all of this, the ornament remains strict and rigid since each point and line within the ornament is determined by all other points and lines. In this sense the ornament contains a totalitarian element. This is turned against itself in Czernin’s works and undermined as well as destroyed.
The ambivalence of the ornament between aesthetics and function, freedom and dictatorship is a central theme of her work; having grown up under Bulgaria’s communist dictatorship, Czernin is looking to find forms of individual freedom in the framework of strict, seemingly unshakeable regulatory social systems. Unlike her relationship with political totalitarianism Czernin’s relation to the ornament remains ambivalent. This work reflects fascination and hopelessness, attraction and repulsion in an equal measure, which is also why Adriana Czernin refrains from violently smashing the ornamental system; her resistance is hidden, quiet and therefore all the more insightful.