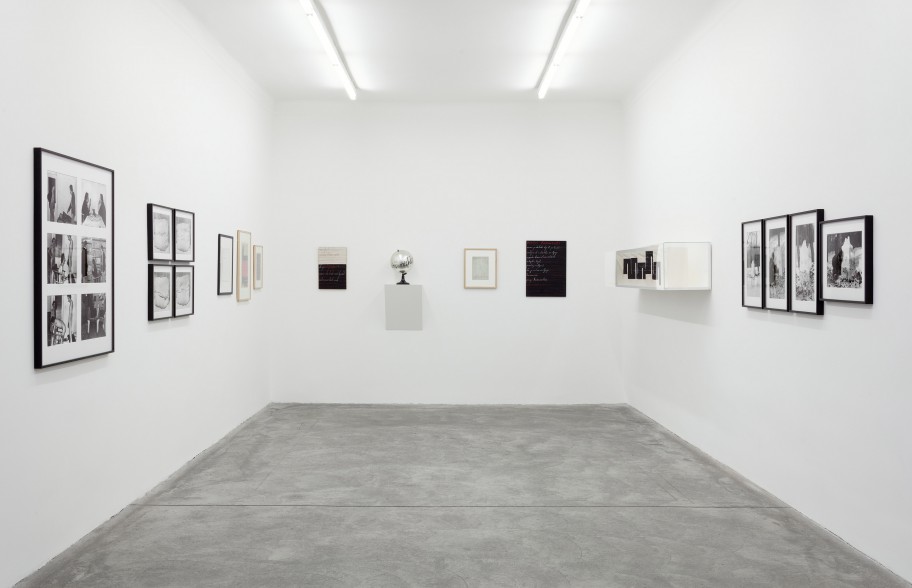 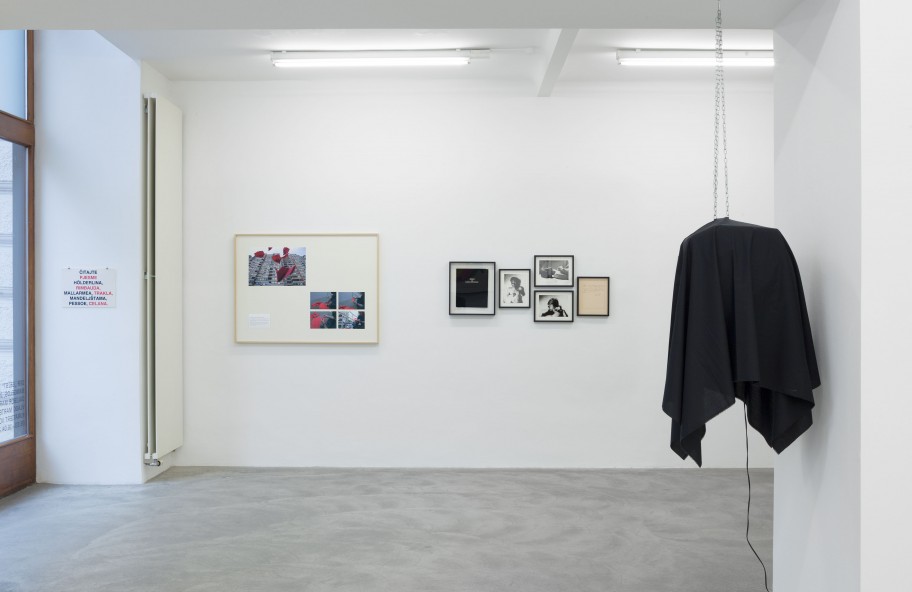 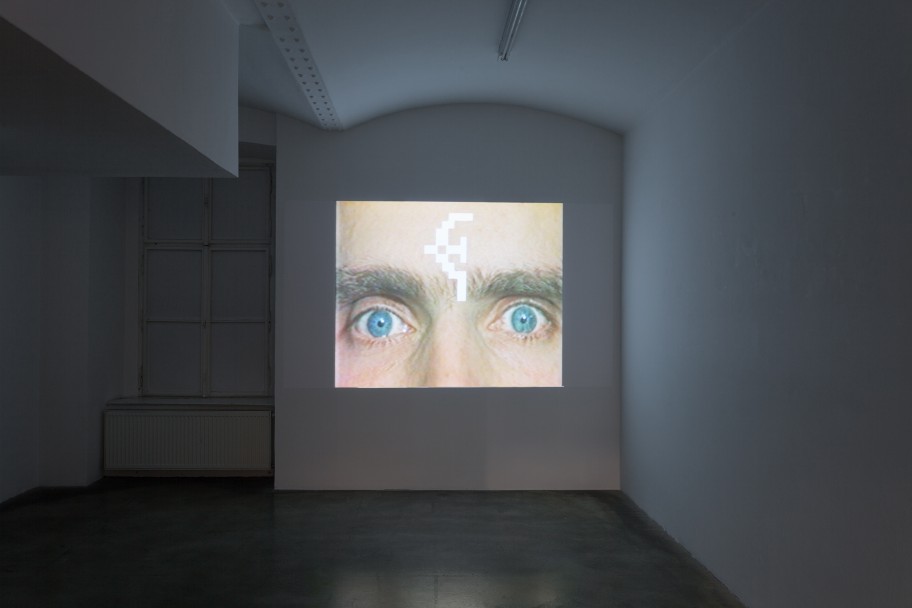 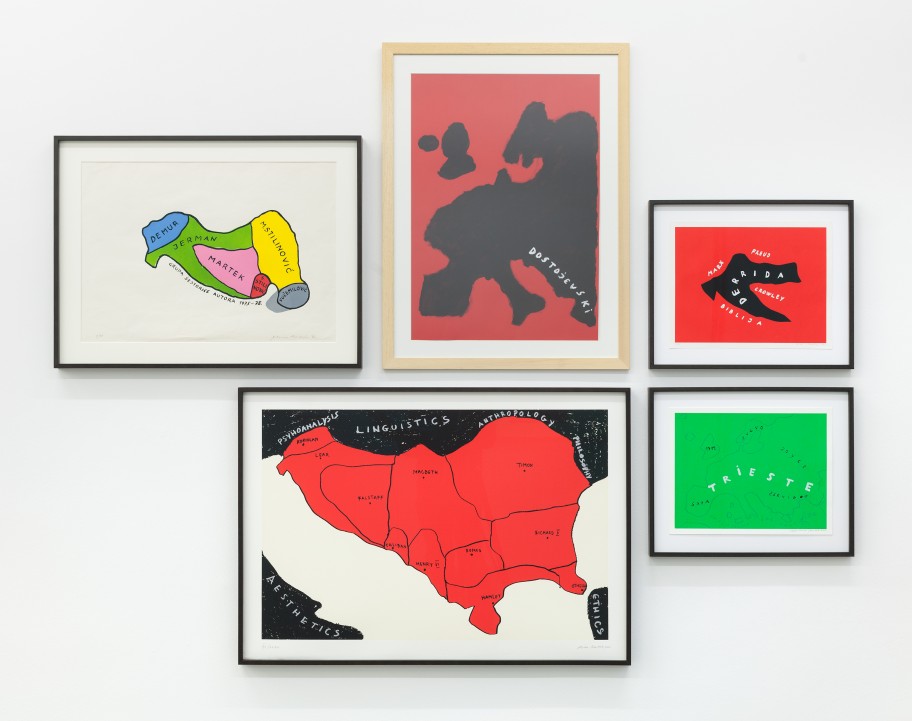 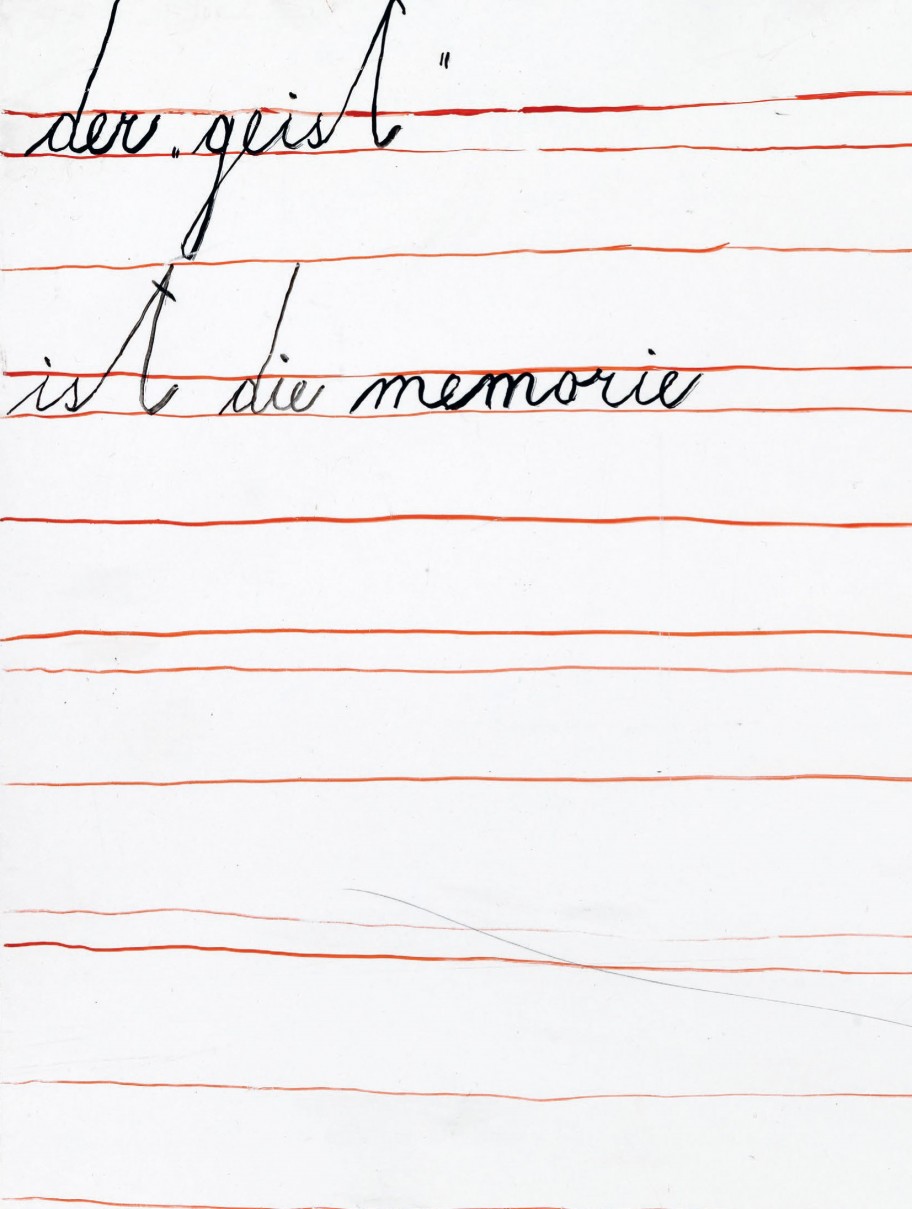 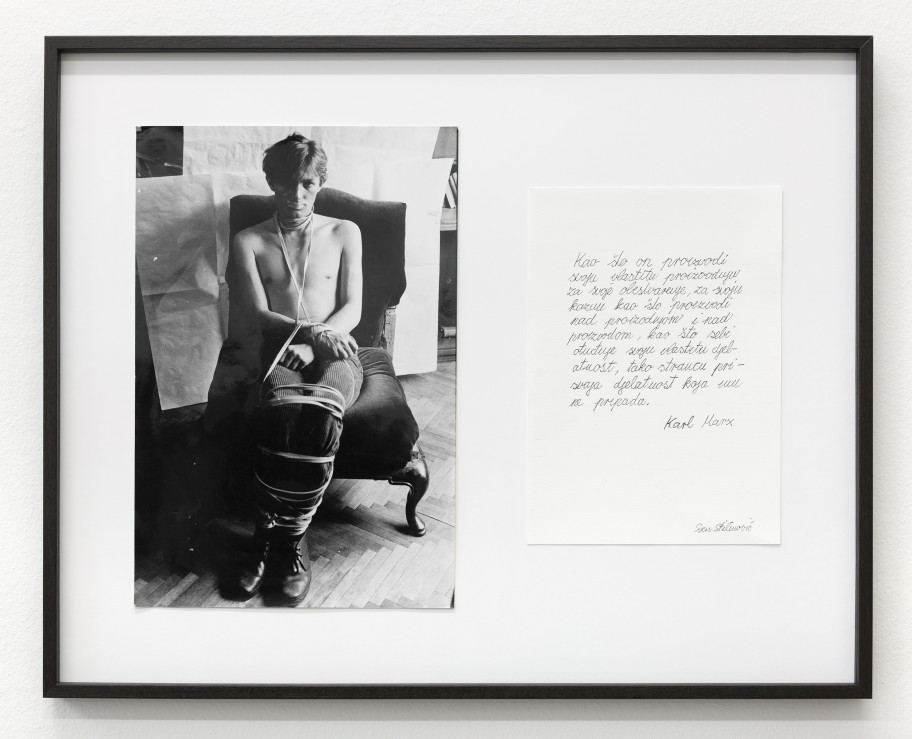 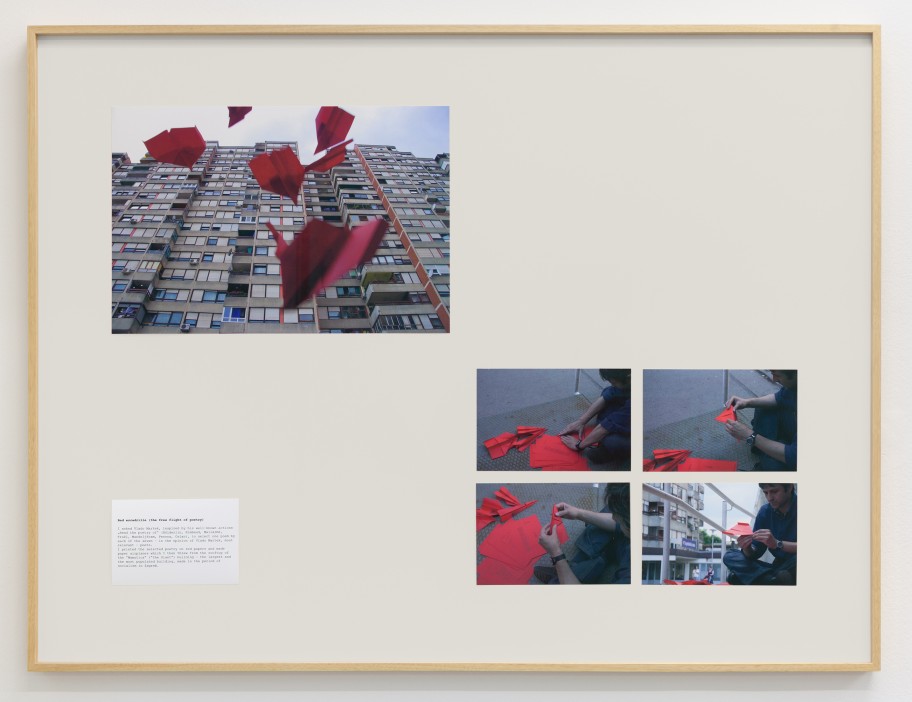 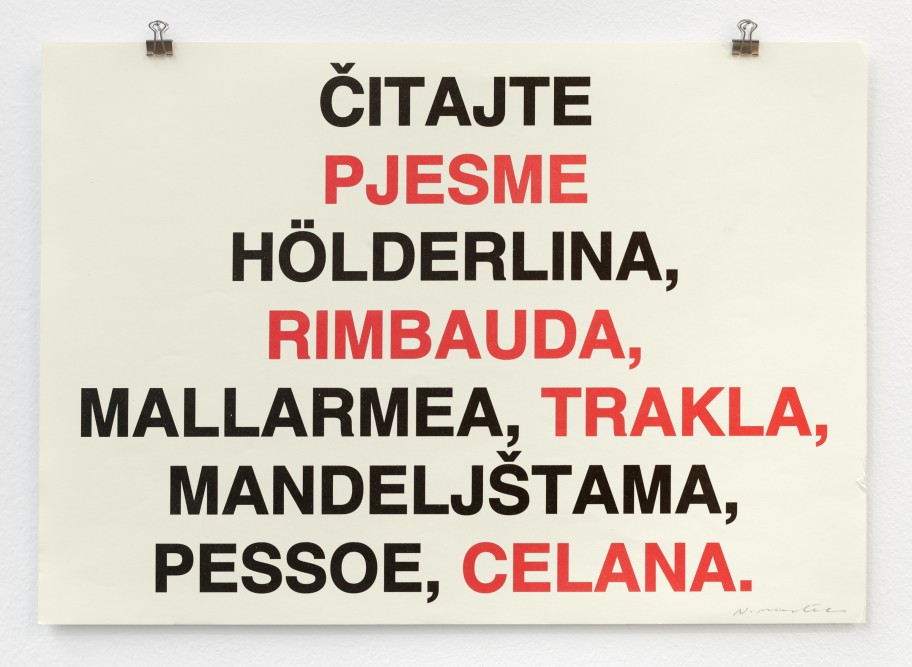 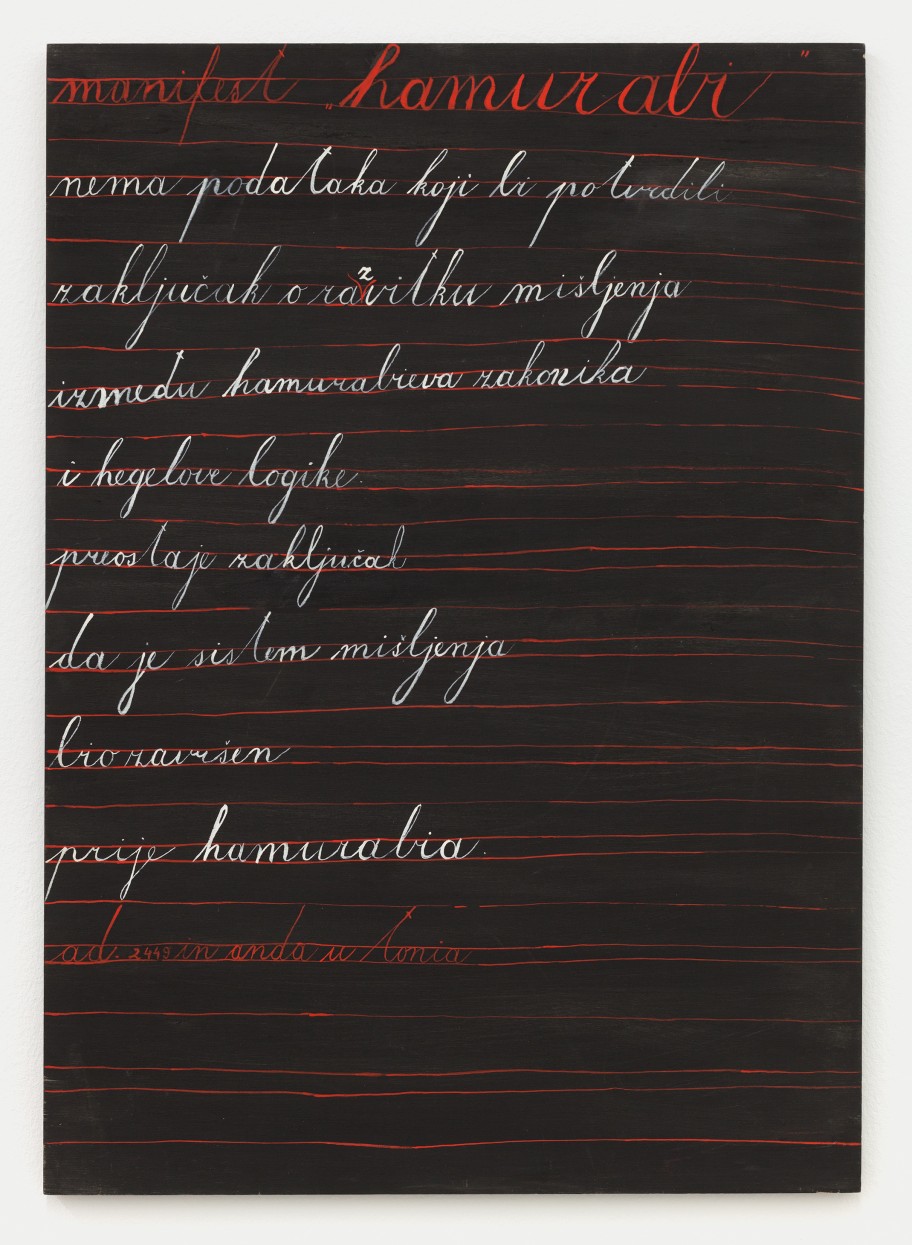 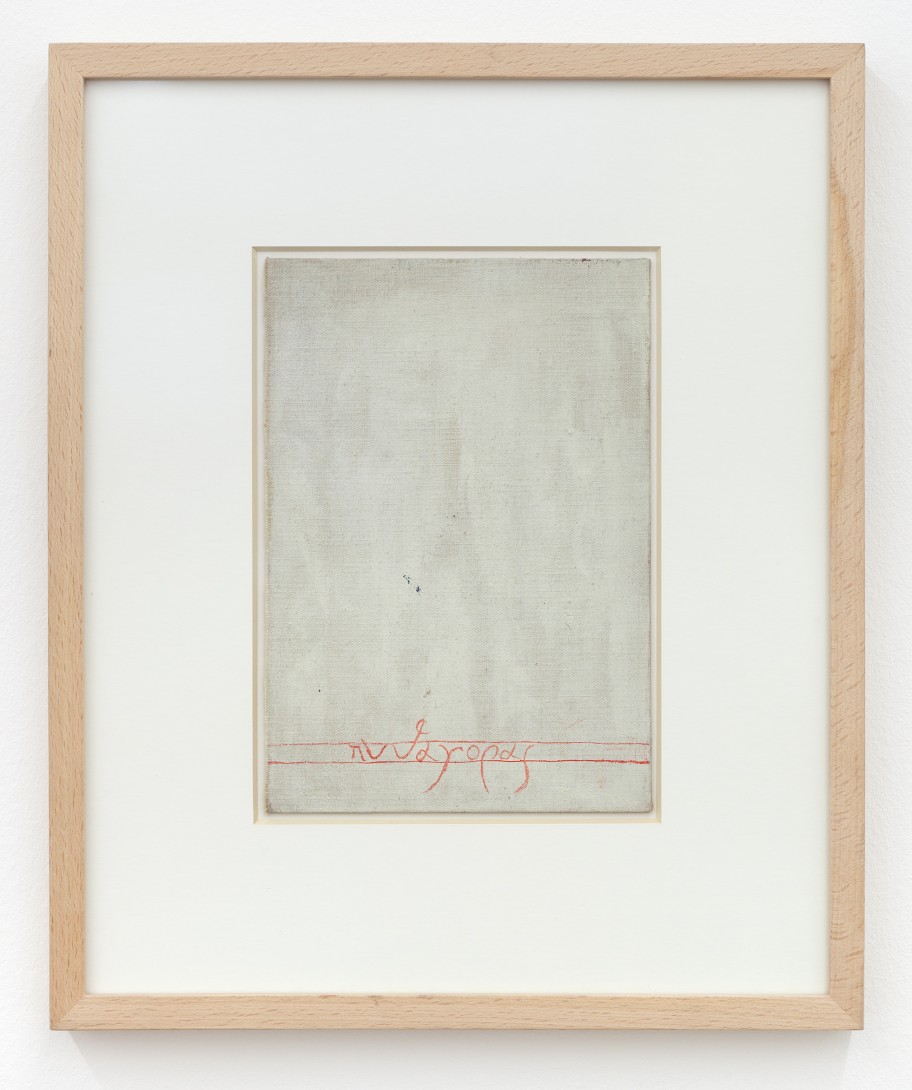 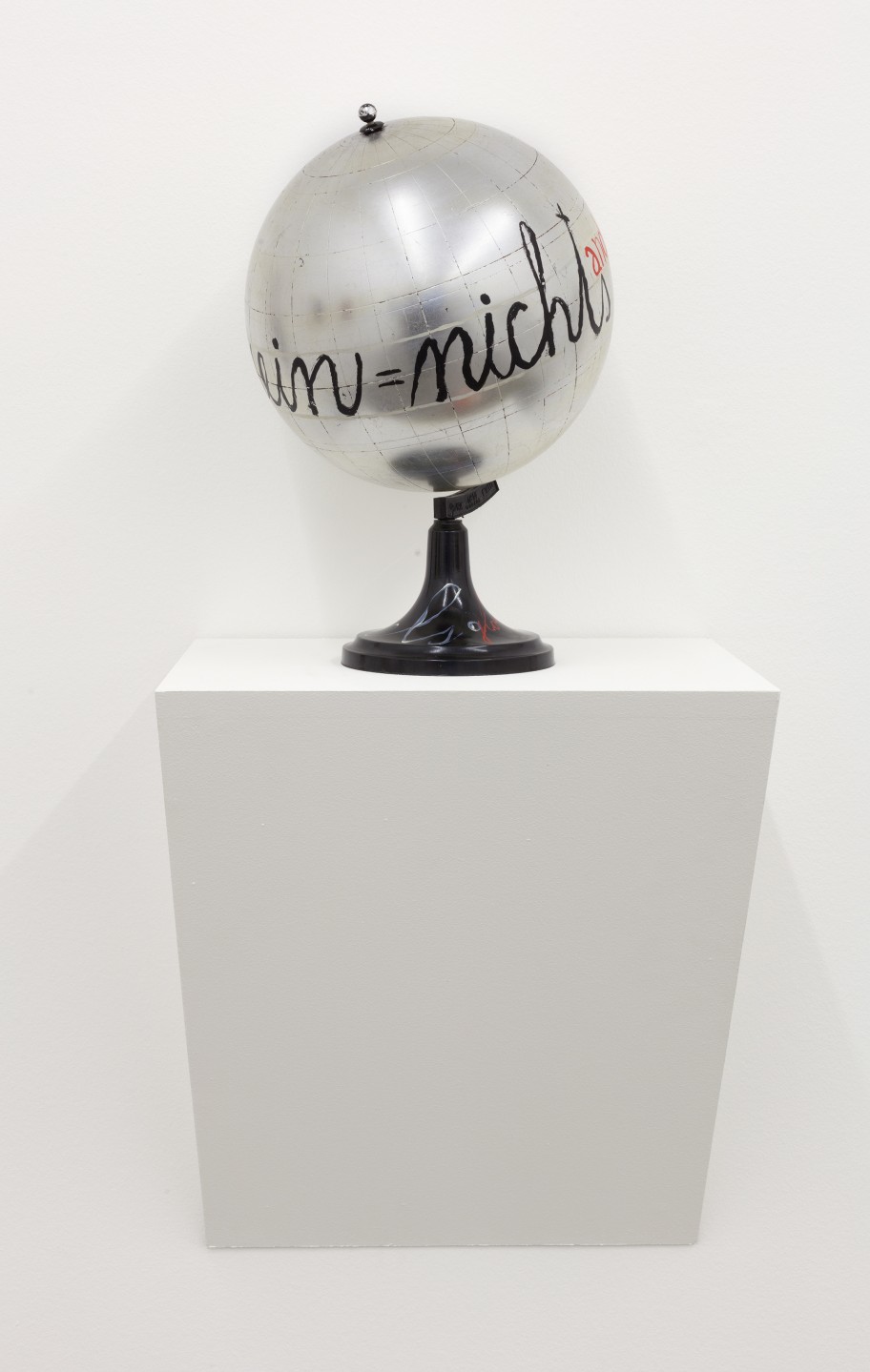 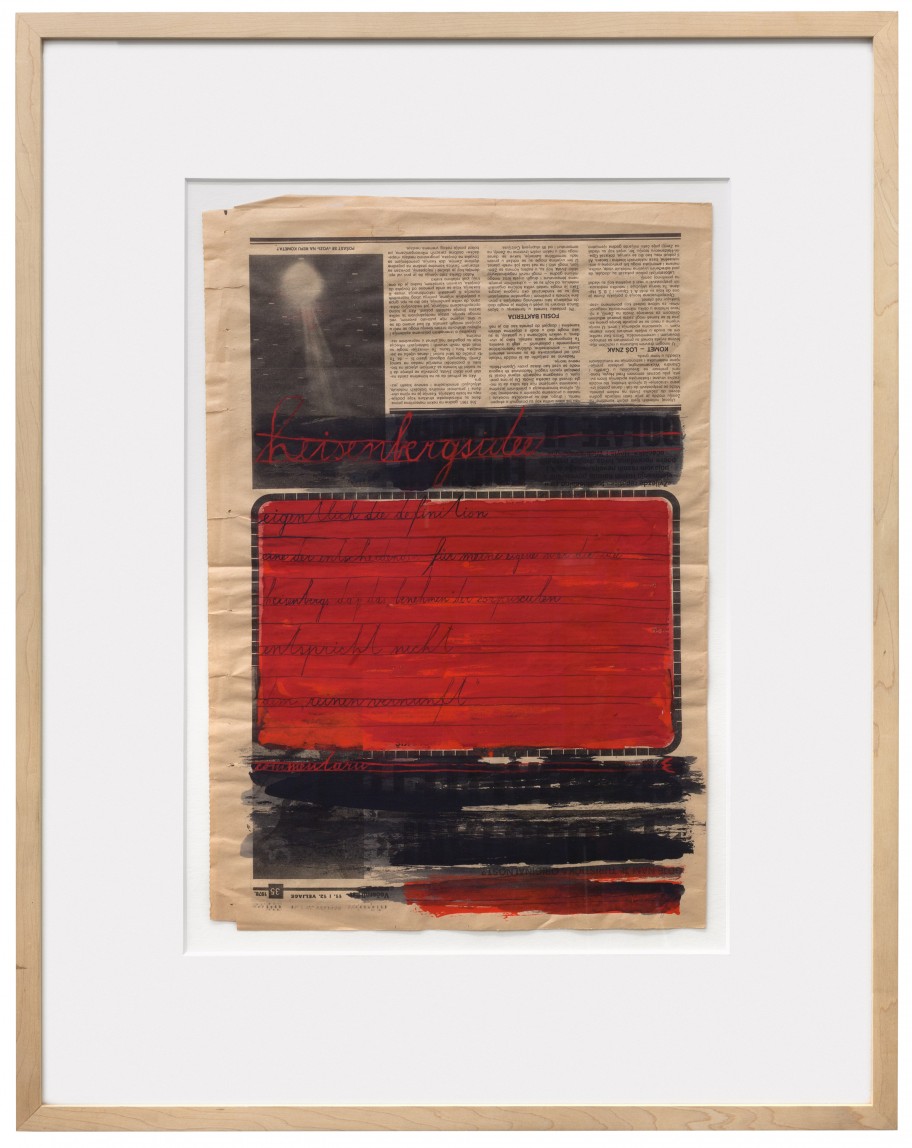 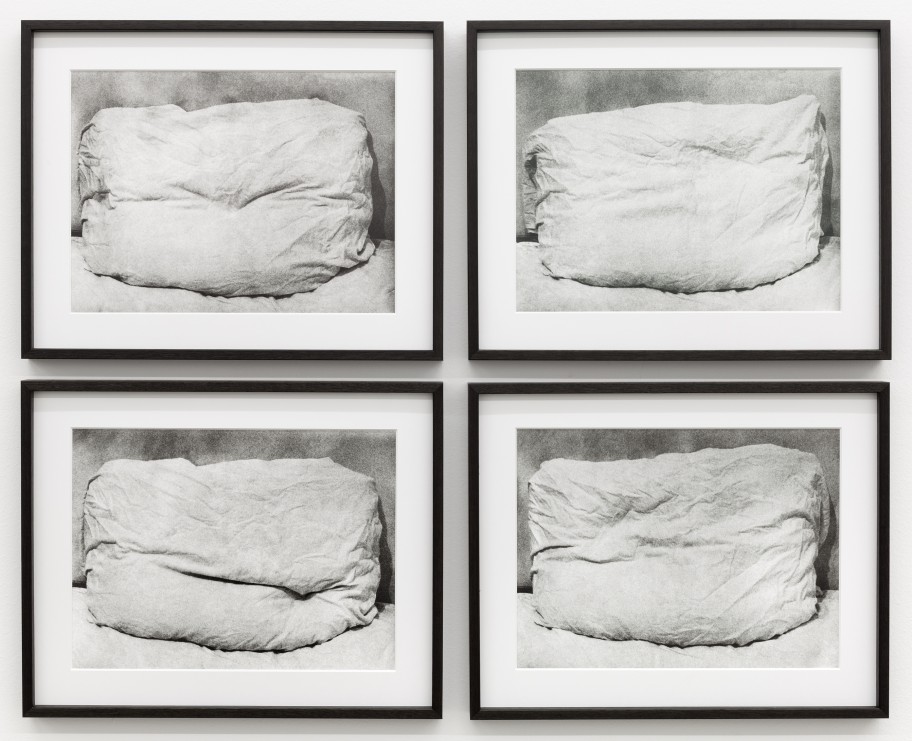 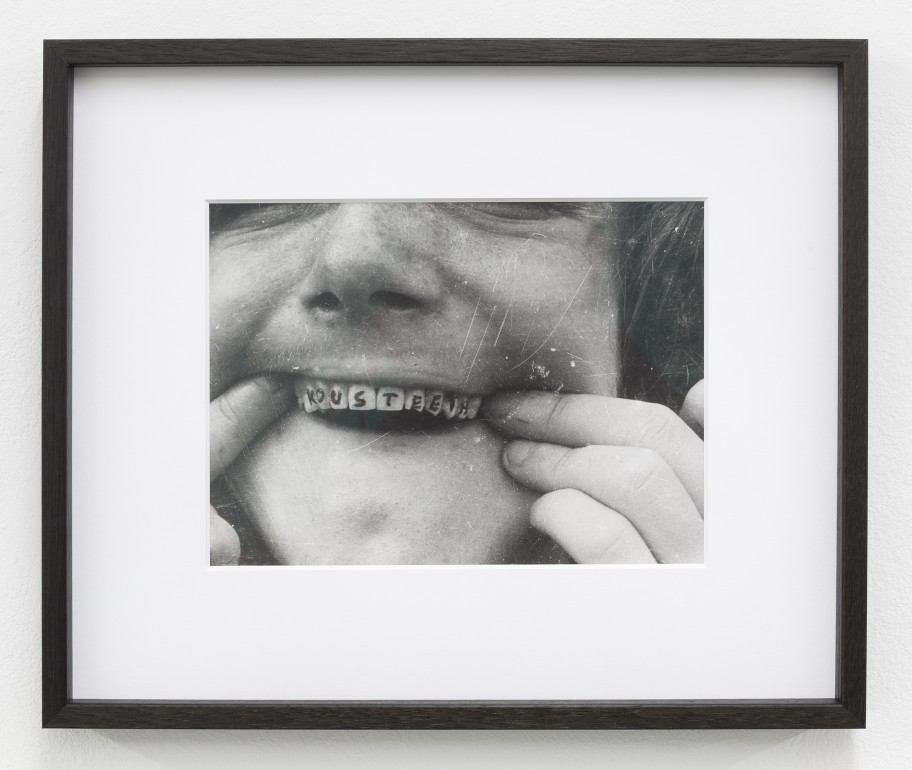 Eight artists from the Zagreb art scene present their works which refer to the ideas of other artists, writers, philosophers, psychoanalysts, physicists, directors, musicians, etc. The works cover the period from the early 1960s to today. They affirm erudition and imagination of the artist and call for engagement of the viewer who, in the manner of the artist, is supposed to be acquainted with the works of other authors, as their works create a context for new messages of the works exhibited here.
Some artists negate or ironically allude to the topic of their interest and get into a dispute with their sources. In case of Mangelos’ Manifestos, they come from different disciplines within the humanities and sciences. As a self-aware philosopher-skeptic who challenged art, Mangelos engaged in an open-ended dialogue with a series of characters by reducing his thoughts into short and precise, or what he called “super-Wittgensteinian” propositions, that he would write on wooden boards, globes and artist’s books. He corrected Hegel’s Sein und Nichts dialectics on a silver globe, which is a metaphor for the world, or adapted Freud’s Id-Ego-Superego, and commented on Heisenberg’s theory of energy.
Ludic elements are frequent in the work by media artist Dalibor Martinis whose turned-on TV suspended from the ceiling is covered by a black rag “in order to sing like a canary” and is dedicated to John Cage. Sven Stilinović’s photo Kosuth’s Teeth mocks at the tautological conceptual works by Joseph Kosuth, while the quote from Ludwig Wittgenstein that Mladen Stilinović wrote on the chopping boards is used for the game of naming and “political correctness” in the work entitled My Sweet Little Lamb.
The title of Tomislav Gotovac’s structuralist film trilogy Straight Line (Stevens-Duke), Blue Rider (Godard-Art), Circle (Jutkevič-Count) is a homage to jazz musicians and directors. The aesthetic and semantic interaction produced within the work reveals the ways in which the artist reads and partakes in history.

A series of poetic situations are translated by Vlado Martek into the domain of the visual. His “poetry in action”: poetic street agitations call people to start reading Majakowsky, Rimbaud, Mallarmé and others. He erected a snow monument in a forest for André Breton. In his graphic works Martek used the contours of European states to create complex narratives about the red Balkans – the melting pot of bloody kings, comical and romantic Shakespearean heroes. The Balkans becomes surrounded by countries that are marked by the names signifying their civilisational developments – aesthetics, psychoanalysis, linguistics, anthropology, philosophy and ethics – in his work Shakespeare Among Us.
The artists place the body in relation to the text. Sven Stilinović juxtaposes the photos of his face covered with coins and his tied body with the texts by Karl Marx, thus referring to libertarian traditions of anarchism, while Mladen Stilinović offers his interpretation of the Oedipus complex in Conversation with Freud – The Artist As His Own Complex.
It is even hard to imagine geometrician Julije Knifer in this context, but one of his works can be singled out to fit into this loquacious exhibition. It is his long folded Meander in the bibliophile edition of Hölderlin’s poem The Rhine.
And finally, Igor Grubić, an artist of a younger generation, returns the story to the beginning in Red Escadrille – The Free Flight of Poetry. Referring to Vlado Martek’s poetic agitations from the 1970s, Grubić creates an action of throwing paper planes with poems on them that Martek has selected for him.
The complexity of works stems from a wide range of interests of these artists, from their critical and analytical standpoints, quotes, allusions, evocations, from their reminiscence. The works are engaged in a dialogical relationship with artistic, cultural and socio-political heritage, and this aspiration for intertextuality is visible in the title of the exhibition – Der „Geist“ ist die Memorie appropriated from the word-image artist and theoretician, Mangelos.