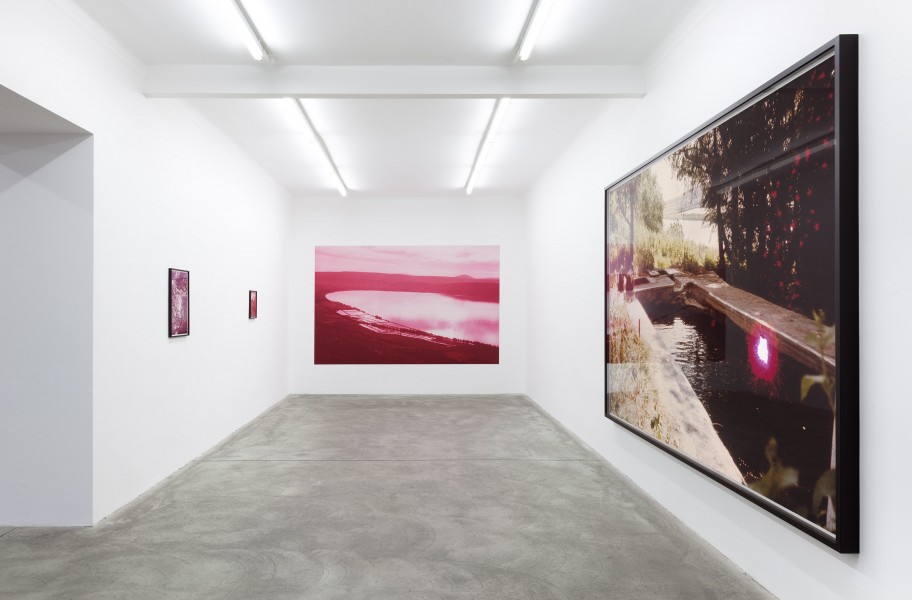 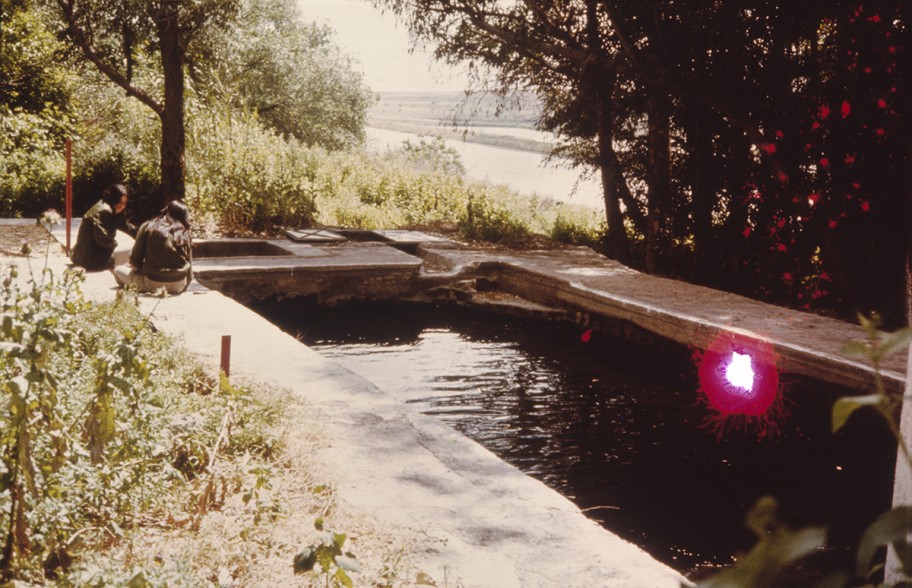 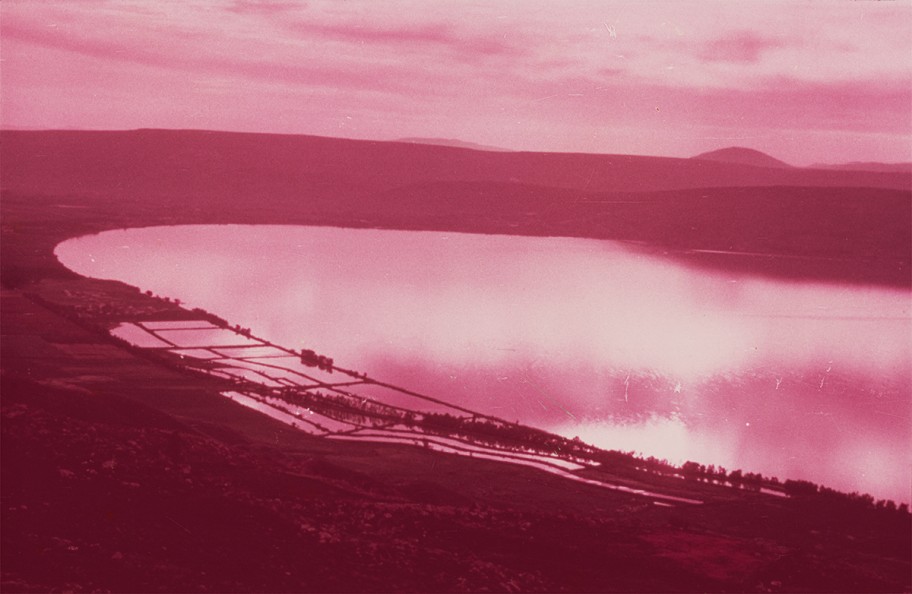 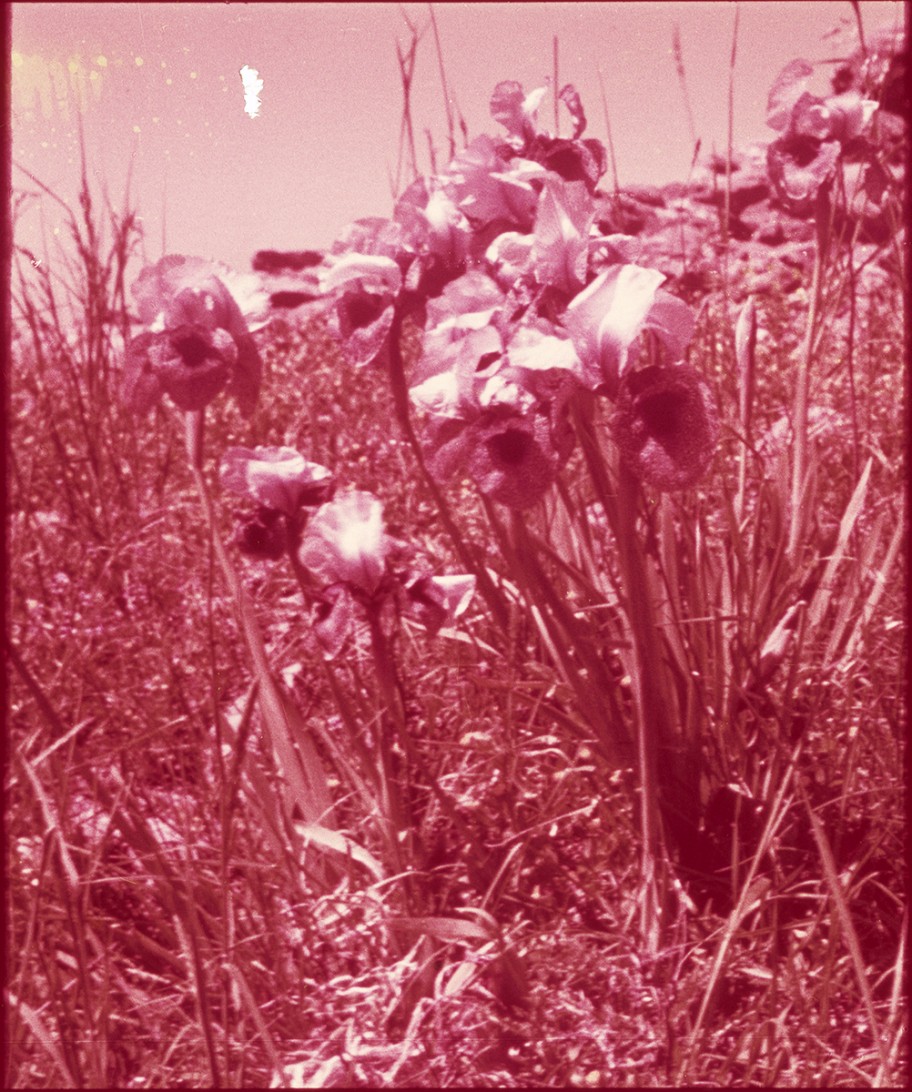 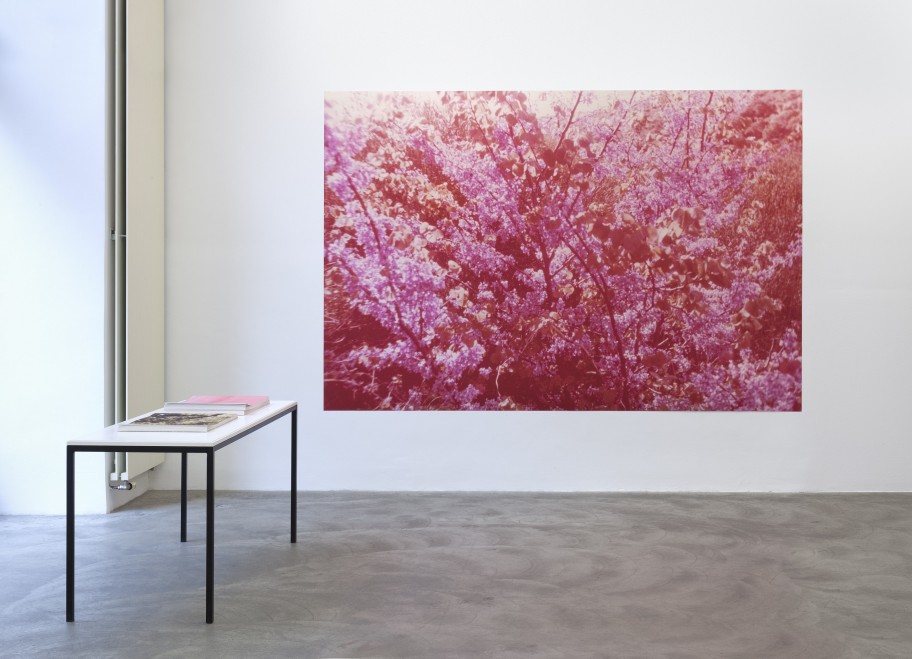 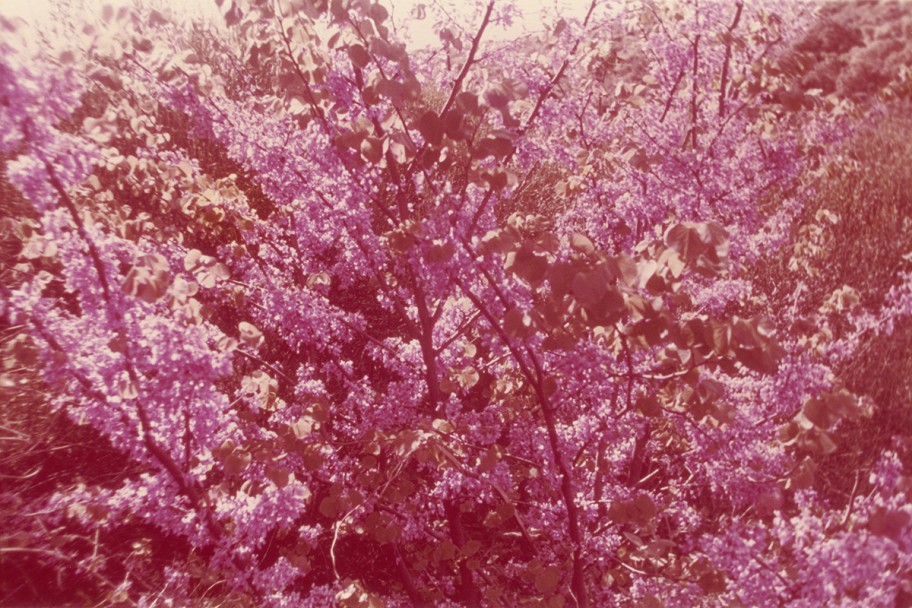 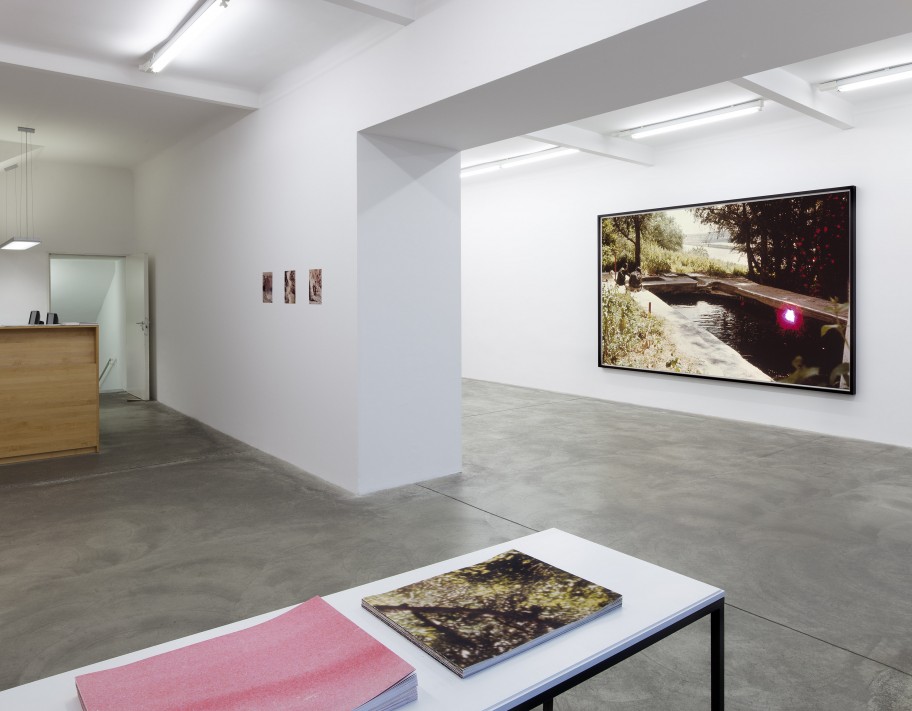 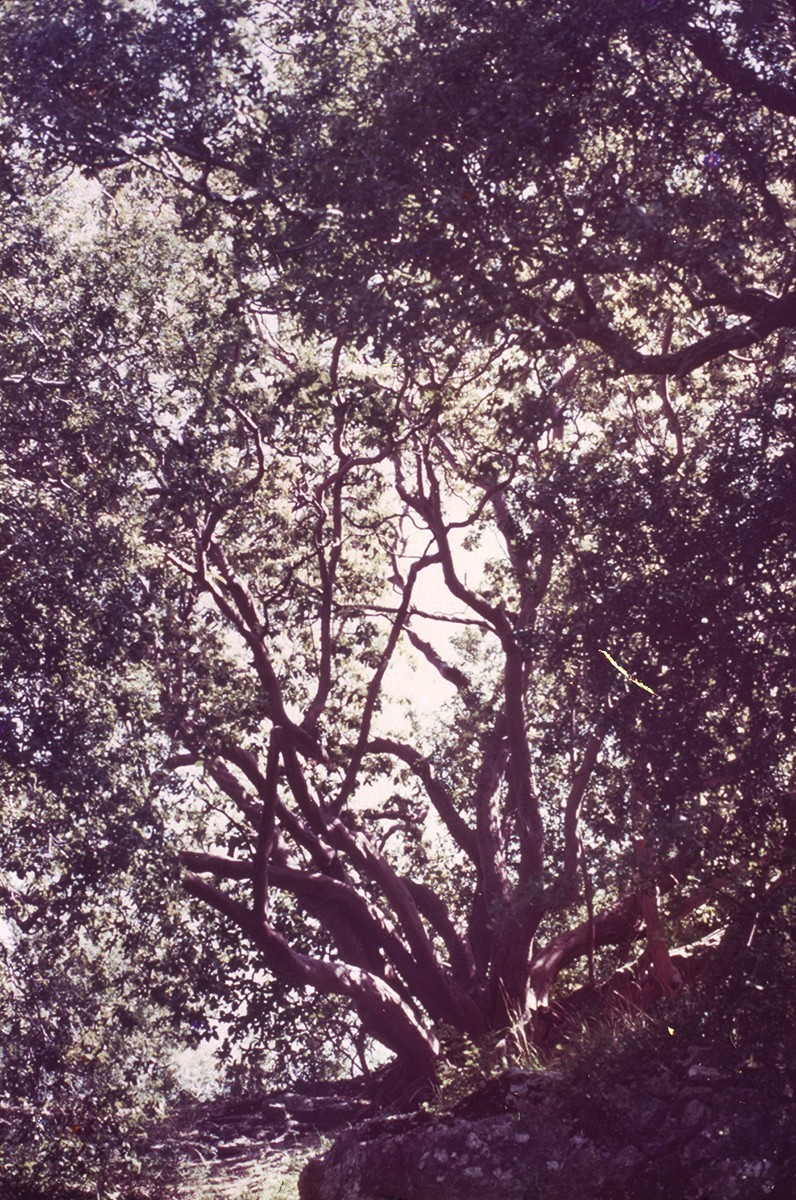 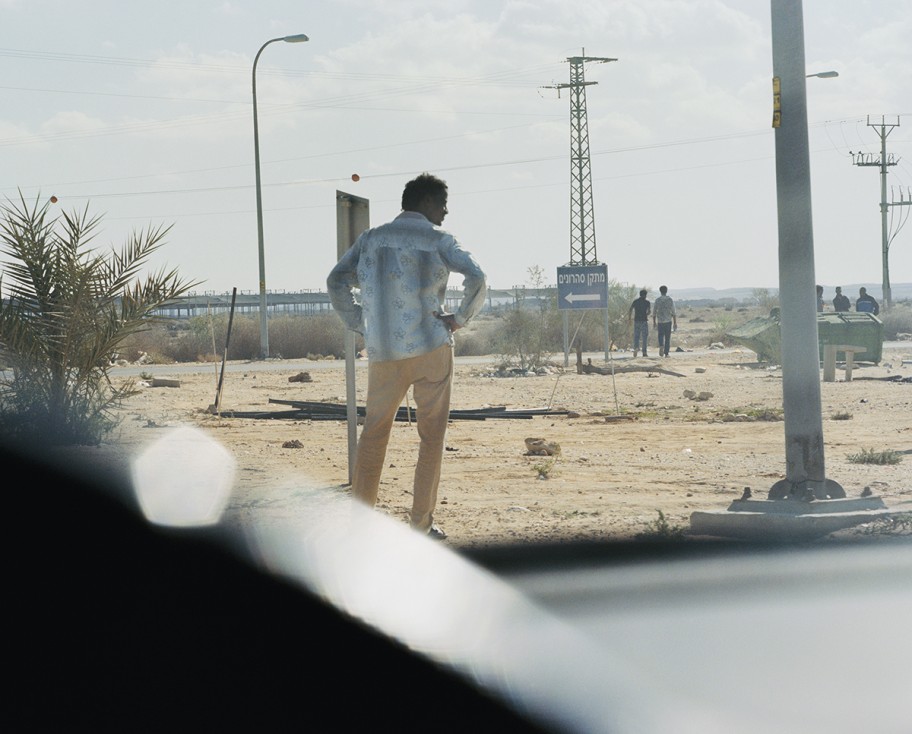 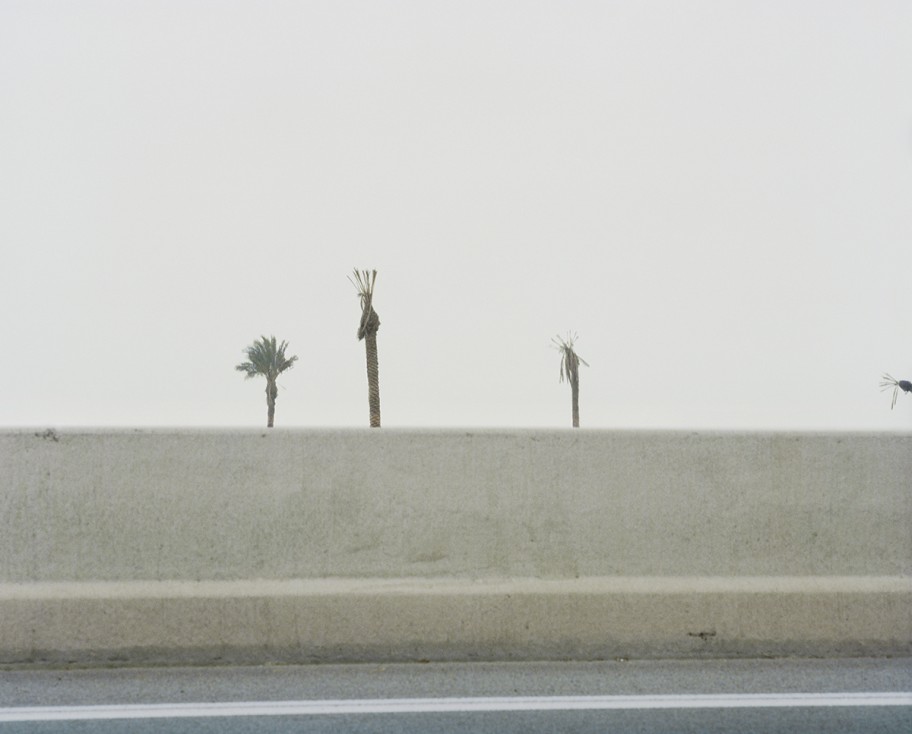 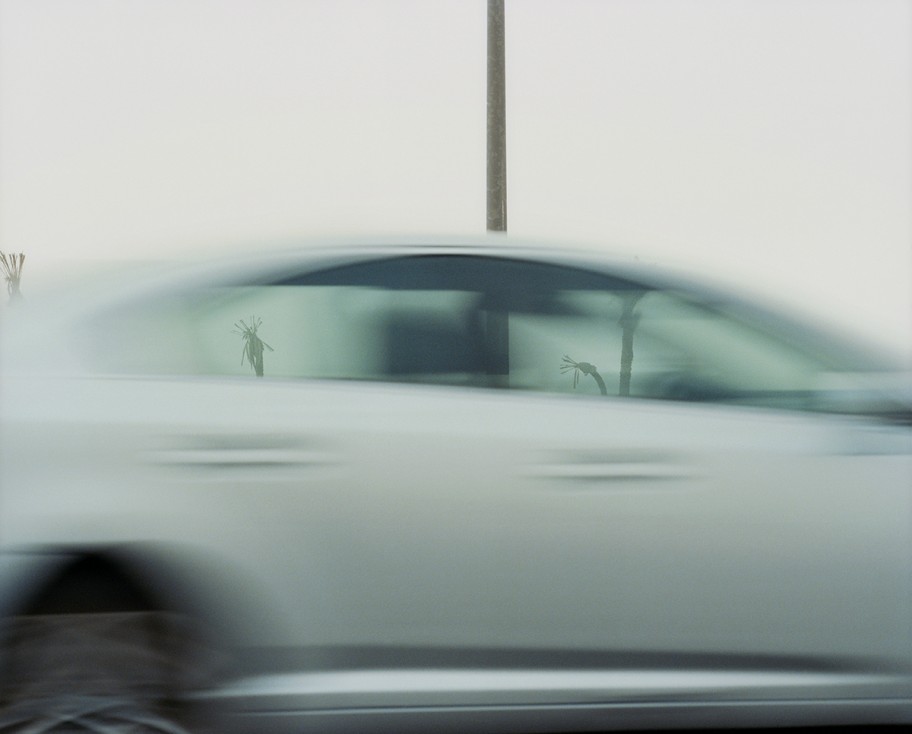 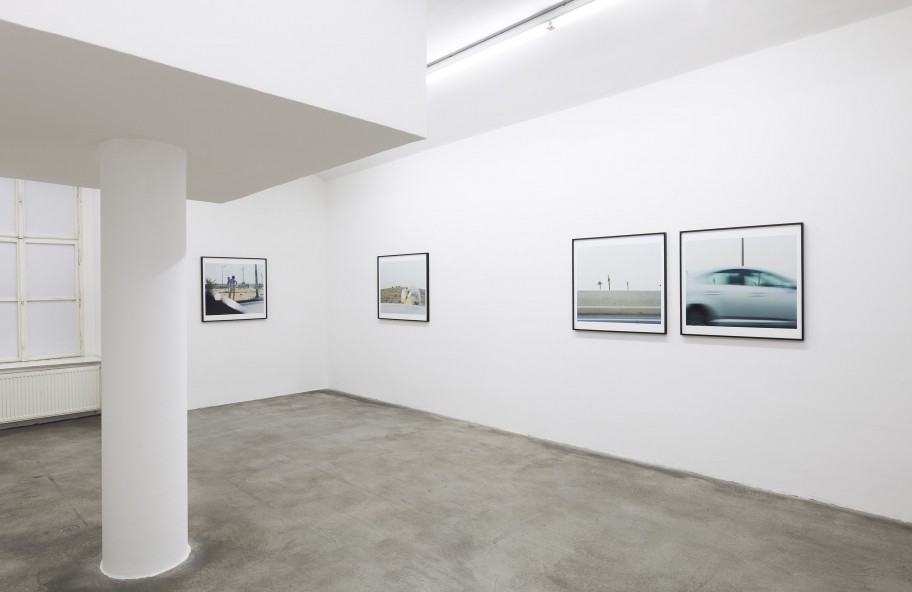 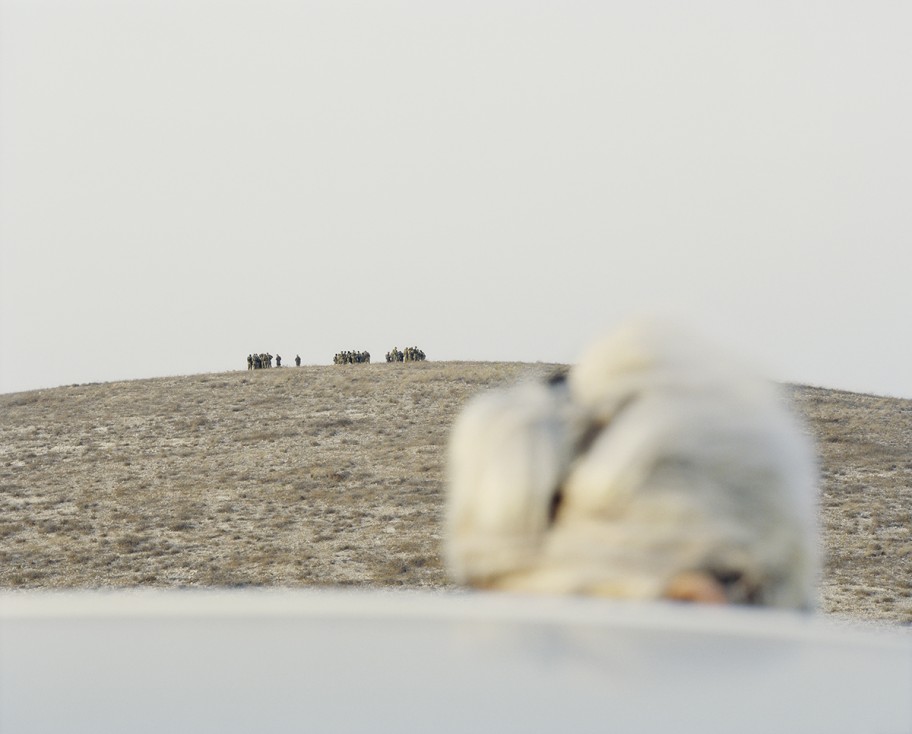 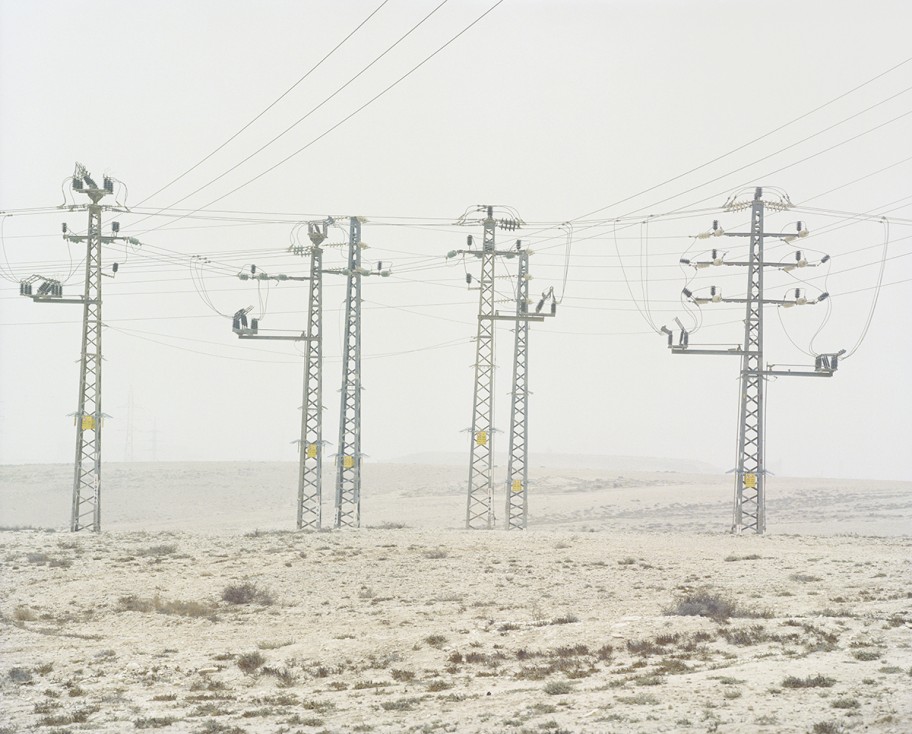 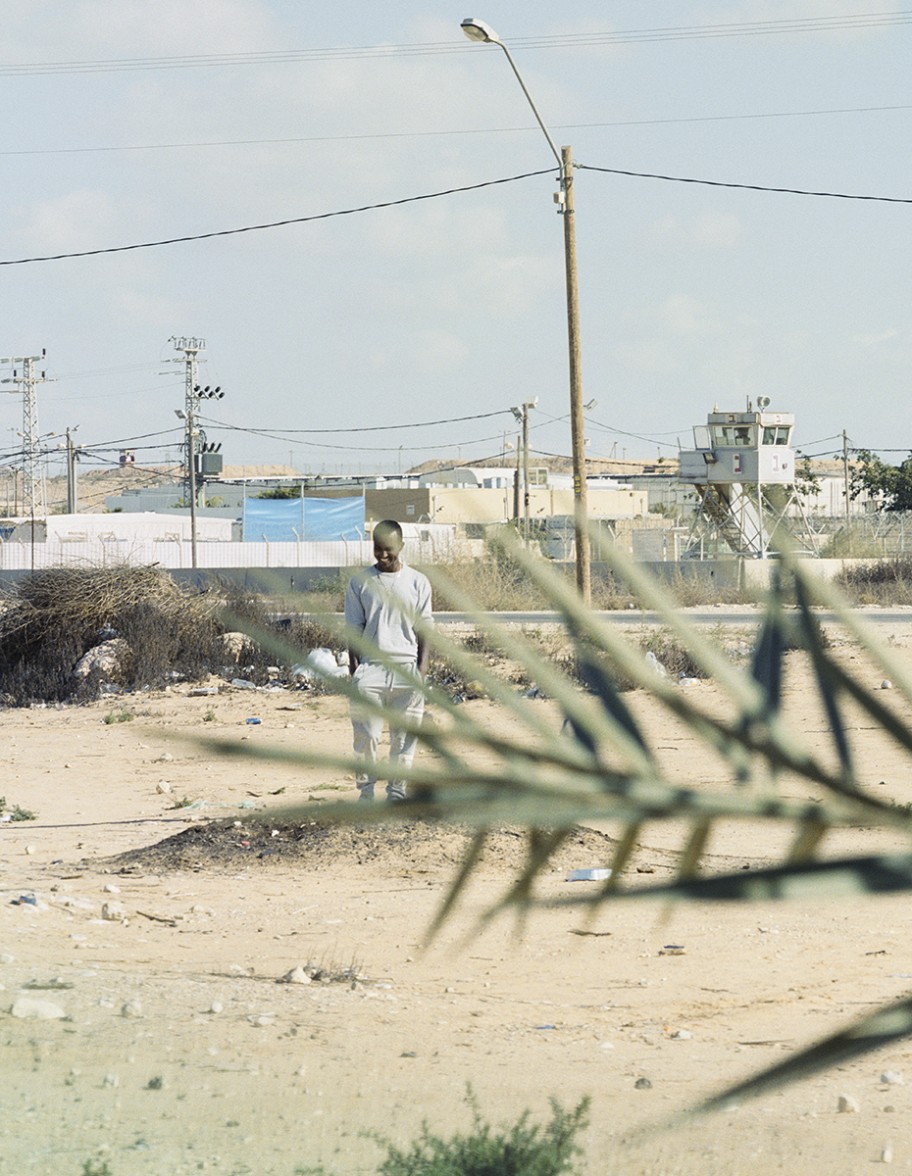 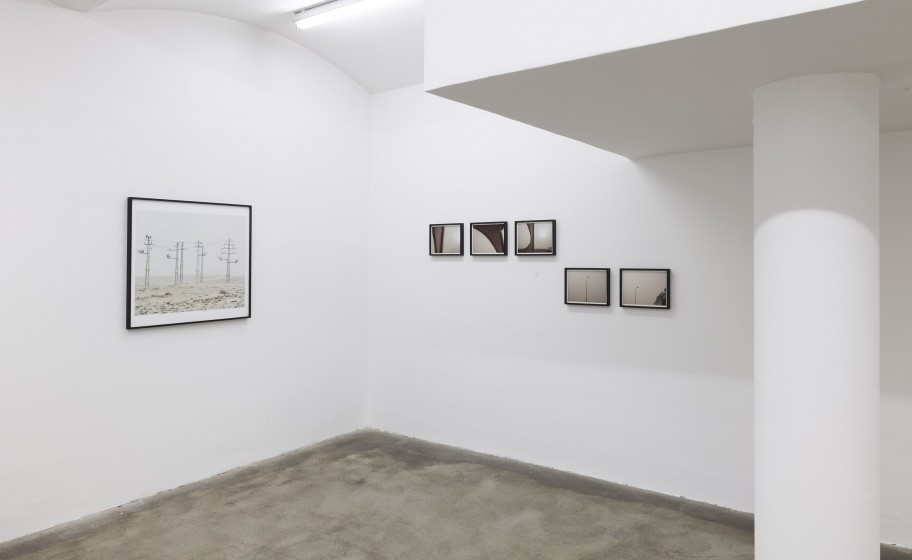 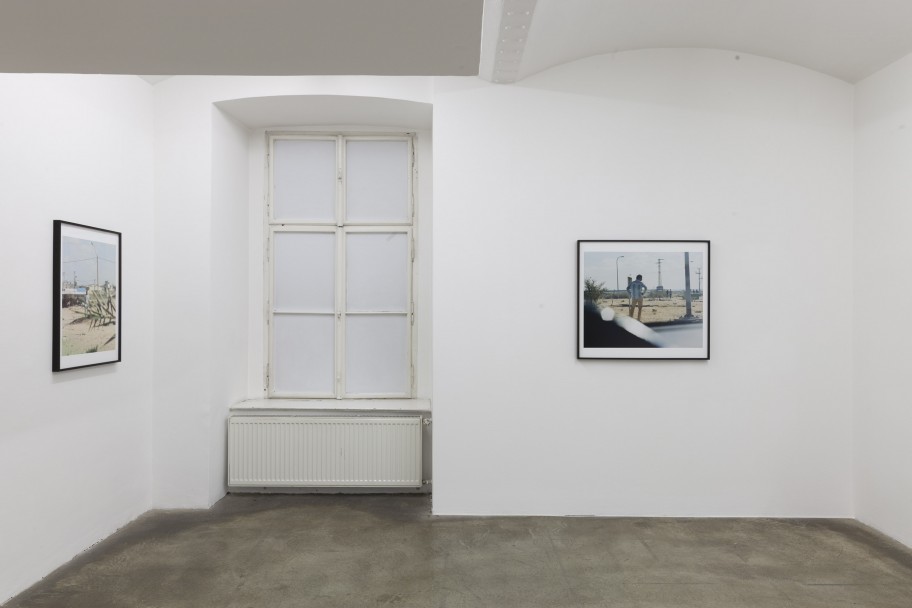 Pylons in the desert, three individual palm trees behind a road structure, a passing car, a pool amidst lush trees and bushes where two young women sit. Non-spaces and places of lost utopias are confronting each other in the new works of Sharon Ya’ari who takes his photographs only in Israel where he lives and grew up. Ya’ari uses photography as a means of “visual thinking” in order to explore nature, architecture, politics, society and history.

The first part of the exhibition comprises blow-ups of slides from the late 1960s that have lost and changed their colours over time. These “found-footage” pictures were taken by soldiers and amateur photographers in the north of Israel and were used as teaching materials for didactic lectures. Water and lush nature form the dominant and connecting elements of these photographs, with the formerly green-blue scenarios now dipped in red, bearing testimony to the past utopia of a “new Europe” in the Middle East; an idea of nature and landscape which many immigrants from Europe and Russia followed and tried to implement upon arrival. The Sea of Galilee 1969 (2016) shows Lake Kinneret from the east; a view which not only stresses the significance of the lake as the region’s main water source but also emphasises its religious, historical and iconographic dimension. Officers’ Pool 1969 (2016) takes us to the Golan Heights where a pool was built for soldiers of the Syrian army in the 1960s at a natural well. Decades later the pool became an attraction for hikers and nature lovers. Leisure, recreation and escapism merge with politics and history.

The rich red of the exhibition’s first group of works is contrasted with the dusty faded, yellow tint of the photographs in the second part. They seem to represent the subconscious of the works in the first part. Sharon Ya’ari has taken these images in the past two years in the southern part of the country along the main road that leads to the Egyptian border. In recent times, a detention camp for African refugees has been established there, close to the border next to military camps. A cul-de-sac in both directions.

The series of red photographs moves on a visual time axis from the present into the past while the second part of the exhibition directs our gaze towards the current, deadlocked situation without offering an outlook into the future.