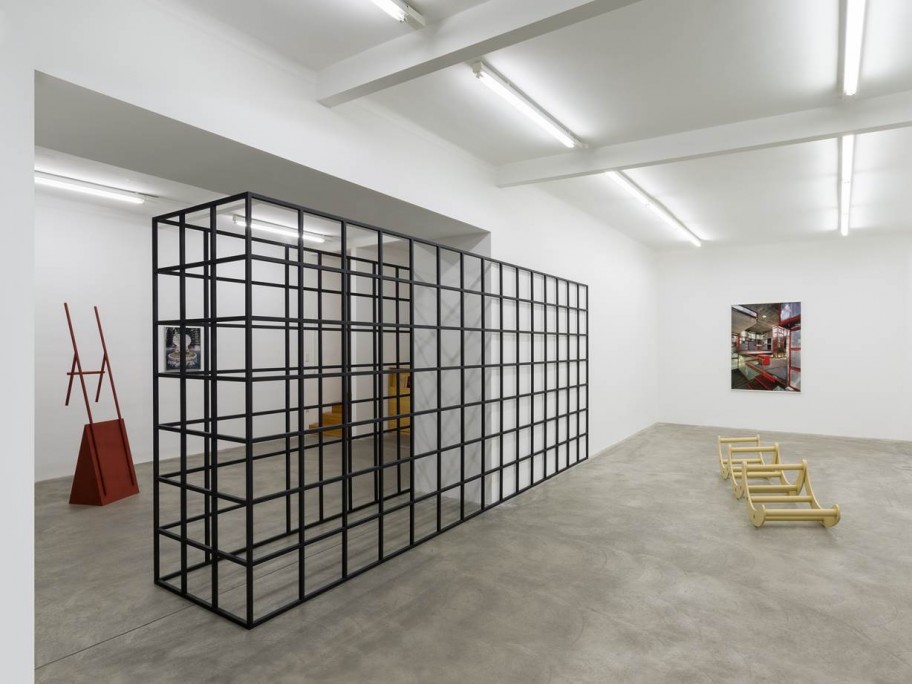 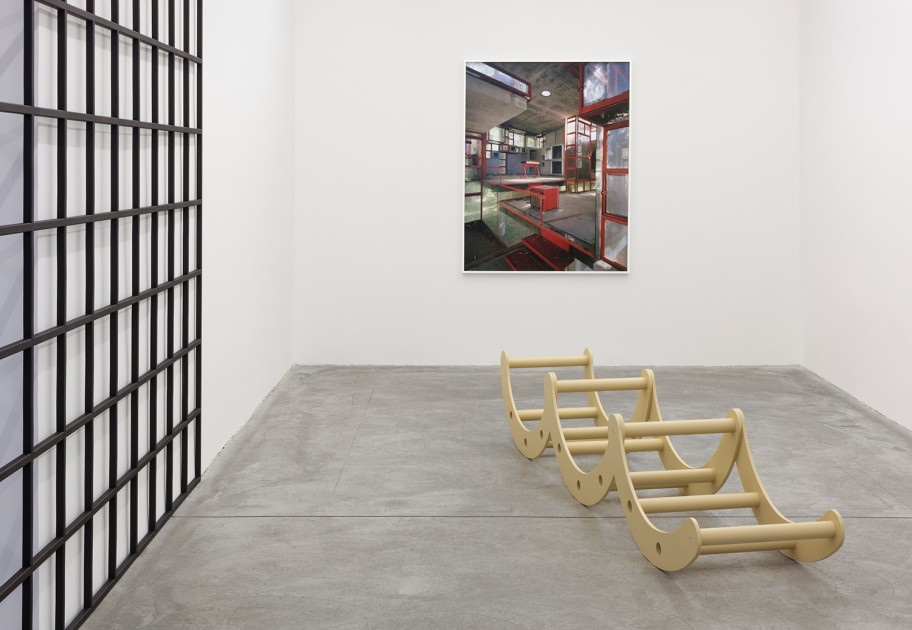 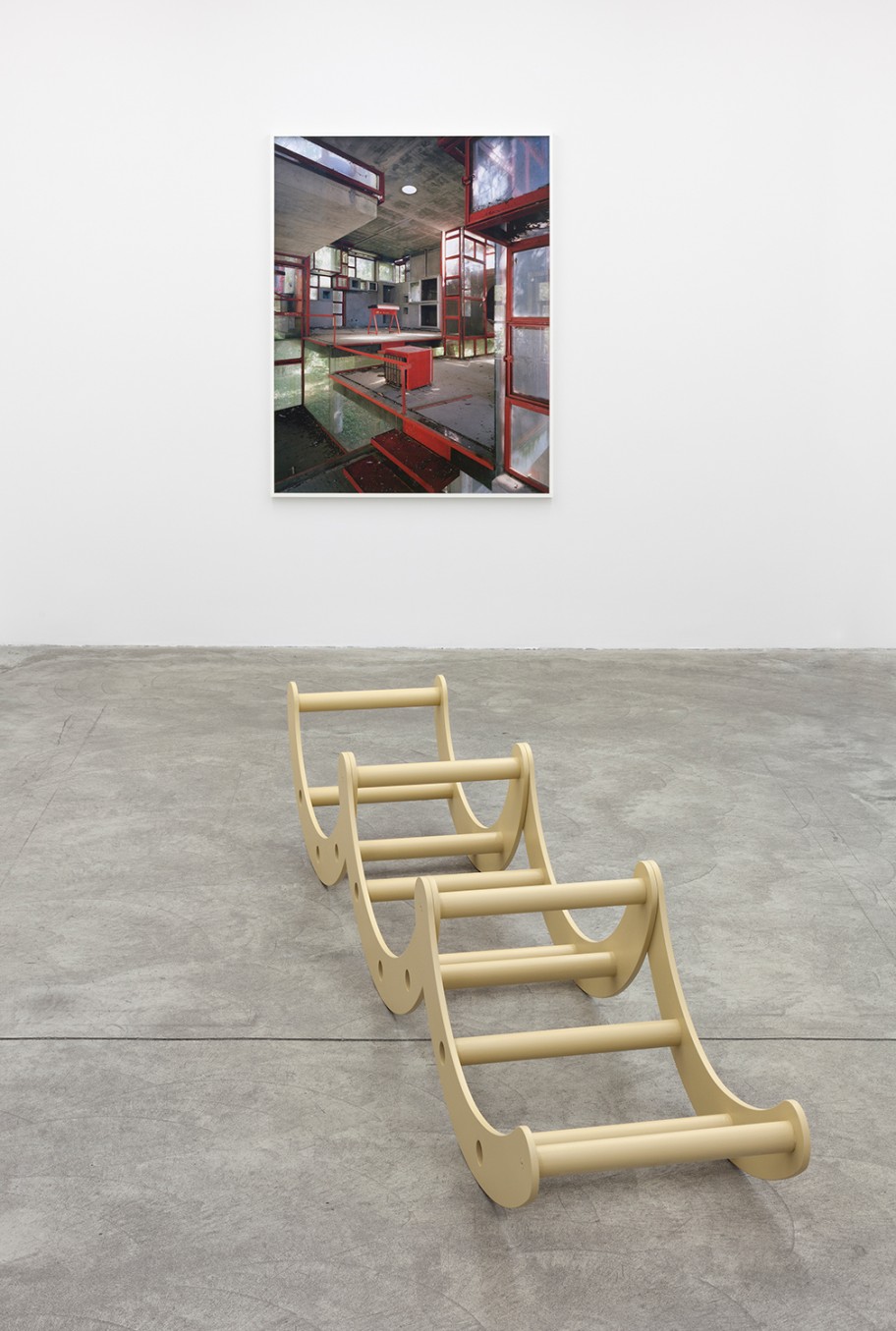 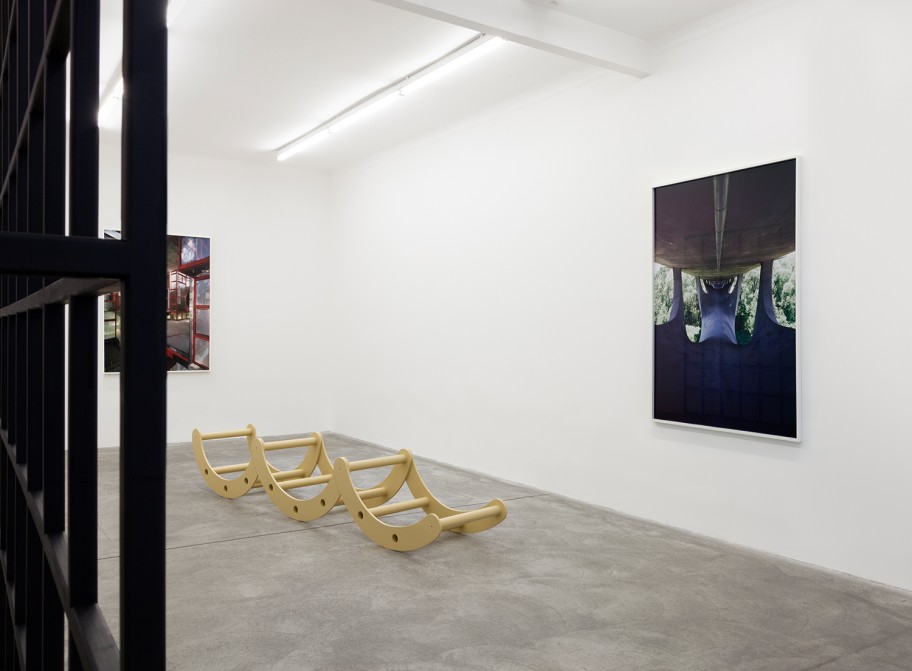 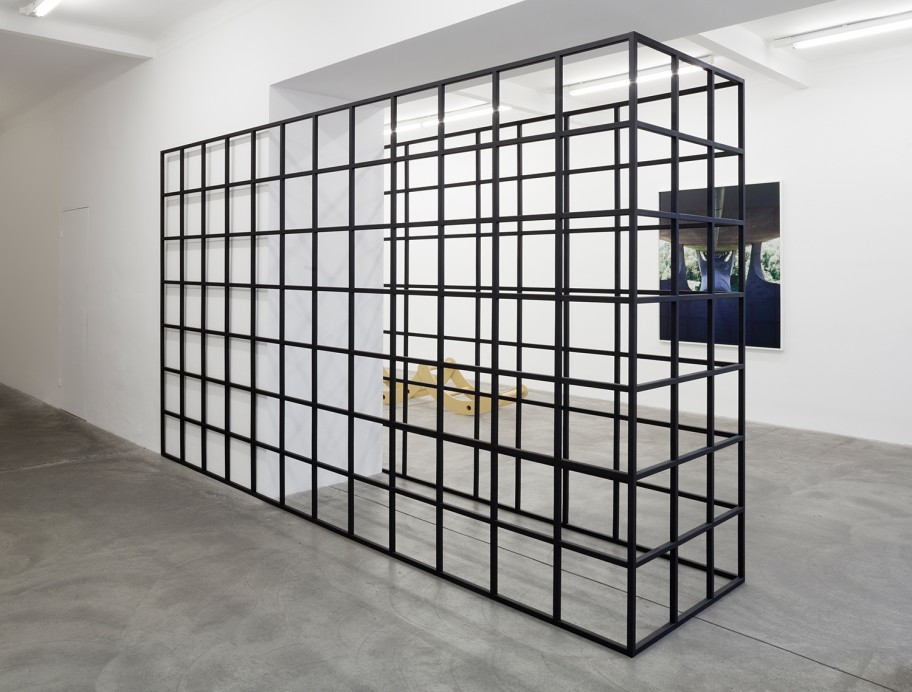 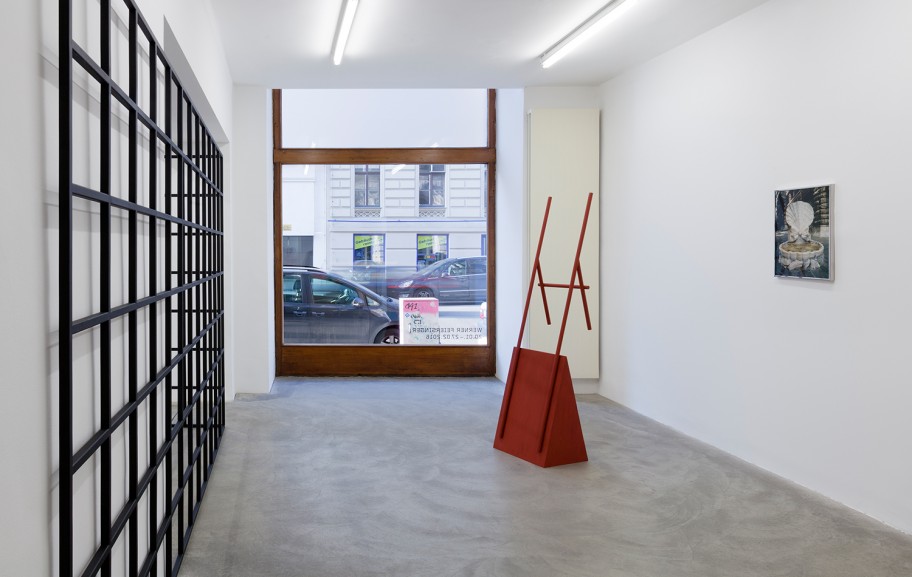 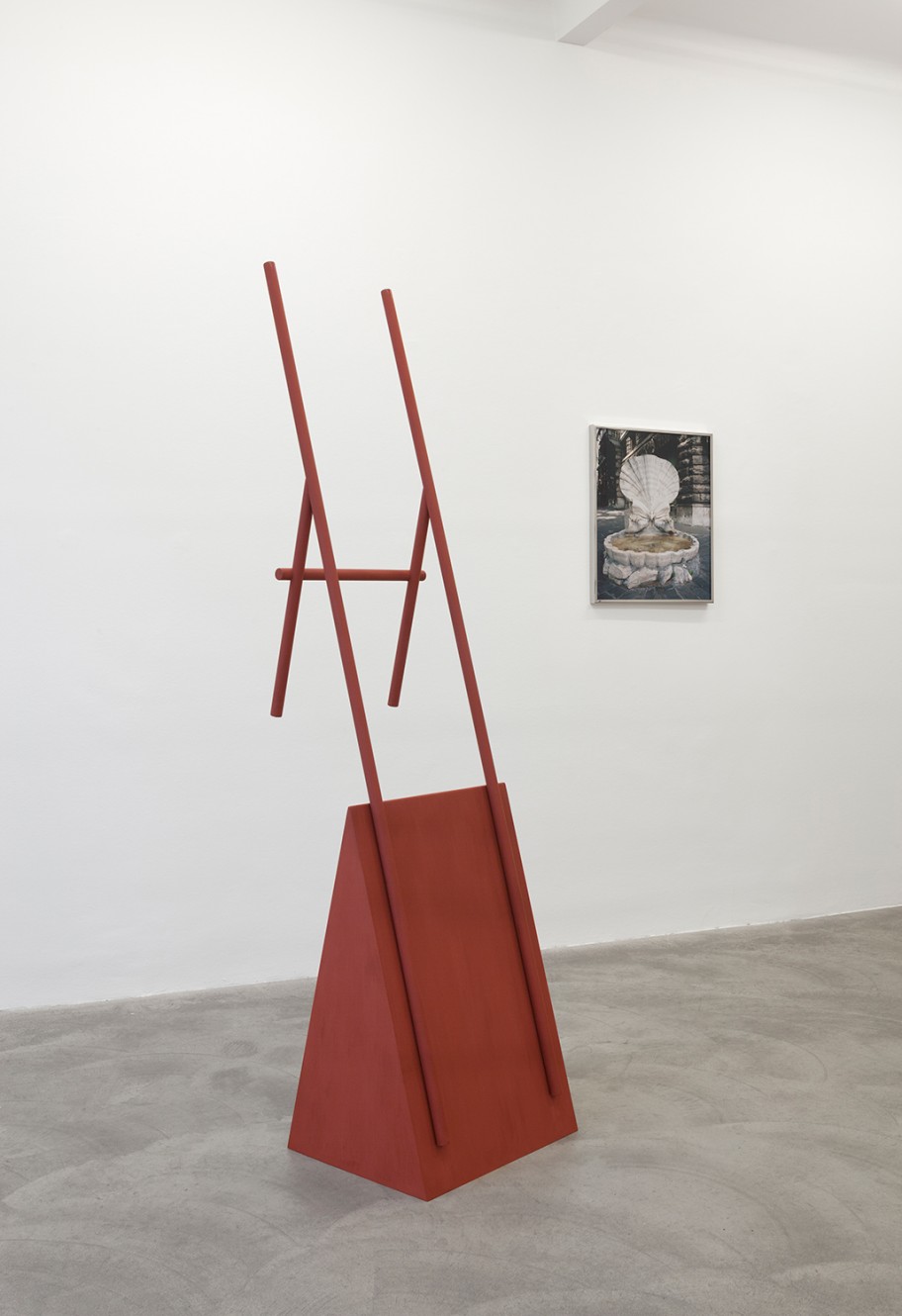 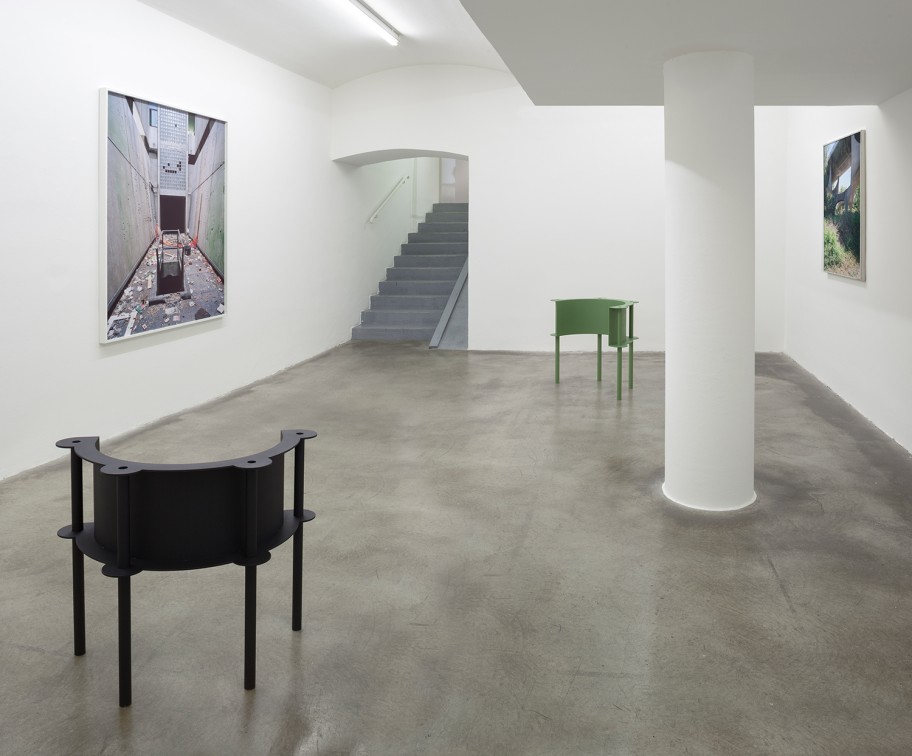 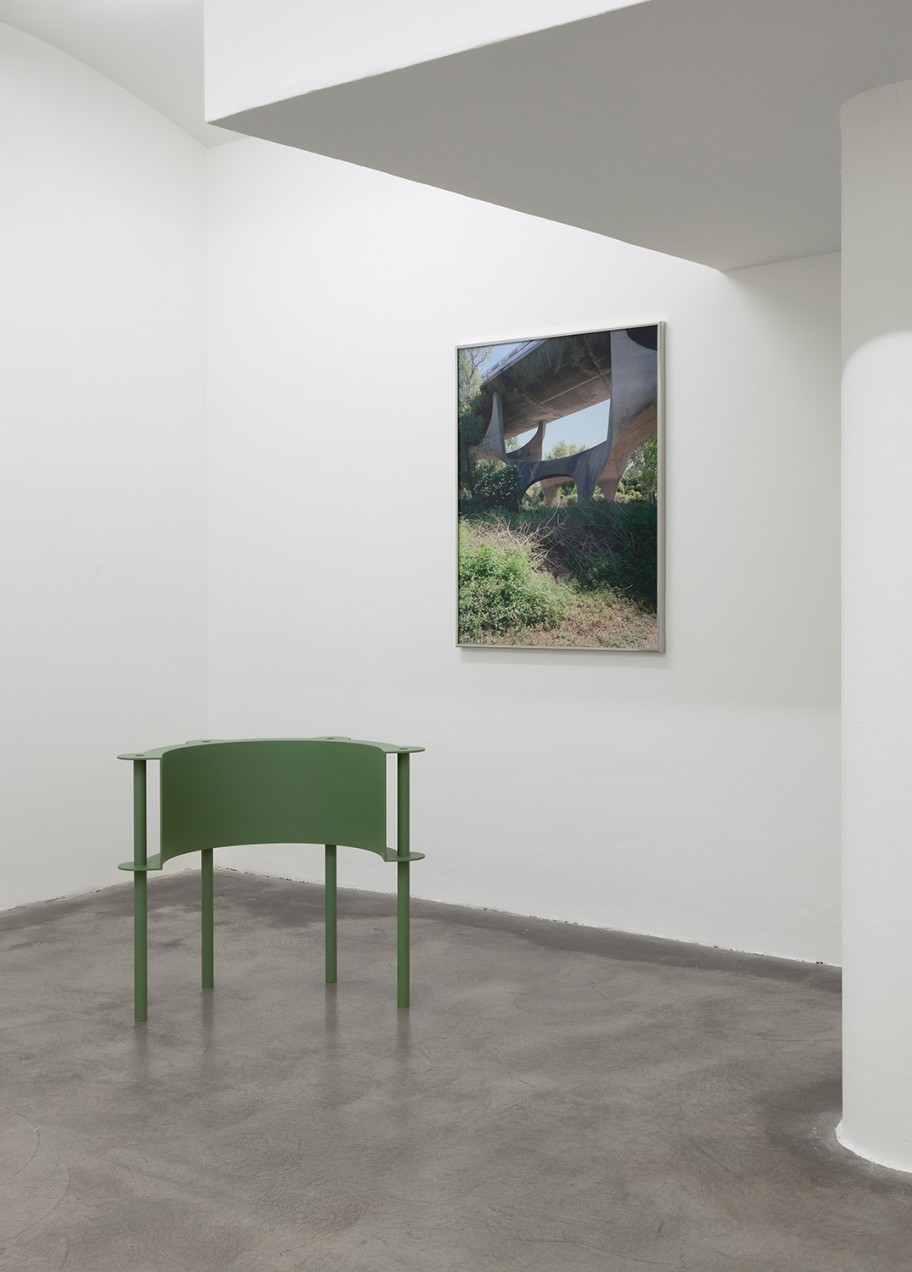 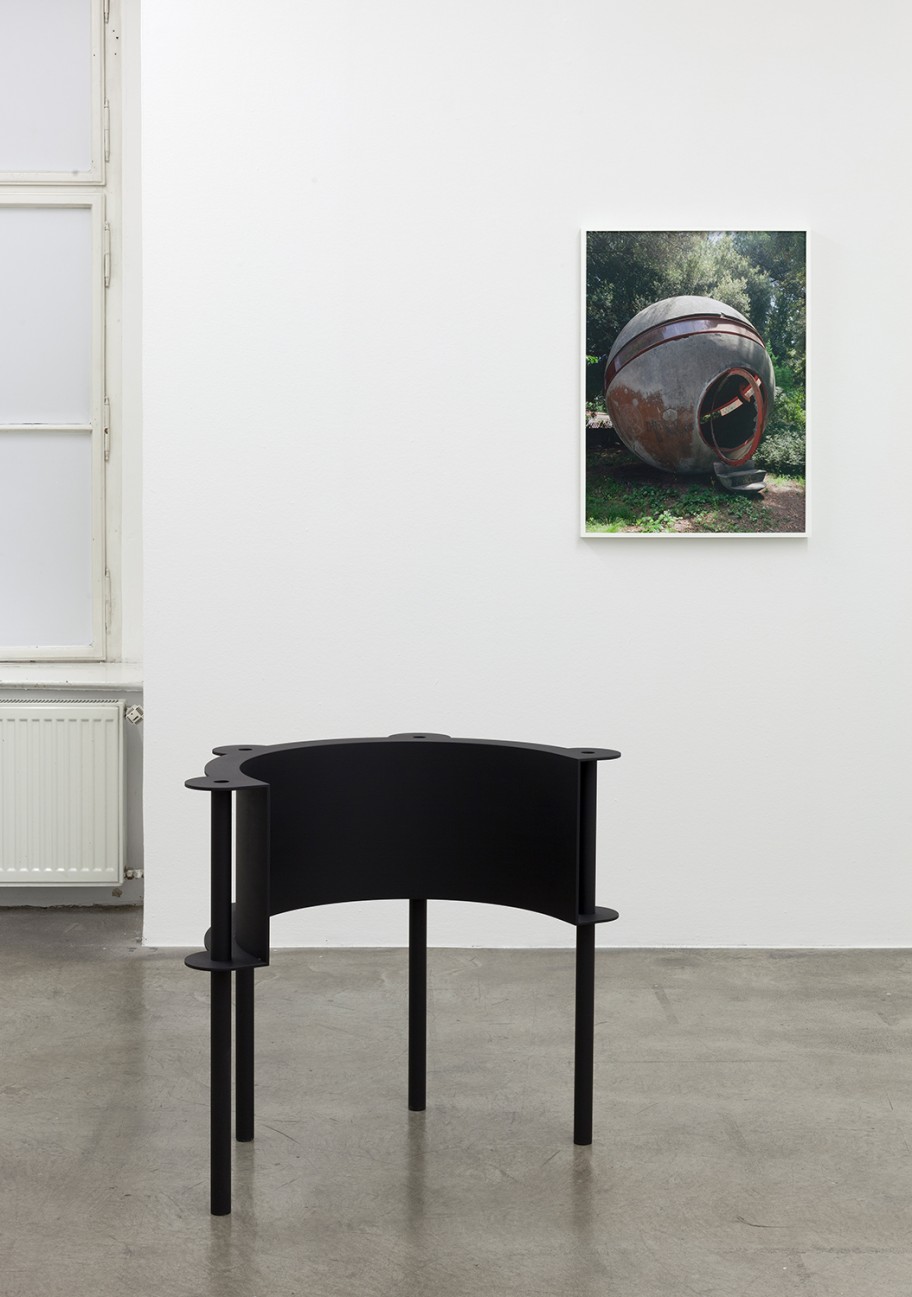 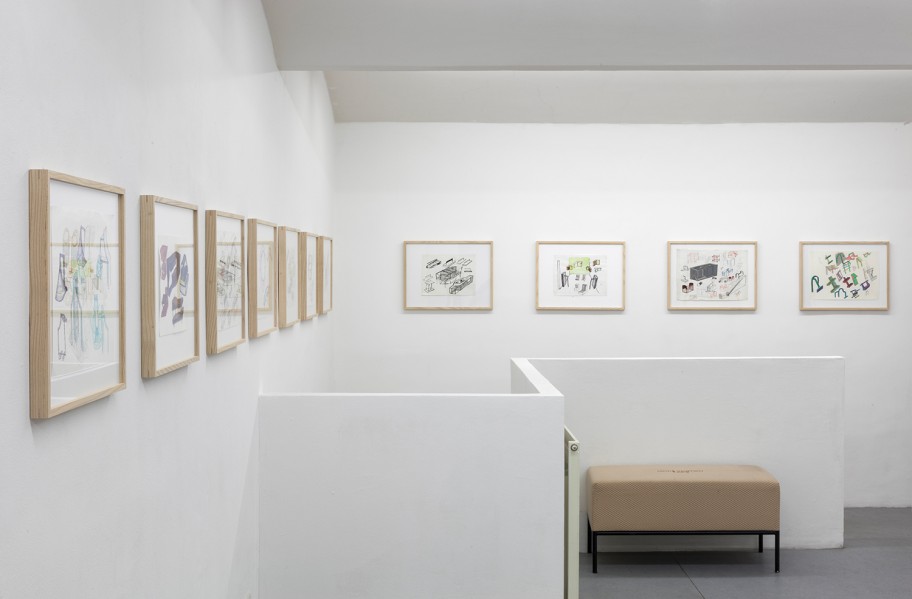 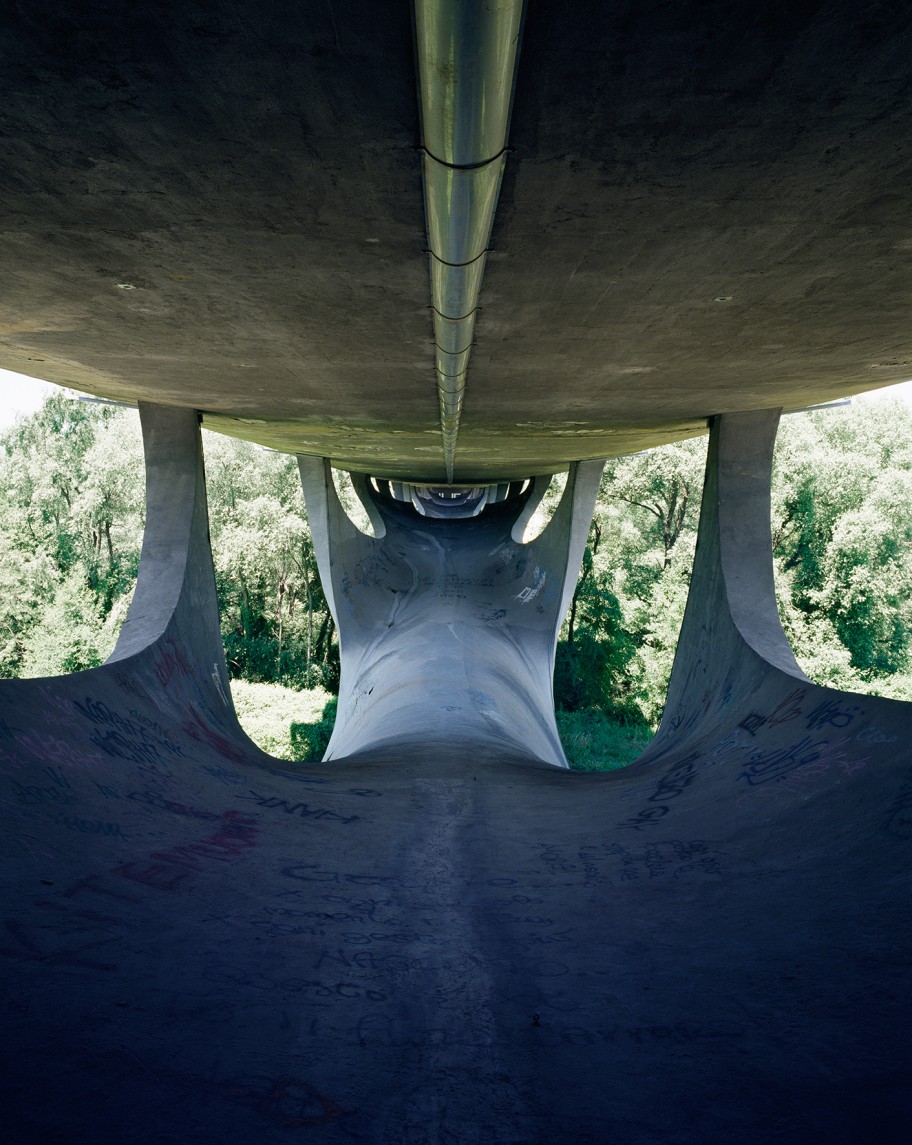 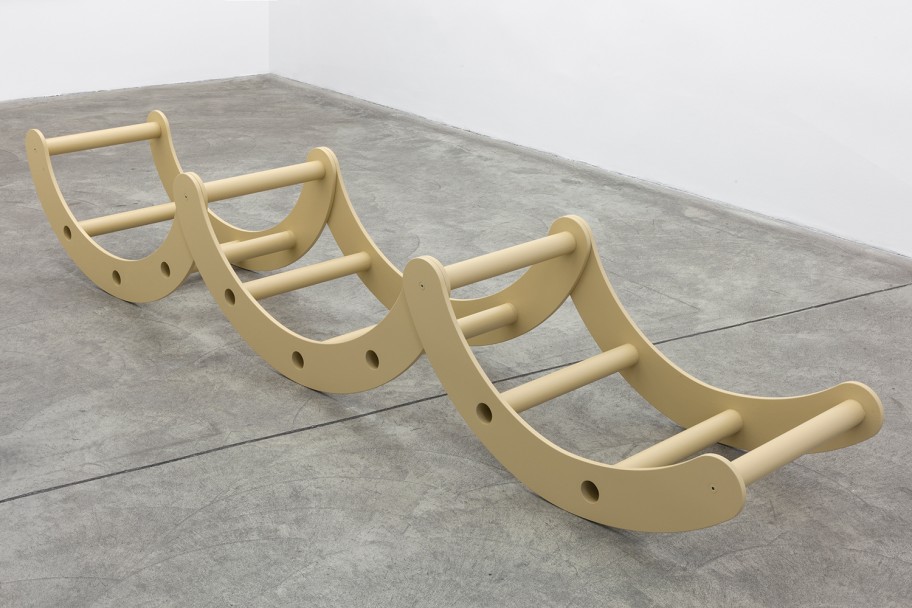 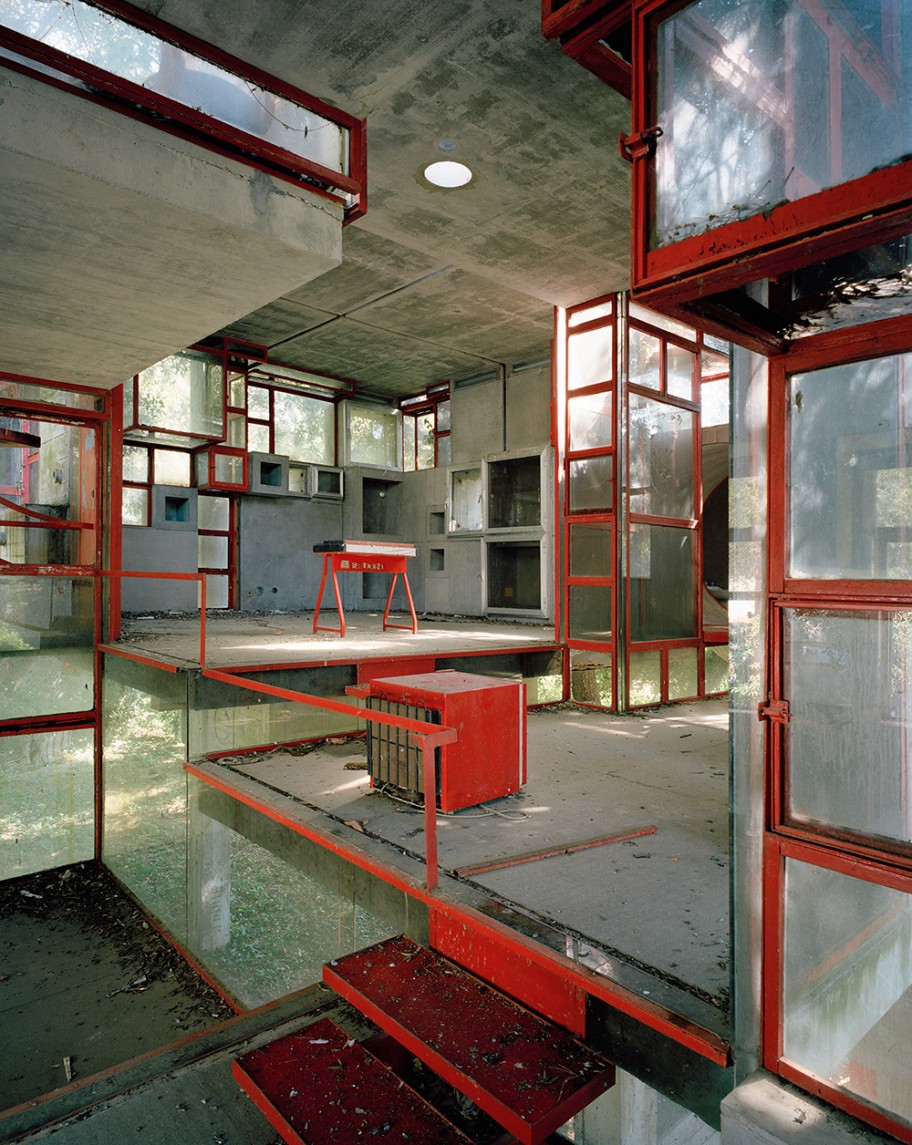 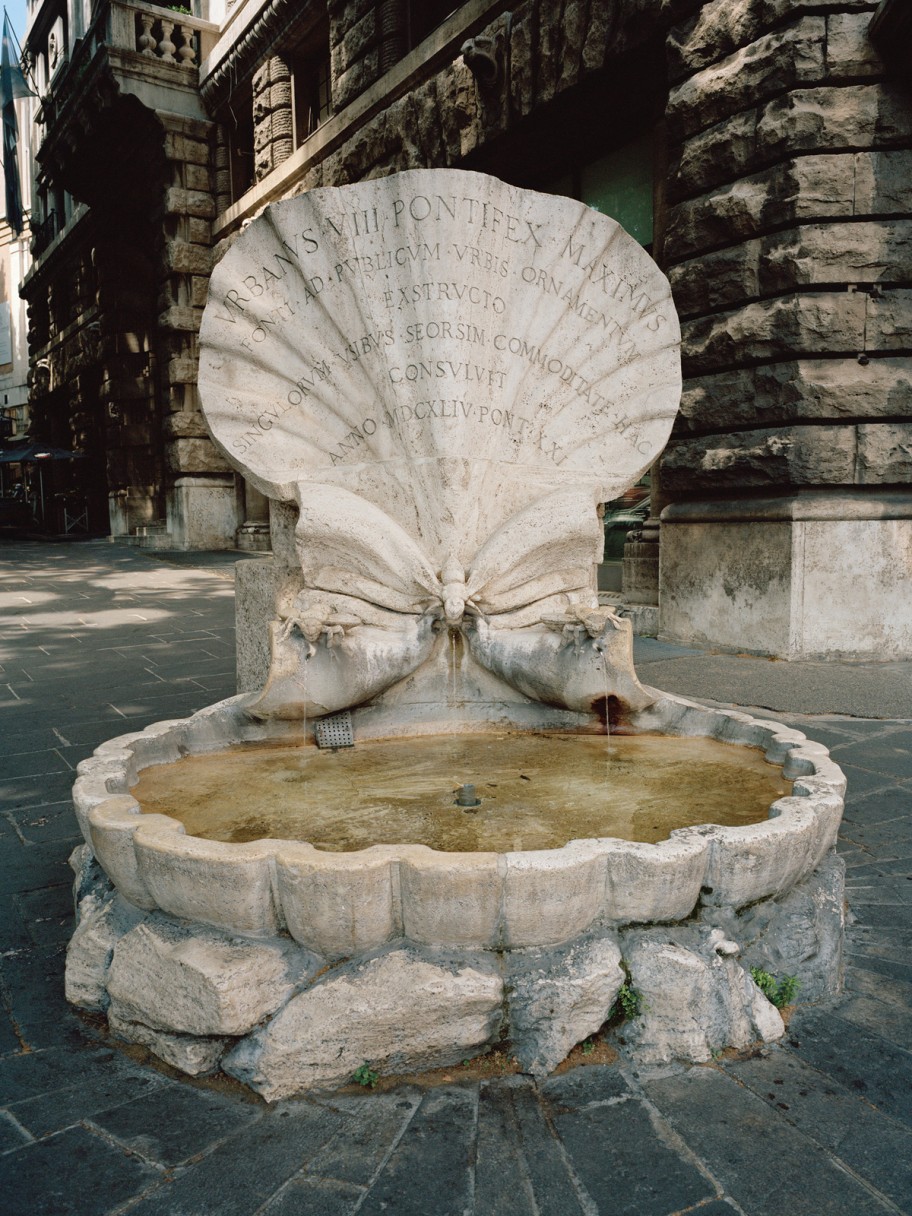 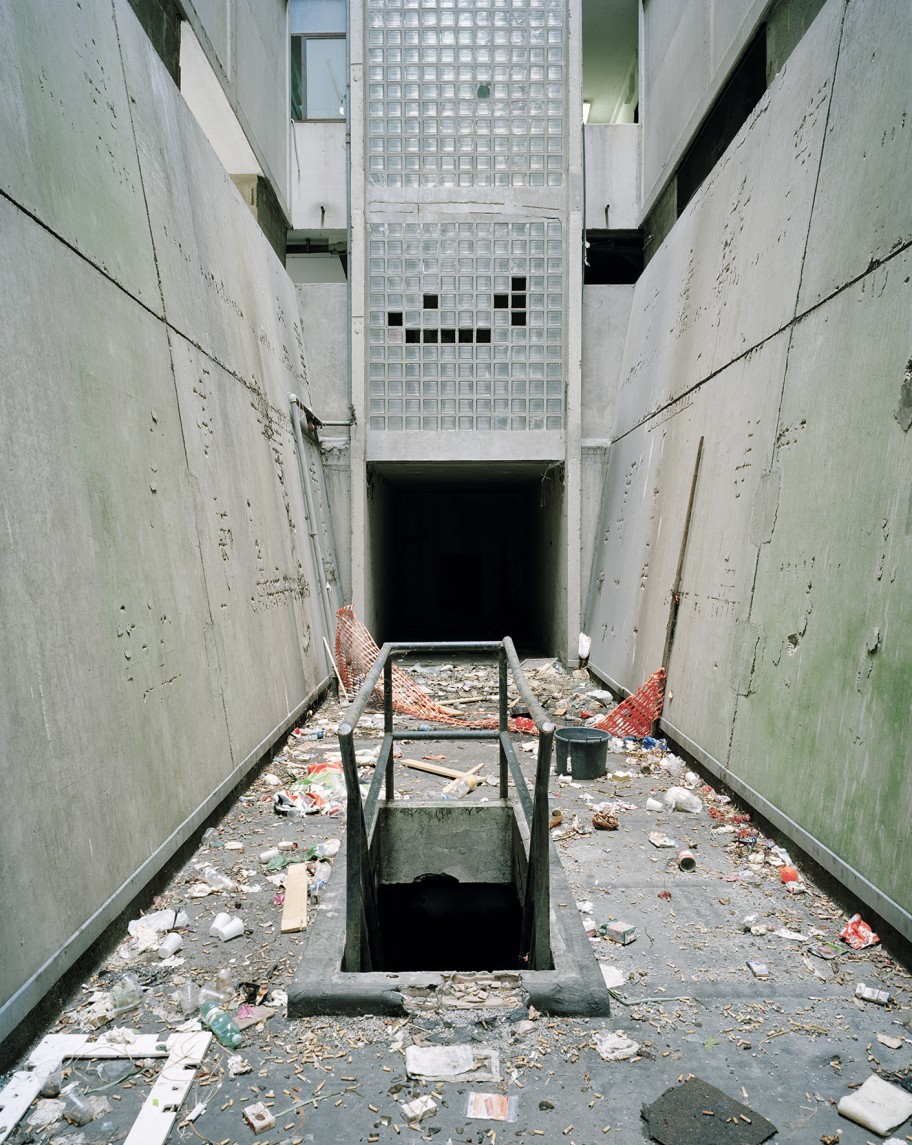 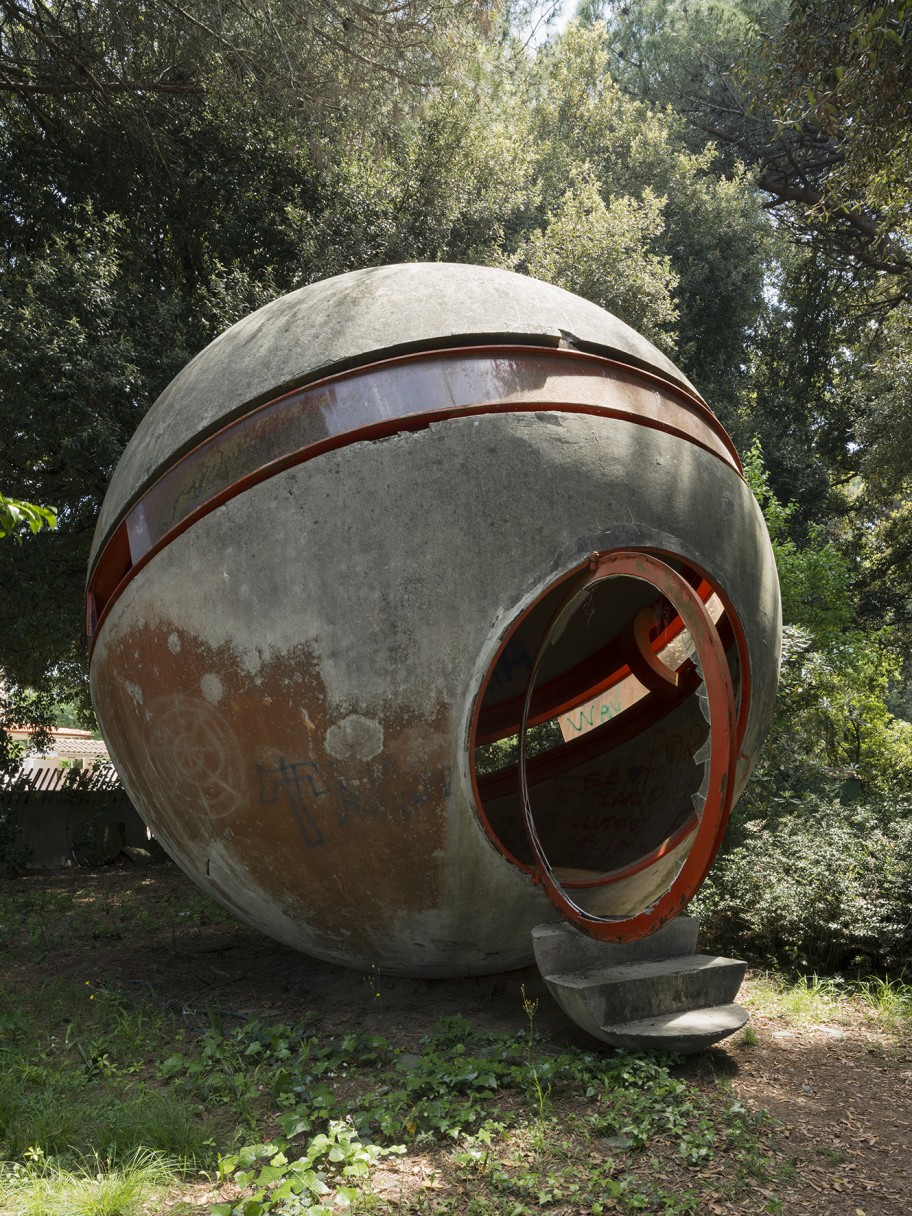 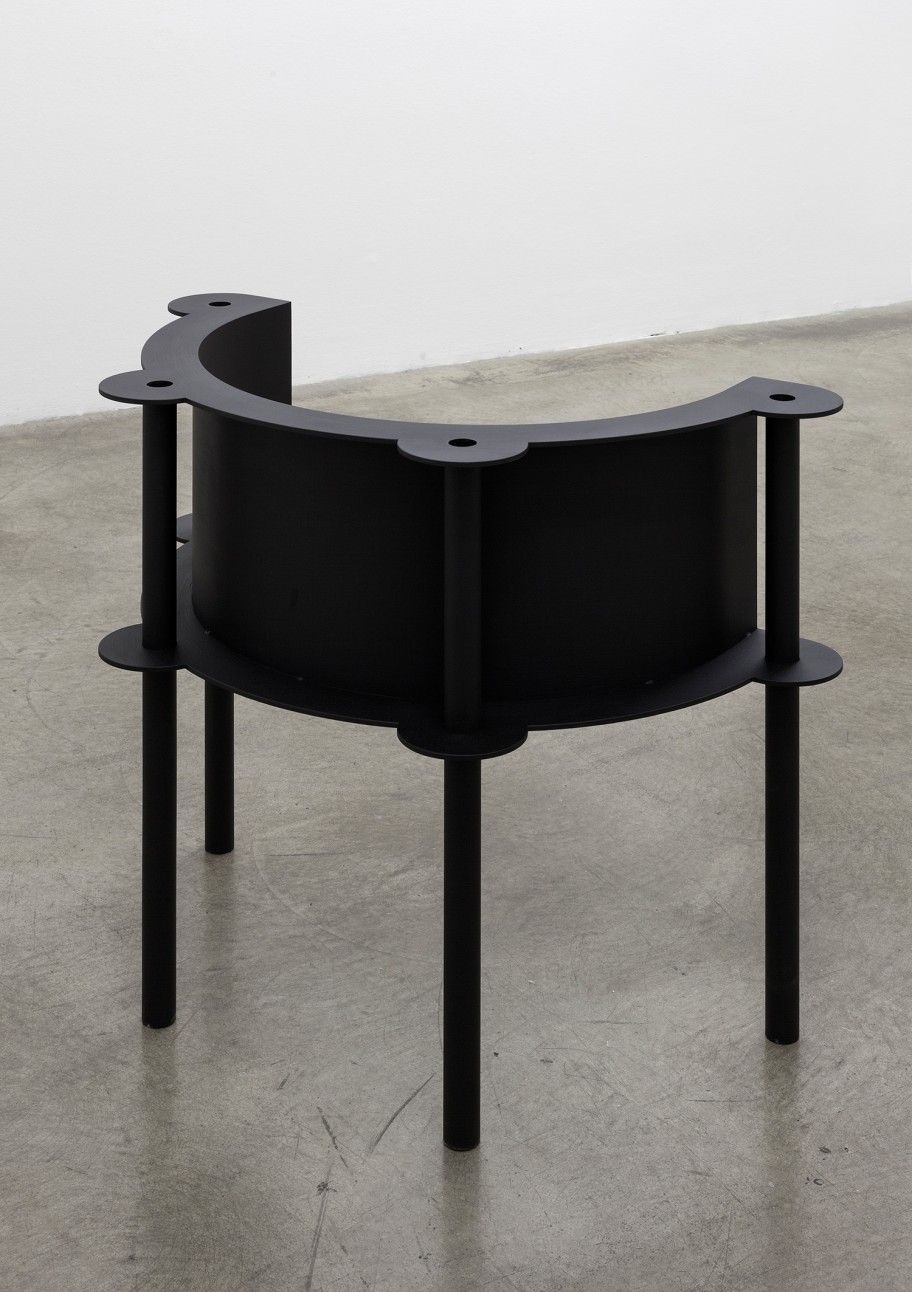 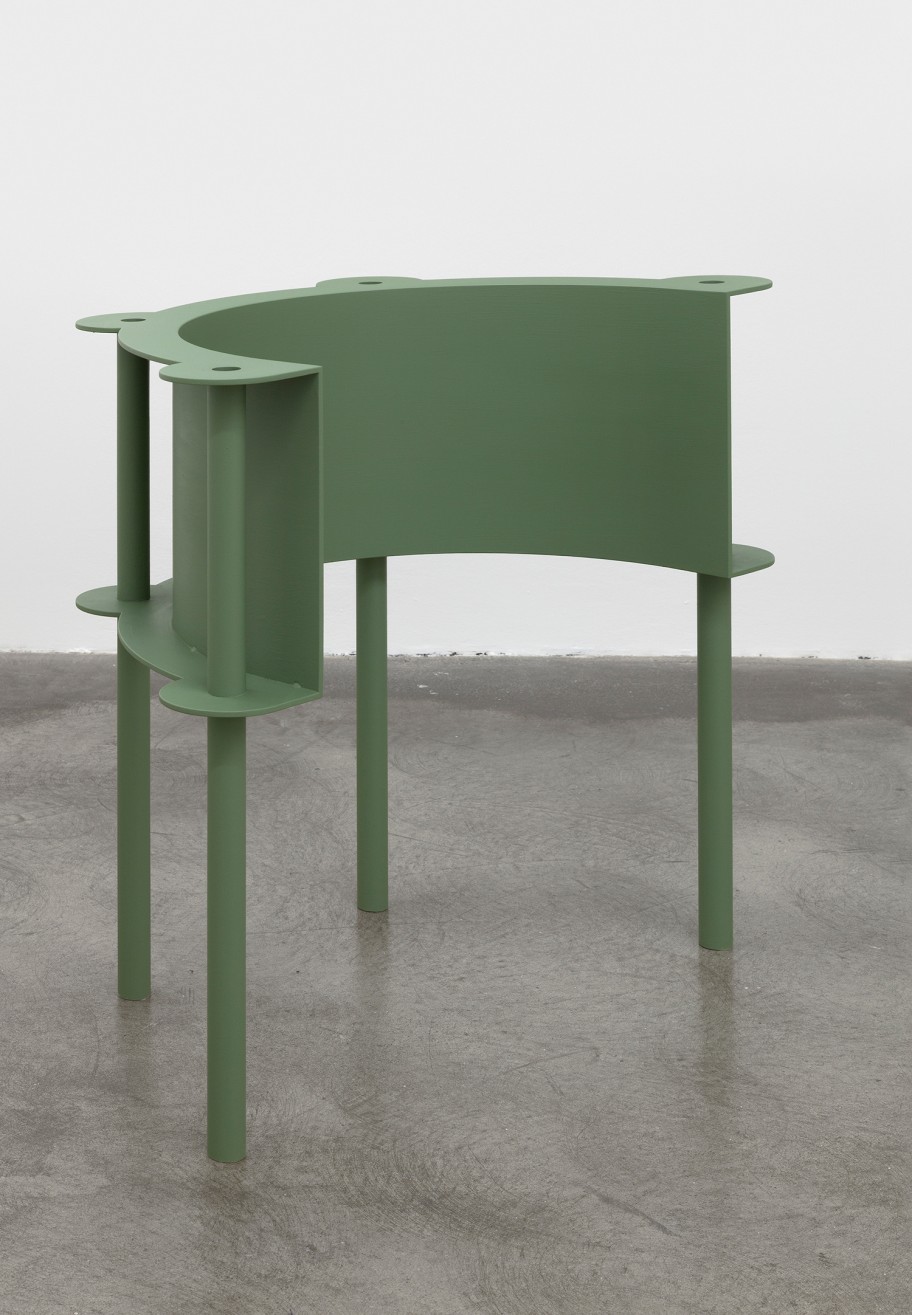 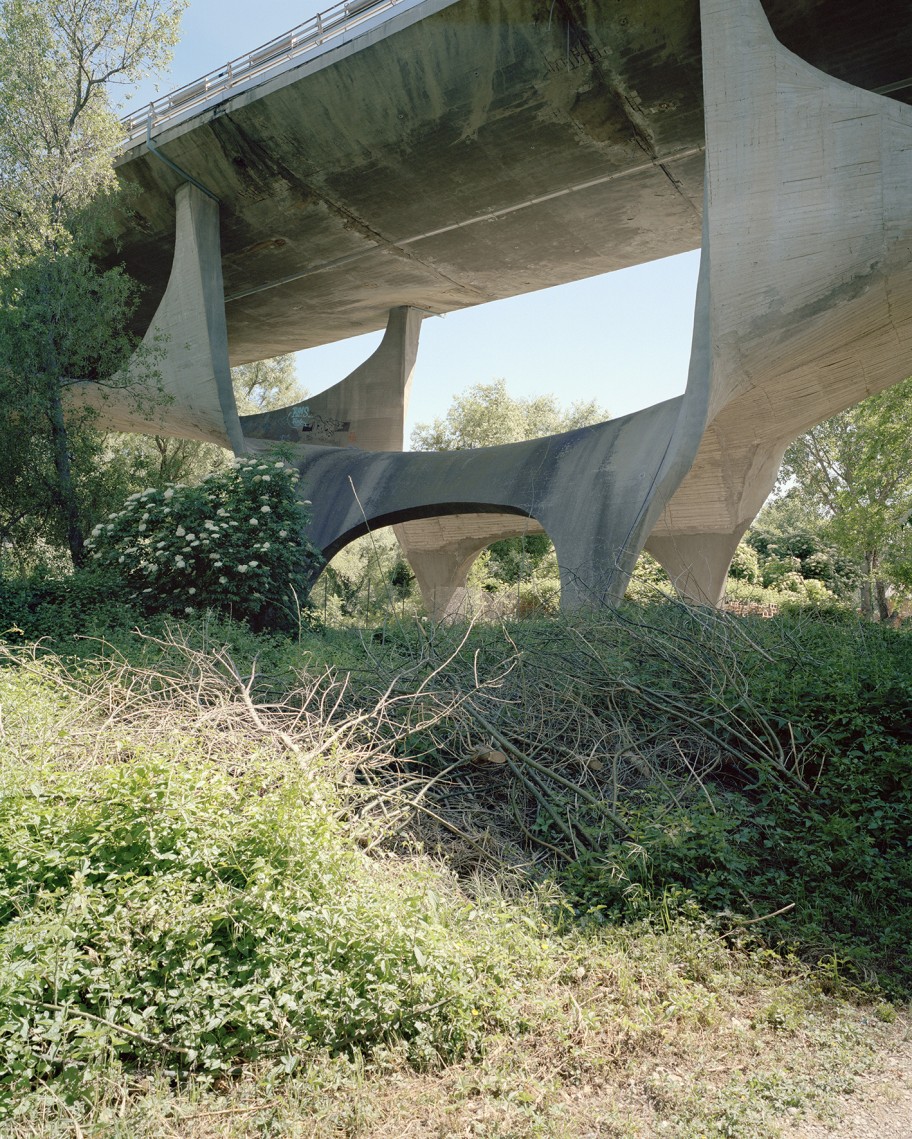 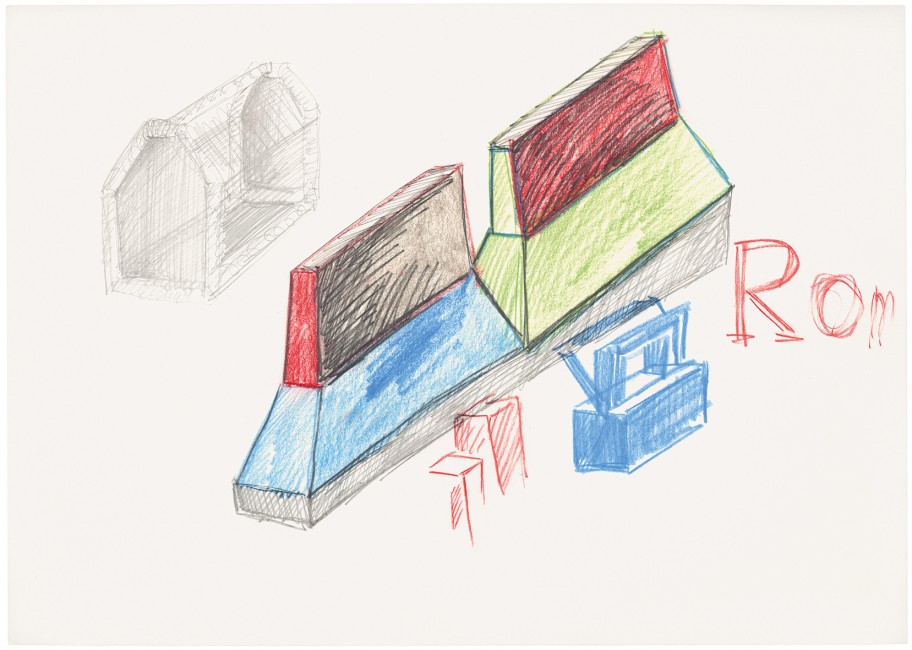 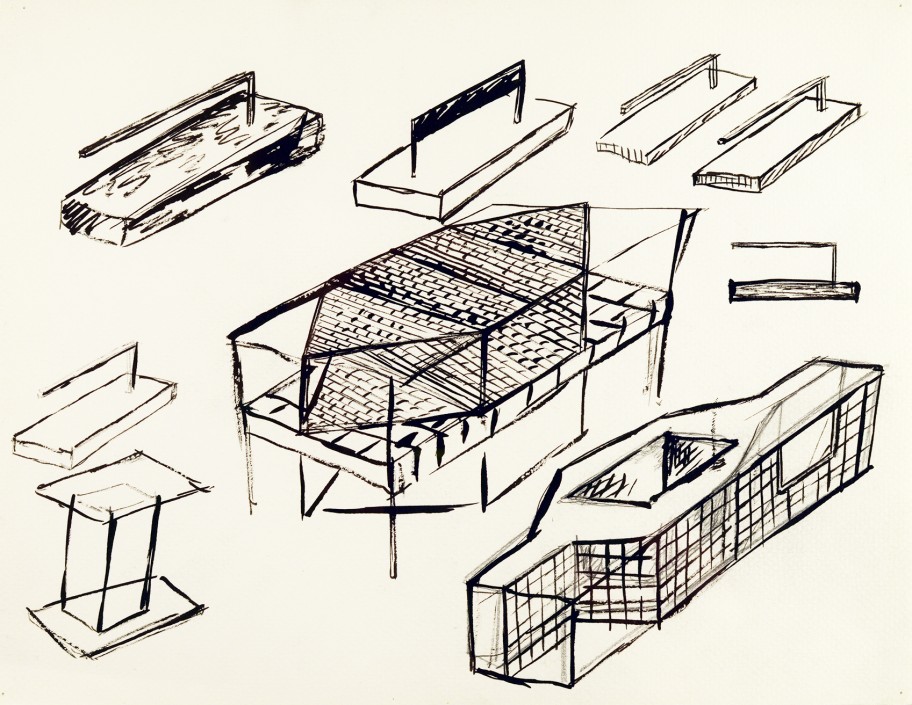 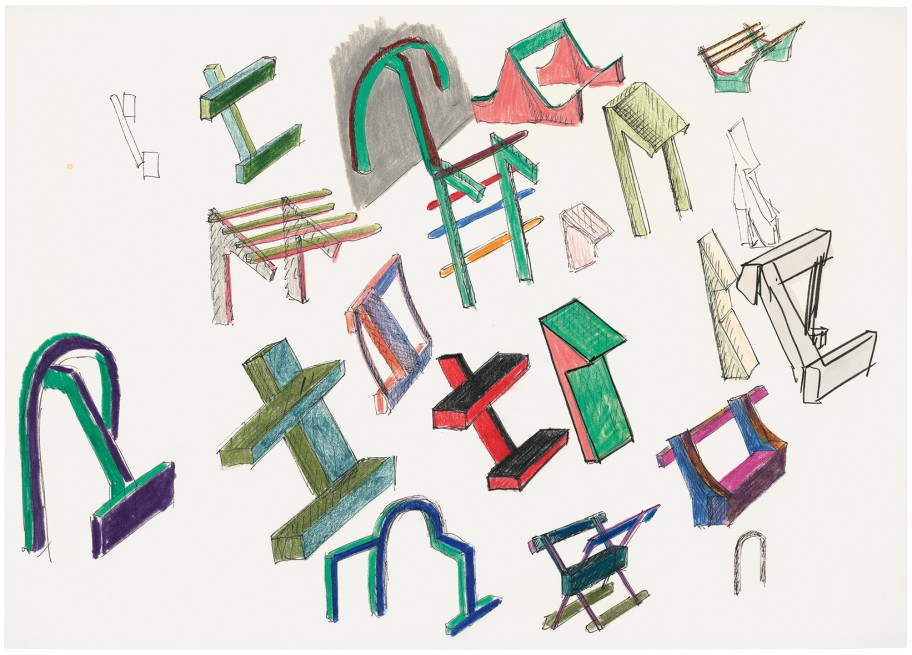 Galerie Martin Janda is showing new sculptures and photographs by Werner Feiersinger between 20 January and 27 February 2016.

A black frame structure, 5 metres in length and 2.34 metres in height, stands on the gallery’s ground floor, dividing the exhibition space. The large-scale grid allows us to look through it and at the same time changes our playground, imposing a new movement pattern upon us. Feiersinger crafts all of his objects himself. The reduced surface treatment acts against the meticulousness he applies otherwise. The steel sculptures are coated with primers – the final coat is missing, the material fades into the background.
Employing an architectural scale, Feiersinger puts his object – like a bracket – in relation to a number of sculptures and in dialogue with his photographs, amongst others with a photo work depicting a holiday home in the late 1960s in Fregene. The many glass surfaces – edged by red metal frames, contrasting the exposed concrete – give the house its character. Feiersinger is fascinated both by the rawness and the delicacy of the building; the structure echoes in his sculpture. “Often, the forms just find me, I see something and take it with me. At some point it becomes important and can resurface as a fragment or part of an object.”

Sign-like, individual sculptures are placed across the exhibition space: A seemingly fragmentary construction with a red brown coat is well-anchored on its wedge-shaped heavy pedestal; it might look like an object of utility, but it defies all functionality. Two chair-like objects, one green the other black, invite us to put ourselves in relation to them. However, there are no seating surfaces and hence no means of utilisation. “This reference to utility value, followed by its denial, makes Feiersinger’s sculptures comical and uncanny at the same time.” (Jörg Heiser)

The multi-layered references and the metaphoricity of Feiersinger’s objects equally apply to his photographs. The artist has been exploring specific buildings in modern architecture for a long time. Besides Le Corbusier’s work he has been particularly interested in Italy’s post-war modern architecture, with the sculptor’s view always at the forefront:
On the expressive-plastic bridge designed by Sergio Musmeci (built 1971–1975; 287 metres long, 16 metres wide) that appears like a large-scale organically formed sculpture; on volumes, materials and surfaces such as the brutalist housing block Corviale in southwest Rome, spanning a length of nearly one kilometre, built as a vision of a vertical town. Feiersinger’s photograph of a light shaft, however, is not primarily about the state of dilapidation but rather the equality of materials – “Concrete, glass, debris mould into one, become a single state of matter.” (Werner Feiersinger)

The artist contrasts the relentlessness of this concrete brutalism with a shot of a baroque fountain sculpture by Bernini: The open shell shaped Fontana delle Api caught Feiersinger’s interest with its metaphoric and sculptural language – the object as a vessel, the mimesis, the imitation of stones as the subject of a stone sculpture. Similar to his objects, Feiersinger’s photographs undergo a transformation process as well, reflecting his sculptural work and acting as a counterpart alike.
A curved ladder object, primed beige, rests on the floor. Having been transformed from a level of functionality to playfulness, it can no longer be utilised. Just like a wave dancing in a room, it is free of any functionality.

Werner Feiersinger, born in 1966 in Brixlegg, lives and works in Vienna.