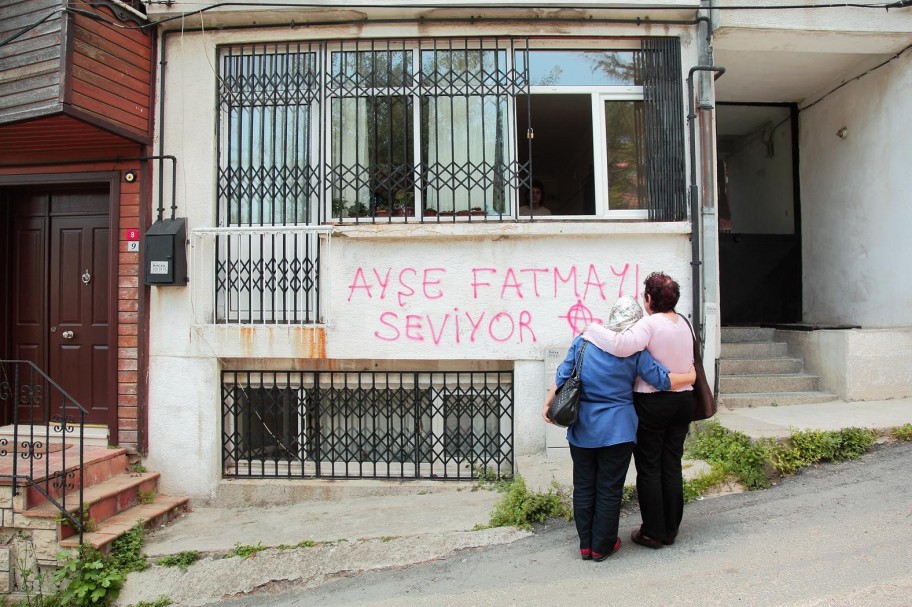 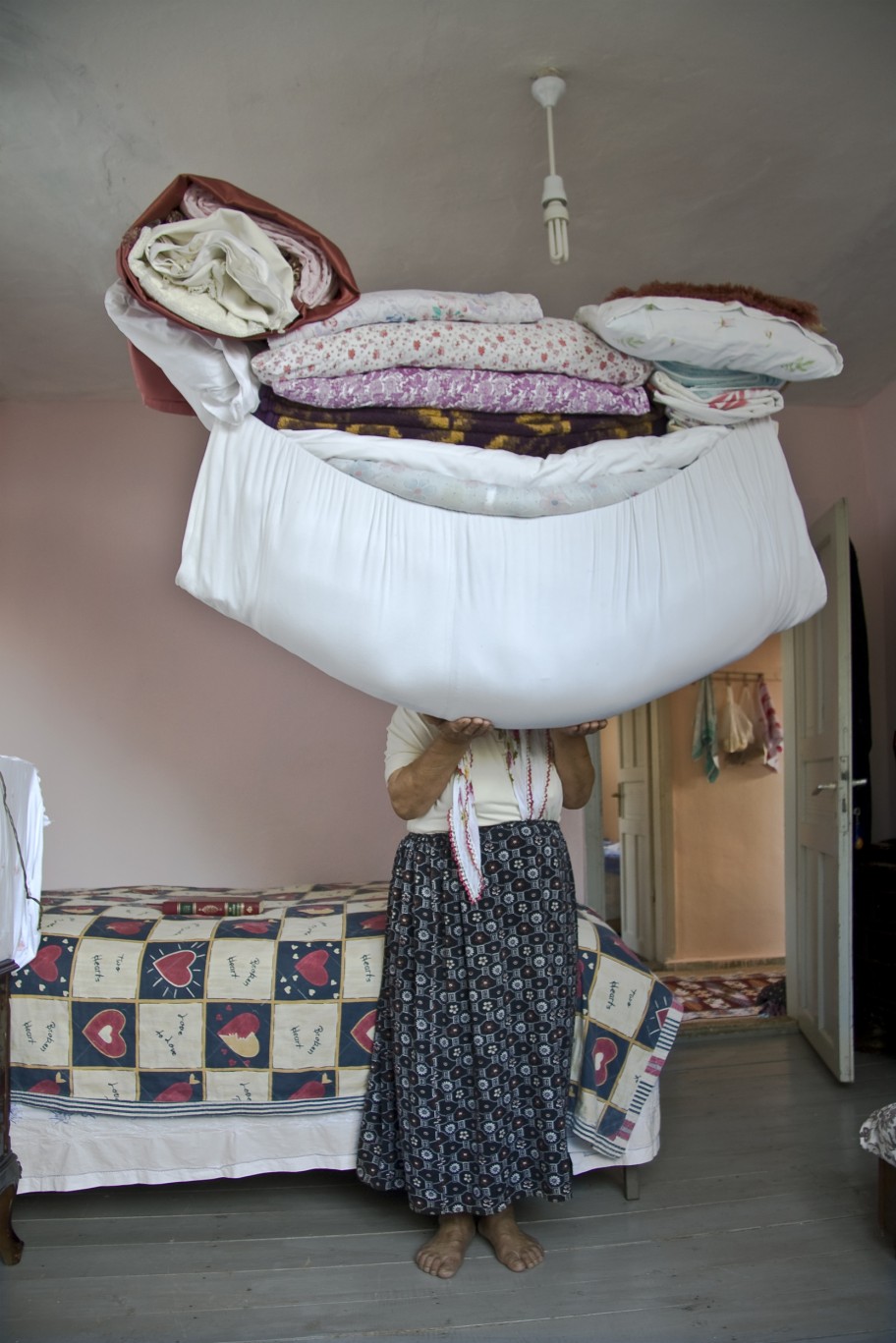 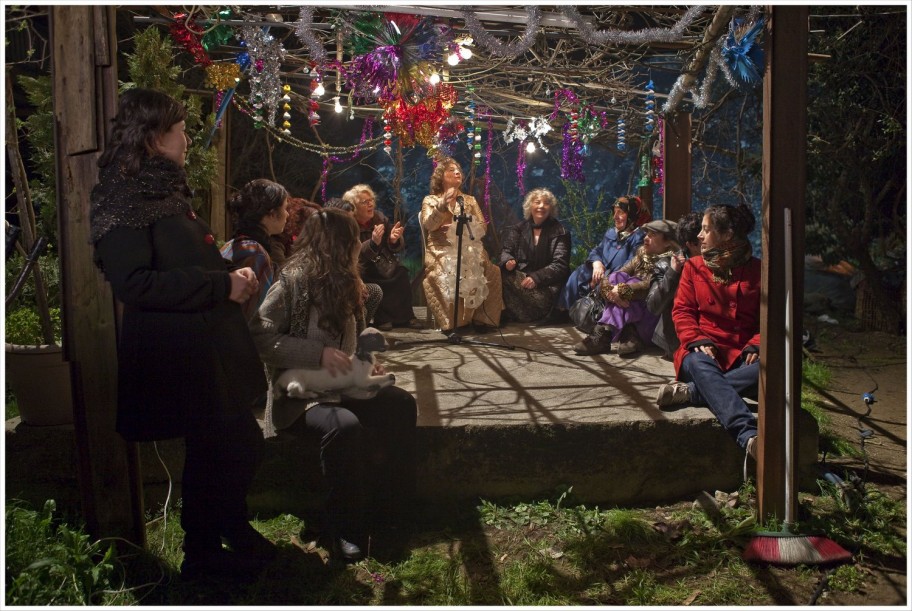 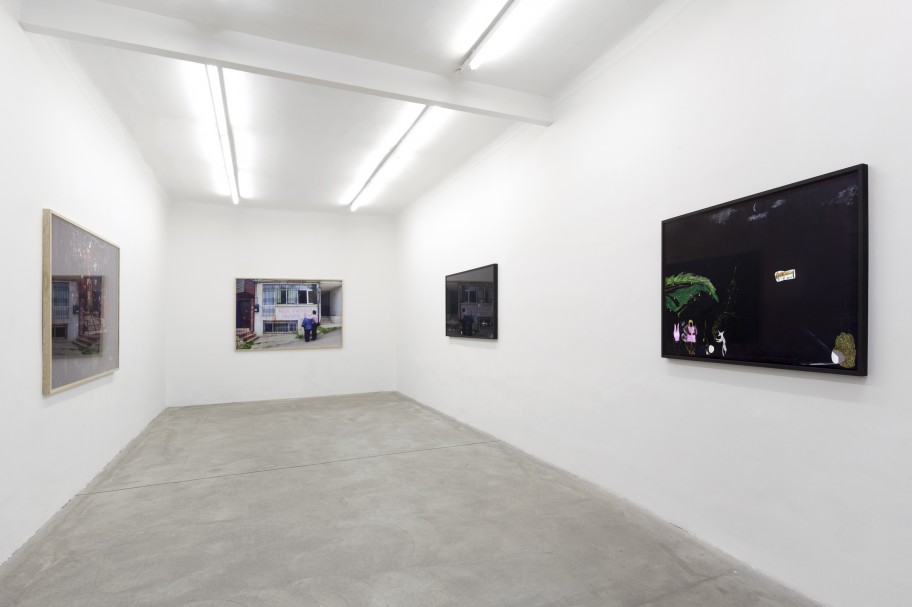 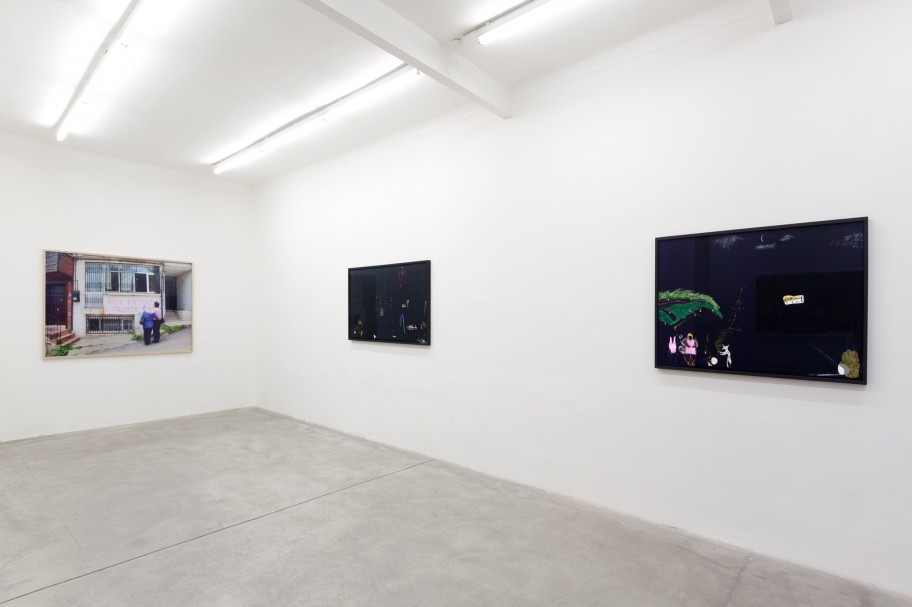 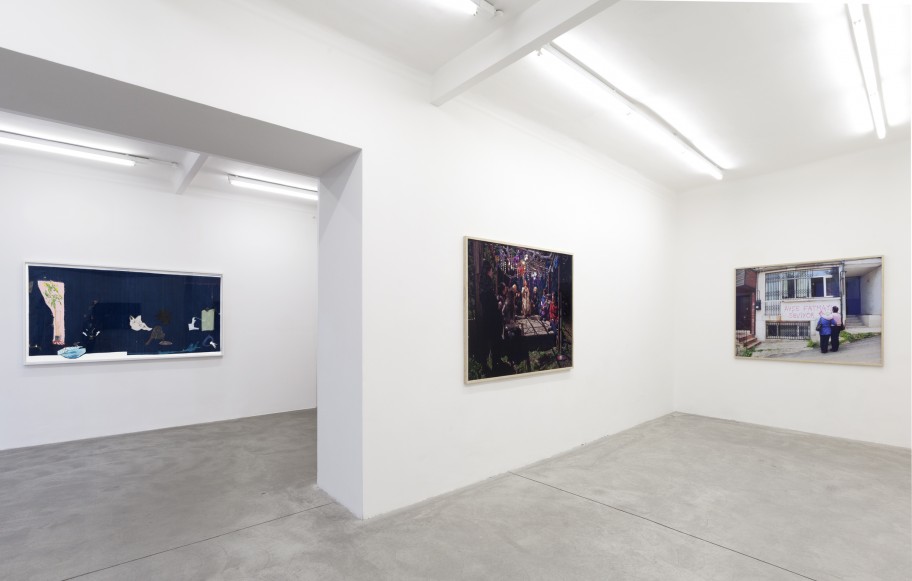 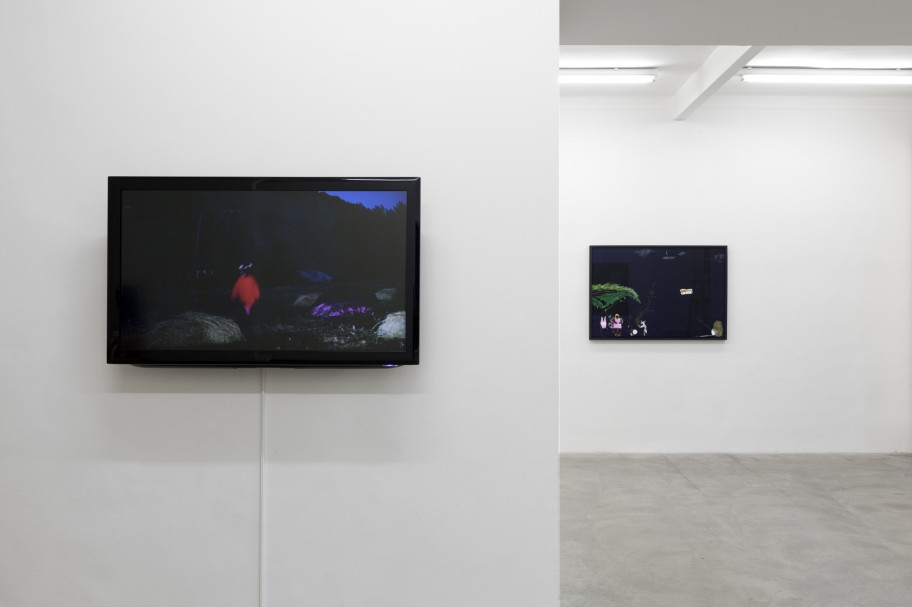 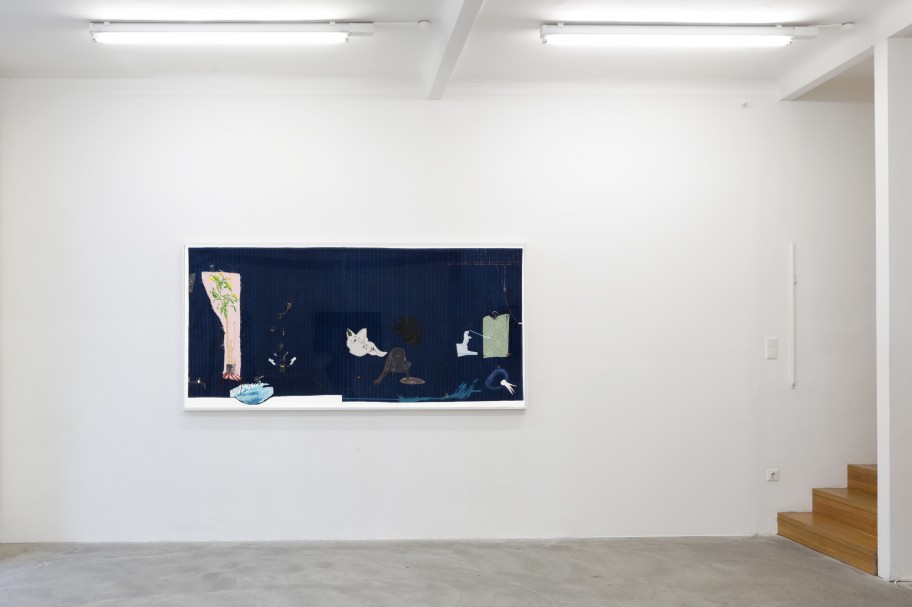 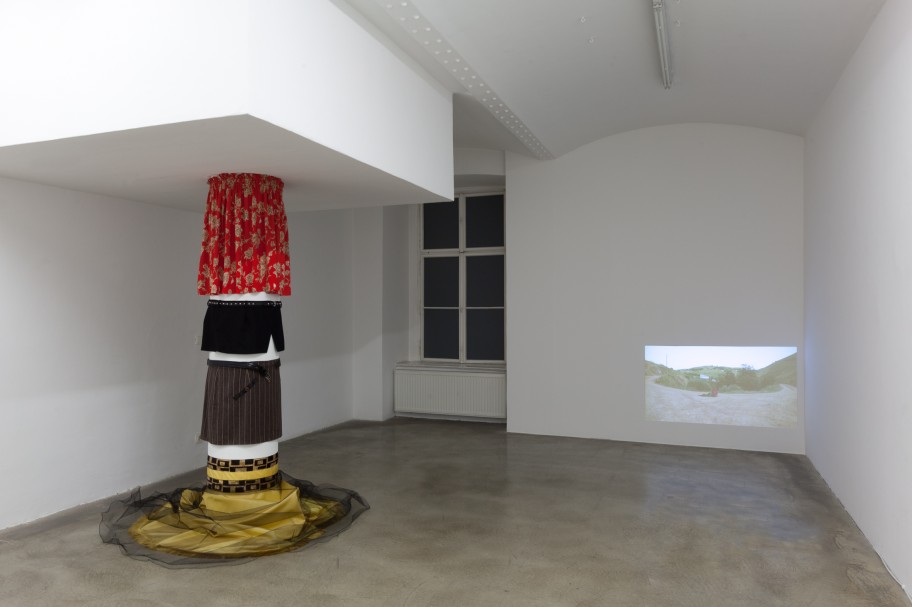 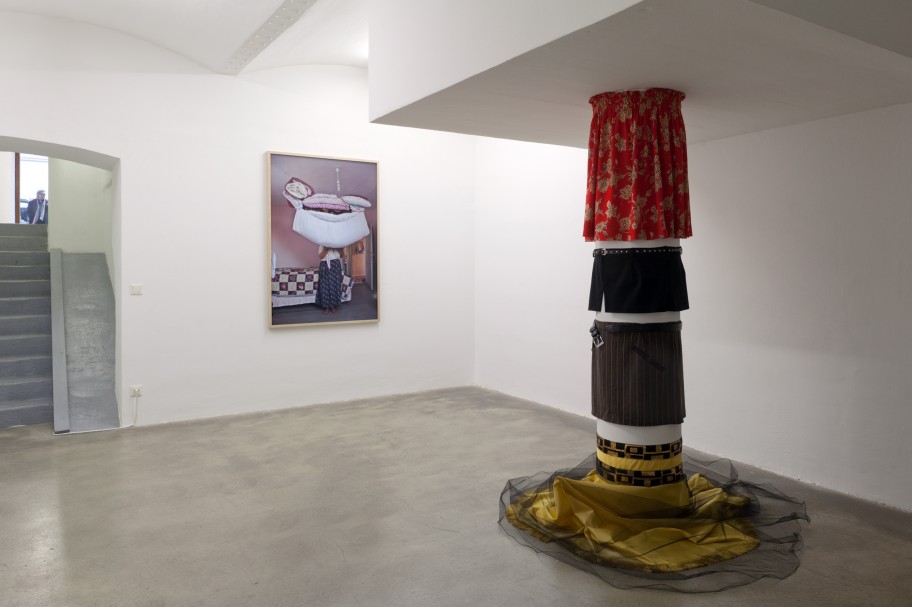 Nilbar Güreş offers her observers seemingly direct access that takes on varyingly playful, poetic or even ironic characteristics. However, hidden in the background are social-political constructs that can coalesce to depict individual destinies. In her large-format photographs, Güreş investigates, for example, the meaning of homosexual love in a society dominated by patriarchal structures (Ayse loves Fatma, 2011), or the narrowly apportioned, clearly defined societal framework for women (Overhead, 2010), and focuses on gender and cultural identities. Seemingly every day events are staged to resemble cinematic stills. The use of provocative gestures and their significance only becomes apparent when the cultural background is revealed.

Nilbar Güreş transfers her questioning approach toward identity and traditional gender roles to the medium of collage using an expanded range of formal tools. In her delicate collages she brings together a number of techniques, such as drawing, embroidery, appliqué and painting, on a background of large-sized, dark-coloured fabric. The scenes depicted, however, offer up less of a narration than her photography; instead, she treats figures and objects like moveable pieces of scenery. It is only when the observer follows the individual depictions and scenes that a thematically cohesive narrative emerges encompassing not only broader social-political issues, but also the problems associated with specific, precarious artistic production.

Nilbar Güreş, born in Instanbul, Turkey, in 1977, lives and works in Vienna, Istanbul and New York.