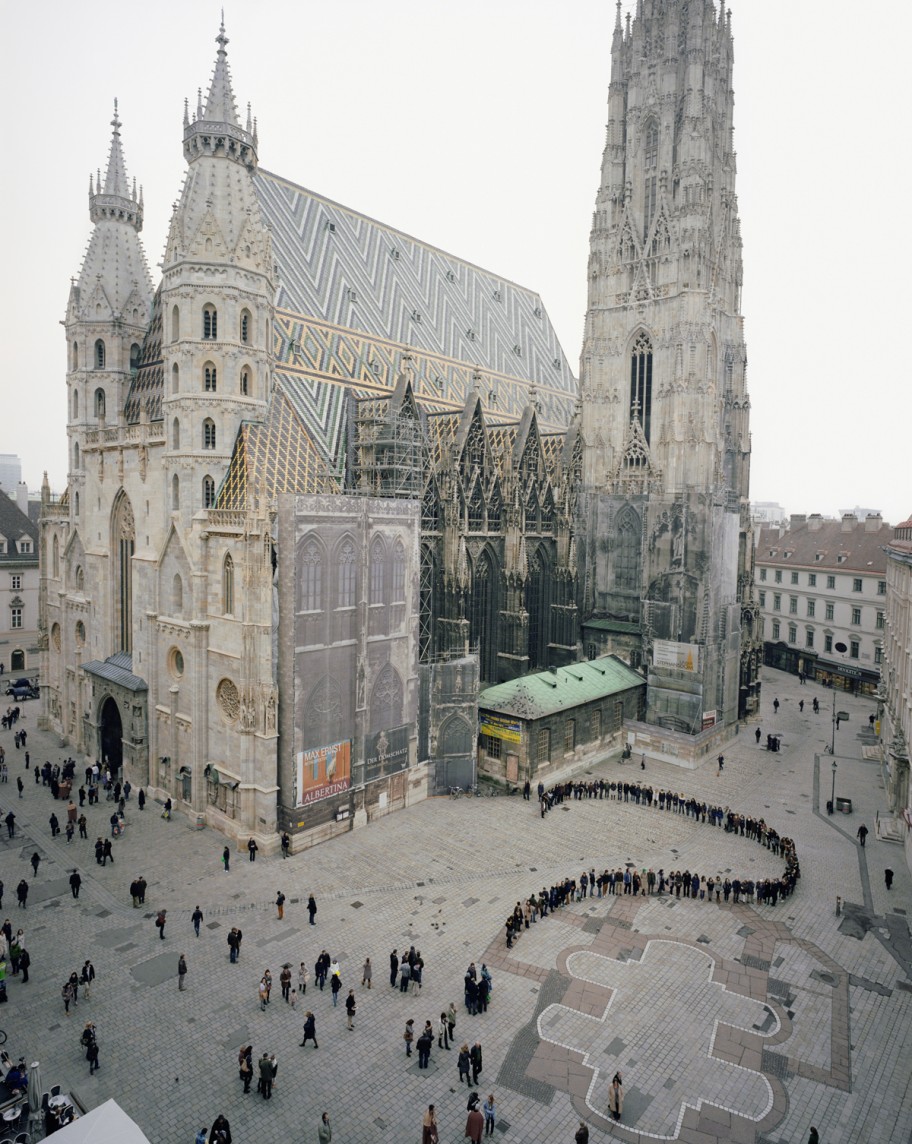 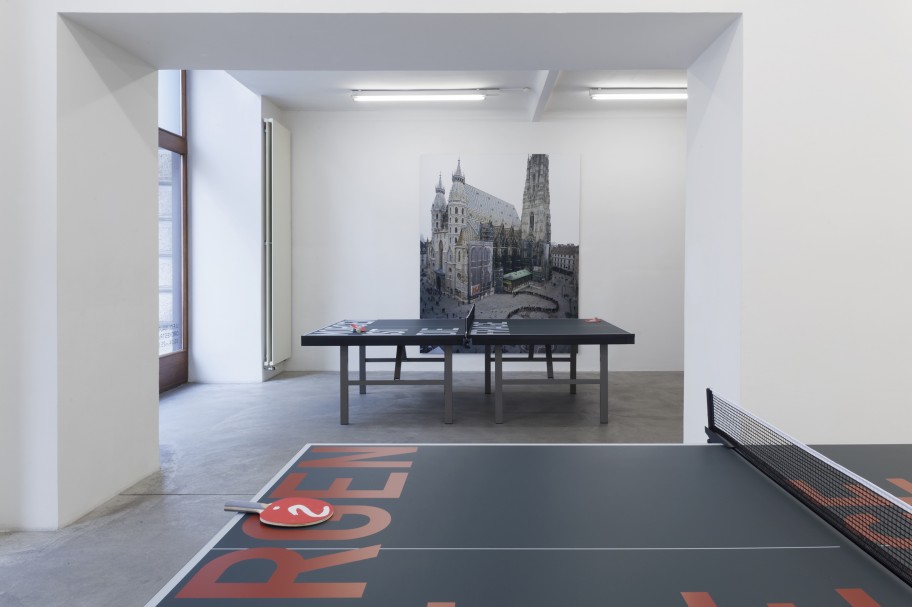 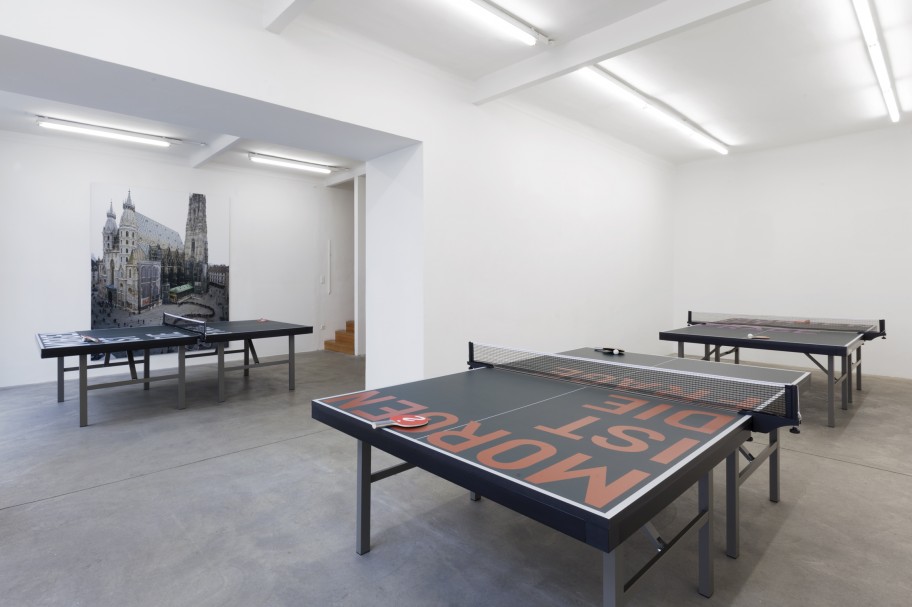 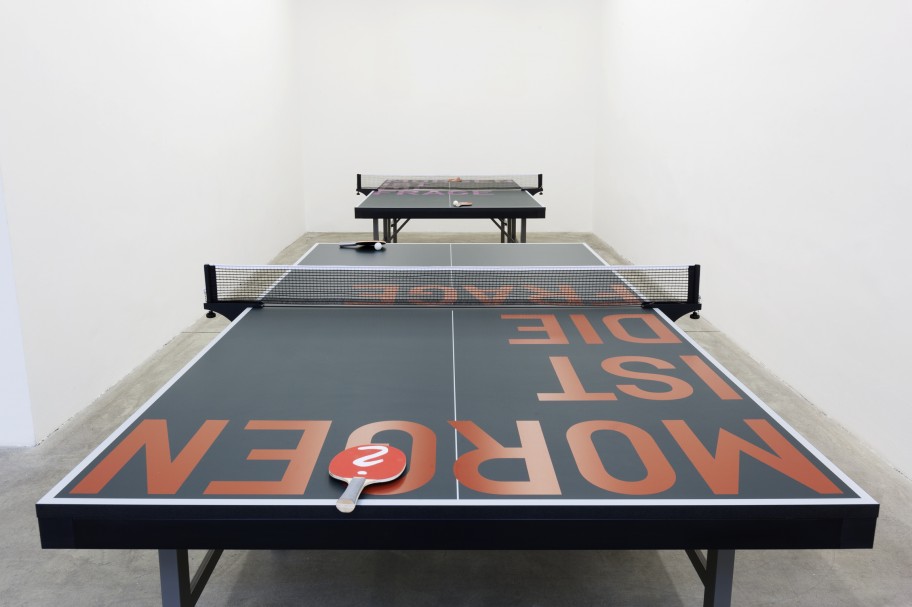 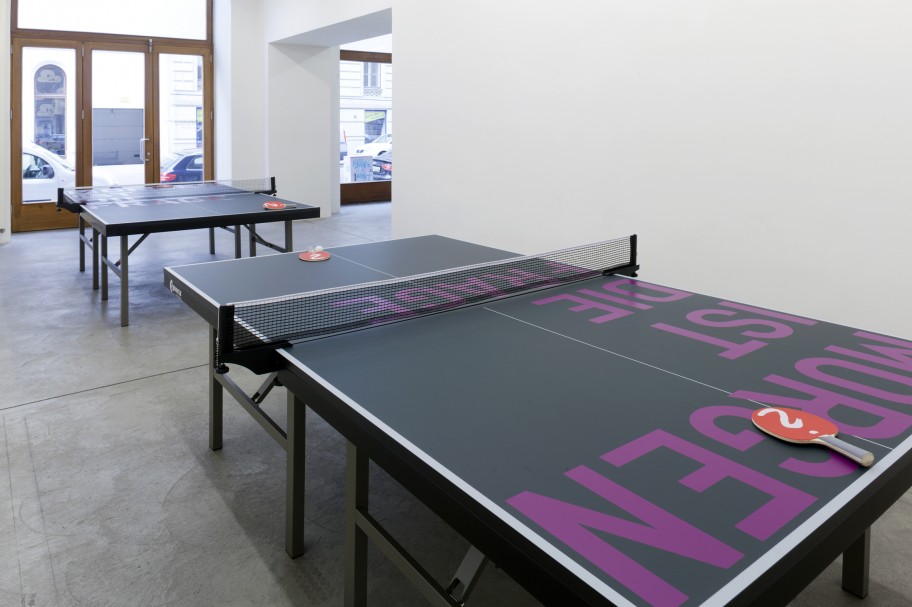 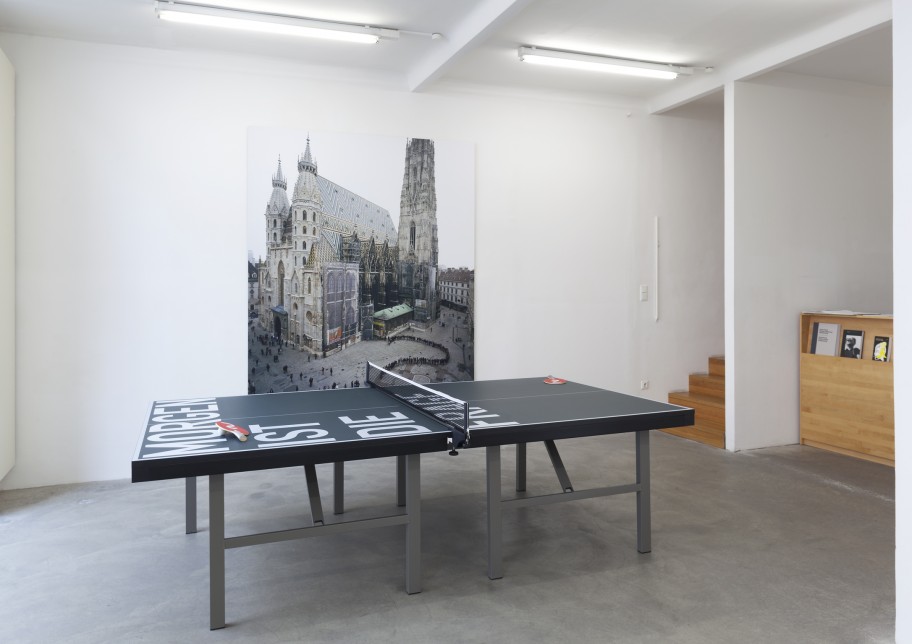 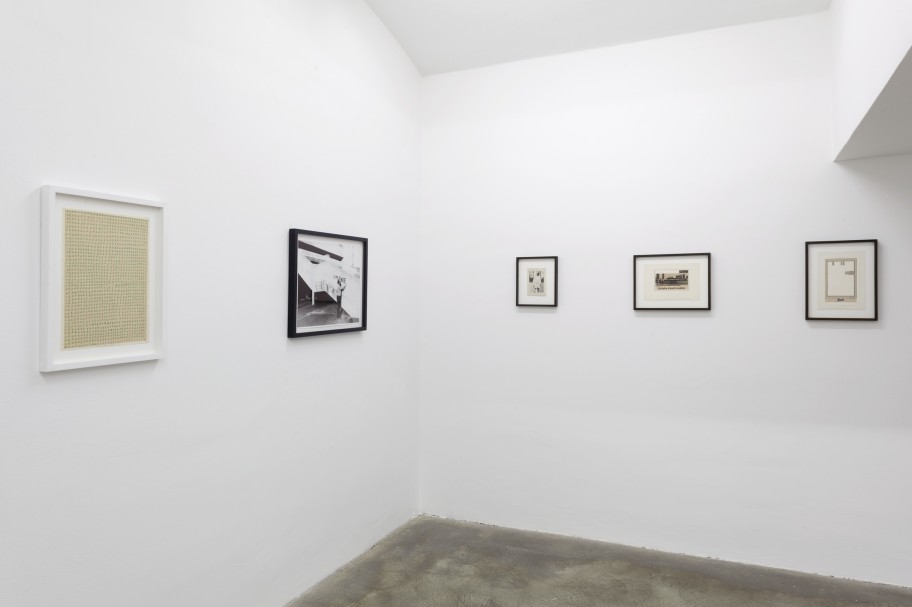 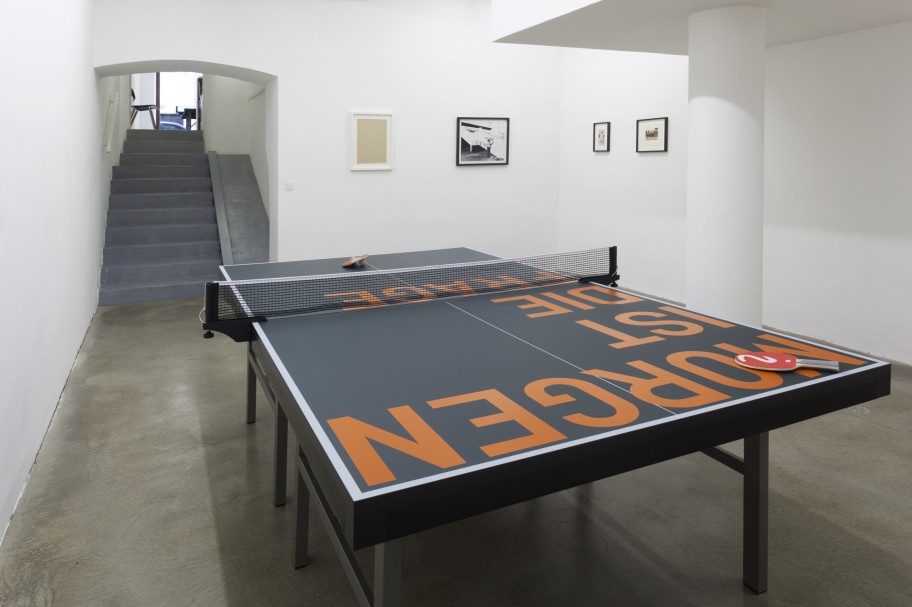 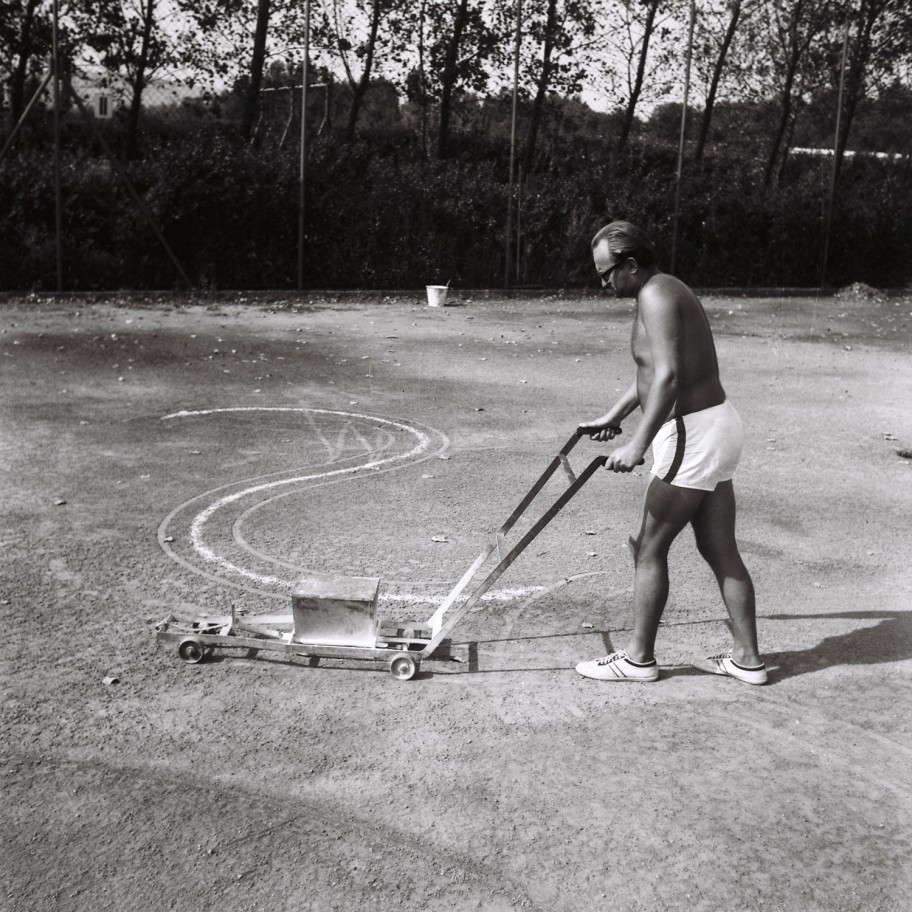 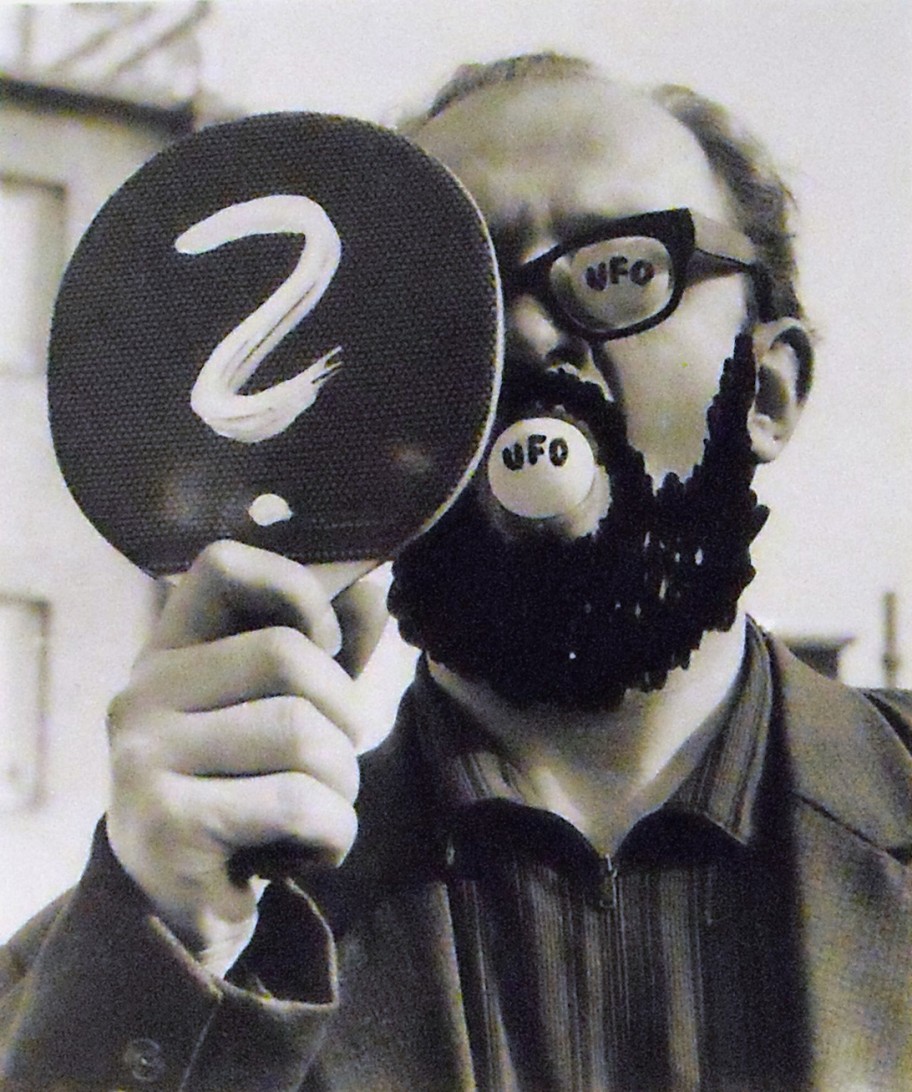 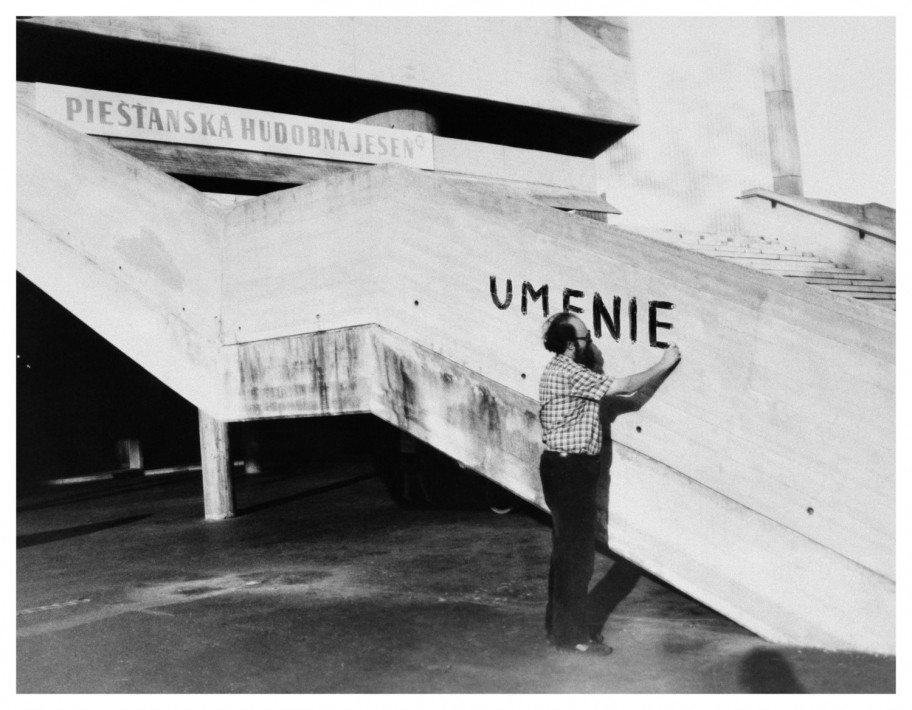 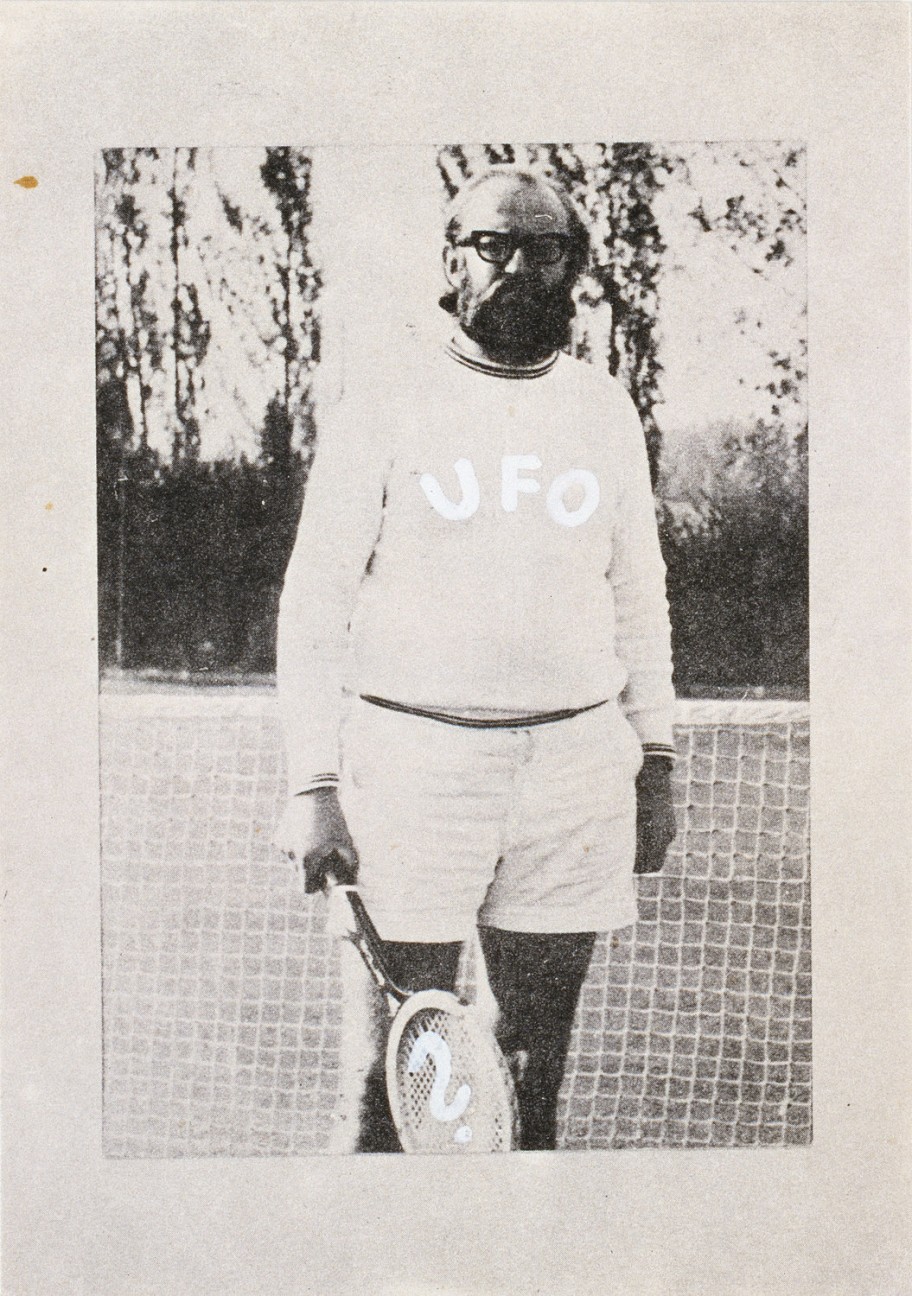 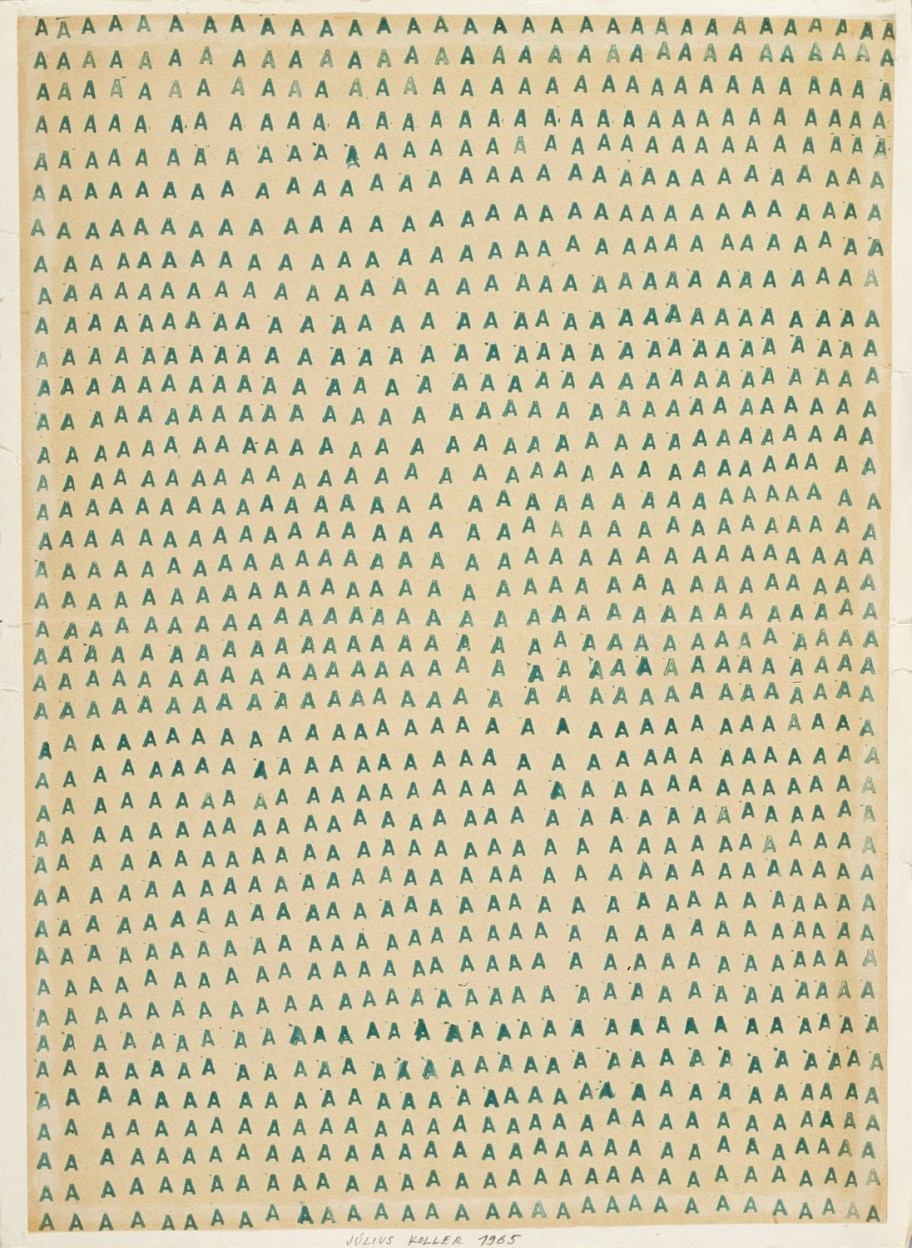 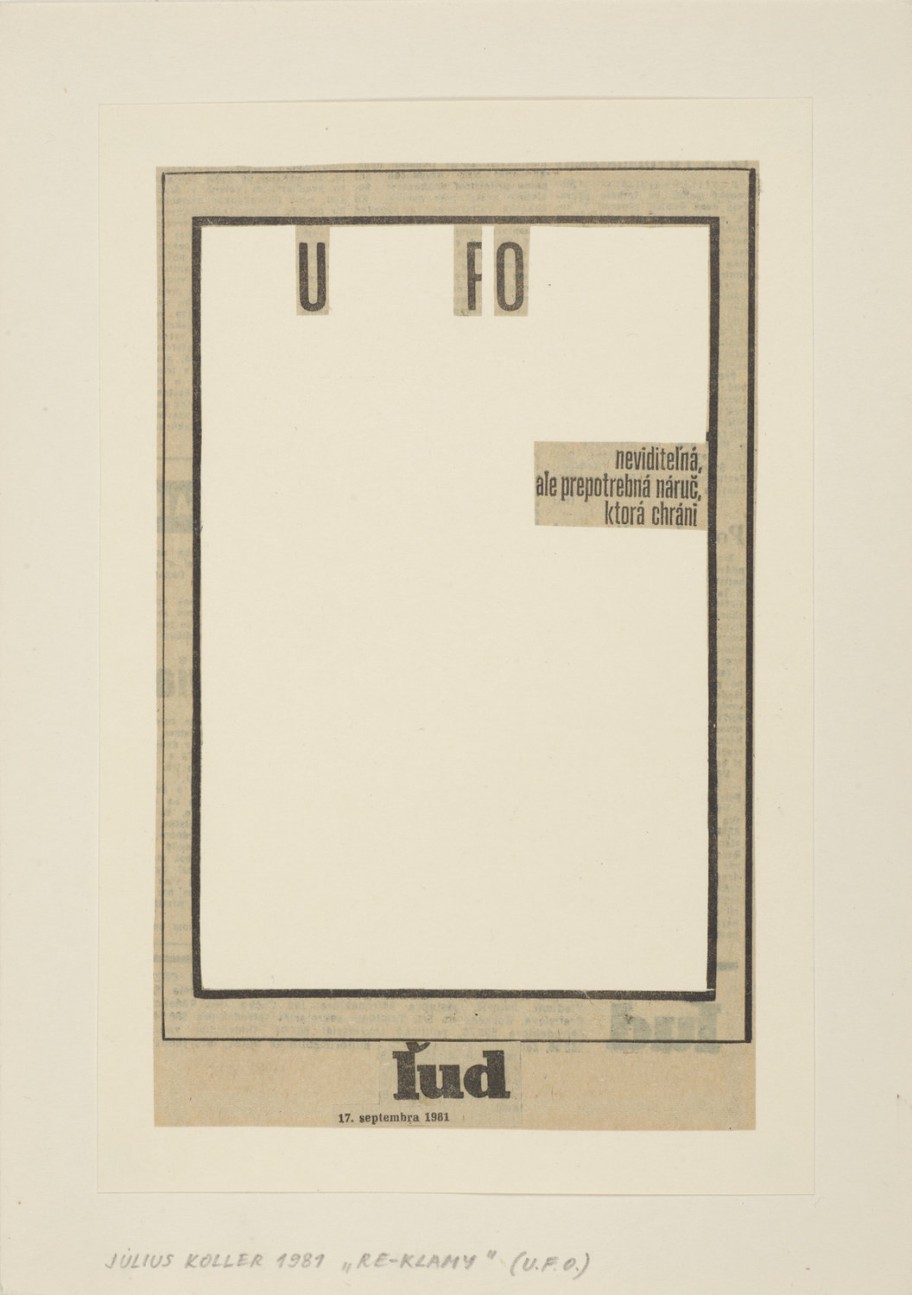 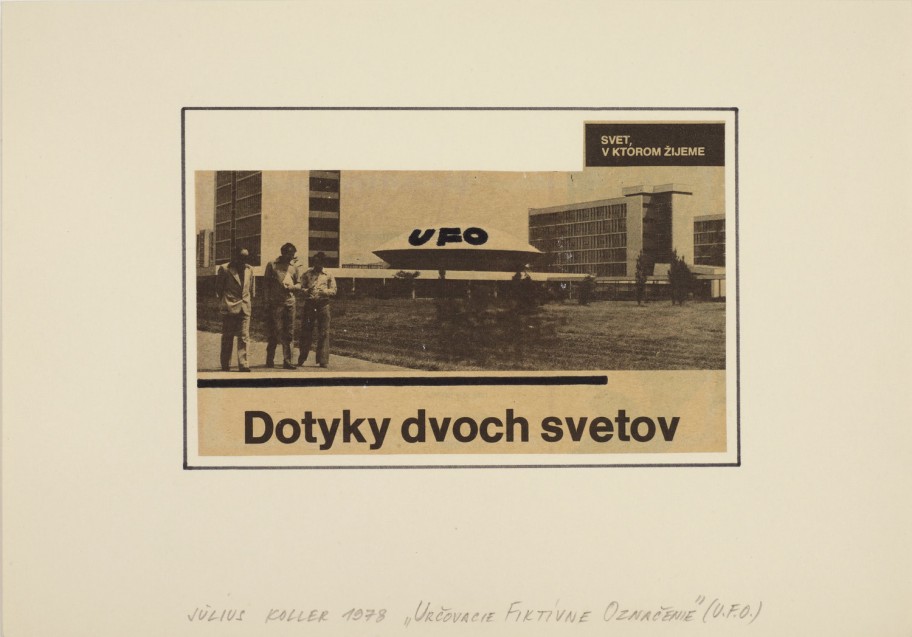 Galerie Martin Janda is showing the exhibition U.F.O.-NAUT JK (Július Koller) orchestrated by Rirkrit Tiravanija from April 10 to May 25, 2013. Based on Július Koller’s conceptual work, Rirkrit Tiravanija (*1961) developed new works that reflect the subversion, irony and symbolic language of the Slovakian artist who dies in 2007.

The use of common objects and the interventions into day-to-day situations through minimal gestures were characteristic of Koller’s works. With his anti-performances, anti-paintings, photographs, collages and objets trouvés he questioned cultural, political and social positions and strived for a humanist utopia.

Rirkrit Tiravanija refers to significant works and recurrent topics in the works of Július Koller. He picks up and enhances the performative, participatory and interactive aspects which are common to both artists. Four table tennis tables distributed in the exhibition spaces with text printed on them can be used by visitors: They refer to the Ping-Pong Society founded by Július Koller for the course of a month in 1970 in Bratislava. Instead of an exhibition, visitors were invited to play table tennis and hence to communicate with each other. Univerzálny Futurologicky Otáznik (U.F.O.) / Universal Futurological Question Mark (U.F.O.), a photograph dated 1978, shows the artist sitting on a meadow with children. Together they form a question mark, a symbol which was frequently used by Koller, often as a subversive statement against the reality of life of the political system at that time. Tiravanija restaged this question mark at Vienna’s St. Stephen’s Square with more than 100 participants.

The development of social structures, the invitation of exhibition visitors to interact and participate as well as the concurrent question of authorship are fundamental to Tiravanija’s works. He became known to a wider audience in the early 1990s with his cooking interventions. Ever since then, he has been one of the most influential artists of his generation. By shifting daily actions, such as cooking, eating or communicating with each other, into the exhibition space he creates micro-utopias which trigger thought processes involving production and consumption or the definition of institutional structures.
The works of Tiravanija are contrasted with selected works of Július Koller.

We wish to thank gallery kurimanzutto for the collaboration.