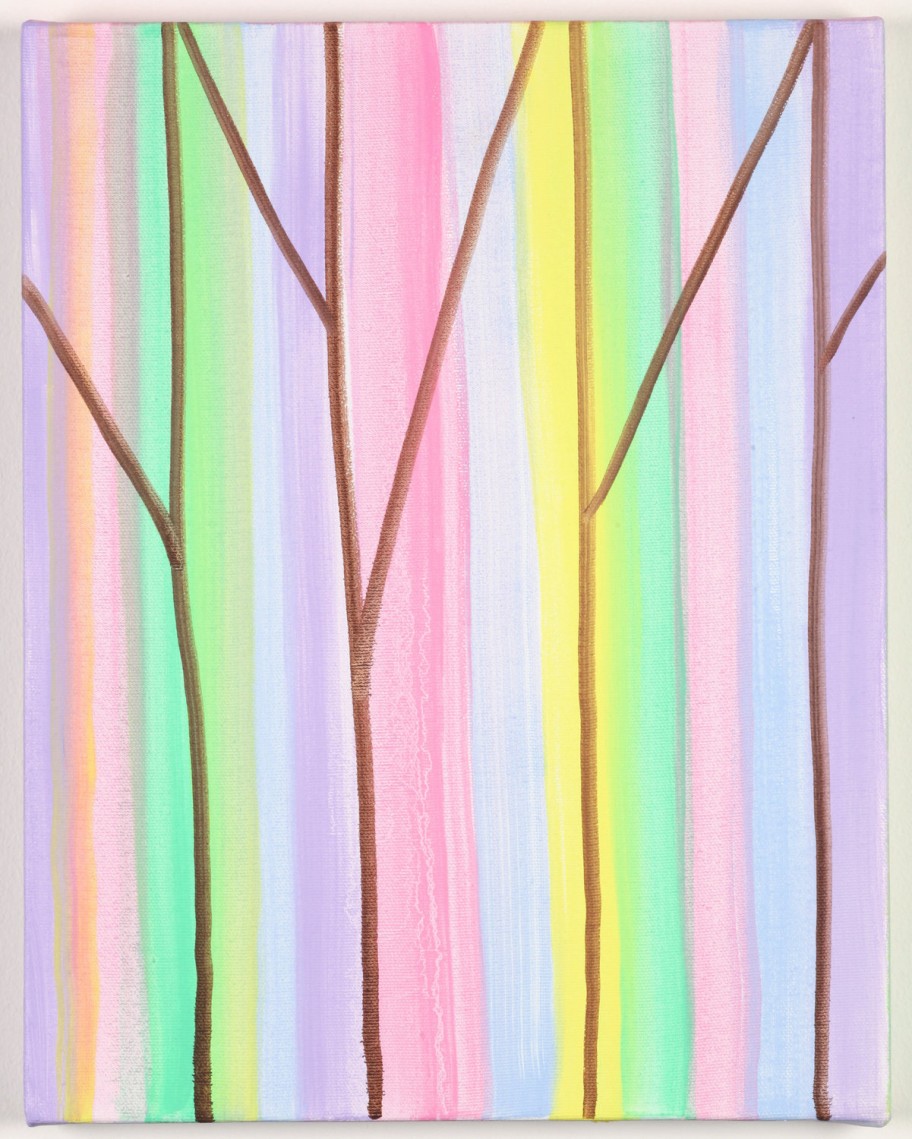 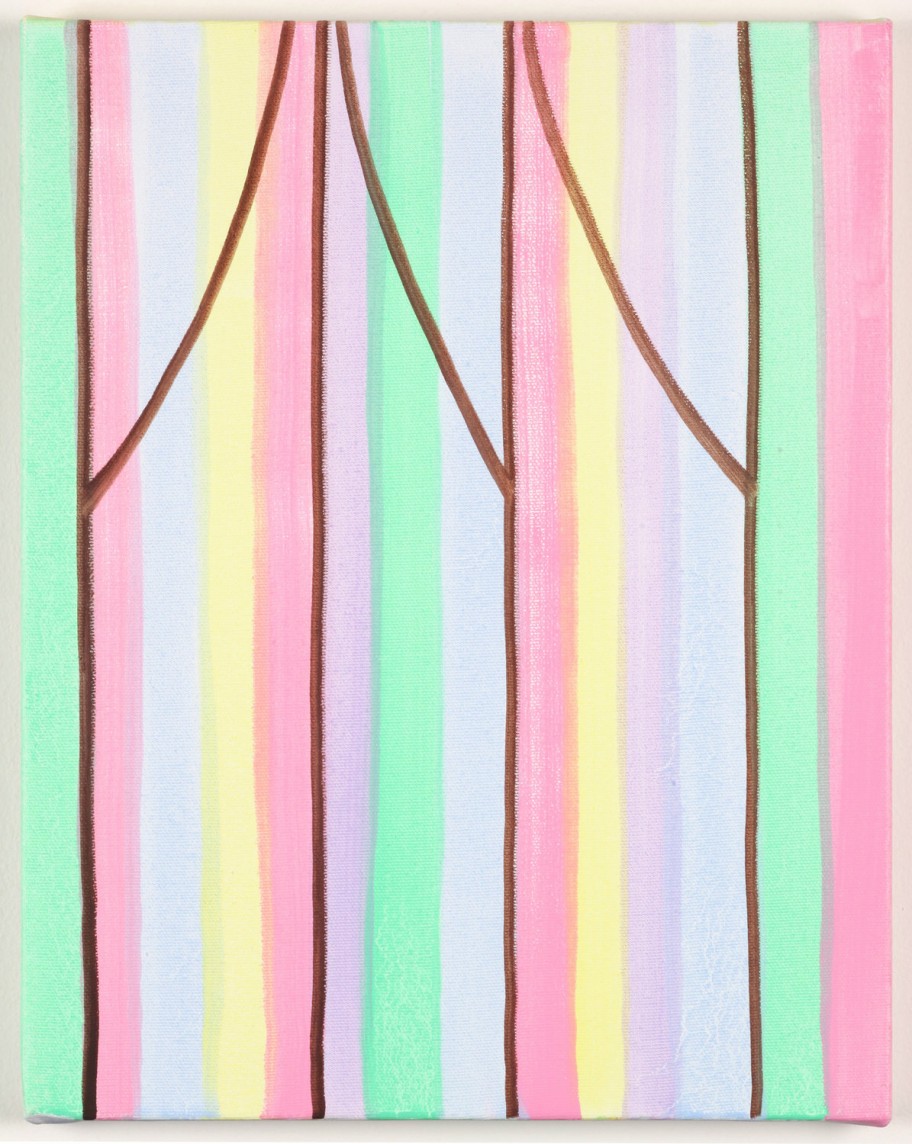 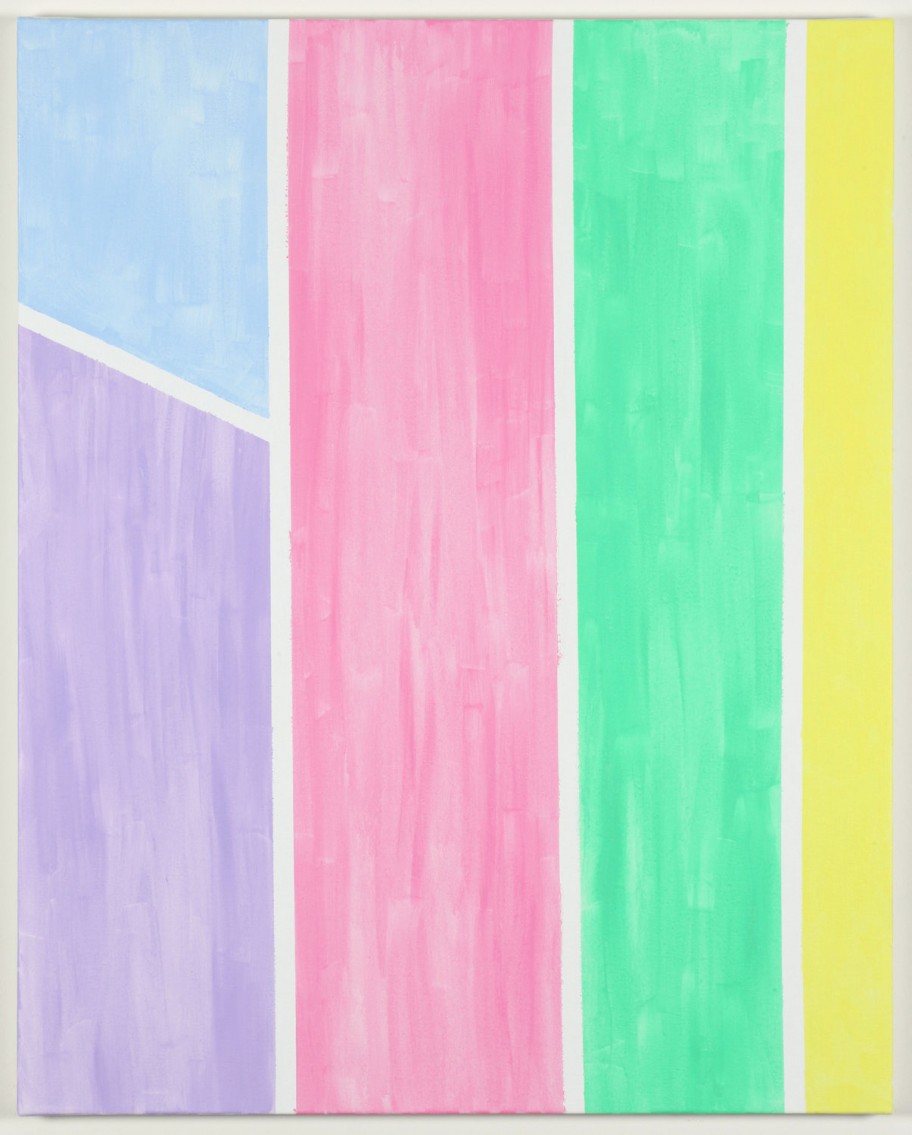 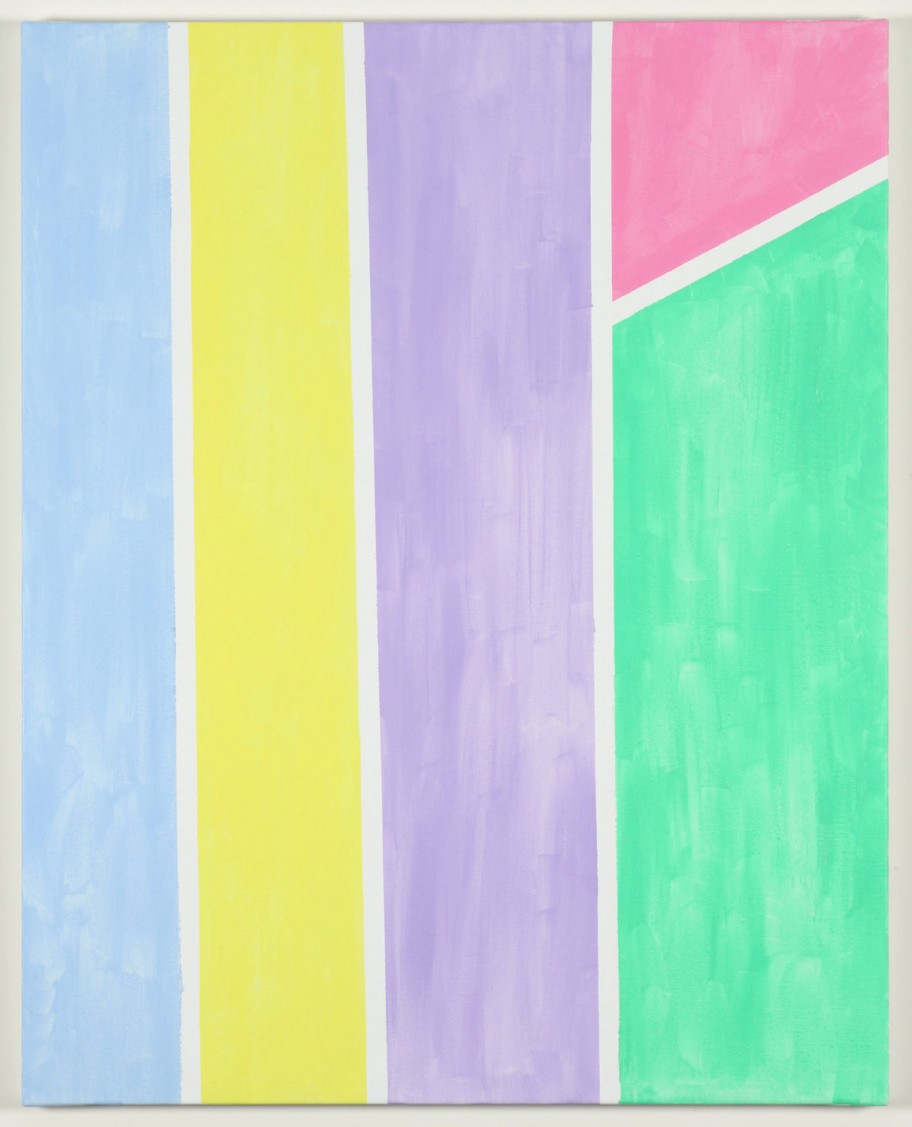 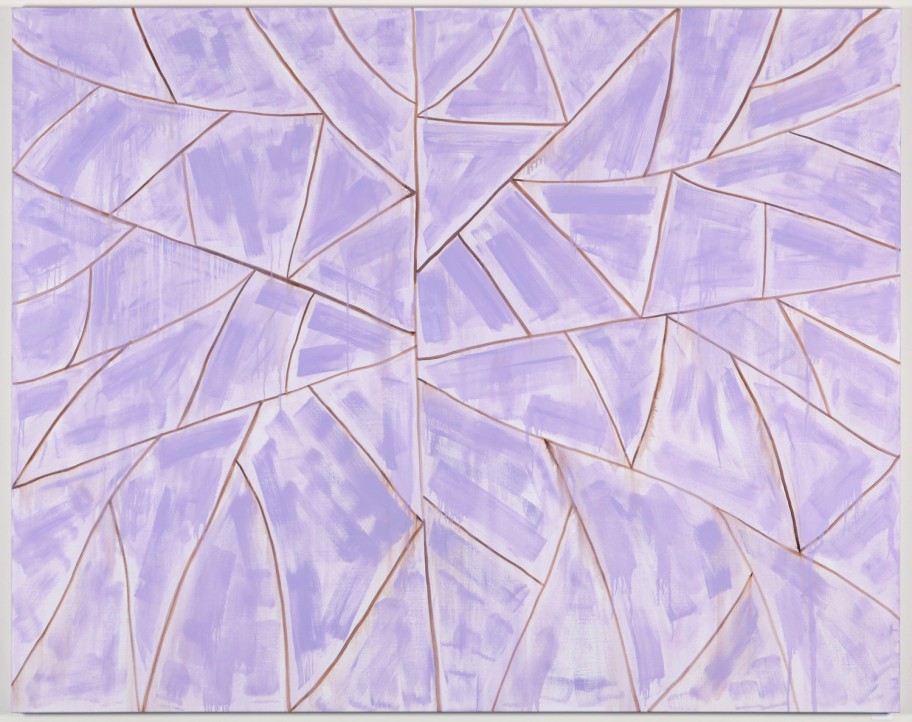 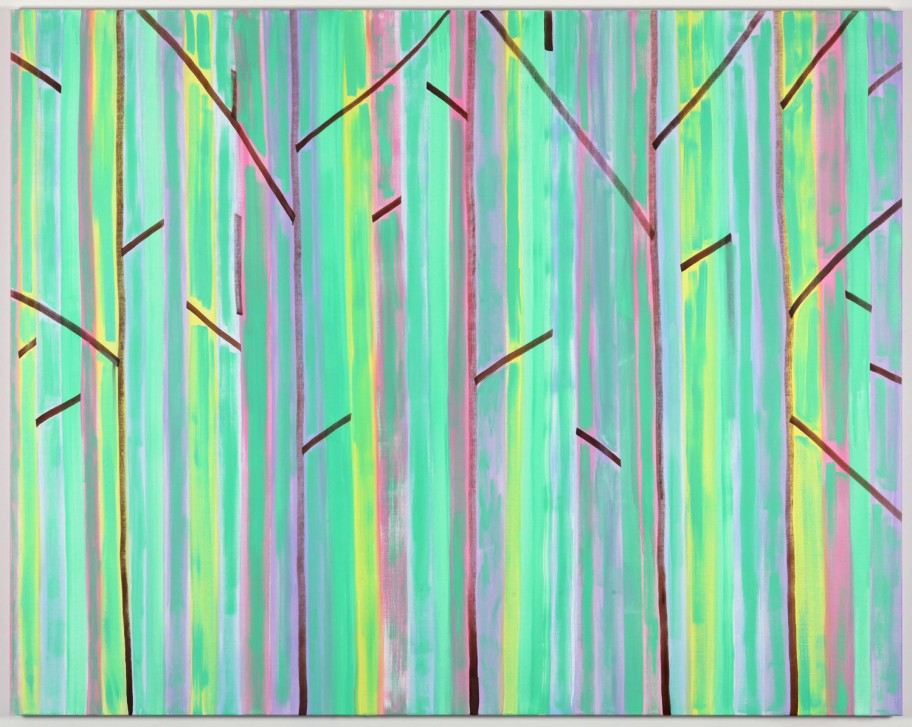 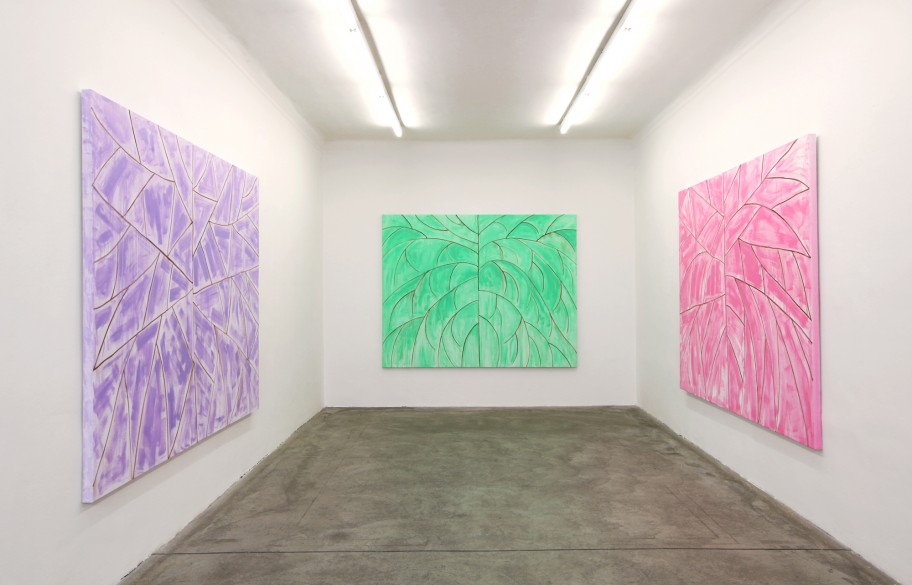 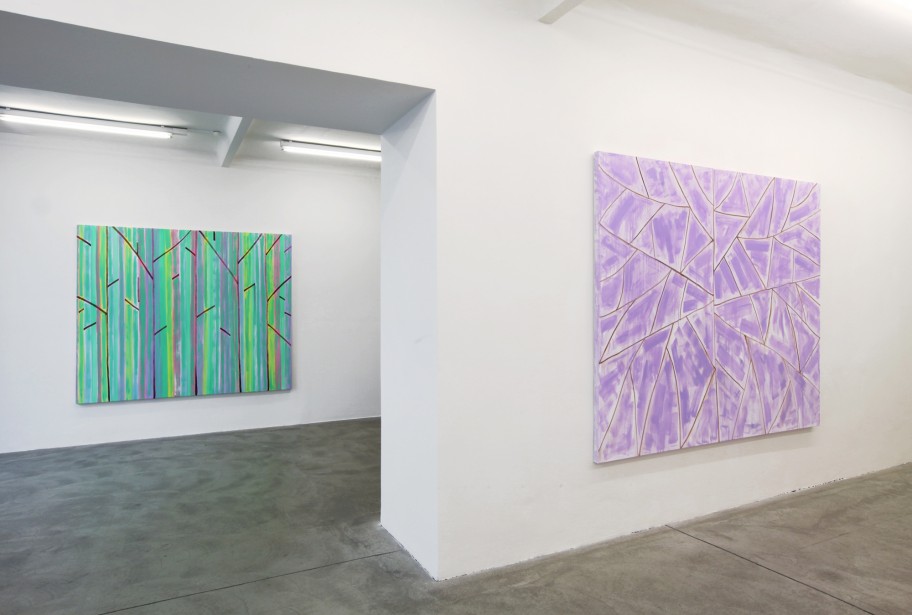 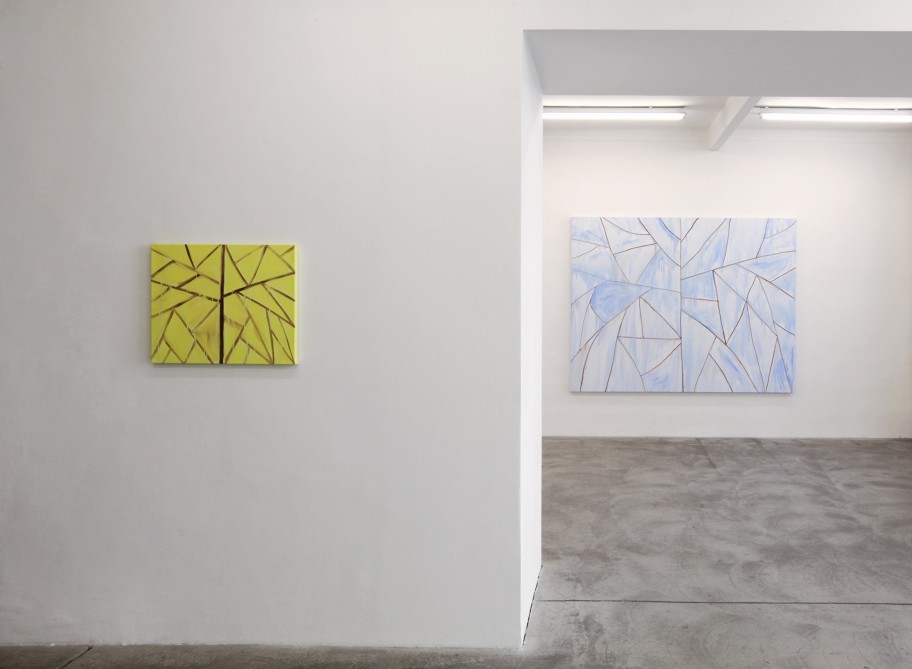 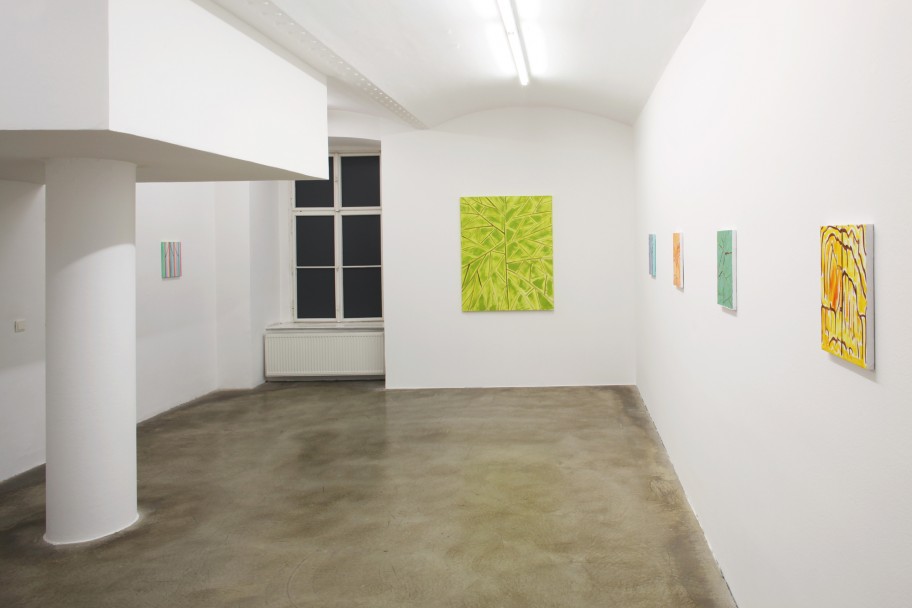 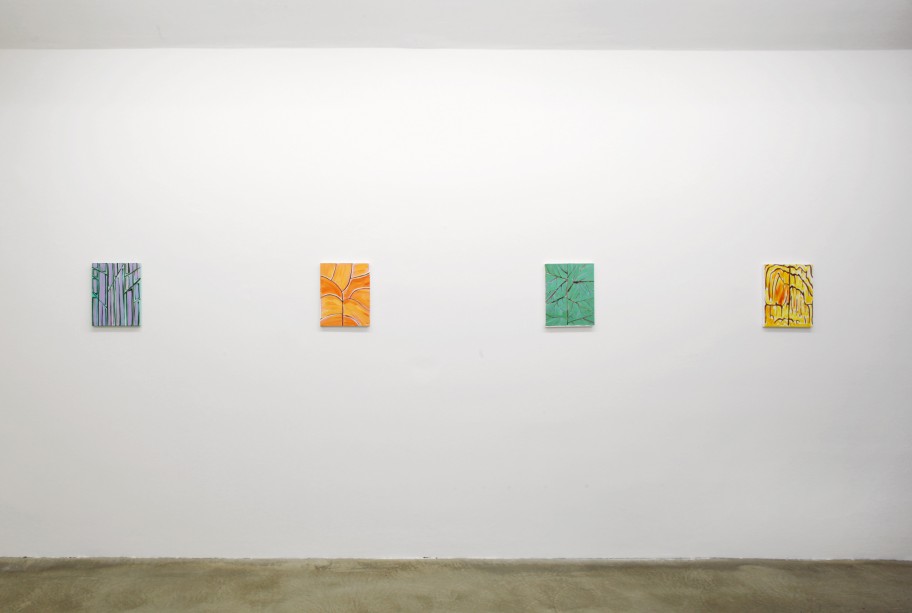 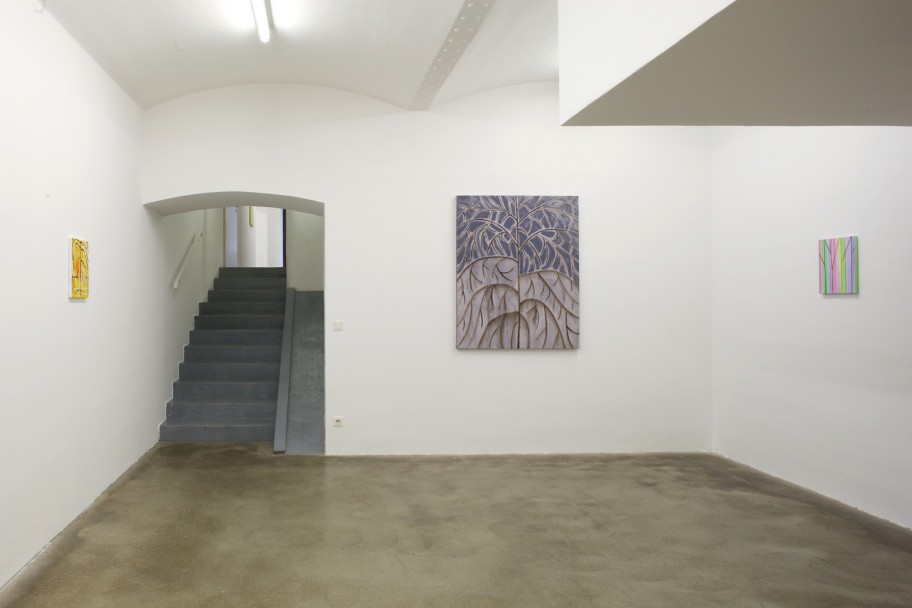 Pastel Forest which are closely linked to the content of his works of the past few years.

Butler, however, is not only interested in the content of the recurring motif of trees, which he seizes, modifies and abstracts in his paintings. It serves rather as a broadly defined metaphor. His depictions of trees play with formal possibilities and evoke associations with art movements such as Impressionism, Modernism, Pop Art and Minimal Art. However, Butler does not quote what is tested and established in art history; he sounds out and questions the boundaries of art and decoration. “Take him as an abstractionist or as a representationalist, his art is good either way. Whether you see him as a detached and canny commentator on art history and the vicissitudes of its styles and conventions or as an almost naïve sensualist intoxicated with the fluidity of paint and the beauty of color, the work proves you right.” (Barry Schwabsky)

The exhibition is dominated by pastel shades. Benjamin Butler uses a monochrome palette in his large-format oil paintings while the small-format paintings reveal a wider range of bright shades: vivid blue, pink, violet, yellow and green. The leafless branches form patterns, grids and lines, and are frequently abstracted to the extent that only the painting’s title will allow associations with the motif. “I hope that the paintings will evoke mixed feelings for the viewer. They are made in a straight forward manner, simple and modern, and because of the heightened palette, they have the potential to be read as repulsive, or even embarrassingly beautiful.” (Benjamin Butler)

A comprehensive publication on the works of Benjamin Butler, which includes a text by Barry Schwabsky will be published in July 2012.

Benjamin Butler was born in Westmoreland (USA) in 1975 and lives and works in New York.