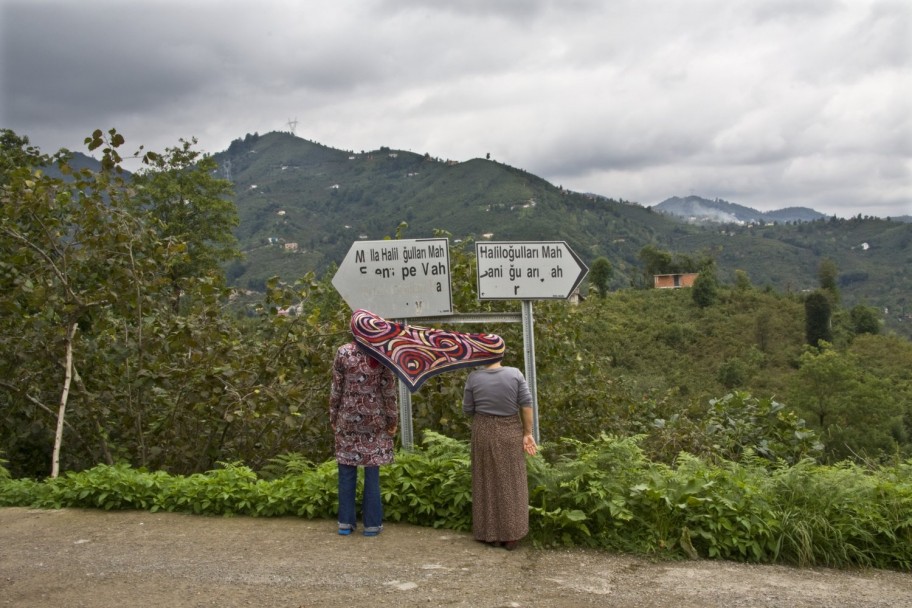 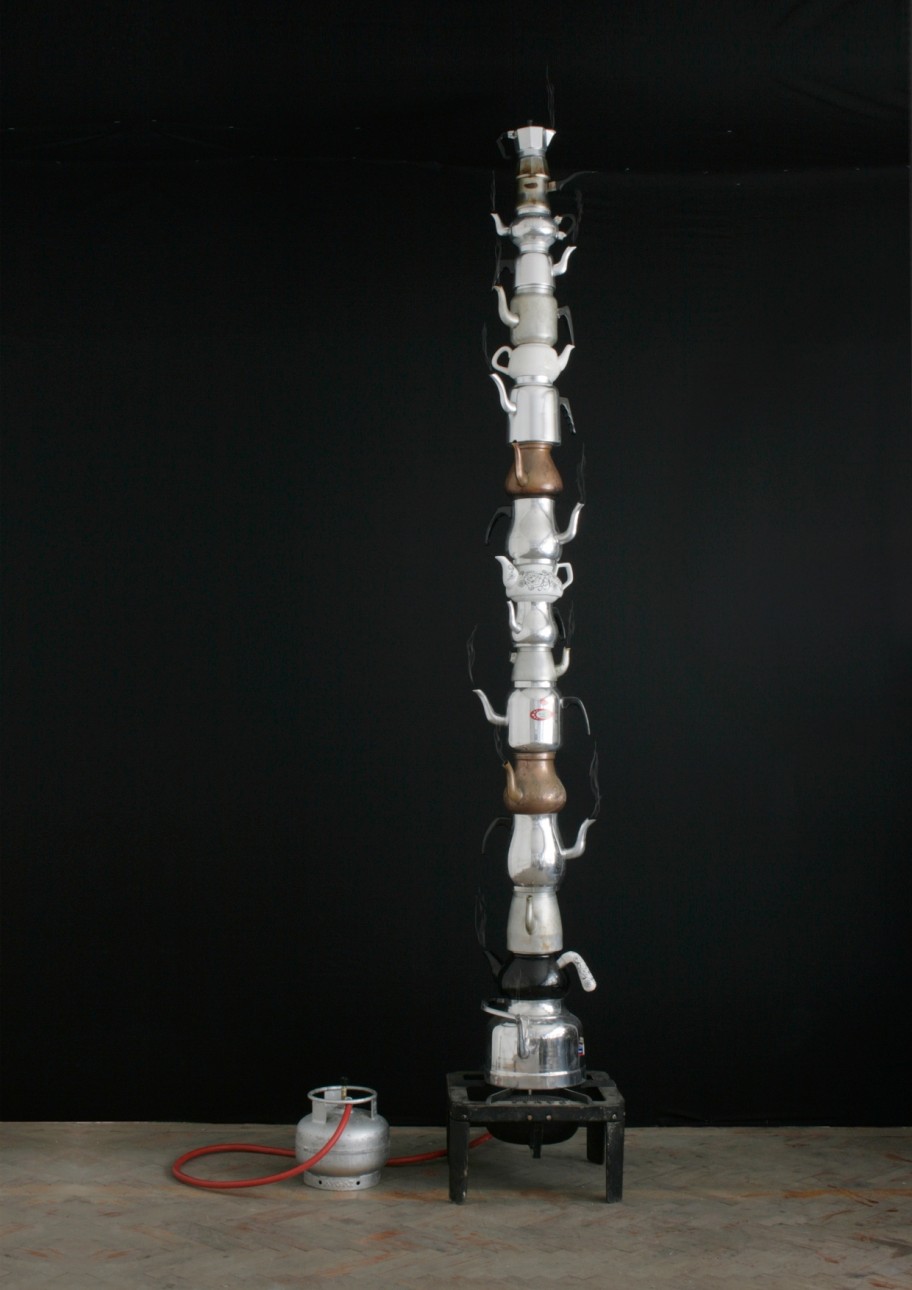 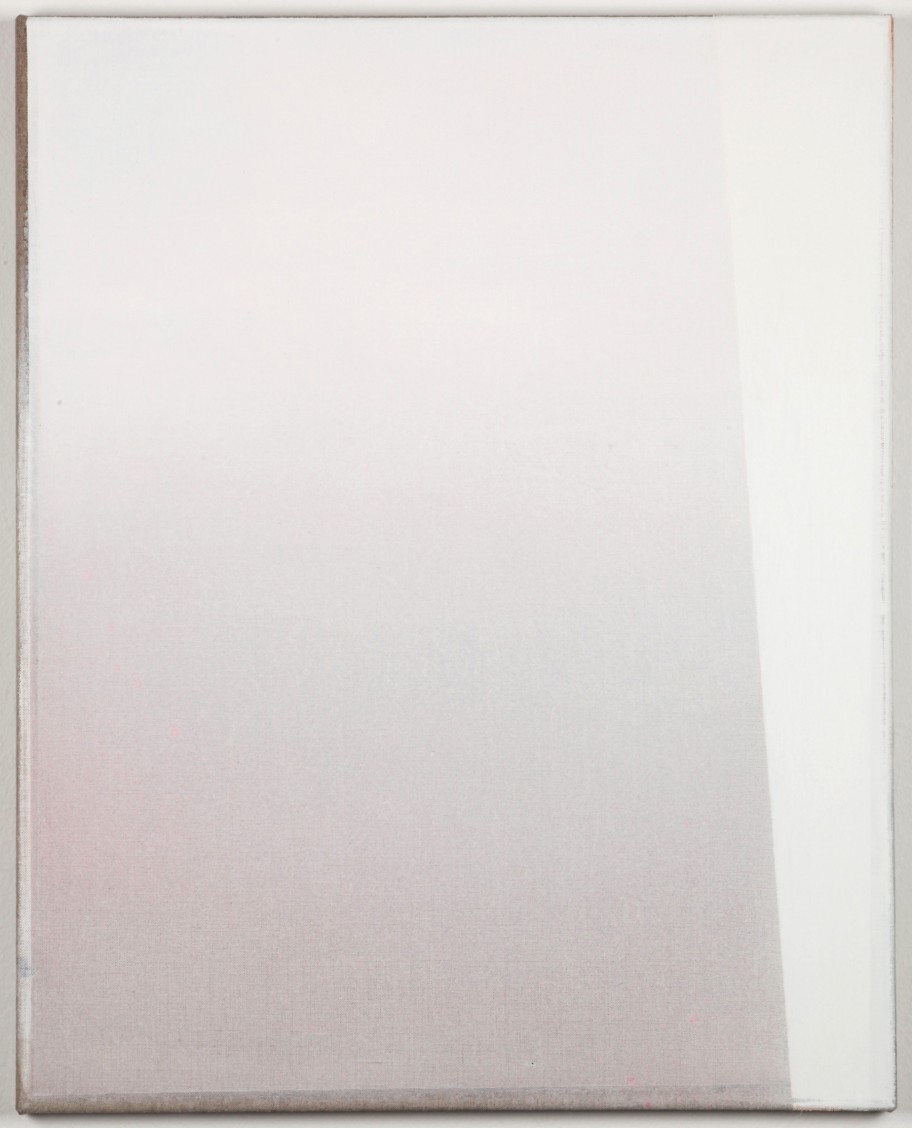 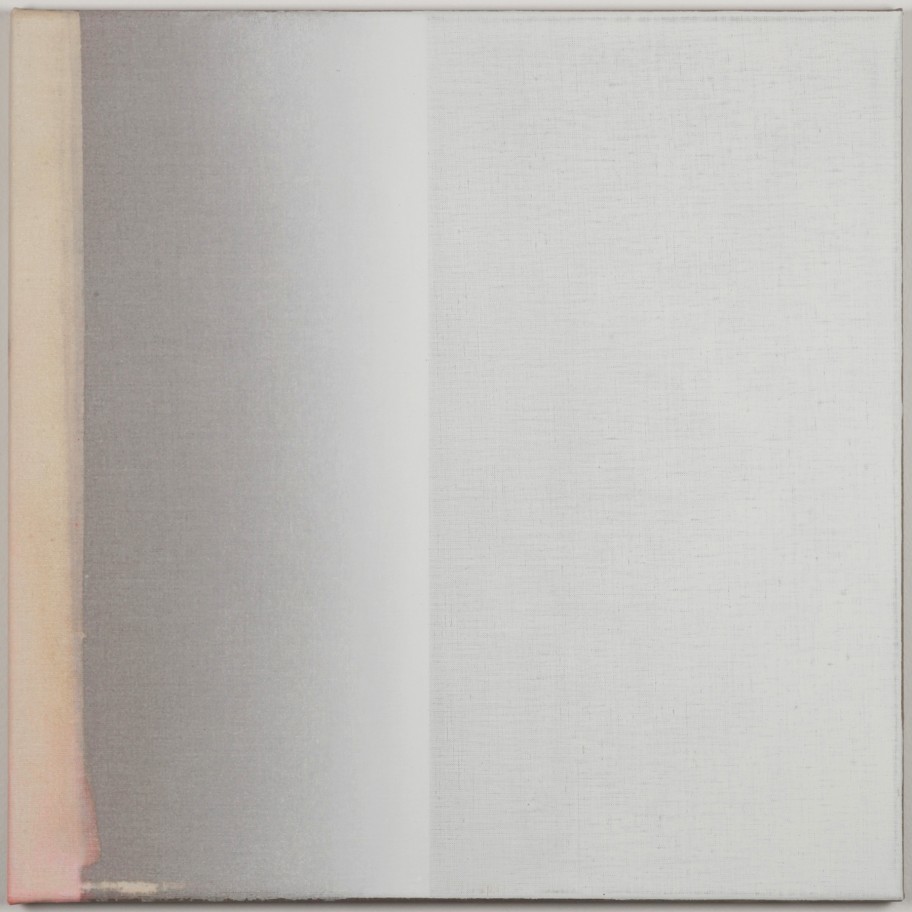 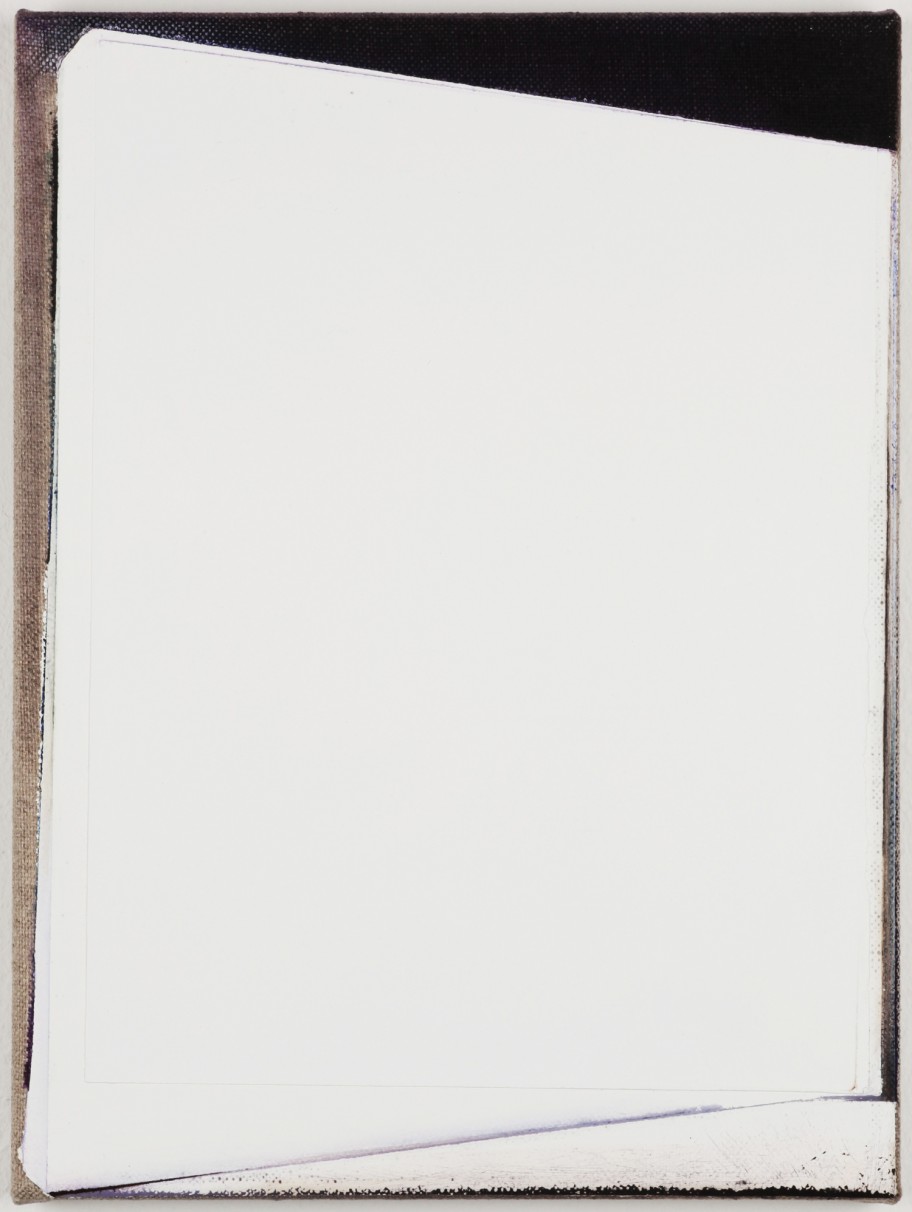 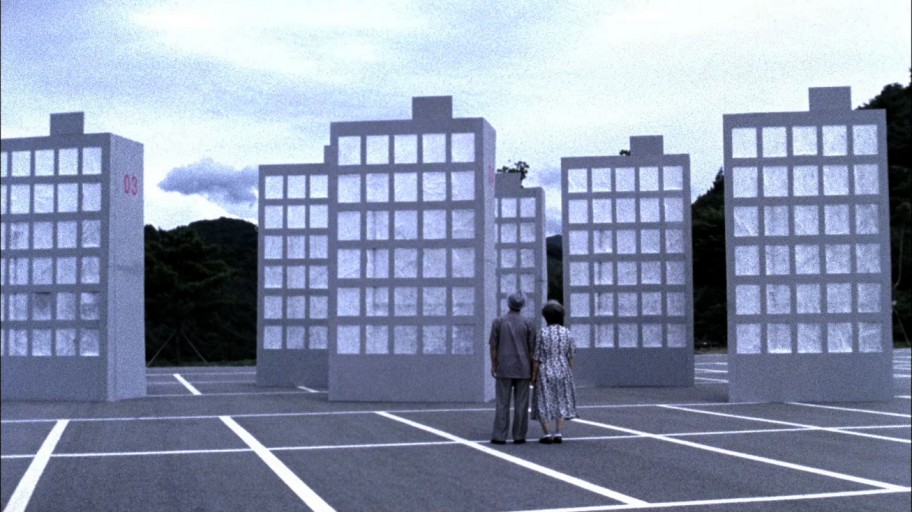 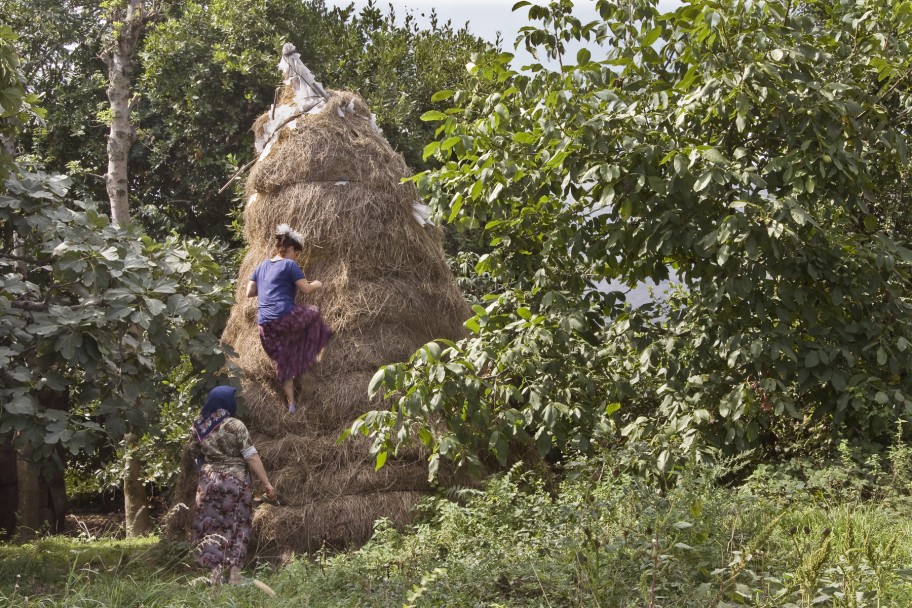 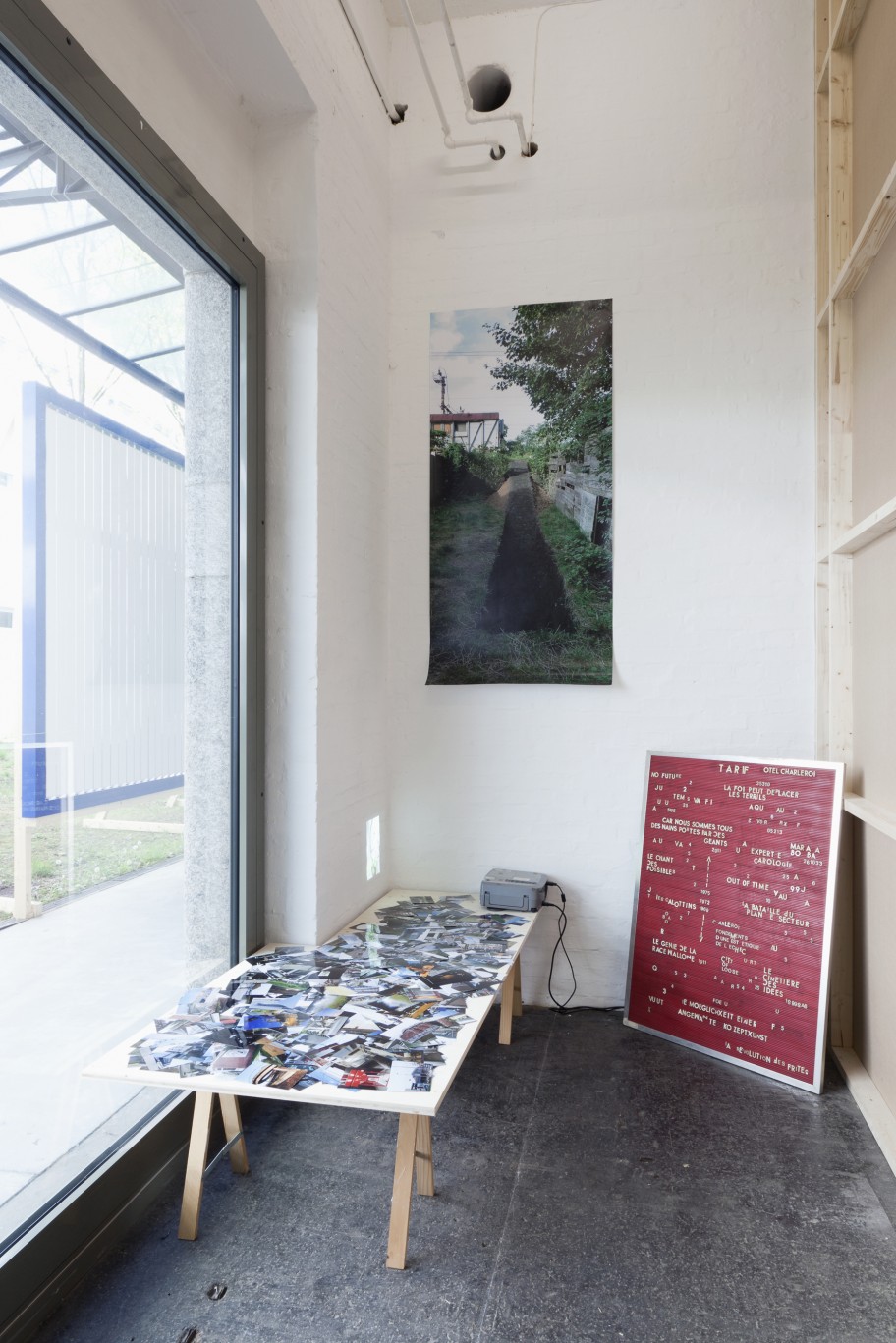 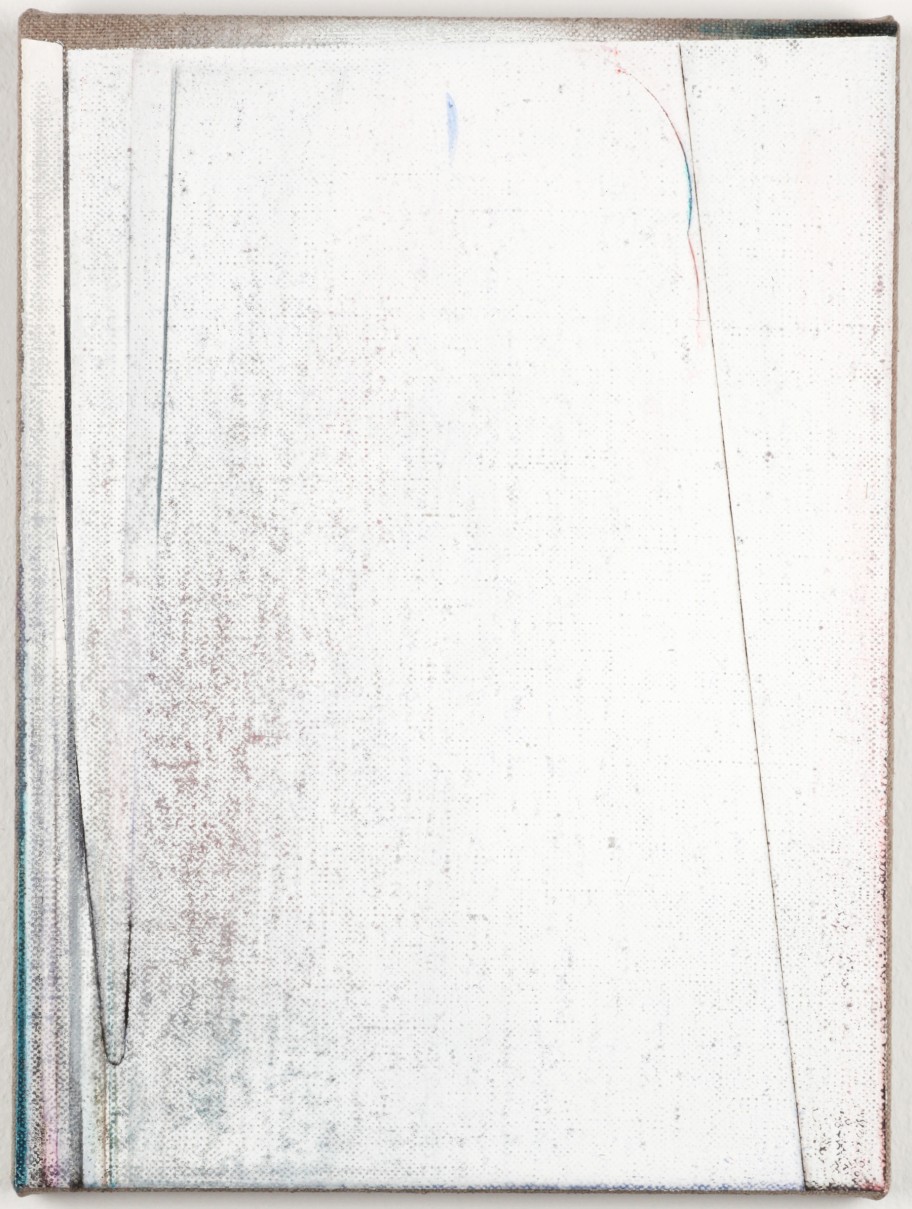 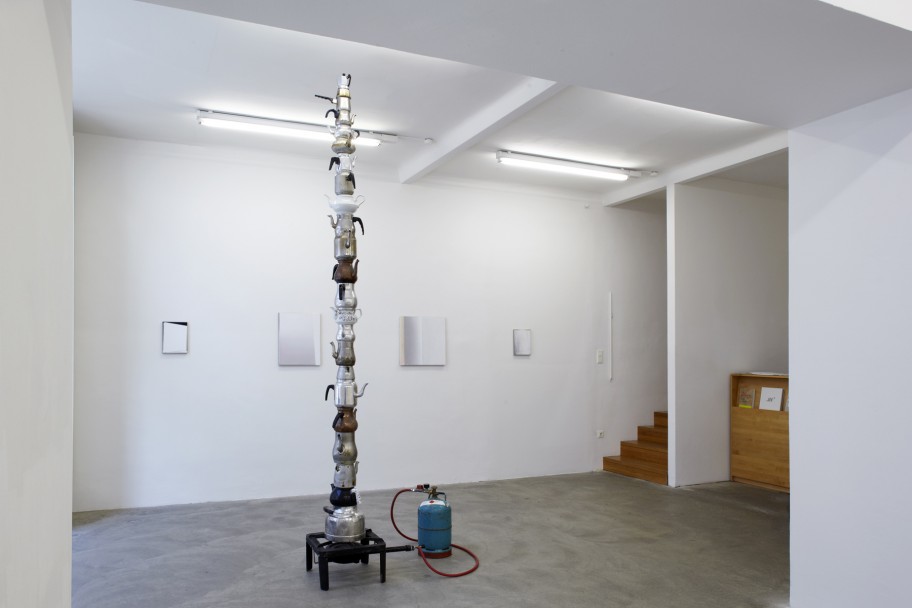 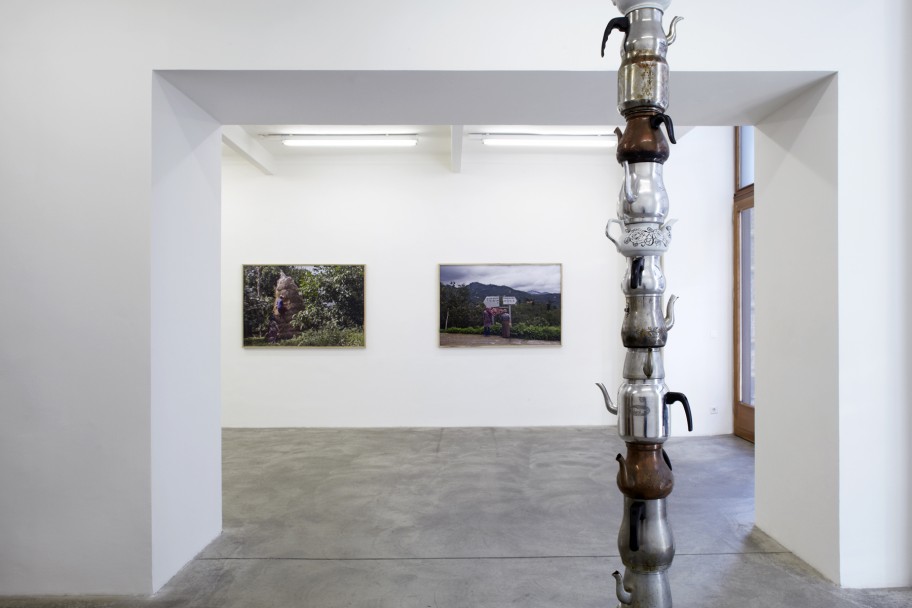 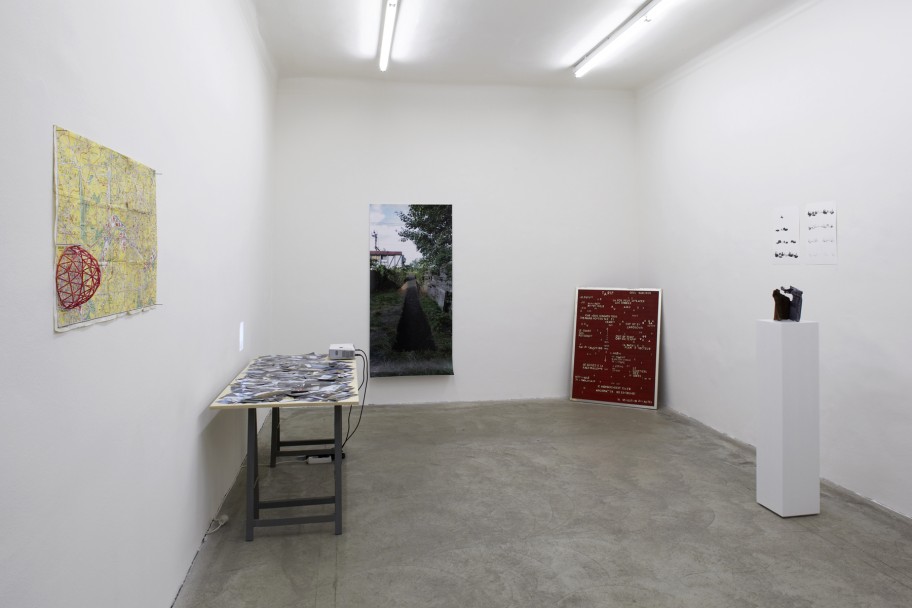 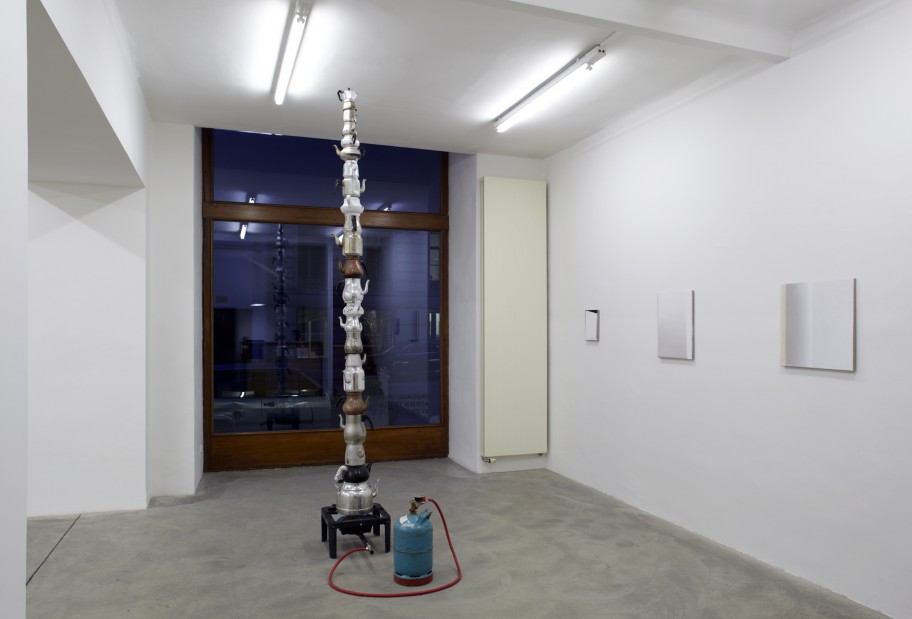 The title of the exhibition Passage refers to a state of being in transit, of spending some time at a certain place. The exhibiting artists have in common that they work in Vienna on a temporary basis. Vienna is a city which is characterized by the merging of various individual life contexts inducing cultural exchange. The exhibition shows the view from outside, from artists that spend only a certain amount of time in this place and the works of which deal with the transient nature of cultural influences both in their places of origin and residence.

Johannes Vogl, born in Kaufbeuren/Germany in 1981, currently lives in Berlin and Vienna. His sculptural work Dampfsäule (2011), a tower of teapots put on top of each other and heated by a  small gas oven, was inspired by a several-month long visit to Istanbul in 2011. The Turkish tea-drinking tradition serves as the starting point for his work that highlights the complexity of Turkish family connections; a fragile structure which depends on stability and solidarity and can work only in an environment of well-balanced togetherness.
Turkey-born Nilbar Güreş (*1977) lives in Vienna, Istanbul and currently in New York.The exhibition will be showing two photographs from the series TrabZONE (2010), in which the artist explores gender roles as well as religious and national values. The settings are directly linked to Güreş‘ own biography. Trabzon is a Black Sea coastal town where the artist used to spend some of her summers as a child. The place also serves as a multi-layered, paradoxical projection surface; Trabzon is a historical site for Muslims and Christians where religious customs and traditional gender roles determine social life to a large extent.
Jun Yang, born in China in 1975, lives in Vienna, Taipei and Yokohama. His film Seoul Fiction (2010) addresses the current political, social and cultural situation in South Korea. The camera follows an older couple on a bus on their way to see their children in Seoul. The journey leads from a rural to an urban space past South Korea’s infinite rows of residential housing complexes and satellite towns; buildings and architectures that resemble each other, recalling South Korea’s economic upswing and the changes of the last years. Yang shows a Korea aimed at inscribing a new past while also trying to define itself by its future. Seoul Fiction also acts as a reference to Ozu’s Tokyo Story (1951) and Tati’s Playtime (1963), which deal with the belief in progress, fast-changing society and the accompanying uncertainty.
In his multi-part installation Charleroi is on my Mind (since 2010), Adrien Tirtiaux (*1980), who lives and works in Antwerp and Vienna, focuses on the social and economic problems of urban spaces. Taking as a starting point Belgian town Charleroi, which profited from a healthy industrial development up until the 1960s and has been struggling with crime and unemployment ever since, Tirtiaux discusses the negative side effects of modern society and questions future developments through his utopian (or dystopian) architectural projects. The work is part of residency project Hotel Charleroi which was founded by Tirtiaux in 2009 together with Antoine Turillon and Hannes Zebedin.
The abstract constructive paintings of Svenja Deininger (*1974 in Vienna) center on particular aspects of spatial frames. Deininger, who lives in Vienna and currently in Brussels, works with optical contradictions and irritation, raising questions on surface and space, on interior and exterior. Her paintings create atmospheric spaces and play with contrasting geometrical abstract forms and different material qualities.