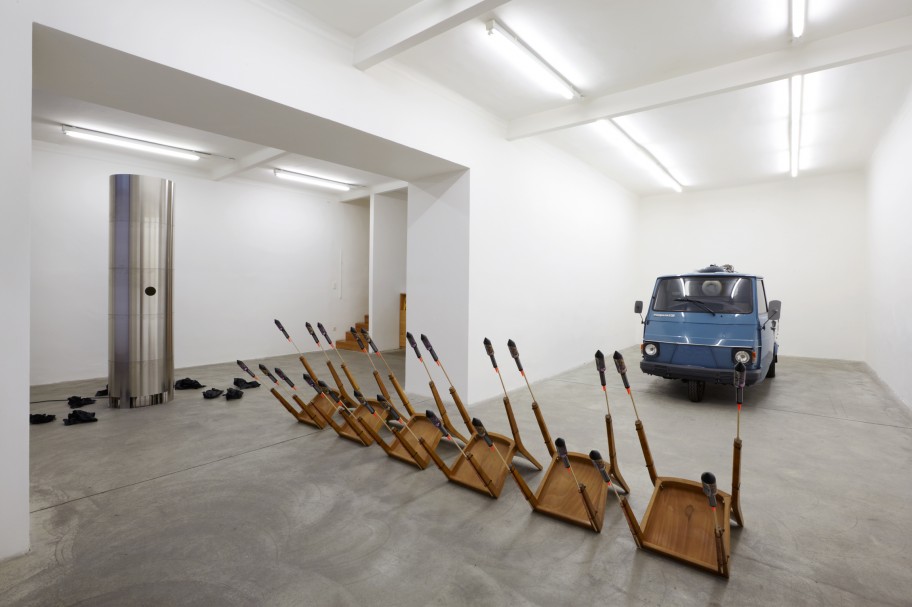 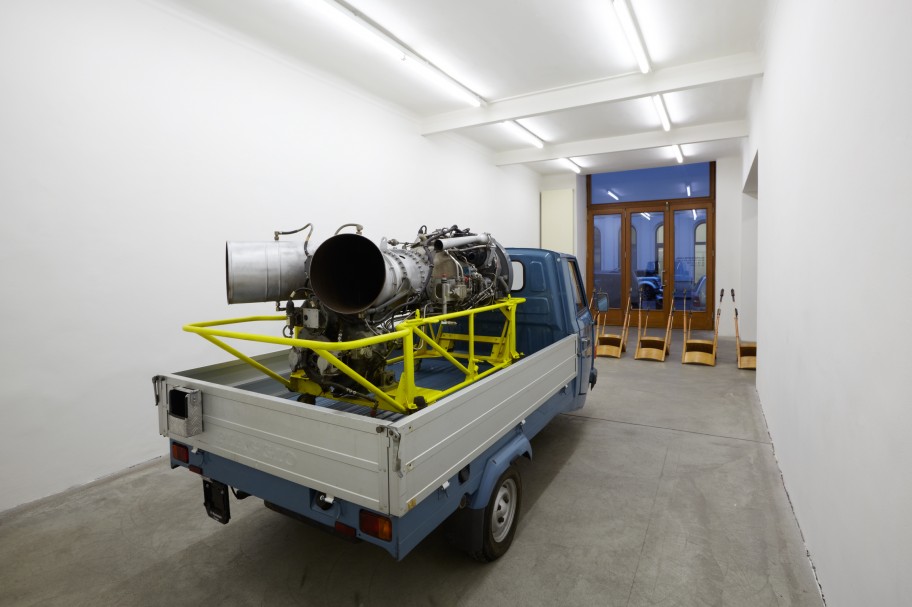 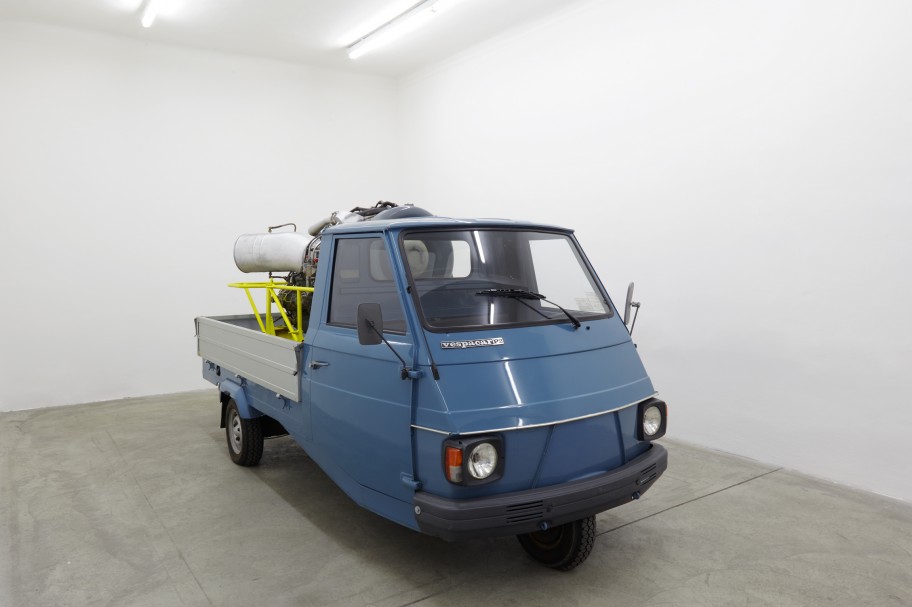 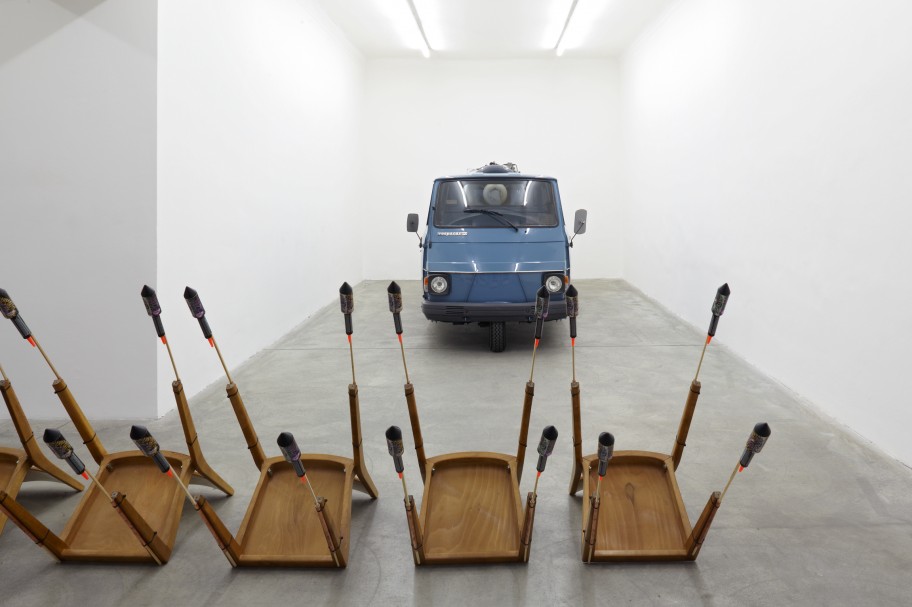 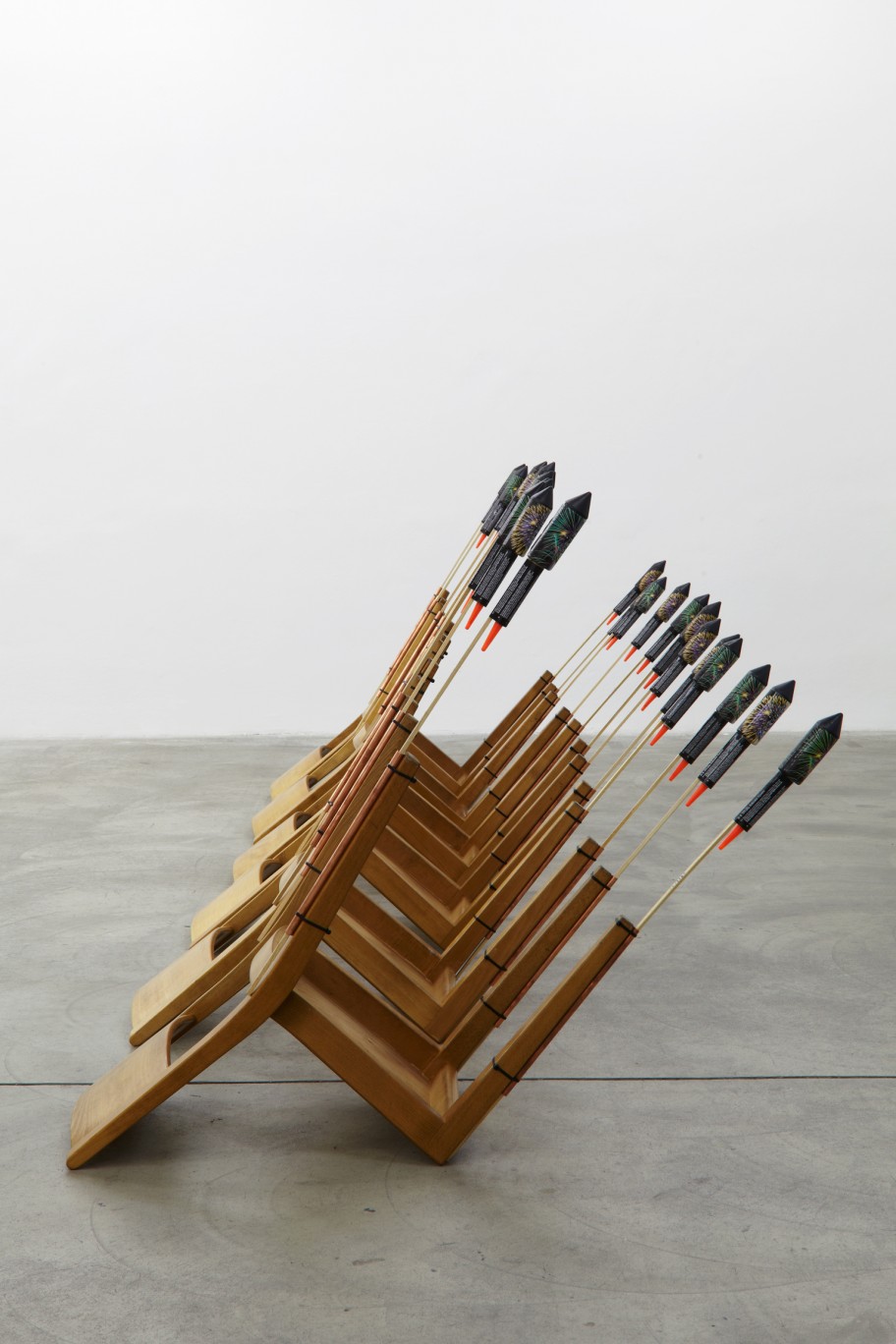 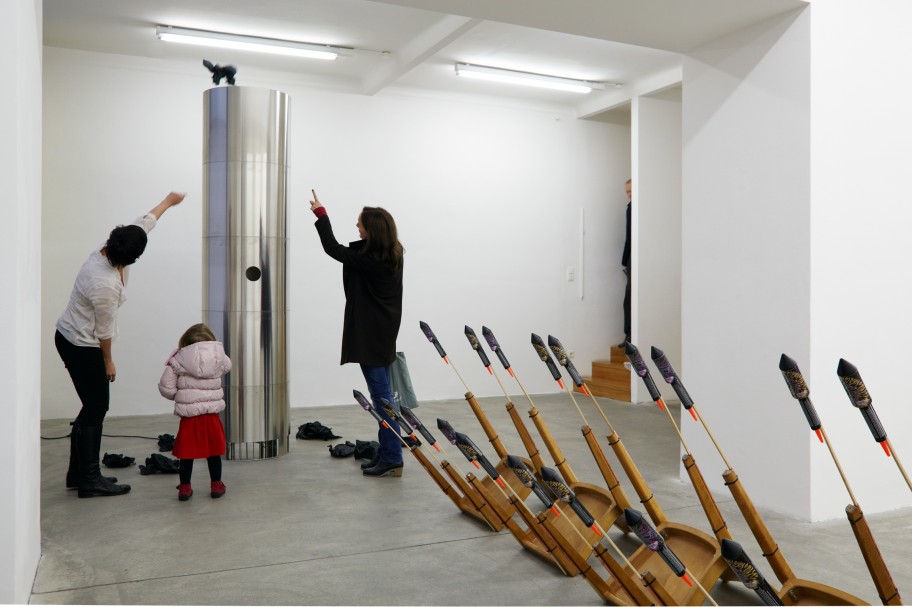 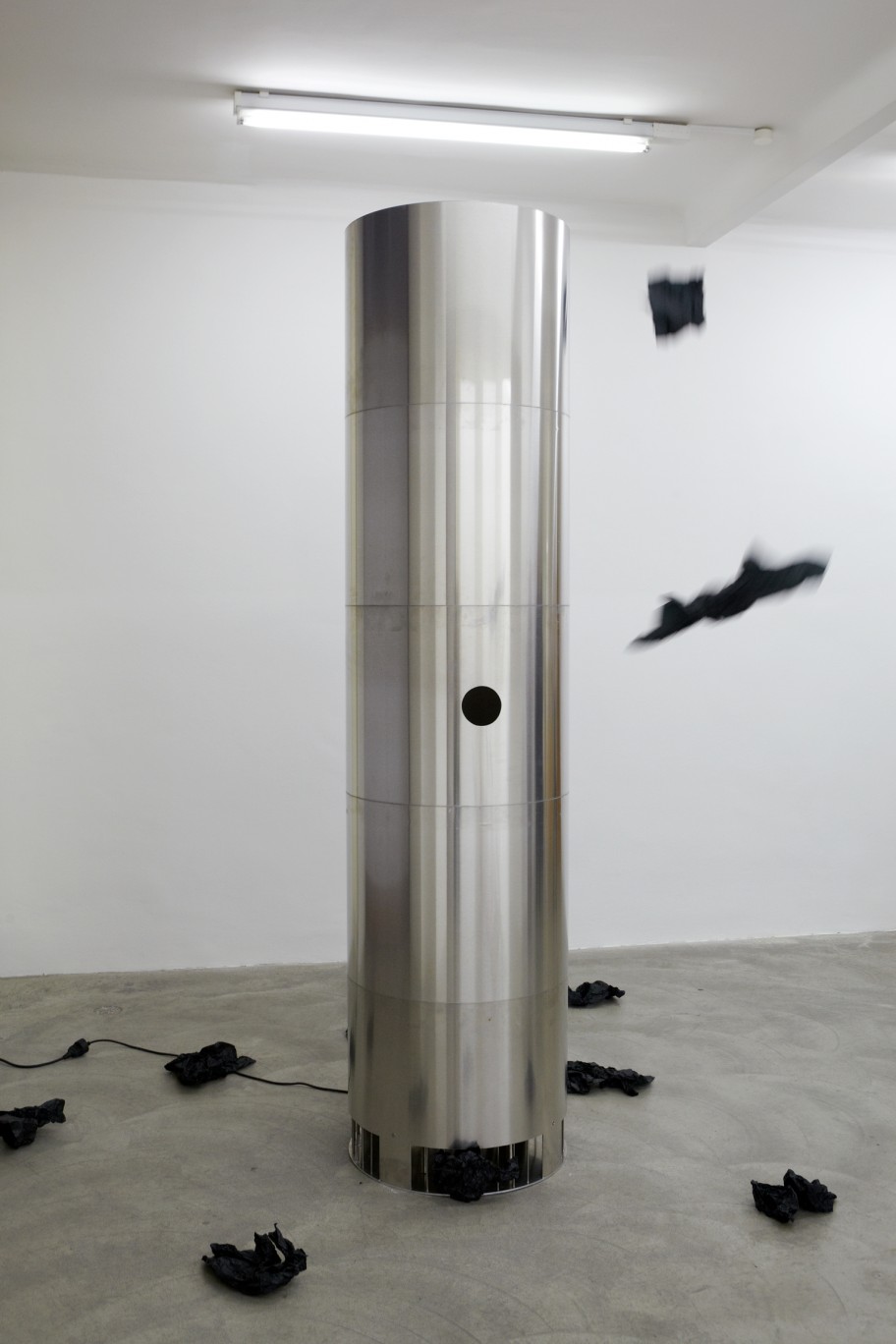 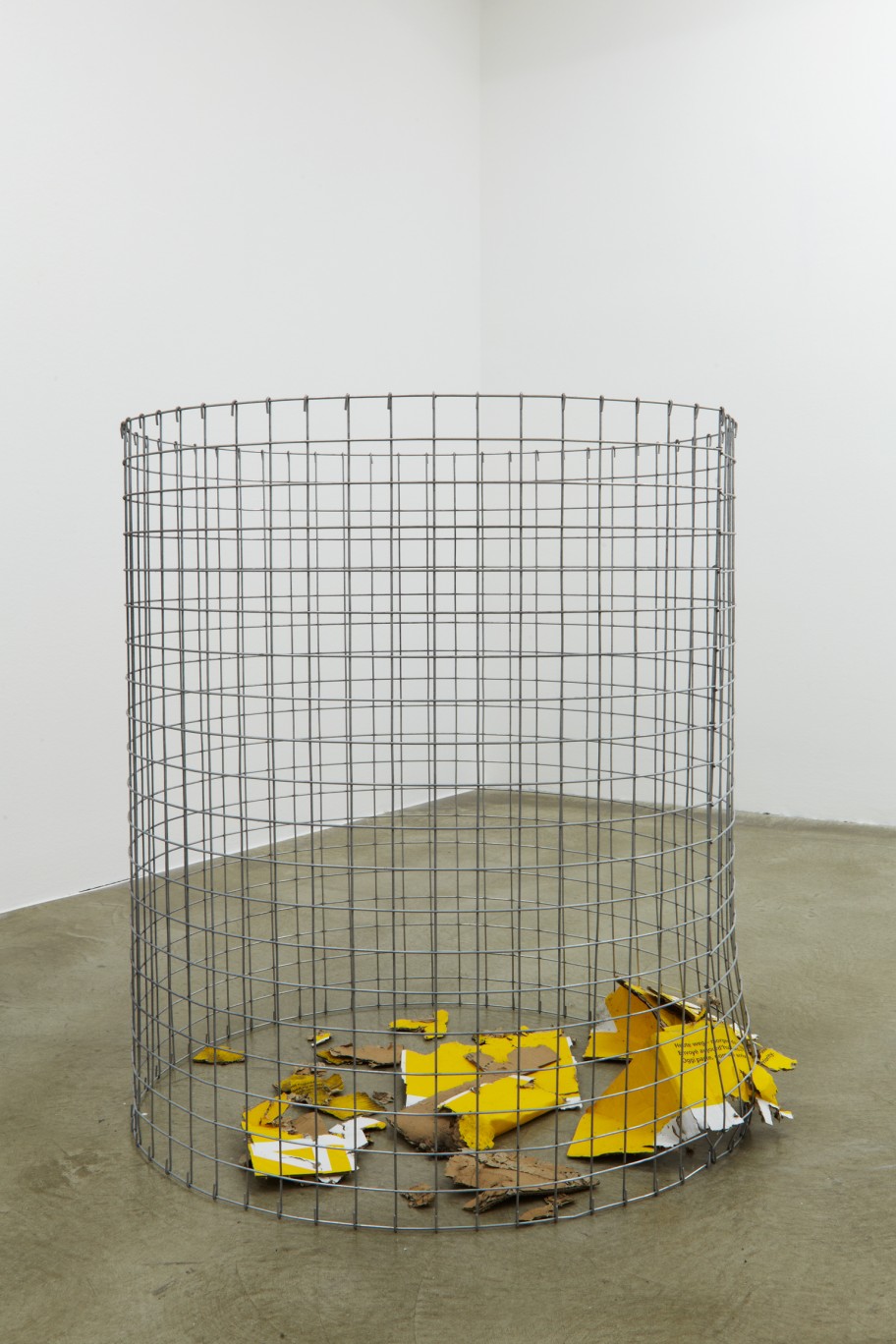 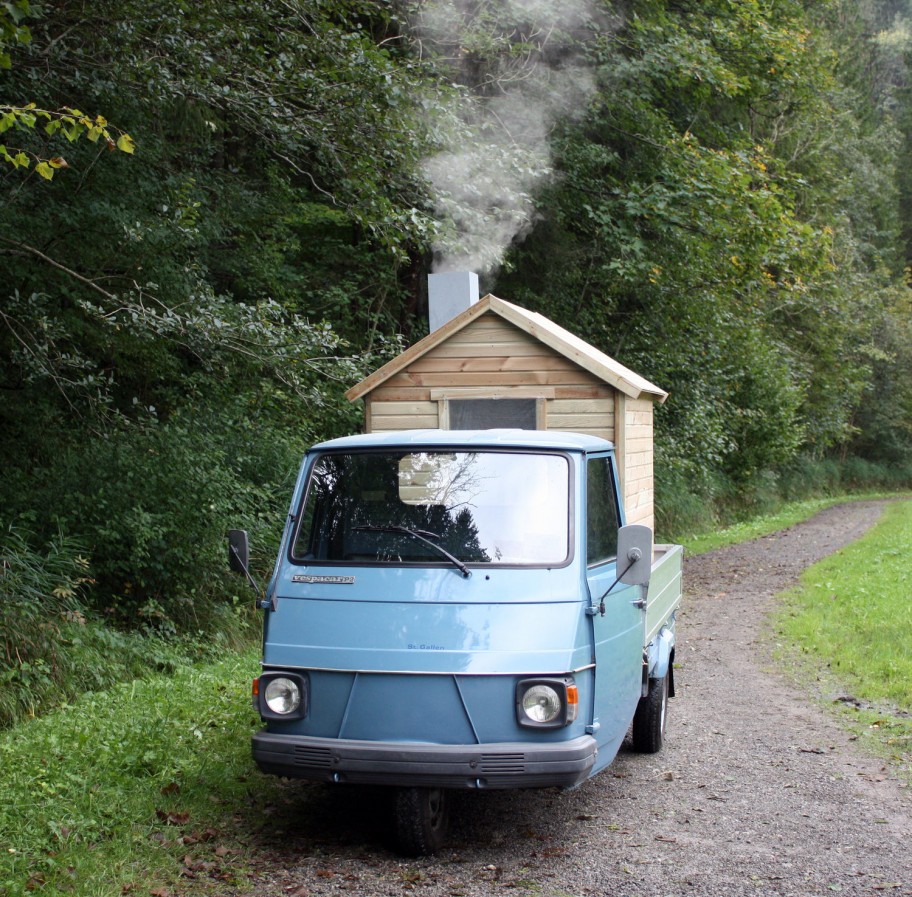 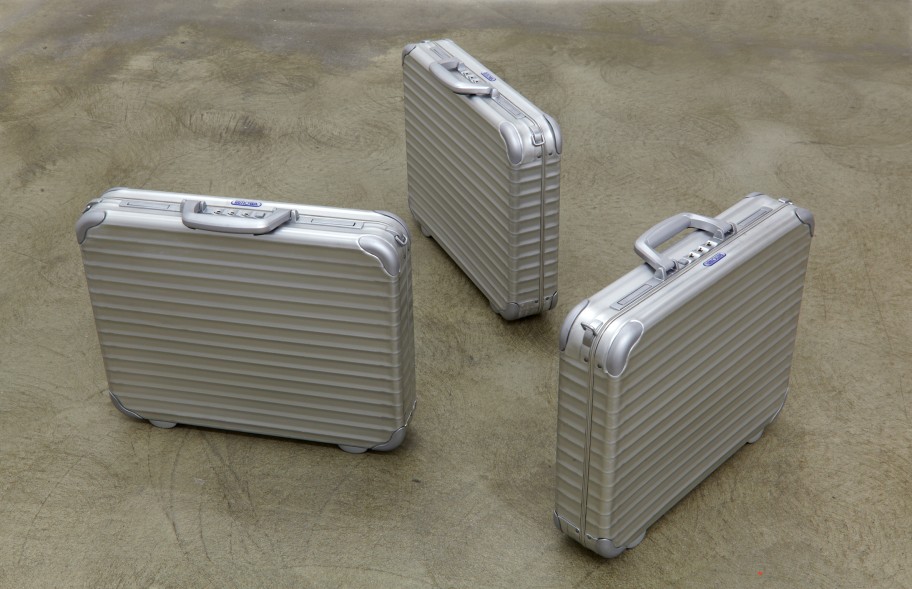 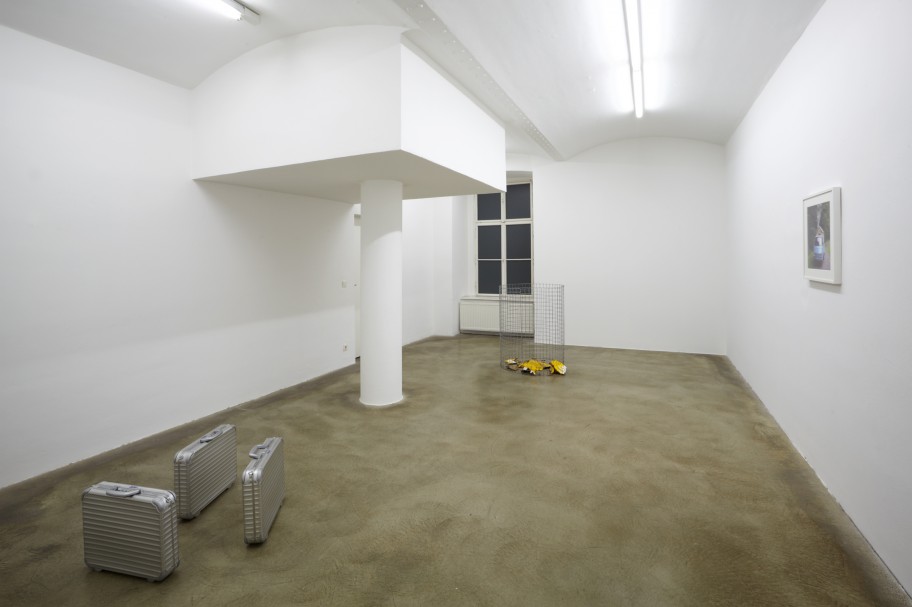 “We are connected with gravitational forces, that’s our destiny”. Swiss artist Roman Signer counteracts this fact with his sculptures and incidents he has been documenting ever since the 1970s in photographs and films. In his use of elemental forces he sets in motion daily objects such as umbrellas, chairs or bicycles, thereby lending them a new form.
In doing so, he deals with energy in a controlled way, which is not meant to be destructive but made visible through the act of acceleration, dynamism and change. “I’m not a sculptor who shapes things. My works are about experiencing. Something happens to them. An explosion can form a body, and I’m just fascinated by that force.“ (Roman Signer)

Roman Signer is interested in the contrasts between slow and fast processes, little causes that take great effect, which is true also for Mariage (2012), one of the new sculptures in the exhibition: an 11-hp vehicle carrying a massive turbine on its narrow load platform.