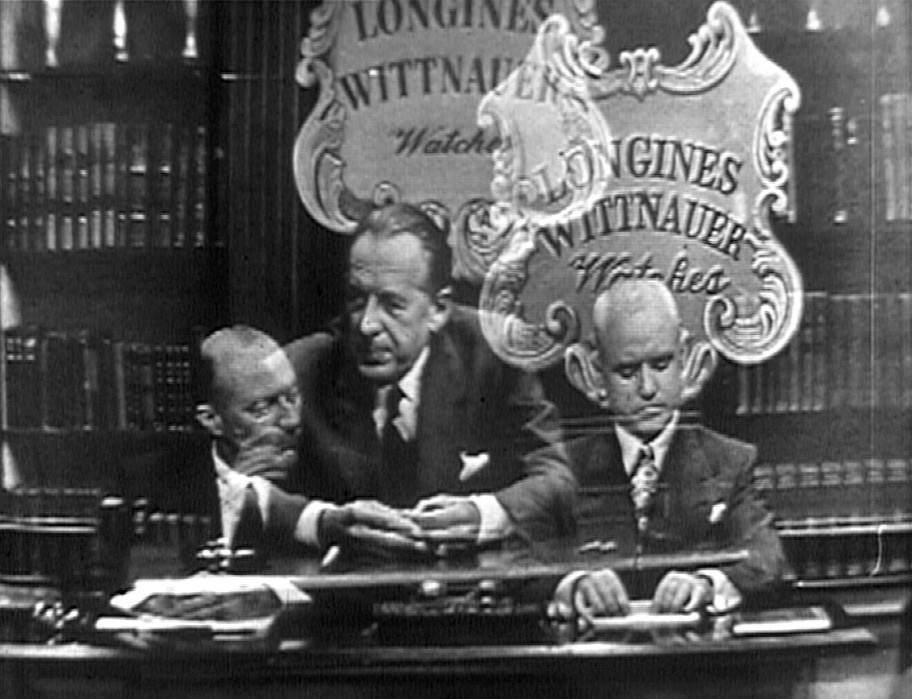 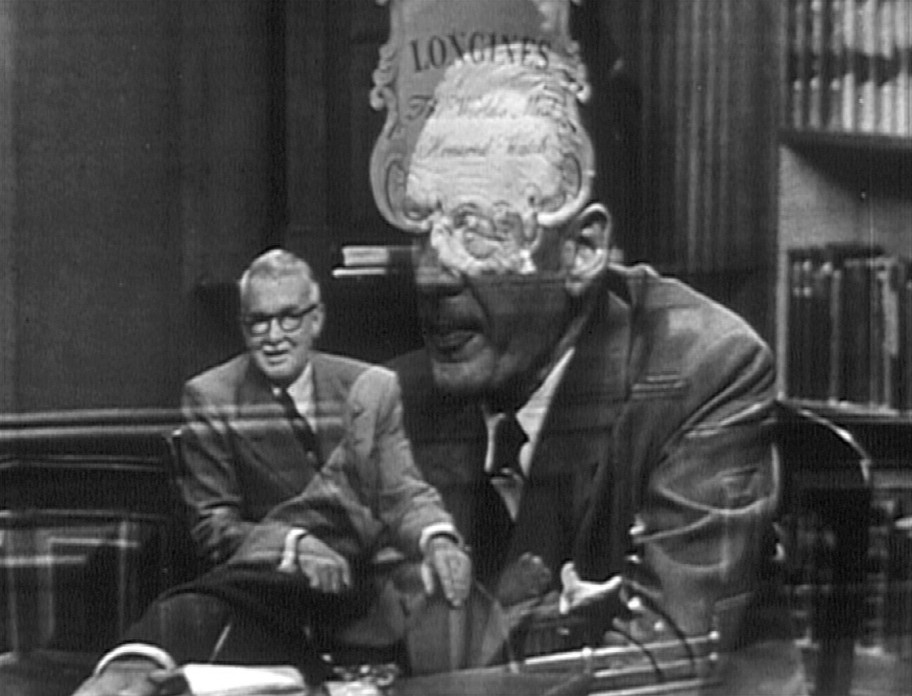 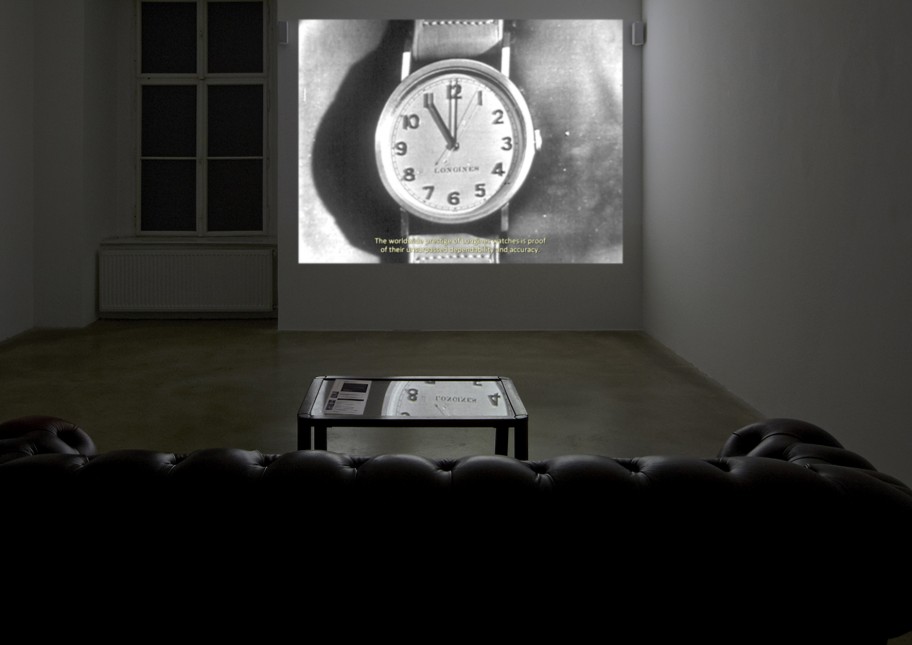 The gallery’s lower floor will be showing the video installation Chronoscope, 1951, 11pm (2011) of Venezuelan artist Alessandro Balteo Yazbeck made in collaboration with art historian Media Farzin. For his most recent work they gathered film material from US TV show Longines Chronoscope which was broadcast between 1951 and 1955 on CBS. The show served as a platform for politicians, diplomats and corporate representatives who discussed foreign-policy and economic issues that were current at the time.

Balteo Yazbeck and Farzin combined fragments from the shows into a collage, thereby interlocking the discourses on politically relevant issues which complemented each other. The transcribed, original scripts taken from Longines Chronoscope are taken out of their context, put into a new order and at the same time interrelated. In this new contextualization, they emphasize the program’s role in the “manufacture of consent” and significance of the TV format as a sounding board for the political discourse, and as a forerunner of today’s infotainment.

Balteo Yazbeck’s work is informed by historic conceptual art.  He frequently includes, quotes and refers to the works of others to produce his own projects, which are always recognizable as such and stress the idea of shared authorship.

Chronoscope, 1951, 11pm premiered at the 2011 Istanbul Biennale.
Alessandro Balteo Yazbeck was born in Caracas (VE) in 1972 and lives and works in Berlin.
Media Farzin is a New York-based art historian specialized in language-based art of the 1960s and 70s.