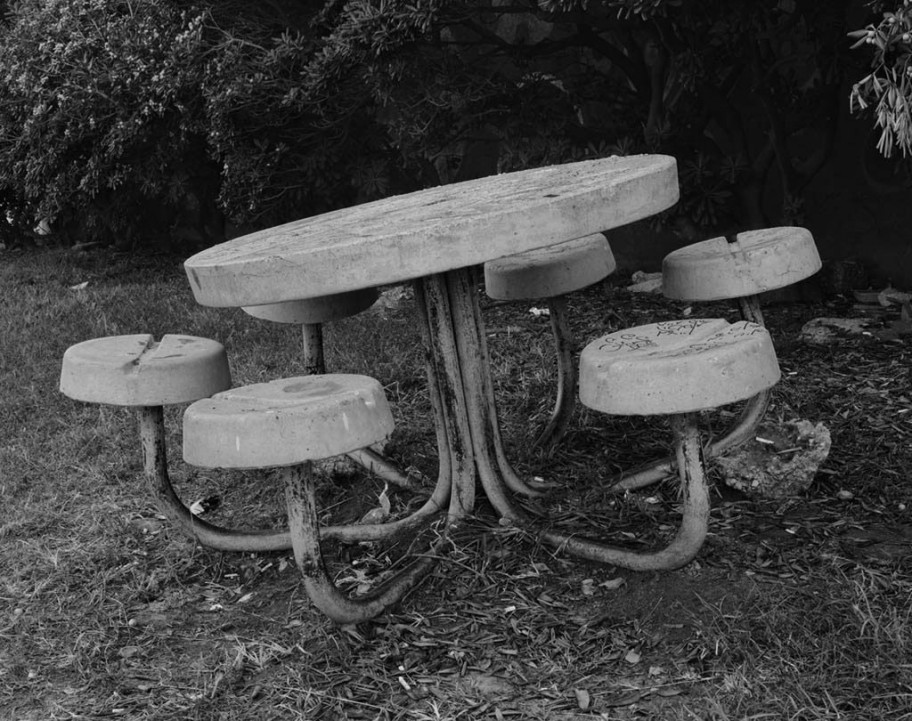 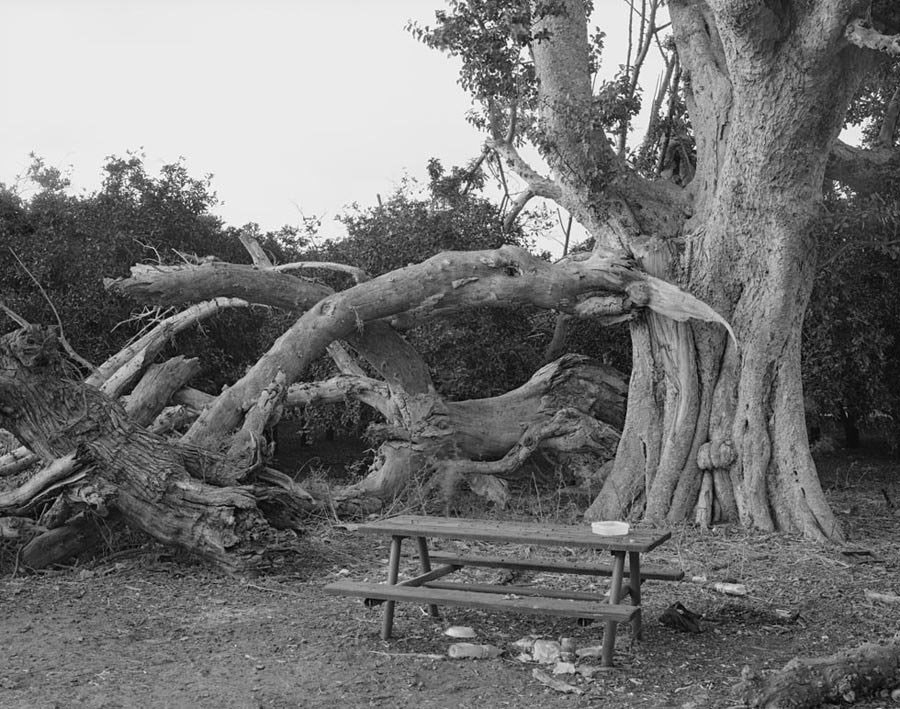 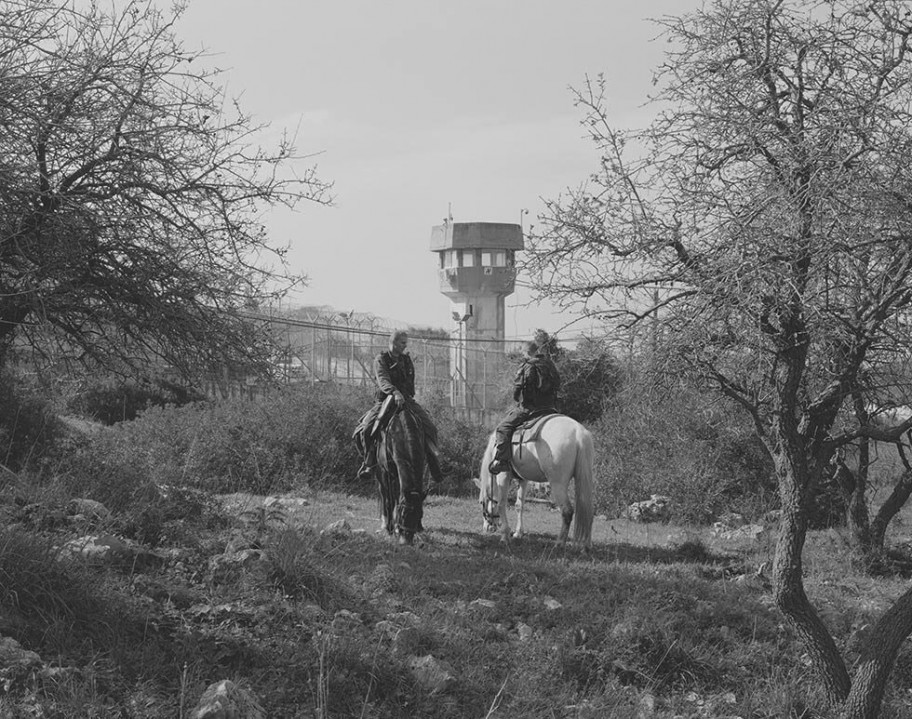 From September 9 to October 17, 2009, Galerie Martin Janda will be showing new works by Sharon Ya’ari.

Picnic tables, bus stops, camels on a desert mountain range. Sharon Ya'ari’s latest photographic works depict scenes of an in-between. “It’s about holding time, waiting time, gazing time. The images present a paused, frozen, almost fossilized situation.“ (Ya'ari). One of the larger pieces shows two men on horseback in a classically composed landscape, evoking associations with historic images of knights pausing in battle. Only at second glance, the viewer becomes aware of the watch tower in the center, which is part of a prison. „Living in Israel, a country with a painfully acute sense of the mutual dependency of geography and national identity, Sharon Ya'ari is particularly aware of the socially constructed character of the landscape. (…) By playing with the dictates of the Arcadian tradition, Ya'ari's images tread a fine line between reality and escape, offering up a kind of damaged utopia.” (Gregory Williams, Artforum)