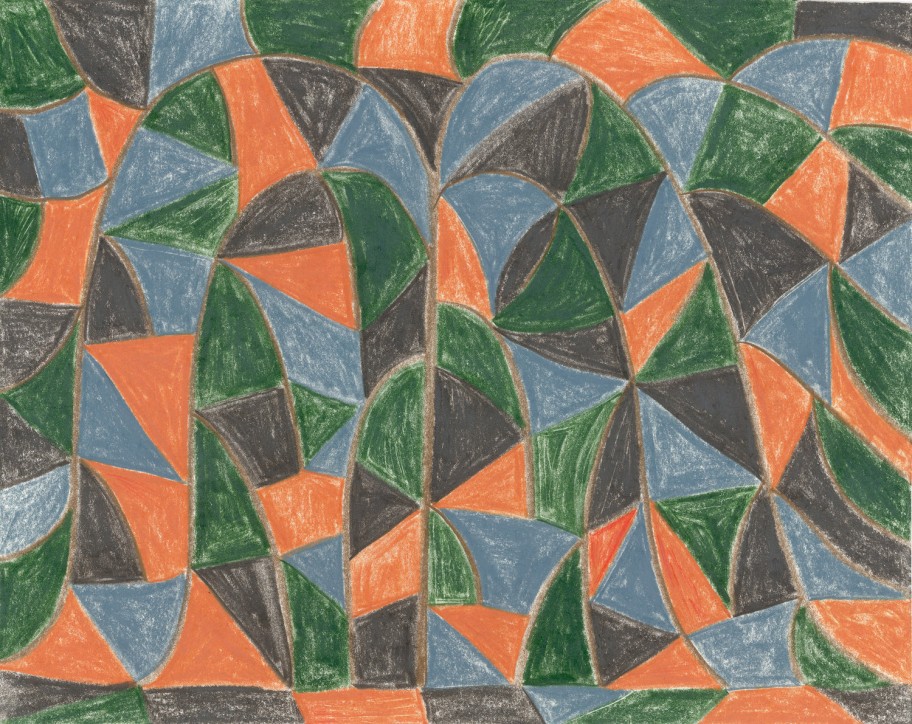 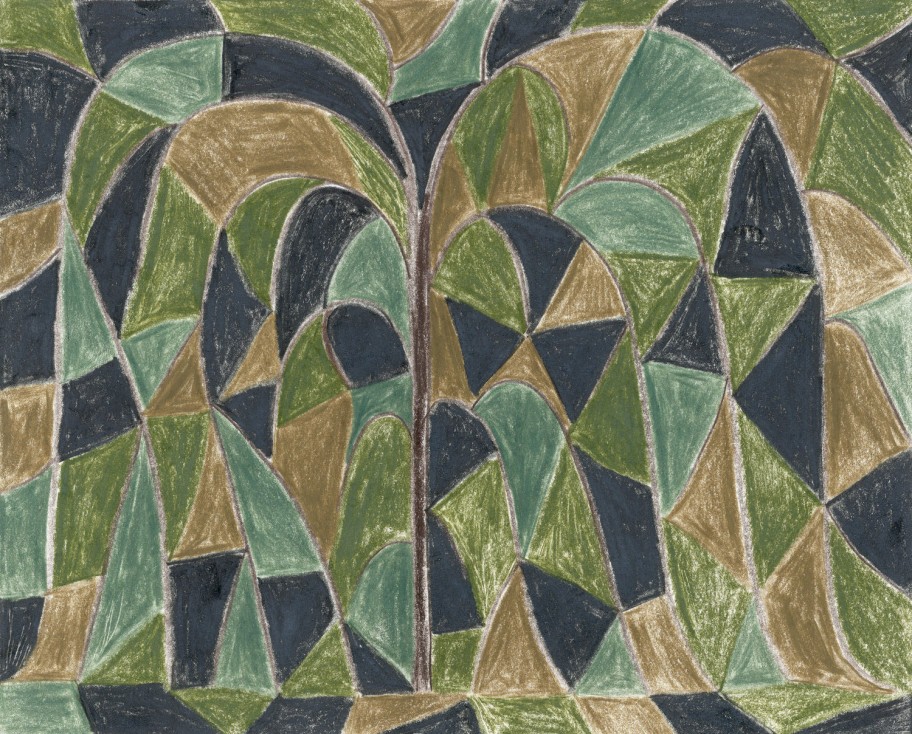 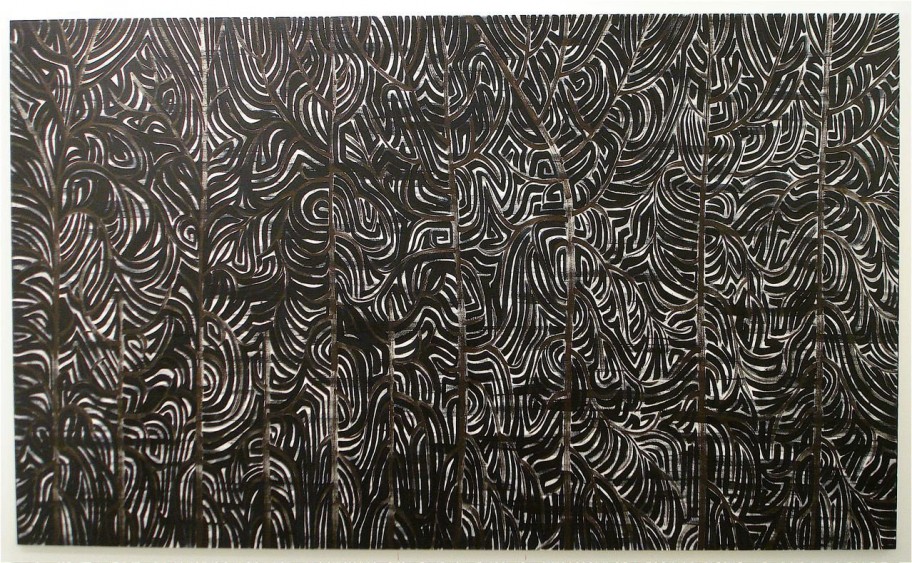 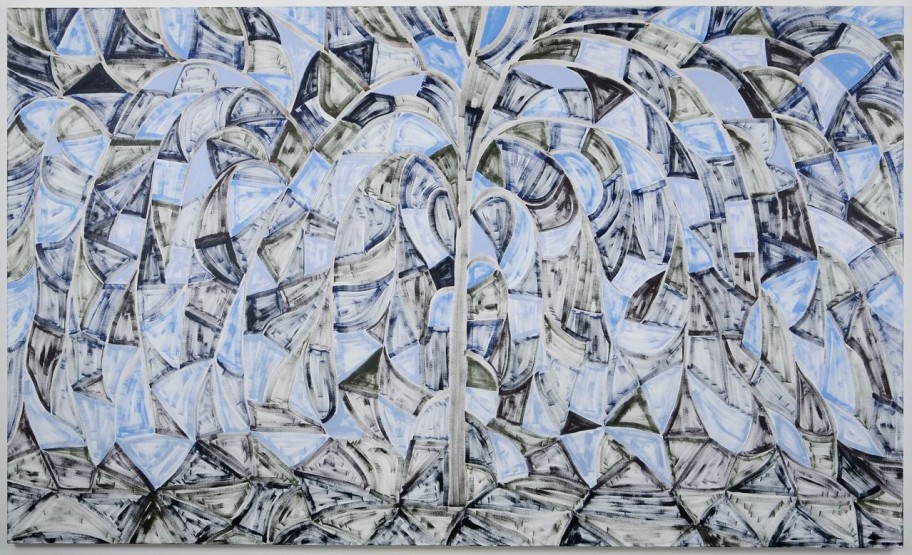 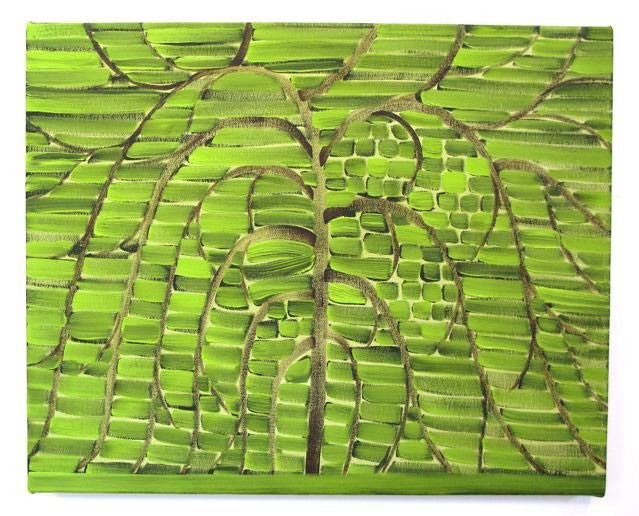 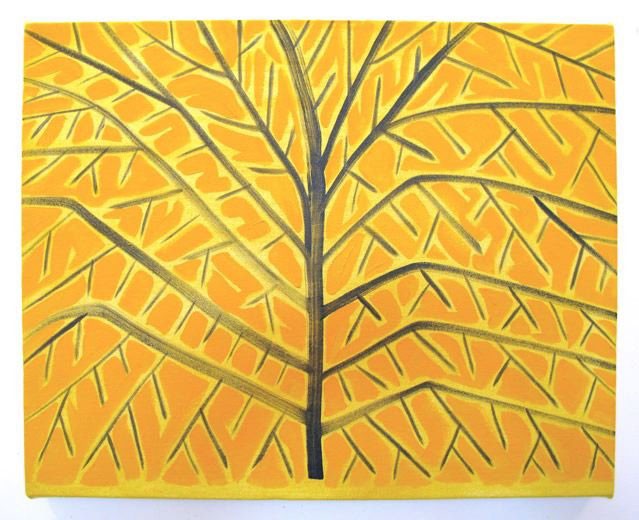 From September 9 to October 17, 2009, Galerie Martin Janda will be showing new works by Benjamin Butler.

“Let’s paint another tree.“ Benjamin Butler, born in Wamego, Kansas in 1975, developed a painterly interest in the artistic motive of the forest and the tree several years ago. Butler’s approach appears playful, the same being true for his use of different styles and formal conventions of modern painting. During a process of abstraction, the motive of the tree or the landscape is dissolved into shapes, lines and color fields, with Butler applying the whole range between masterly perfection and amateurish action. Although focussing on just one motive constitutes a limitation of his formal possibilities, the variation of the same theme leads to the disintegration of the narrative element and, thus, to a certain liberation, lending radicalness to his position.
“It has been written that my paintings are about the decline of modernism, and the kitsch, which is a nice way to put it, but to me it feels more like I’m reconciling or synthesizing the differences between high and low art, or fine art and kitsch. And this kind of parallels my own identity, because to me it feels like I’m of two minds: what I usually call my Kansas mind – formed by growing up in a place where culture consists mainly of regional landscape painting and decorative arts, and crafts, and everything after Kansas – Grad School in Chicago, and living in New York. So I have two separate cultural histories that I can comfortably flip back and forth between.” (Butler)