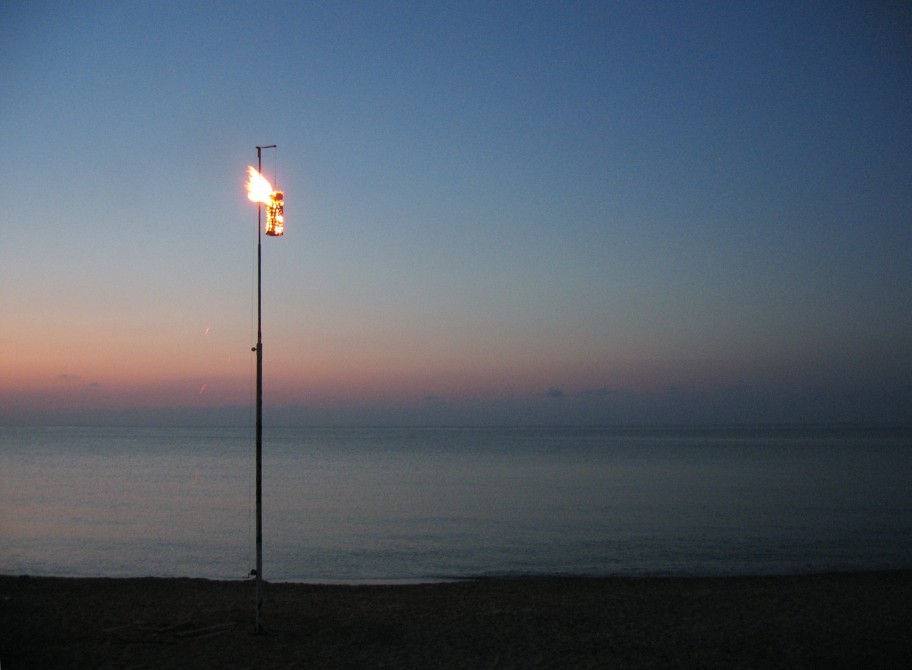 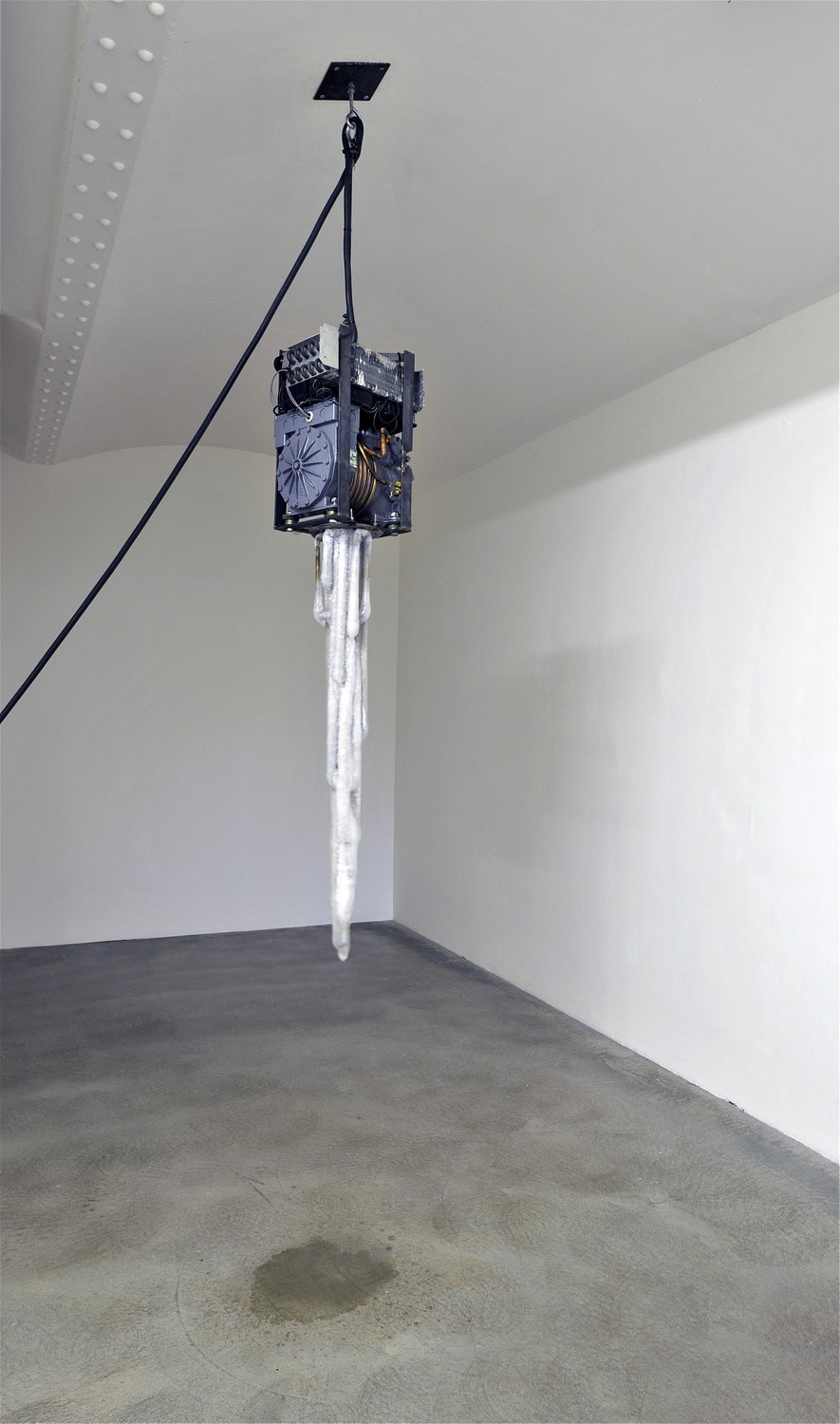 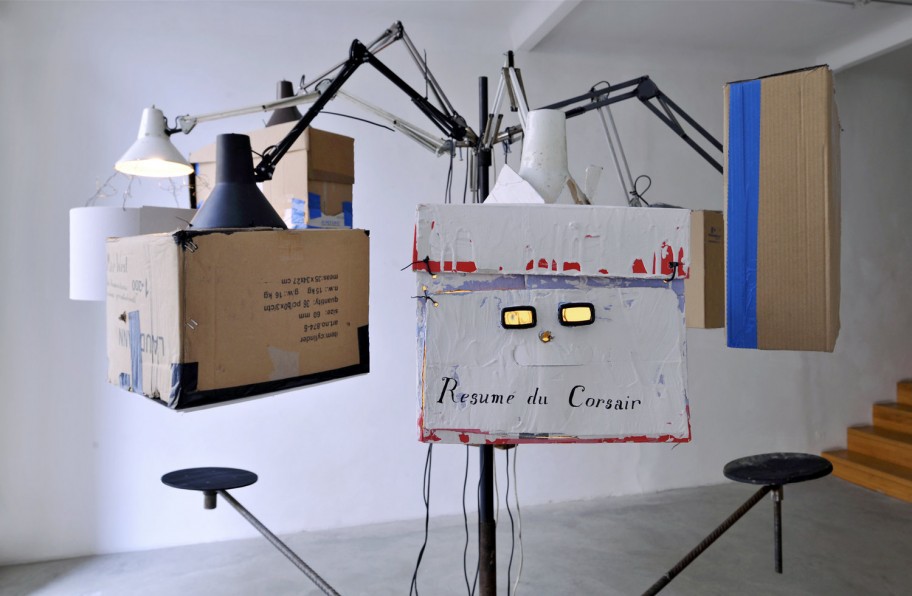 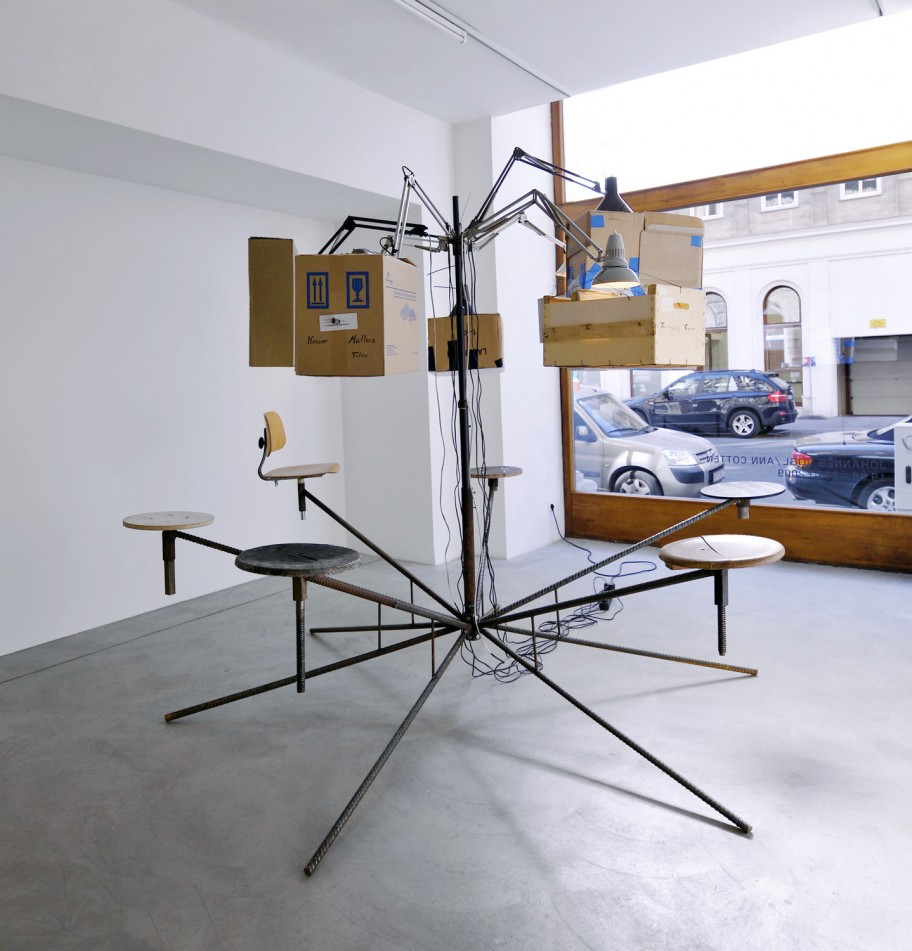 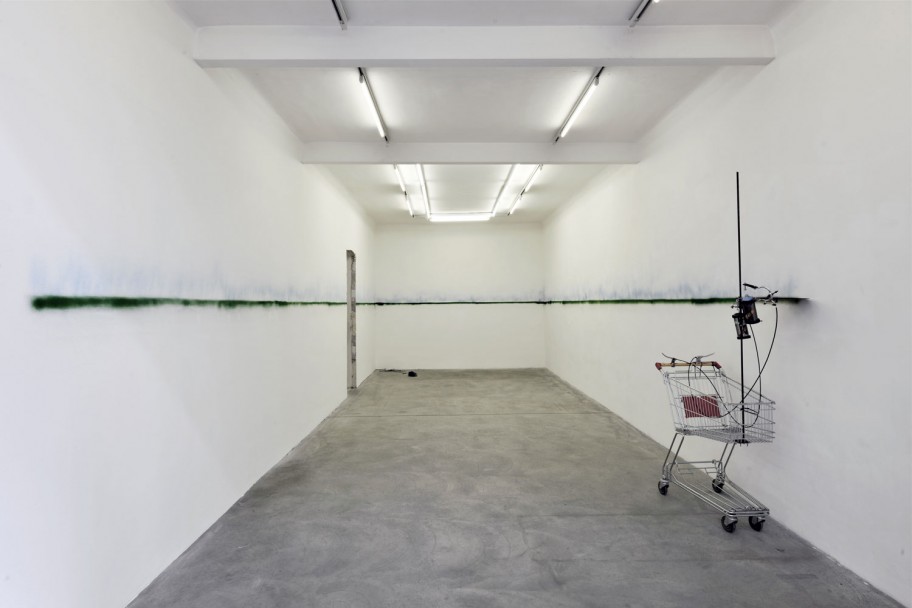 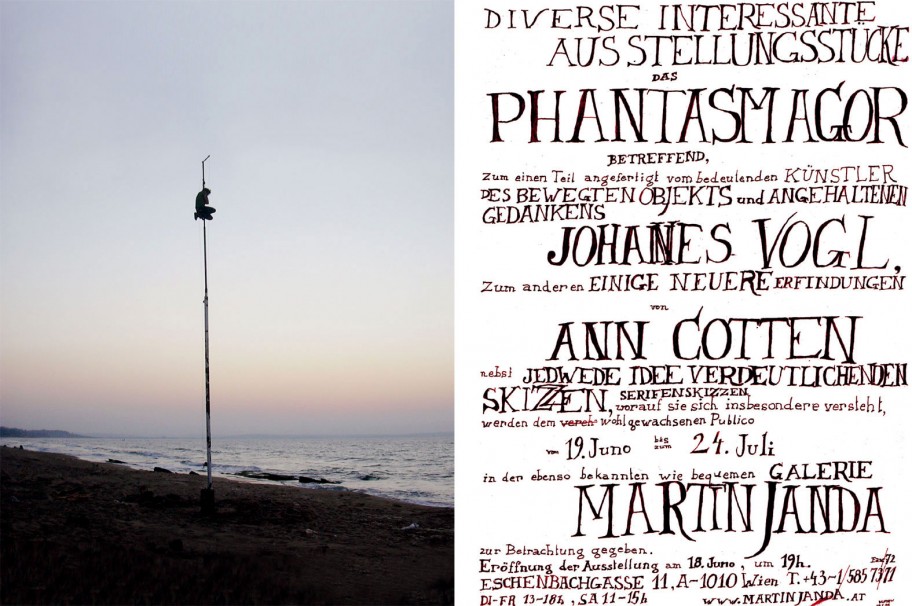 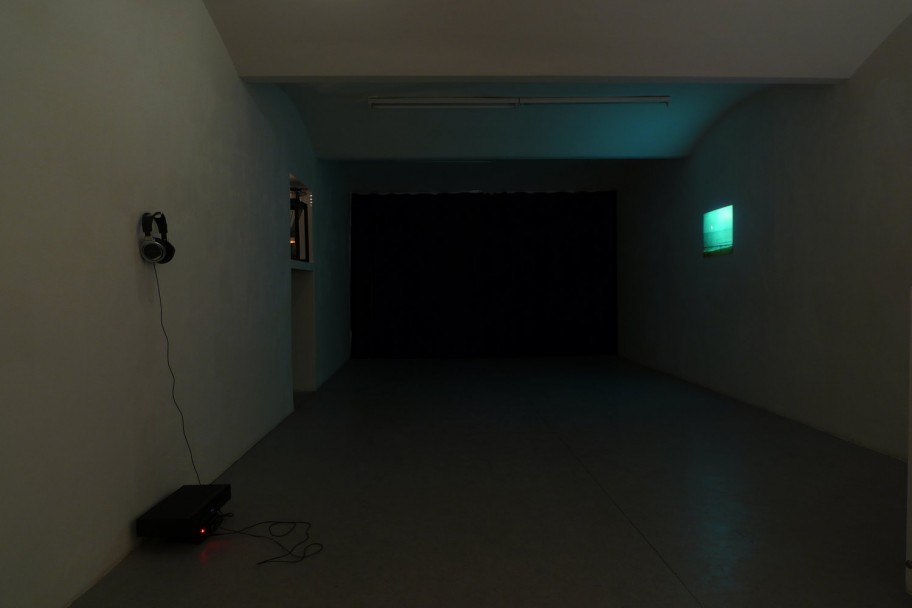 From June 19 till July 24, 2009, Galerie Martin Janda is presenting an exhibition by Johannes Vogl and Ann Cotten.

„Here, Jo, a truckload of sentences“. Thus begins the text Ann Cotten wrote about the work of Johannes Vogl in the book Bildsatz. The two’s cooperation for this exhibit began at the same moment. Works of each, drawn, acoustic and textual, are on show as well as a joint sculpture.

„The phantasmagoria itself doesn’t appear. Surrogates give aid to the mind. Horiziontal and vertical marks (JV), verbal attemptive flowering (AC), the wuthering, empty desperation of a senseless temperature difference (JV) and, as centrepiece, the Kaiserpanorama (AC & JV): wonking delicacies, soldered showcases with seating. To explain its content, AC has drawn a drawing which takes into consideration art’s value in use. That is to say that the drawing is not merely speculative but also informative. It quotes Benjamin and some French, for example, and it demonstrates the structural correspondence between Haussmann’s boulevardisation of Paris and an early ferris wheel sketched by a Dutch traveler in 1825 in St. Petersburg, which is actually the main theme of the picture. The utility value of JV’s art is that it works. The phantasmagoria thus is grabbed in pliers by, on the one hand, the approach from the side of the mechanical demonstration, and on the other side trains of thought that have broken through to the designation, piercing the image. Whereas in the real world, the phantasmagoria is upheld by the irony of the values, this carrying structure has been replaced for coming generations by a scaffolding of good ideas, just as the deed is replaced by the scolding.“ (Ann Cotten)

Notes:
Bildsatz. Texte zu bildender Kunst. Edited by Franz Josef Czernin, Martin Janda. DuMont Buchverlag, Köln 2008.
Phantasmagoria: 1. Chimera, illusion 2. dramatic show of illusions, ghosts etc. on a stage; mechanical generation of the same. Marx, Adorno and Benjamin all speak of phantasmagoria, and we still don't know exactly what it is supposed to mean, although we live in it according to these men (cf. toys'r'us).