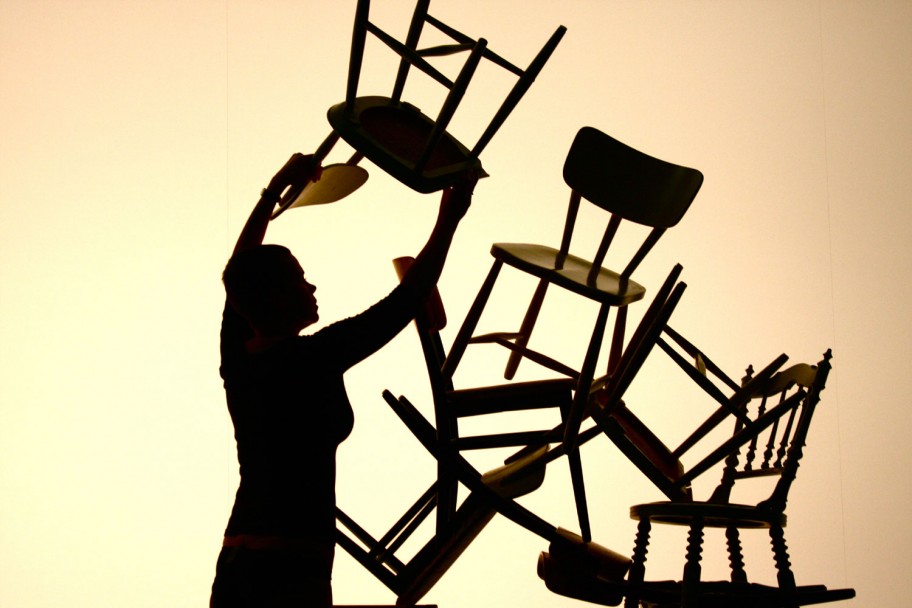 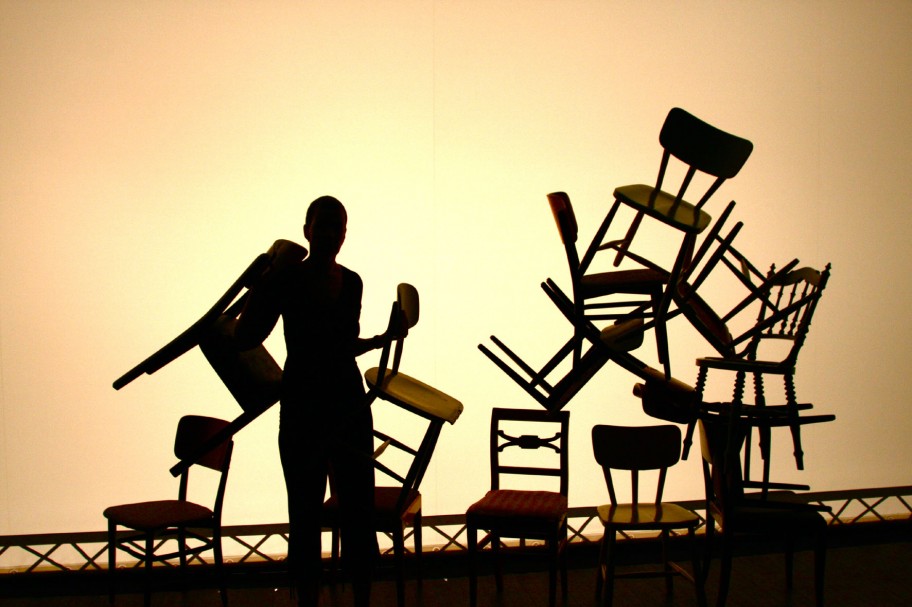 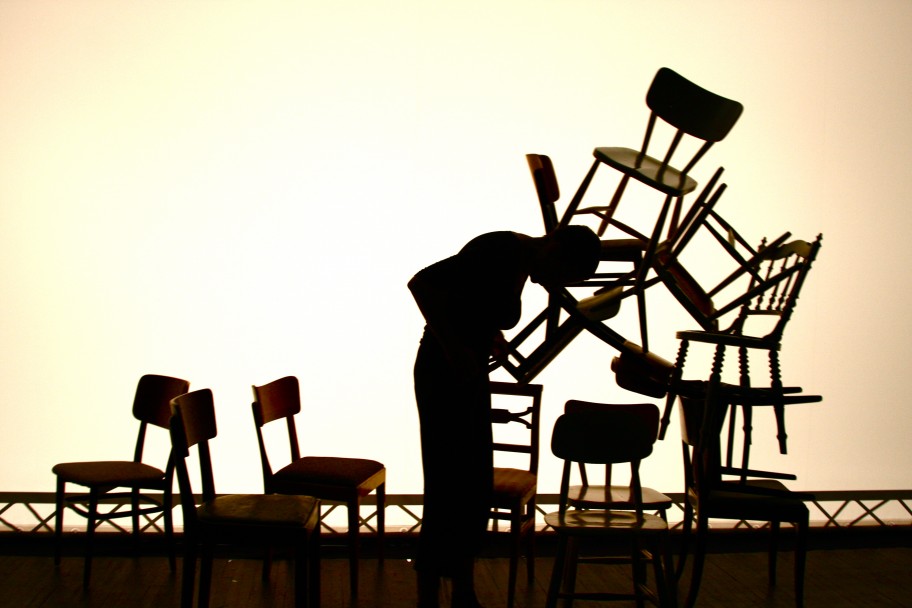 On the gallery’s lower level, we are showing a new video by Ene-Liis Semper: Was macht mein Zuhause aus (2009; 13 min) tells the story of a woman who dreams of a new home. She purchases chairs from an antique store for the new home. In her mind’s eye, it will be spacious, bright and lofty. The woman, who is depicted as a silhouette, collects other items of furniture, chairs, sofas, and three pianos. Although she invests all of her energy in creating a home, she seems alienated and isolated, even from her children. Her urge to collect becomes an obsession; she stacks one piece of furniture atop the next and then vanishes, as if into a cave. The video revolves around the meaning of home (is it a place, objects, a person?), but does not adhere rigidly to the narration. As in her previous work, Ene-Liis Semper creates an abstract realm; this allows her to thematize the inner and outer fragility of the human psyche.

Ene-Liis Semper was born 1969 in Tallinn, Estonia and is currently based there.