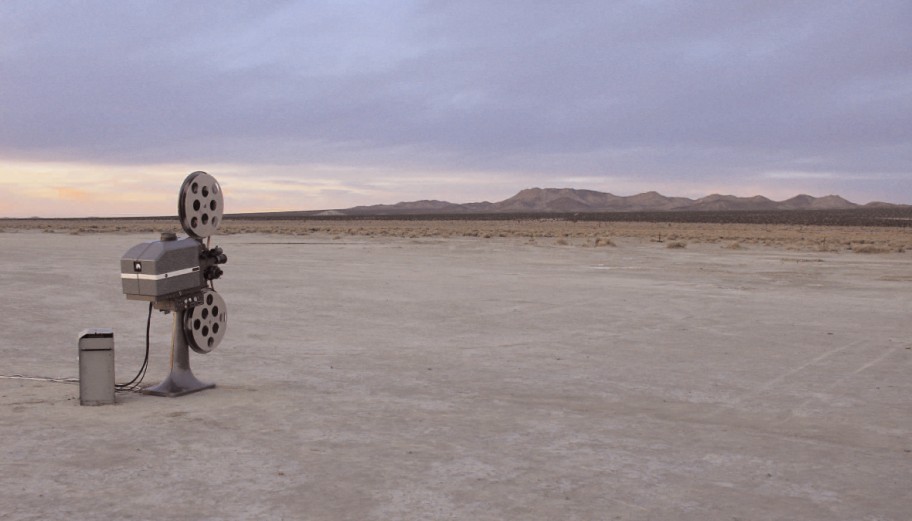 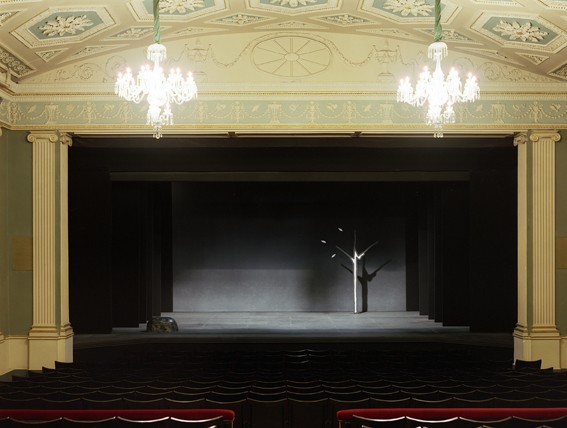 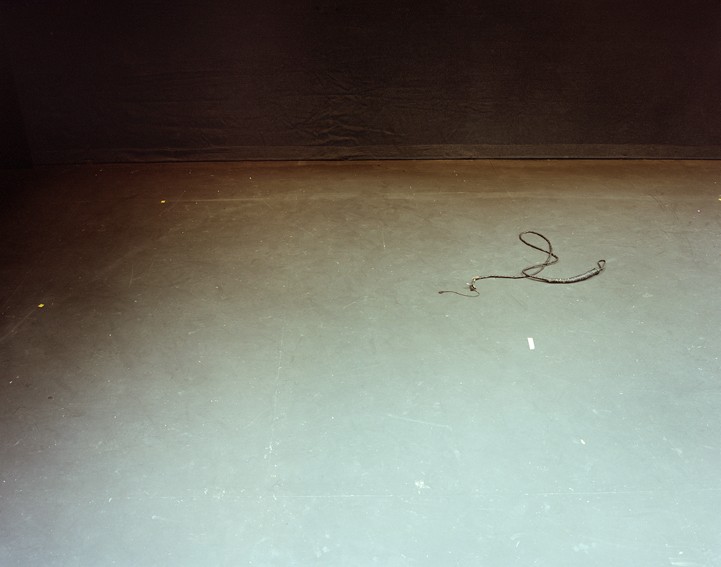 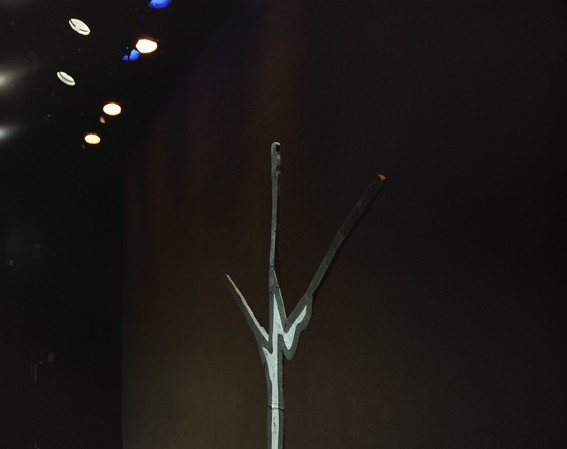 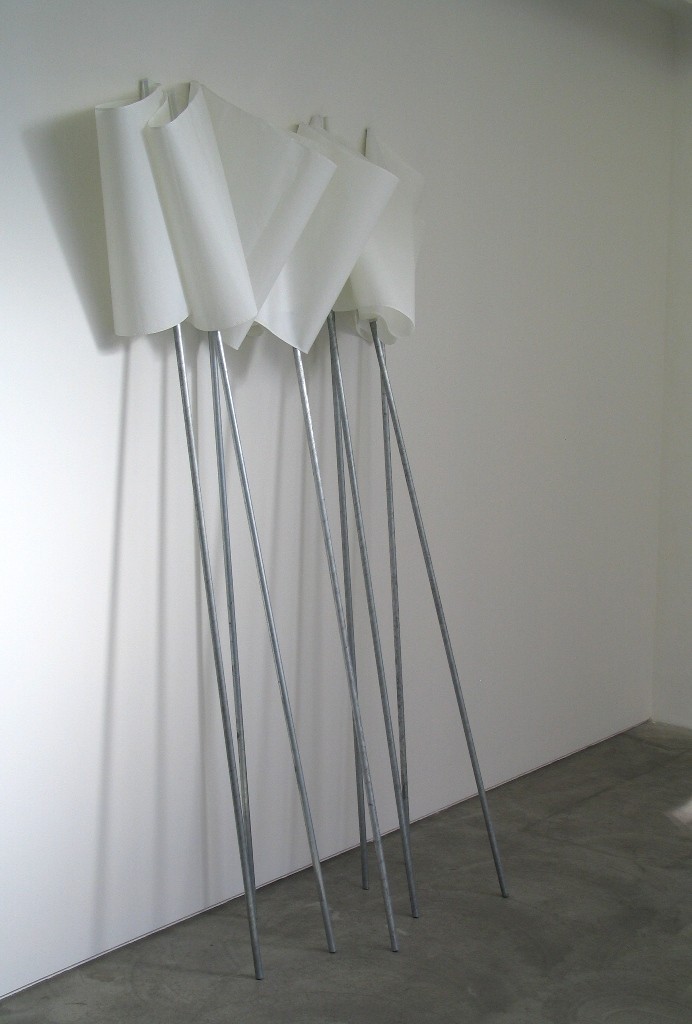 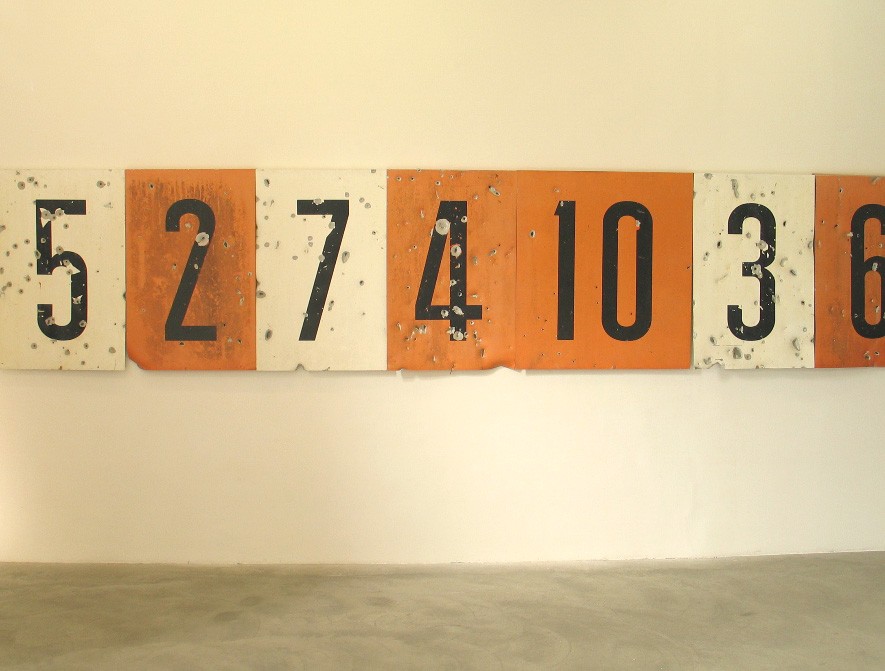 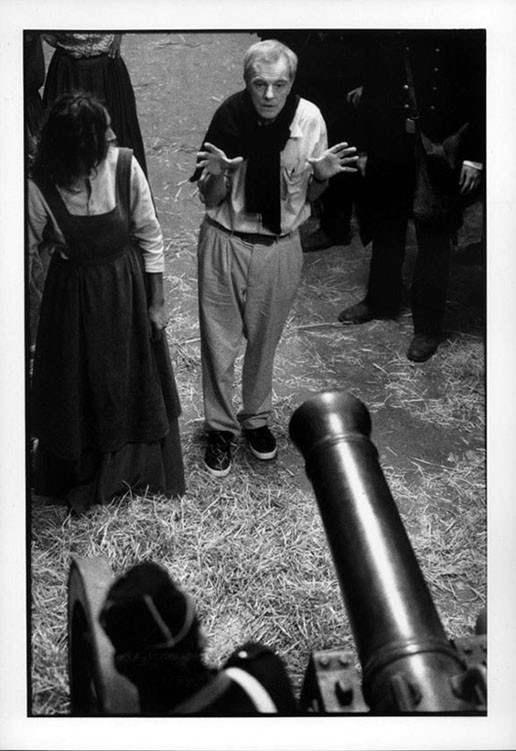 From 28 April to 9 June the Galerie Martin Janda is showing the exhibition On Peter Watkins, with works by Gerard Byrne, Werner Feiersinger, Melik Ohanian, Corinna Paltrinieri and Roman Signer: films, photographs and sculptural positions relating to the works of the film-maker Peter Watkins or taking elements of those works as their themes.

Political subjects in provocative formulations and a radical independence of the media and film industry are characteristic of the visionary films of the Briton Peter Watkins and were also the reason that they were so seldom shown. Watkins’ work found a worthy response quite late, even though The War Game was awarded the Oscar for the best documentary of 1967 (the BBC, who commissioned the work, banned it from being broadcast for twenty years).

Melik Ohanians Invisible Film (2005) refers directly to Peter Watkins’ Punishment Park (1971), a film about an imaginary punishment camp for political prisoners in America during the 1970s. The accused, imprisoned for demonstrations against the Vietnam War, were allowed to choose between 15 years in prison and three days in the “Punishment Park”. This turns out to be a hunt through the desert with an extremely slight chance of survival. Watkins’ film was censored by the American government with a twenty-five-year ban on performance.
Melik Ohanian now shows this film in the place it was filmed and the site of the original story, the El Mirage desert in California. Ohanian has both image and sound projected into the desert landscape, without a screen and at full length, as the sun goes down. The drama of the original material can still be experienced on the sound track, while the slow change of light over the landscape creates moments of quiet memory.

Deimantas Narkevičius’ Film The Role of a Lifetime (2003) is to be seen as an important extension of our exhibition in the Vienna Secession, where a solo exhibition of this Lithuanian artist is also on view. In this work Narkevičius combines three complex narrative levels: on the sound level there is an interview with Peter Watkins, who at this time was living in self-imposed exile in Lithuana. On the visual level, landscape drawings of Lithuania, sculptures from the time of the Russian occupation and found image sequences filmed by an amateur film maker in the English coastal resort of Brighton are imposed on each other. In his films, Narkevičius combines apparently unconnected elements only to develop all the more surprising moments of formal overlap and thematic expansion.

Edvard Munch (1973–1976) was the first film of Peter Watkins, with which the sculptor Werner Feiersinger concerned himself in Rotterdam at the beginning of the 1990s. His sculpture Backboard (2007) consists of eight metal uprights bound with a textile ribbon. Like banners for a demonstration, the uprights lean on the wall suggesting, with the unprinted sail-cloth, that contents are interchangeable and pointing to questions of the individual and the collective. When set up, the metal staves, bound with white material, create an octagon as an enclosed form: perfection, formal discipline and hermetic sealing.

Roman Signer’s large-scale work Blechtafeln (2006) was made of found parts from a shooting gallery. Although they are supposed to represent only the target, the metal plates have been deformed by many shots: as a sign of incapacity or intention.

The Irish artist Gerard Byrne investigates in his work how photography, mass media and film have influenced the visual culture of the 20th century. All of Byrnes’ photographic works and films are based on the idea of translating recent history or reconstructing it, in order to cast a new light on apparently known truths or forgotten cultural influences.
“They release something, they don’t just imitate” – new experiences are created, whether by the intentional manipulation of original texts or the extremely artificial illumination of particular landscapes.

The series of photos by Corinna Paltrinieri permits an intensive and very personal insight into the filming work of Peter Watkins in his last major project, La Commune (2000). The film, created with more than 200 (amateur) actors, is concerned with the origins and struggles around the Paris Commune of 1871, but the photos also deal with the common experiences that all the participants in the film share and bring into the action.

Parallel to the exhibit, the Filmmuseum shows in cooperation with kinoki a Peter Watkins Retrospective (April 25 until May 4, 2007, see www.filmmuseum.at ).