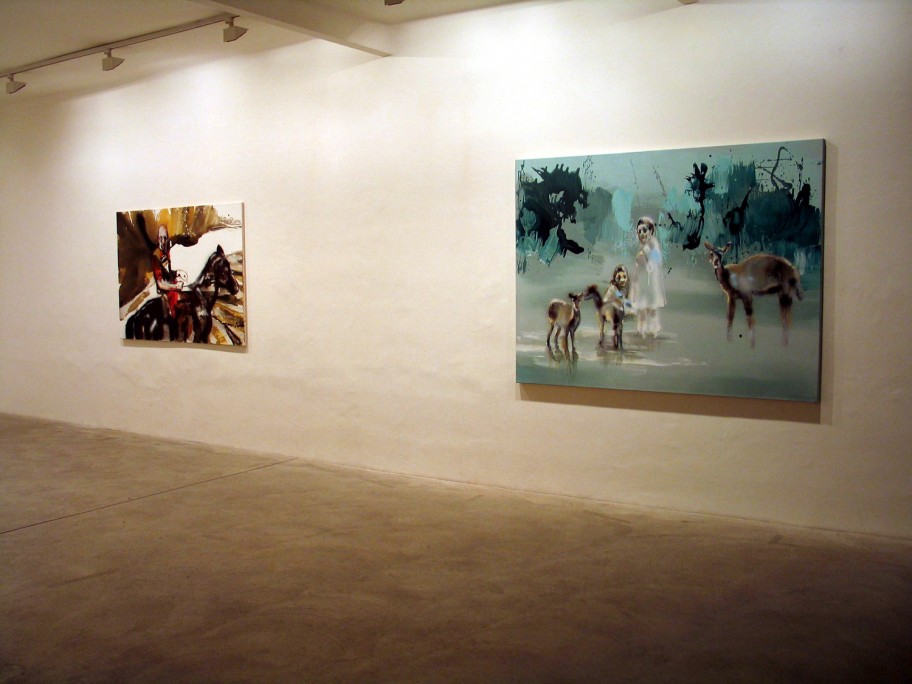 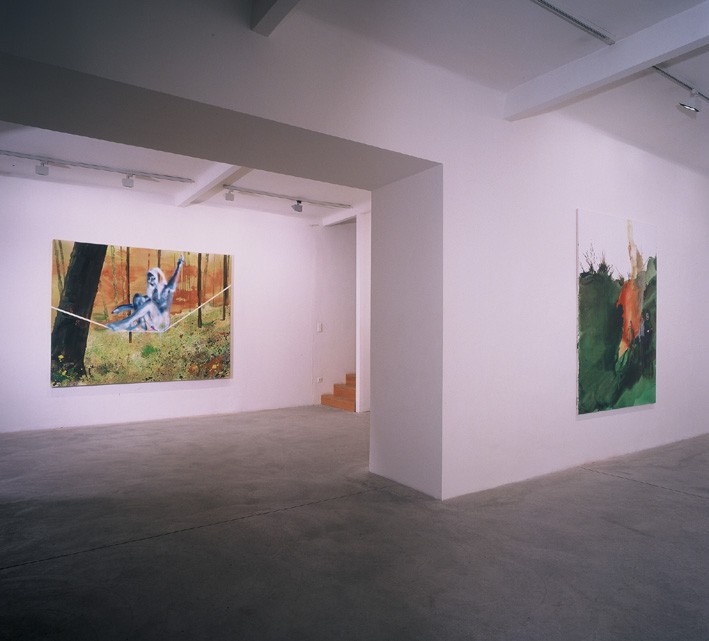 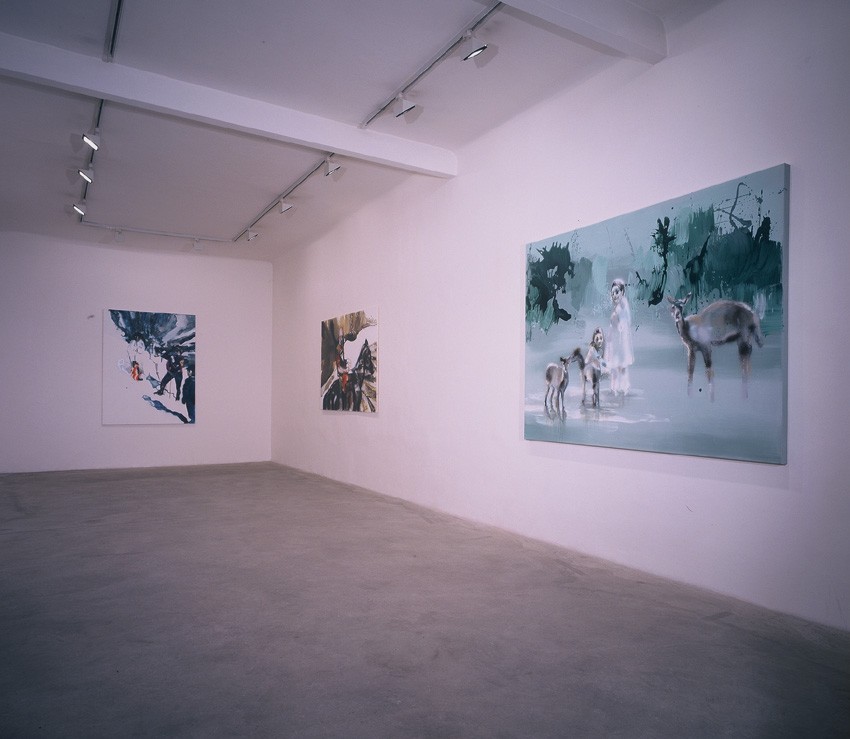 Galerie Martin Janda presents the work of the Austrian painter Maja Vukoje from January 23 to March 6, 2004.
In the mid-90s Maja Vukoje’s career was launched with her large-format, caricature-like oil paintings. In exaggerated colors, the paintings depict the artist – her physiognomy disfigured and contorted – in dream worlds and places of longing. In her next series, Vukoje created representations of puppets’ heads and bodies, intensely confronting the topic of man’s inner and outer fragility.

Maja Vukoje’s most recent series marks – not just in content, but also in technique – an important step. The themes seem prosaic at first: people on horseback, children in the woods or a woman in front of a curtain. The vague – almost ghostly – impression is brought about by her painting technique: a dynamised landscape painted thinly, the line quality varying from masterly to expertly lax. Elements of import for the narrative (images and figures) are sprayed on in contrasting colours, in glaring to toxic hues. These elements are employed sparingly, alternating between lucid and “dirty” painting. The representation of psychic and physical states, which Vukoje already thematised in her puppet series, was especially important for her artistic development and has shifted in these new works to “in-between realms”: she demonstrates virtuosity in conveying elusive moods. “Inner conflicts, fragmentation and contradictions, which must unavoidably be endured, seem to ooze like acid to the surface and dissolve the innate closed form.” (Stella Rollig: Malen, um sich den Schatten zu stellen, in: Maja Vukoje, Exhibition Catalogue Studio d’Arte Cannaviello, Milan 2003).