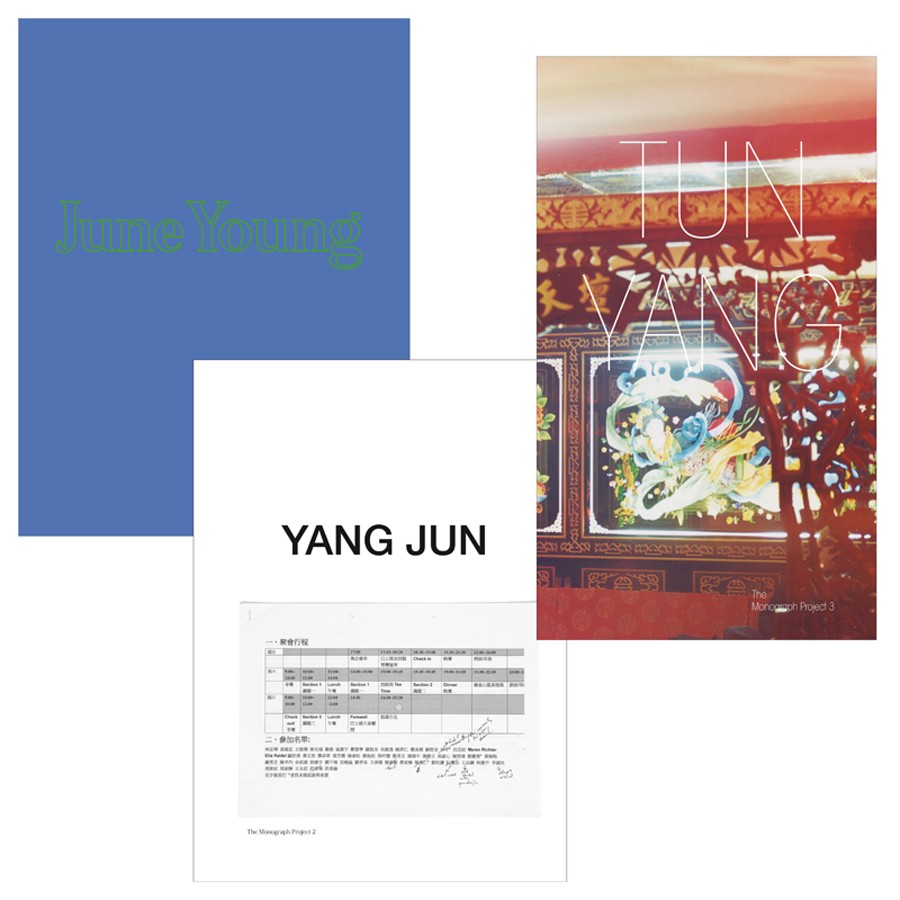 Altogether six volumes form the monograph of Jun Yang. It is structured alongside key issues and key projects the artist has worked on over the past eighteen years. Formats, papers, covers, and even his name change with each volume: from June Young, Yang Jun, Tun Yang, Jan Jung, Yi Chuan to Jun Yang. Having grown up and lived in different cultural contexts, the artist has often faced variations of his name in spelling and pronunciation. This has formed the point of departure not only for this monograph but also for many of his artistic projects, which deal with naming and questions of identity. Consequently, biographical writing itself becomes a subject of examination.

Volume 1 places emphasis on the genre/media film and on Yang’s film trilogy: A Short-Story on Forgetting and Remembering, Norwegian Woods, and Seoul Fiction; volume 2 focuses on the project a contemporary art centre, taipei (a proposal) for the Taipei Biennial 2008; volume 3 presents various projects in the restaurant industry, which Jun Yang did in collaboration with others.

The monograph constits of two parts with three volumes each; volumes 4–6 were published in 2018.