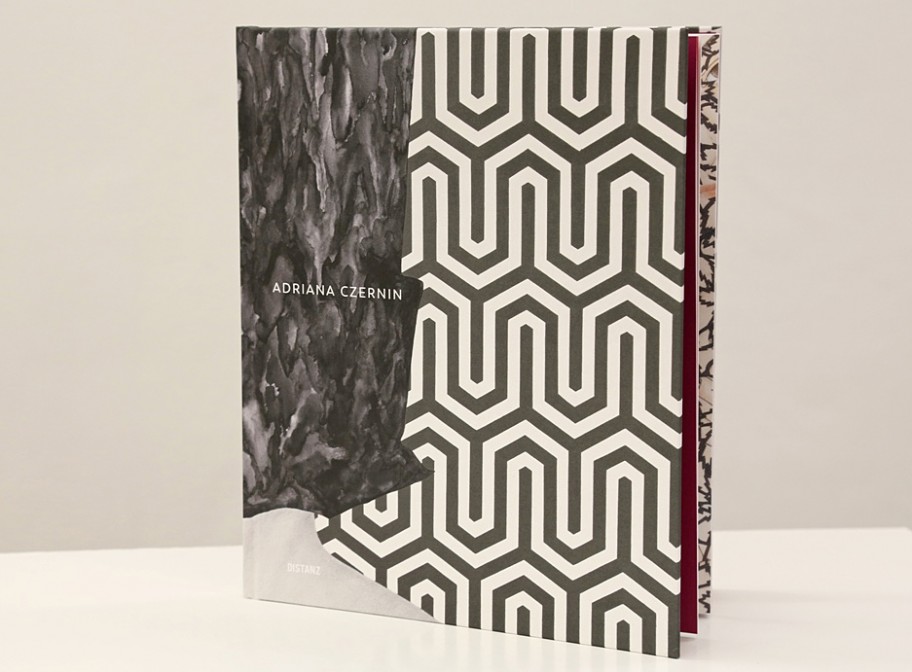 The publication with texts by Catharina Kahane and Martin Prinzhorn (ger/eng) is being published by DISTANZ Verlag and presents Adriana Czernin's works from recent years.

The limited special edition, each with an original drawing, is published in an edition of 18 copies.
In the drawings of this series Adriana Czernin excluded the depiction of physicality and focused entirely on the ornament. Jagged brown and black tendrils hook into one another and form a thicket of patterns and shapes. Through repetition and condensation the impression of deconstruction and fragmentation of an originally homogeneous pattern arises. In fact, it is a self-contained composition that creates new meanings through overlays.